**Wowowow and why has it been a couple of days since my last post? Well, life happened. lel

Hey guys! I’m back with another edition of ErisGoesTo Manila ! This time we explore the Metropolitan Museum, located within the Bangko Sentral ng Pilipinas Complex along Roxas Boulevard in Malate. Founded in the 1970s, the building is home to various modern and contemporary visual art pieces by both local and international artists. 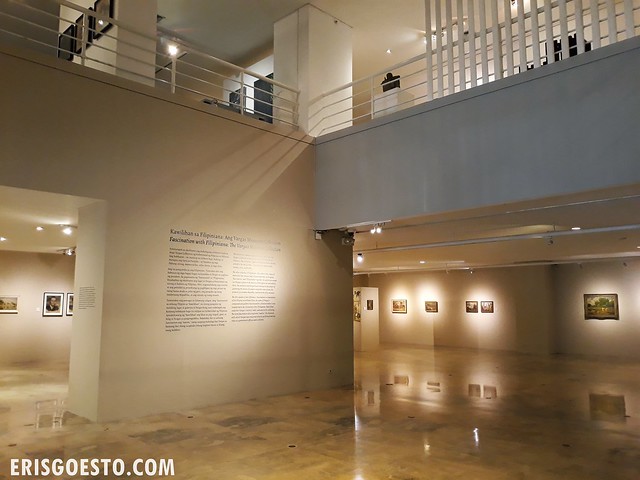 We were there on a weekday so the place was empty. MORE FOR ME

Photos were only allowed on the ground floor. 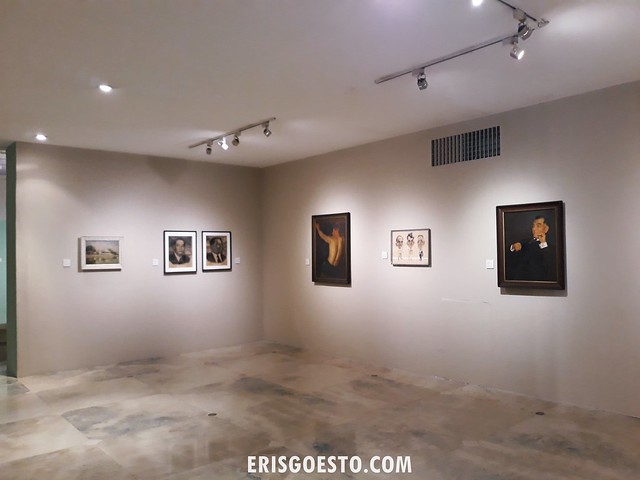 There are currently two ongoing exhibitions on display. The first, FASCINATION WITH FILIPINIANA: THE VARGAS COLLECTION (running until July 27 2018) features works collected by lawyer and diplomat Jorge Vargas, including art, books, coins, memorabilia and stamps gathered before, during and after the Pacific War. Also running concurrently is IN THE WAKE OF WAR AND THE MODERN: MANILA, 1941 TO 1961, which focuses on the relationship between Vargas and the city of Manila, in particular during and after the Japanese period. 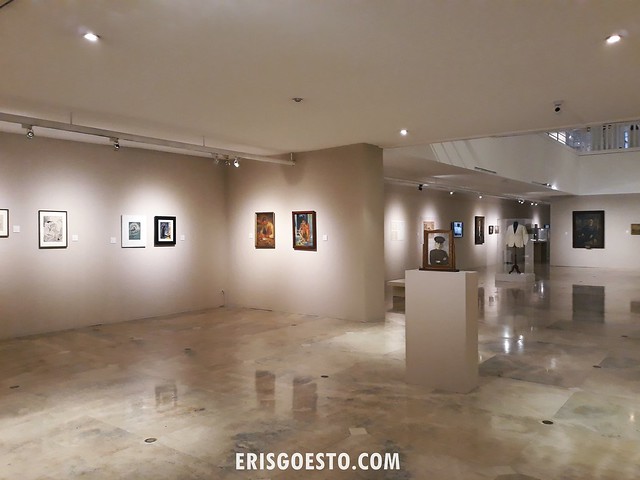 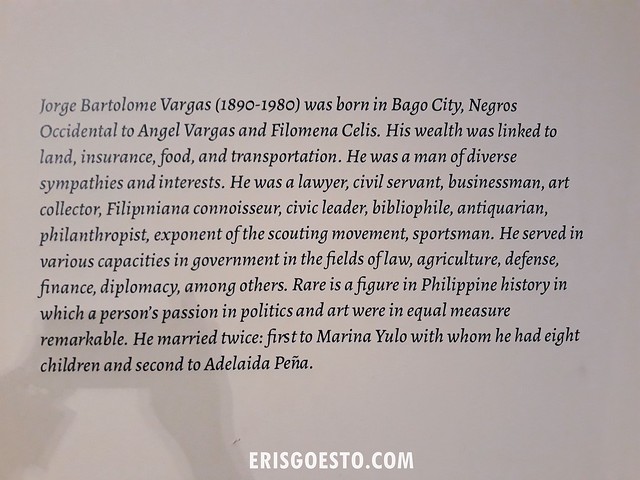 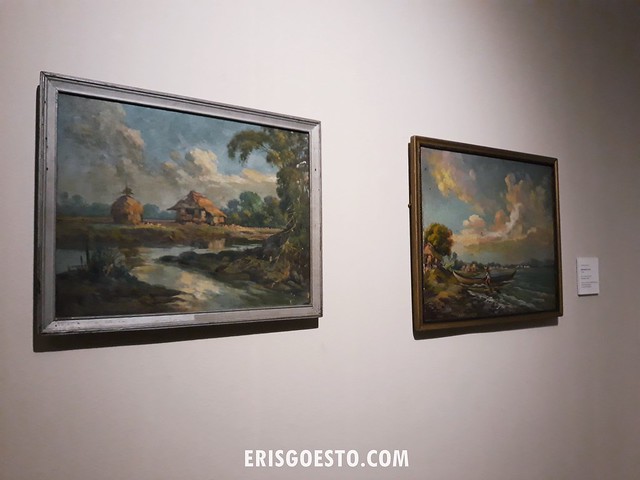 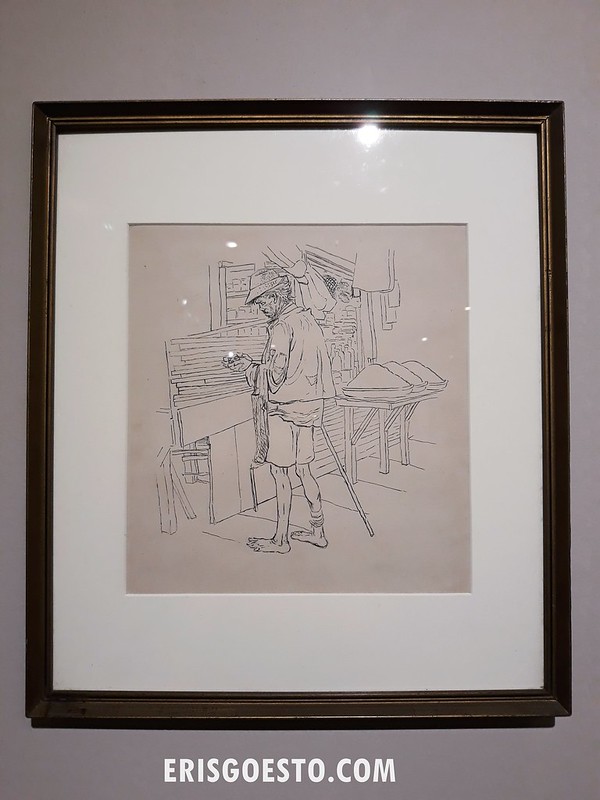 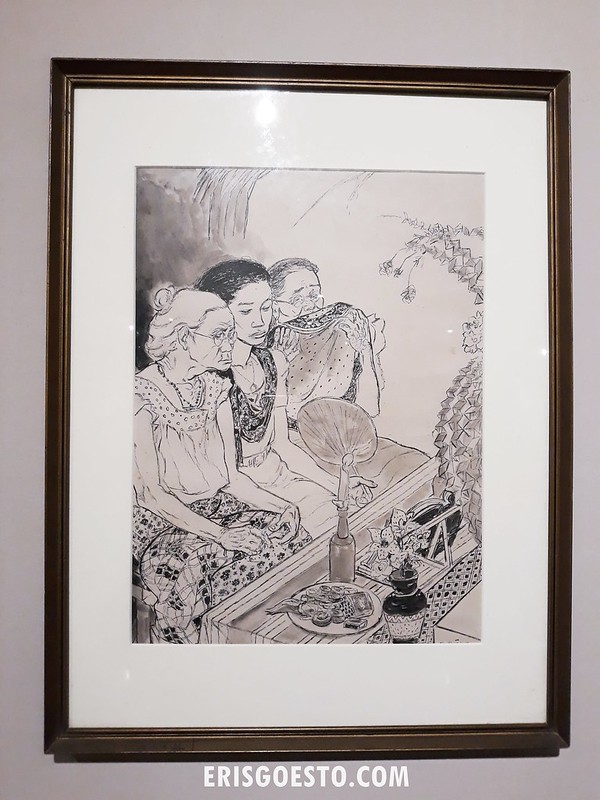 Pabasa (reading of scriptures), by the same artist 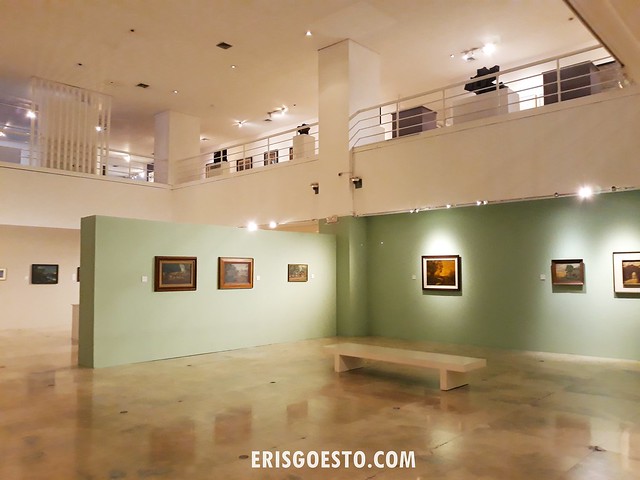 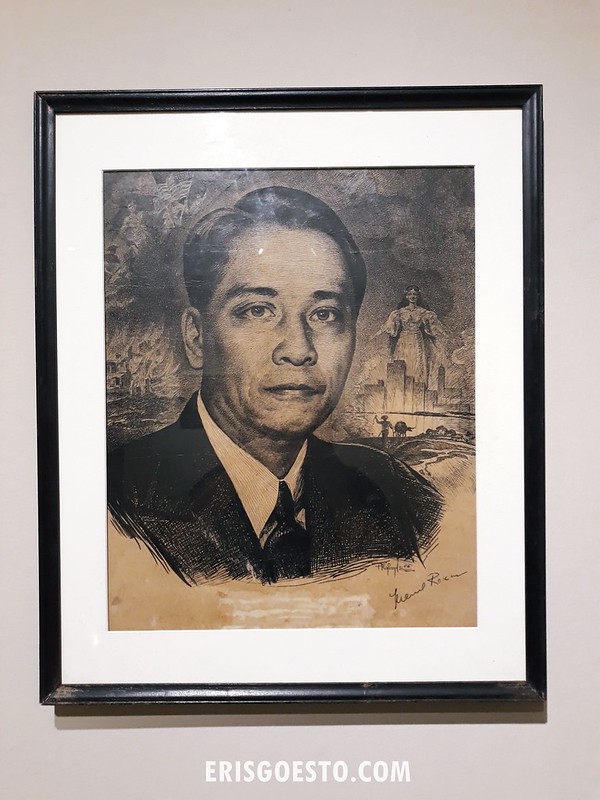 Portrait of Manuel E Roxas by Pedro Coniconde, pen and ink on Bristol Board.

This was one of my favourite pieces. If you zoom into the piece, you’ll see that he made the portrait by overlapping the pen strokes over and over again to form coherent lines and an overall picture. Amazing work! I also liked the juxtaposition of different images in the background. 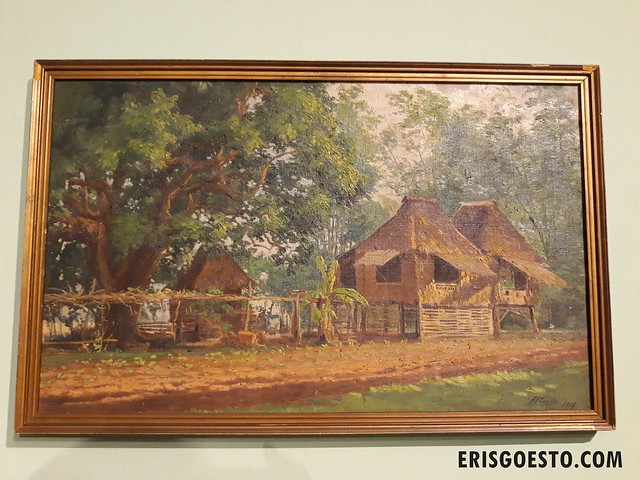 Kubo sa tabi ng Puno ng Duhat (Nipa Hut Beside a Duhat Tree) by Jorge Pineda, 1929, oil on canvas depicts a very traditional village scene. The colours were subdued and muted, which is something I noticed with Philippine art from the era; perhaps influenced art deco palettes. 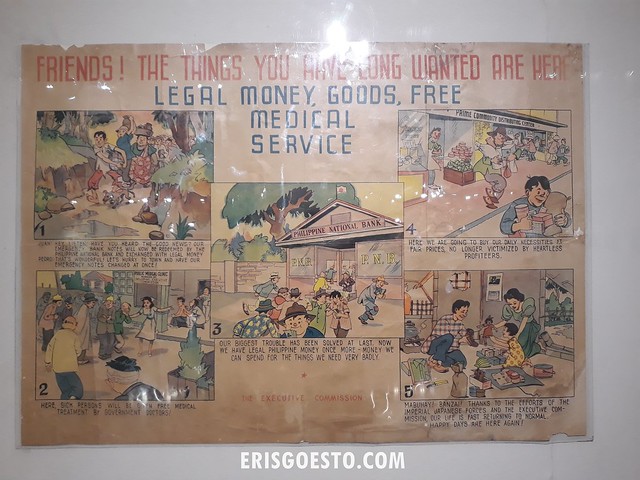 A poster for the Philippine National Bank, done during the Japanese occupation, urging citizens to exchange their currency at the bank for legal money. This propaganda poster has disturbing parallels to the ones produced in Malaya during the same period; and we all know how that turned out. I think we still have the ‘banana money’ handed down by my grandmother – ie money that was virtually worthless during the war because inflation skyrocketed to crazy heights. 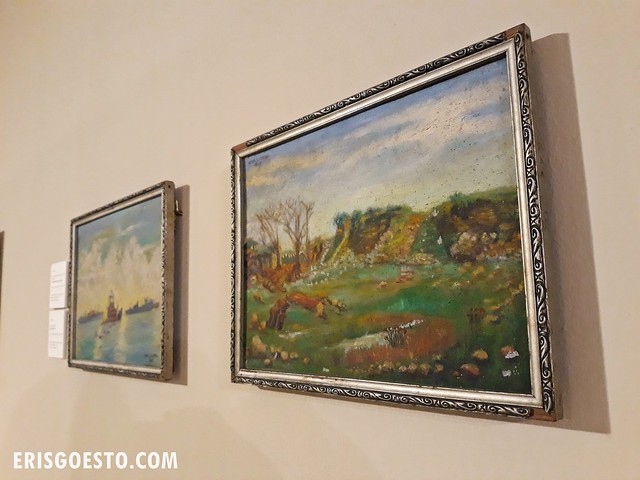 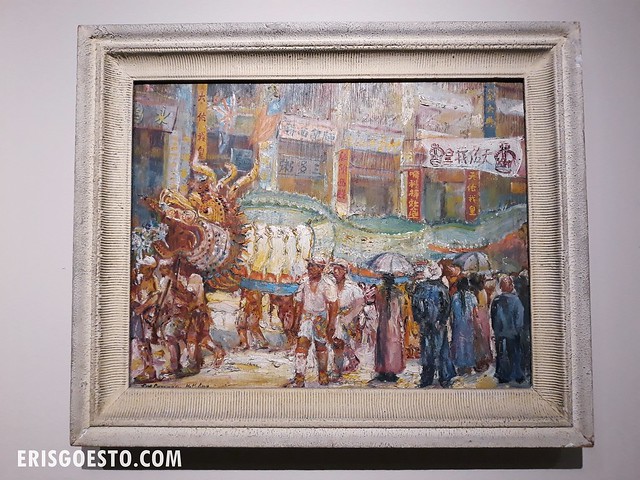 One of the more vibrant pieces imo: Dragon Procession by Diosdado Lorenzo, oil on wood board, undated – showing a scene from Binondo aka Manila’s Chinatown. 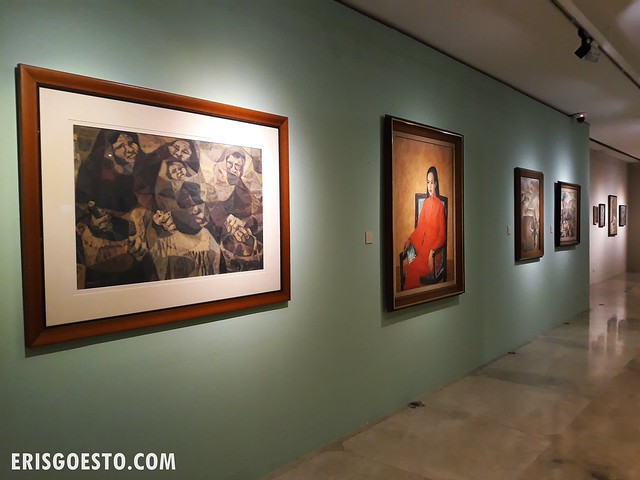 Pictures were not allowed on the second floor, which houses The Philippine Contemporary: To Scale the Past and the Possible permanent exhibition highlighting modern and contemporary art.

Let’s just say that we enjoyed the first floor better. Some of the pieces were good, but there were also some which made no sense – but I guess that’s what art is? Open to interpretation? 😀 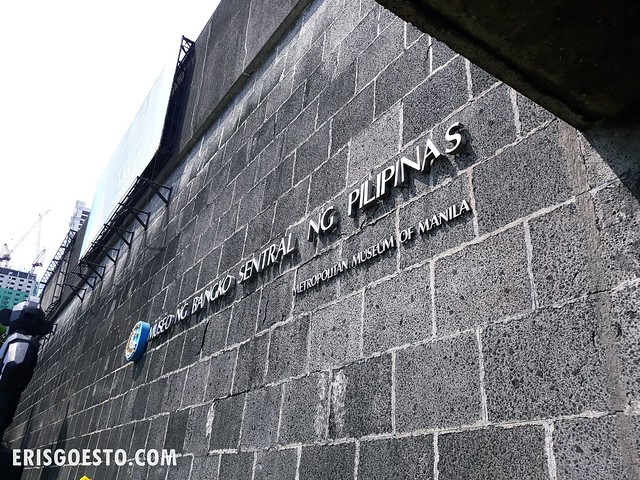 Entry is PHP100 per pax, which isn’t too expensive imo so if you’re ever in the area and looking to appreciate some Filipino art, the Metropolitan Museum of Manila is a good place to go.