As someone who loves history and culture, there’s one thing I really like about Manila – the museums! Not only are they full of interesting exhibits, they’re also pretty well maintained (well, at least the ones I’ve been to).  On my most recent visit, N and I visited Ayala Museum, located close to the Greenbelt shopping area in Makati.

Established in 1967, the museum is privately run by the Ayala Foundation, under the Ayala Group which is the oldest conglomerate in the Philippines. The museum was moved from a heritage building to its current location in the early 2000s. The impressive six-storey structure is made from glass, granite and steel and boasts a modern look.

There are four floors of galleries to explore. Photos are only allowed on the 2nd floor (dioramas), so please excuse the lack of pix.

We began our visit on the fourth floor, as advised. This level houses a permanent exhibition called Gold of Ancestors, which has over 1,000 gold objects from the pre-colonial Spanish era, on display.

Spanish influence plays a big part in Filipino history – and we can see that in the form of churches, religious artefacts and artworks – but I think that many people, Filipinos included, have not really delved into the rich indigenous culture that existed before the Spaniards came.

The GoA is a good place to start, as it not only highlights the advanced technology local cultures used in gold smithing, but also the sophisticated social systems they adopted.  The exhibition features precious objects recovered from the 10th to 13th centuries, from sashes and necklaces to bracelets and earrings. These were worn by the elite, and the more complicated the pieces, the more elite the person wearing it was in social standing. There is also a collection of funerary gold masks.

Also on the same floor is A Millennium Of Contact, home to an extensive collection of 500+ Chinese and Southeast Asian ceramics found in the Philippines  – proving that trade and social ties existed in the past between these nations.

Moving on, we made our way to the Fernando Zobel gallery, where a collection of his artwork in the 1960s are on display. A member of the prominent Zobel de Ayala family (of which the museum is named after), the works were done in his mid-thirties after Zobel decided to retire from the family business. Visitors can observe the change in his artistic style through the years, most of which were done in abstract form. 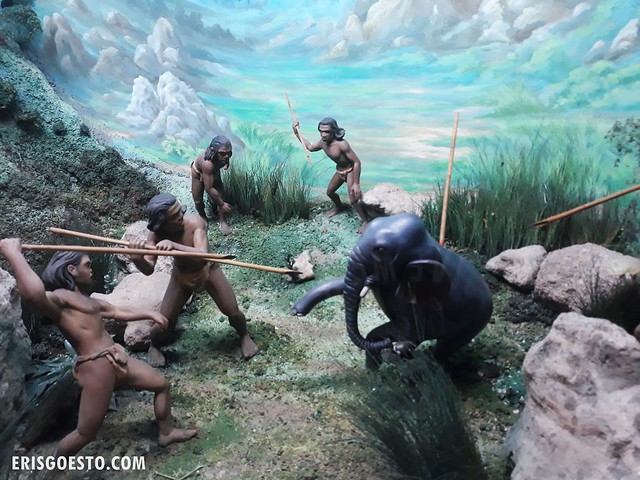 Aside from the Gold of Ancestors exhibit, my favourite part of the museum was the Dioramas section, which chronicled important events throughout Philippine history, from the stone age right up til modern times. Photos are allowed here, so enjoy!

(Above) A group of stone age men hunting a predecessor of the modern elephant. 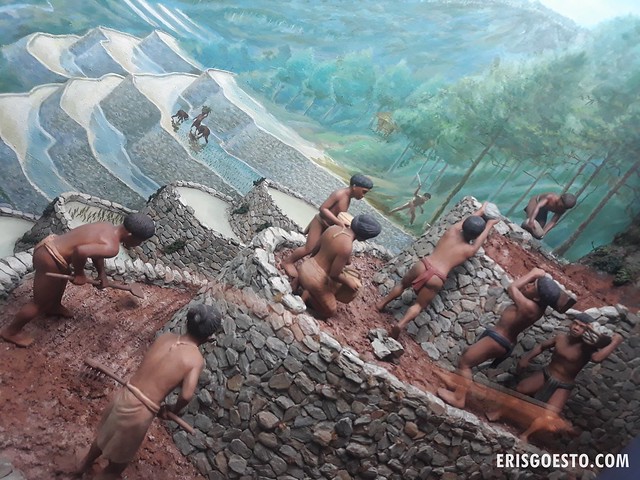 I was really impressed by the effort put into constructing the dioramas. Even though the exhibits were static, it was fun picking out small details. Each set was arranged in chronological order around the hall (60 in total). 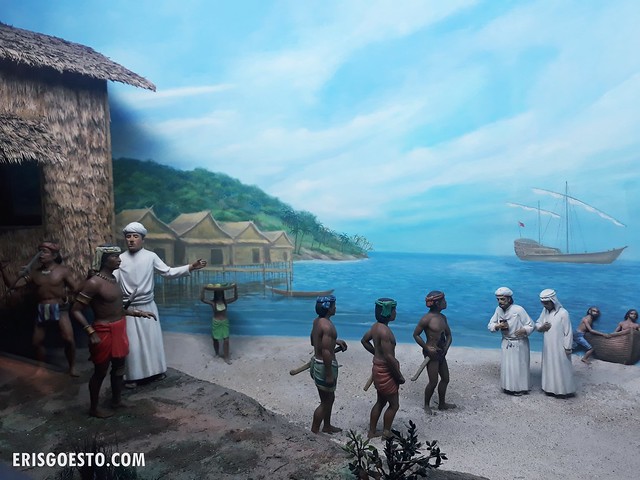 Arrival of Arab traders, which propagated the spread of Islam in the Philippines. 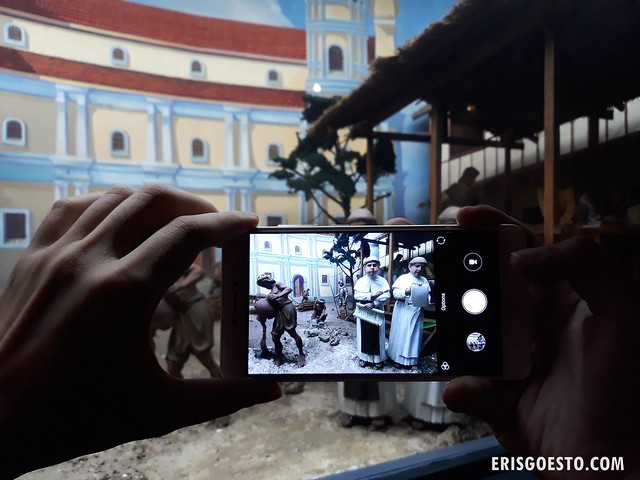 Construction of the University of Santo Tomas, the oldest university in the Philippines / Asia. 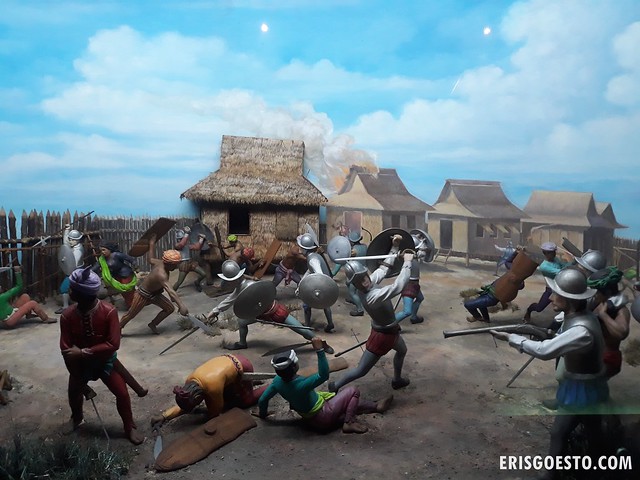 The Spanish invasion of the Muslim-dominated southern region. 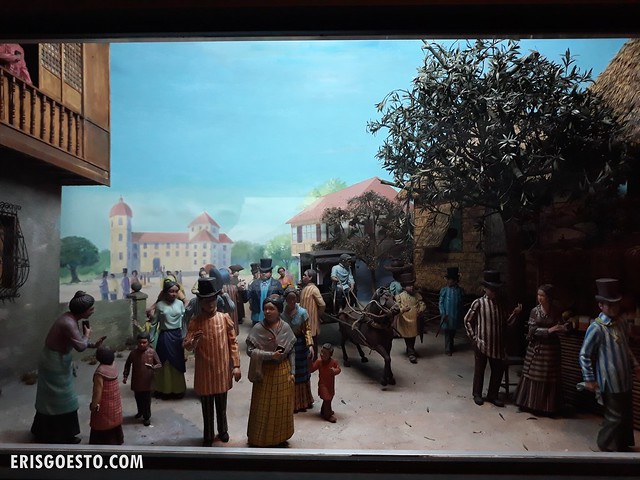 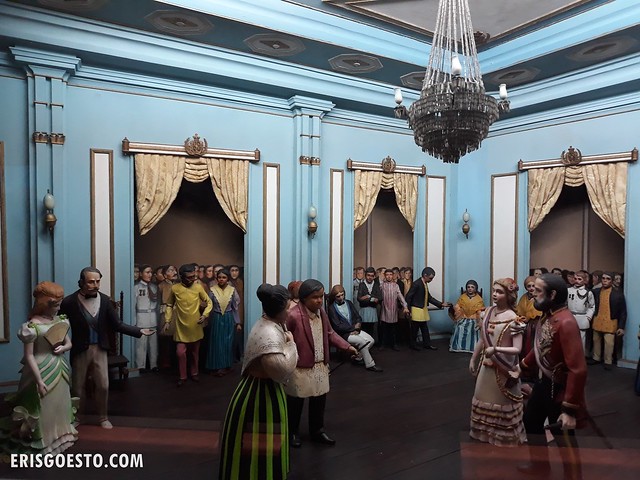 Malacanang Palace, which was built by the Spanish to house the Governor General of the Philippines as a summer home. Lavish balls ala Europe would be held here. 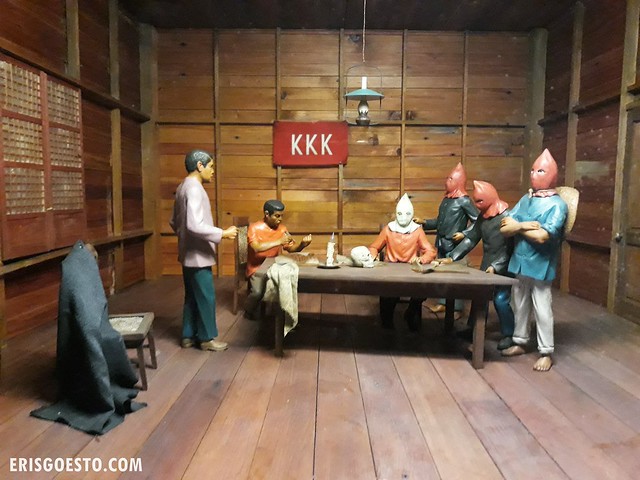 The Katipunan (also known as the KKK) was a group of revolutionaries opposed against Spanish rule. They have little in common with the American racist organisation KKK, although in this diorama the face masks look eerily similar. 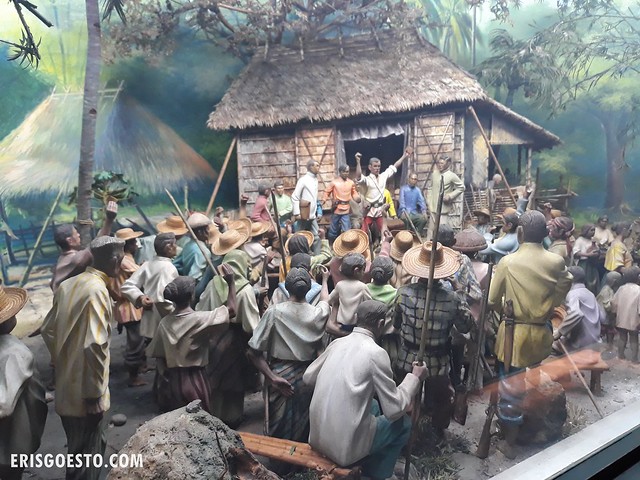 The revolution spread through towns, hamlets and small villages. 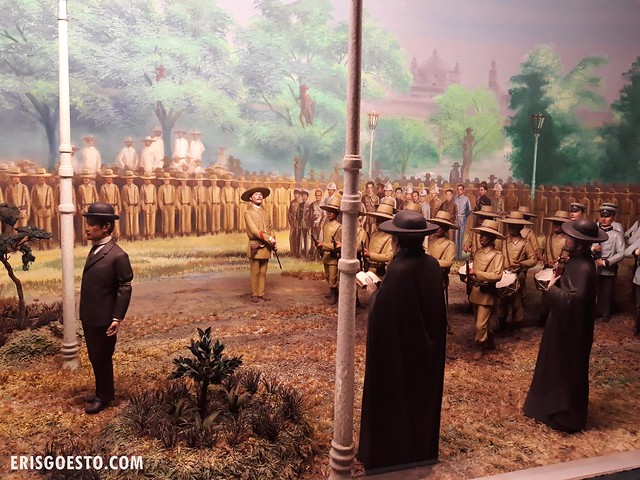 The execution of Jose Rizal.

I’ve always felt that Rizal was a man beyond his time; a gifted polyglot who could speak 22 (!) languages and who excelled both in arts, math and the sciences. His death was a dark moment in history, but his is a story that proves that the pen is indeed mightier than the sword. Although he was never part of the violent revolution, his ideas and work ignited a fire in the hearts of the Filipino people that could not be subdued. 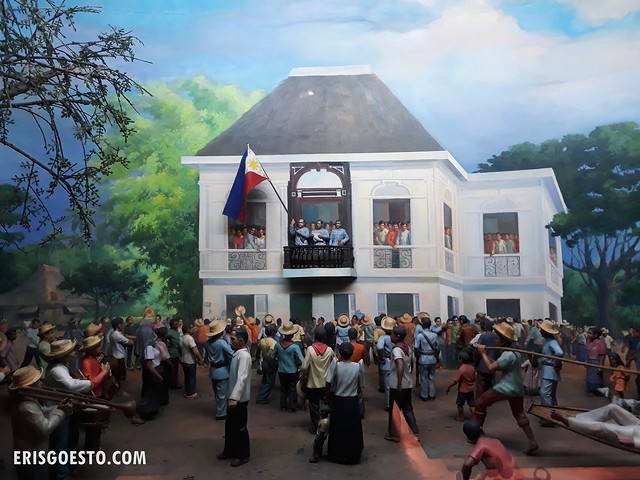 There were loads of other sets depicting the American occupation, Philippine independence, Japanese invasion and more. You can view the full set of dioramas here.

Ayala Museum is a definite must visit for fans of arts, culture and history. Entry is PHP425 (USD8 / RM32) for adults. PS: Teachers enter for free!