After our morning trip to Salcedo Market (blog post here), N and I had a lot of time to kill, so we took a walk around the central business district (CBD) of Makati. 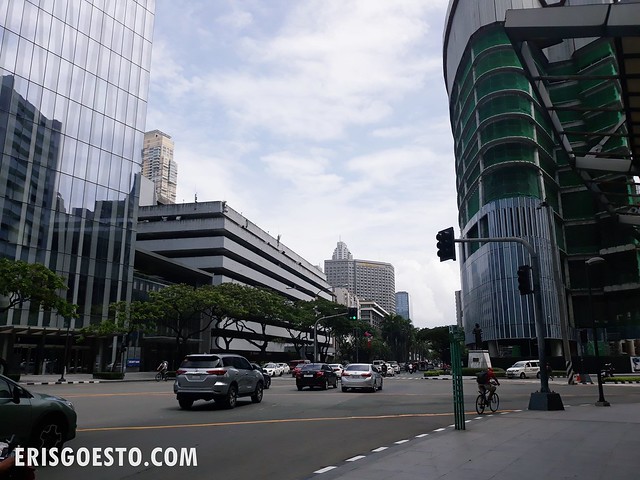 One thing that strikes me each time I travel around Metro Manila is the huge disparity between CBD neighbourhoods such as Makati, Eastwood and Bonifacio Global City, and their surroundings.

On one hand, you have the general chaos of Metro Manila – honking jeepneys loading and unloading wherever they please, a thick layer of smog, garbage strewn along the streets, and pretty apparent poverty in some areas where kids run around half naked without shoes. 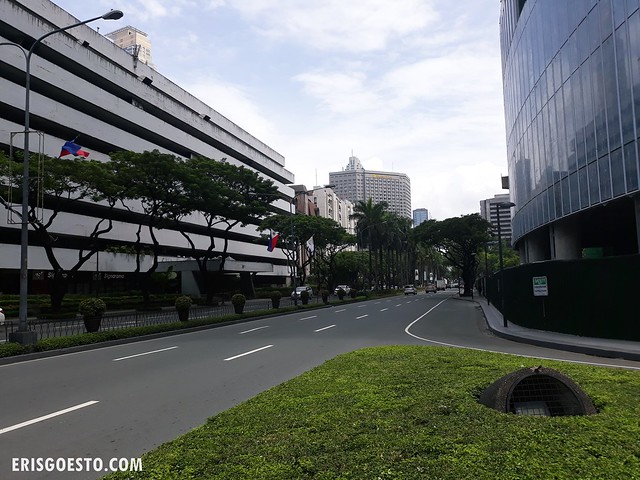 On the other, you have the clean, almost clinical orderliness of the CBDs, with its nicely landscaped gardens, wide roads and pavements, glitzy malls and high-rise offices. It’s like entering another country altogether.

It reminded me a lot of LA, where you have ‘hood’ areas like Skid Row, with the homeless pushing carts asking for change, versus the glamorous excess and gigantic mansions of Beverley Hills.

Not saying we don’t have income disparity in Malaysia, because we do, but I think the contrast is particularly striking because of how visible it is. 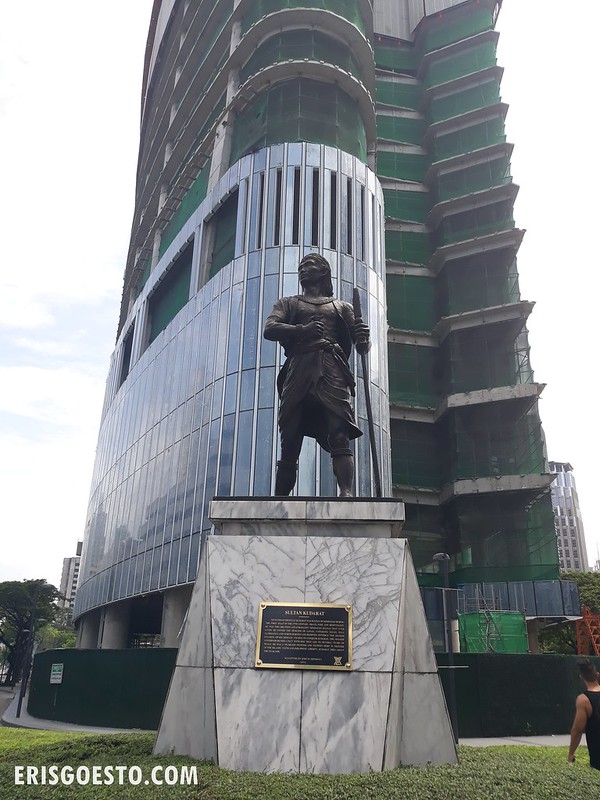 A monument of Sultan Kudarat, a Philippine national hero who ruled Mindanao in the 17th century. He fought against Spanish invaders and prevented the spread of Roman Catholicism in the southern regions, which is why the area still has a large population of Muslims today. 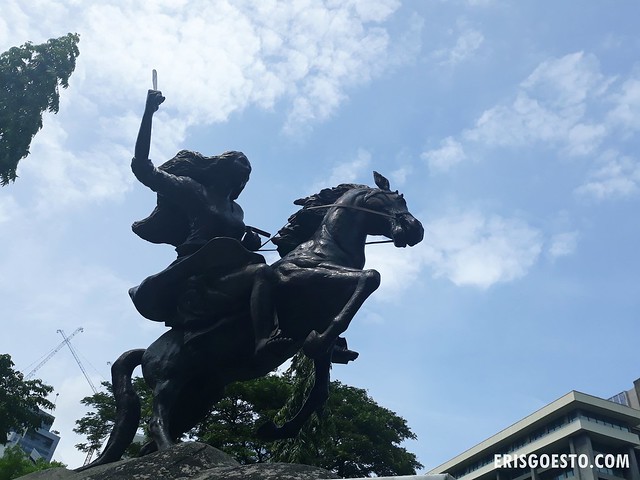 Another monument nearby is that of Gabriela Silang, the first Filipina to lead a revolt against Spain. Born in the early 18th century, she married Diego Silang, a revolutionary leader. After his murder, she led troops in his stead – earning the title Generala – but was captured and publicly hanged by the Spanish. Today, she is remembered as a heroine. Here, she is depicted on horseback wielding a bolo, a traditional Filipino machete. 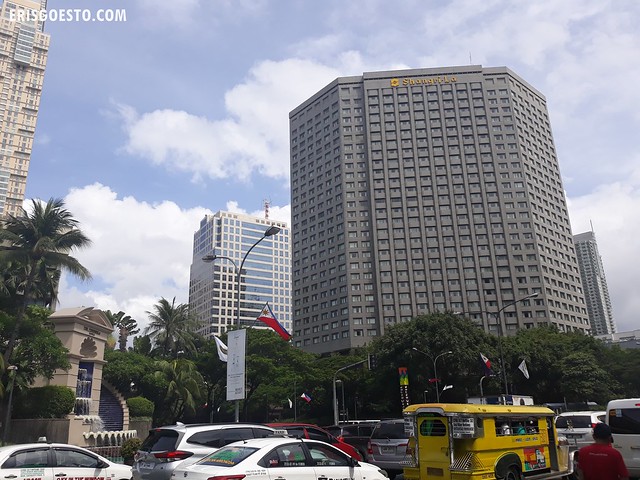 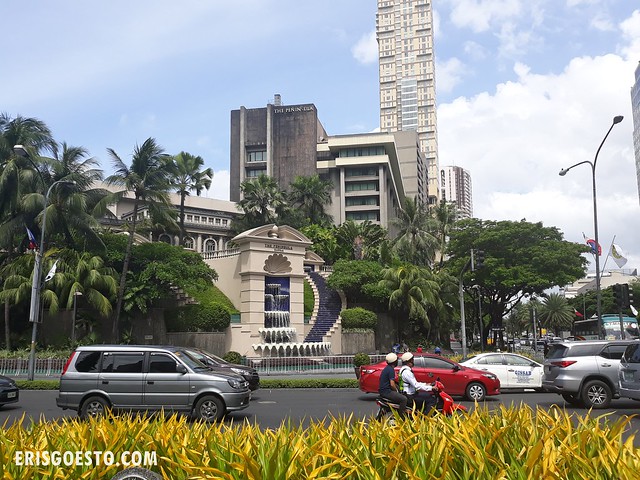 The Peninsula Manila, a five star luxury hotel. Apparently a ‘siege’ happened here in 2007, when a senator and a group of officers charged with mutiny walked out of their trial and occupied the hotel’s second floor. They were joined by some civilians and other military personnel supportive of their cause to overthrow what they said was the corrupt regime of President Gloria Arroyo. The coup ended with the military storming the lobby, as an armored tank crashed through its glass doors. Looking at it now, it’s hard to imagine such an event took place! 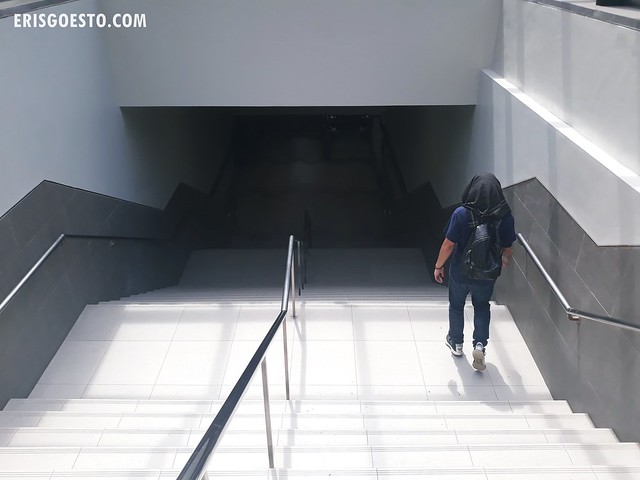 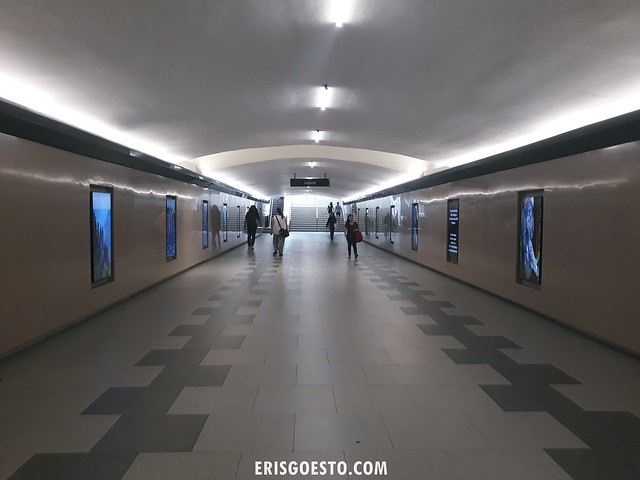 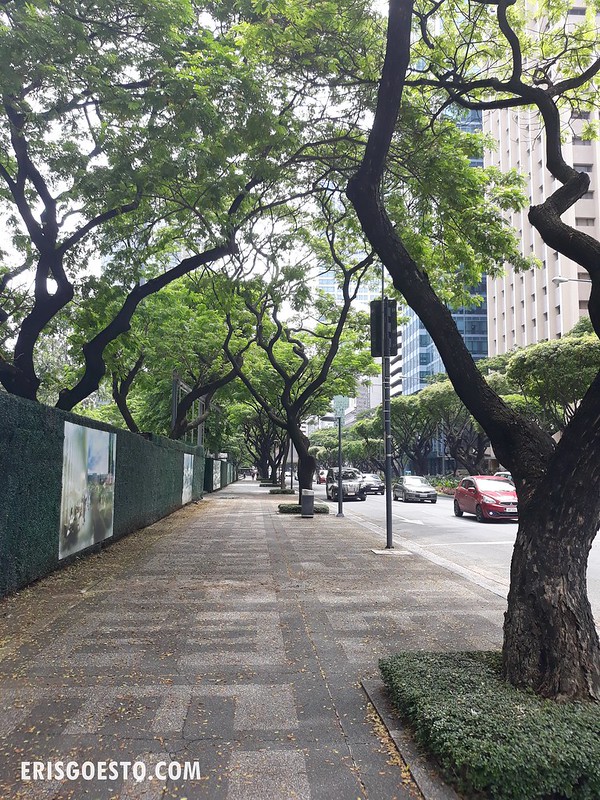 Emerging at a tree-lined avenue. 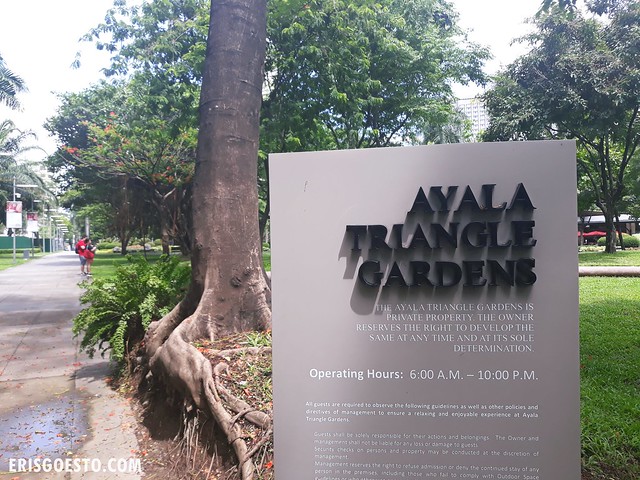 We decided to walk through Ayala Triangle Gardens – a nicely landscaped area with lots of greenery and shady trees. The park offered some respite from the humid, scorching Manila heat. There were people practicing Arnis (a Filipino martial art) on the green, an expat honing his football skills, and also this lady: 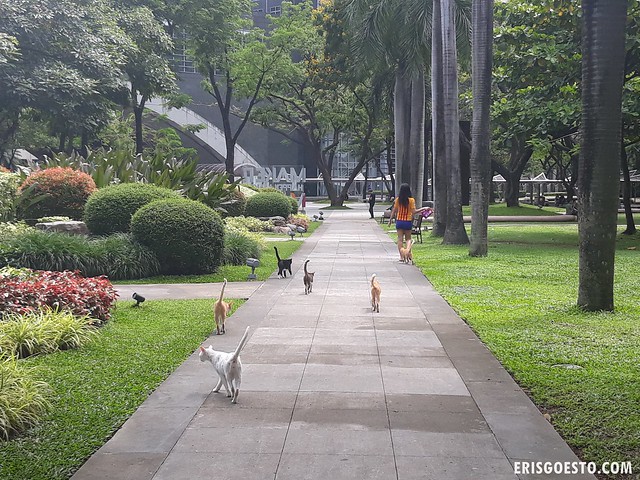 I’m guessing she must be a feeder because she had a bag of kibbles. As she rustled it, a clowder of cats came out from behind trees and shrubs, and started following her around with their tails high in the air. There must have been at least 7 or 8 of them! GIVE ME ALL THE KITTIES 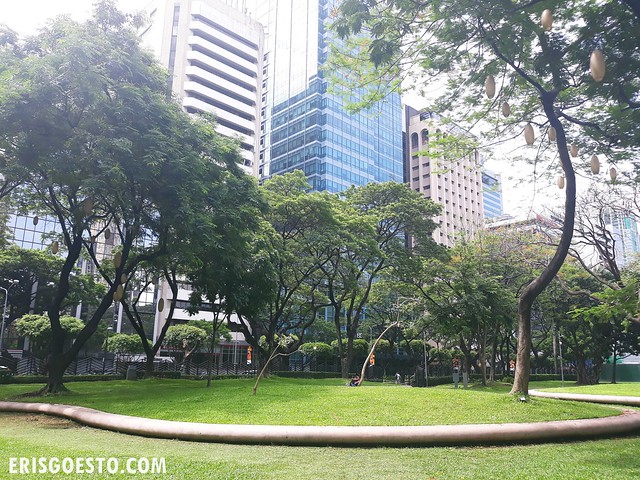 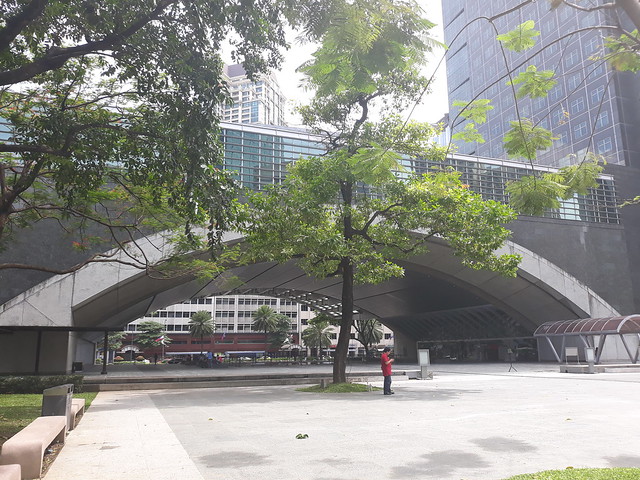 An impressive archway with a bridge connecting two buildings. 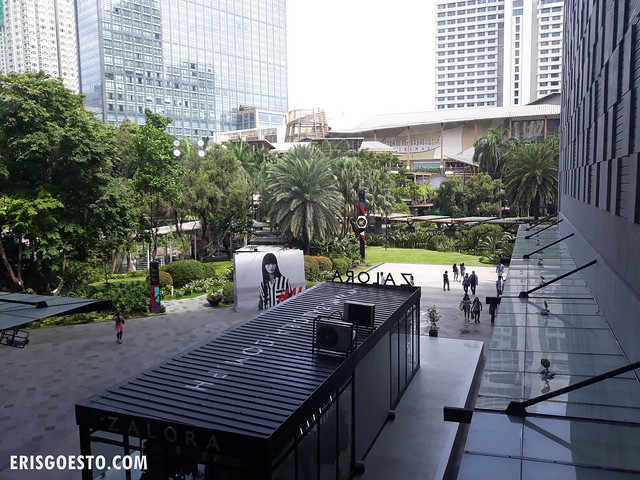 Arrived at Ayala Greenbelt, a series of posh malls where you can find high end brands like Gucci, Prada, etc. I liked how they designed the area to be green and full of trees – like an oasis amid the gaggle of glitzy malls. 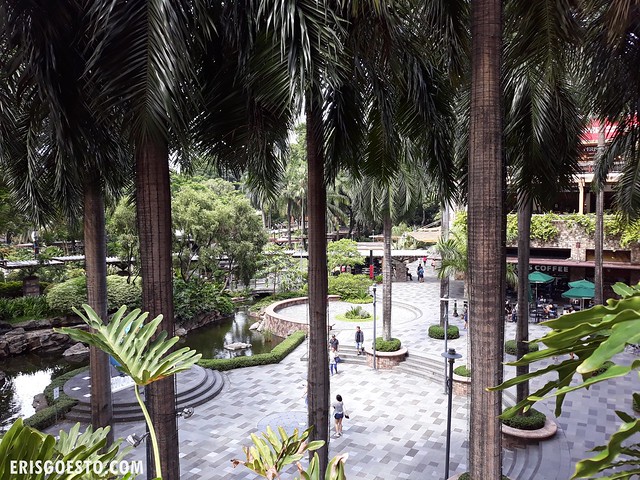 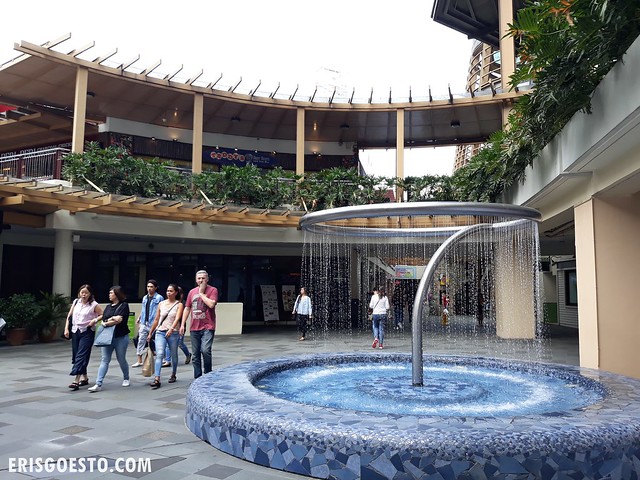 Mostly restaurants along an open-air stretch of mall. 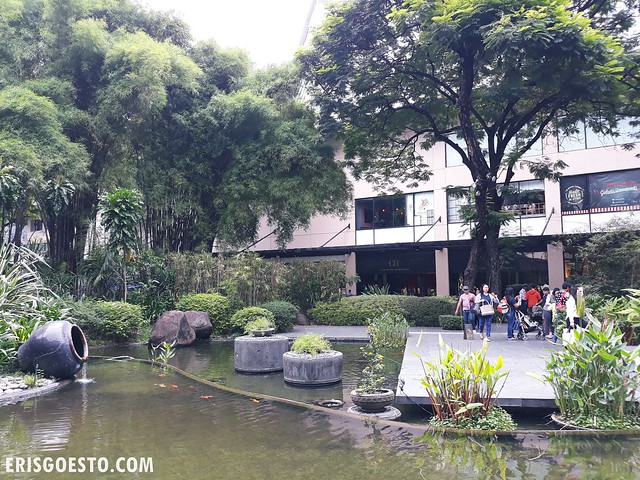 A pond with koi fish, popular with families in spite of the sweltering heat.

If you’re looking for a respite from the hustle and bustle of Manila, the Ayala Triangle Gardens and Greenbelt Malls is a great place to hangout and enjoy the greenery, pop in to the buildings for some air conditioning when it gets too hot, do some shopping and indulge in food.