The concept of communal living may be alien to many of us who live in the city. Our apartments are like tiny cages, our gated and guarded homes a substitute for cells.

For some indigenous peoples in Sabah and Sarawak, however, communal living is the only way of life they have ever known. Long houses have afforded its residents protection, safety and convenience since ancient times, and allows a unique bond to form between family, neighbours and friends. 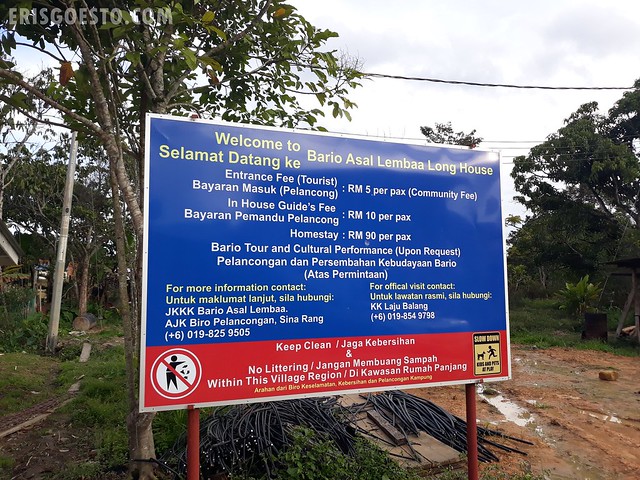 I had the privilege of staying at one of these long houses recently, on a trip to Bario, Sarawak, where the Kelabit people live. We stayed at the Bario Asal Lembaa Long House, the largest longhouse in the area and home to 23 families.

During our visit, it was like a big party, as not only were the people from Volvo Trucks  there for the official launching ceremony of their CSR projects, so were some research students as well as NGO volunteers. The atmosphere was festive, and reminded me of days when I was younger and everyone would congregate back in our hometown during the holiday season (not anymore since the grandparents died. Sigh 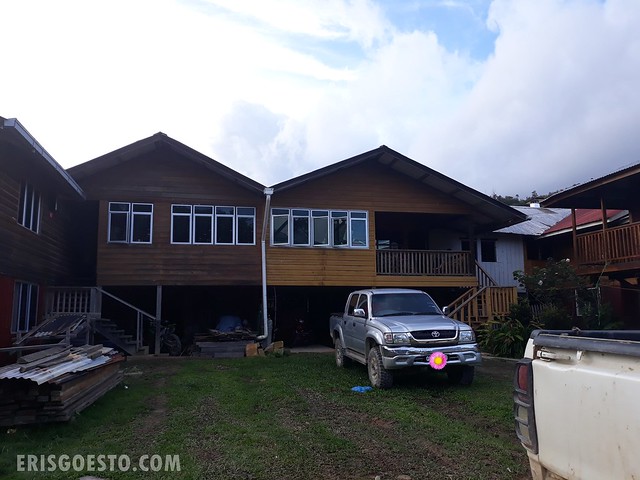 Dating back to 1958, the Bario Asal Lembaa long house is a living piece of history, where generations of families have lived and died. Elevated on wooden stilts, the building is mostly made from wood and has numerous entry and exit points. 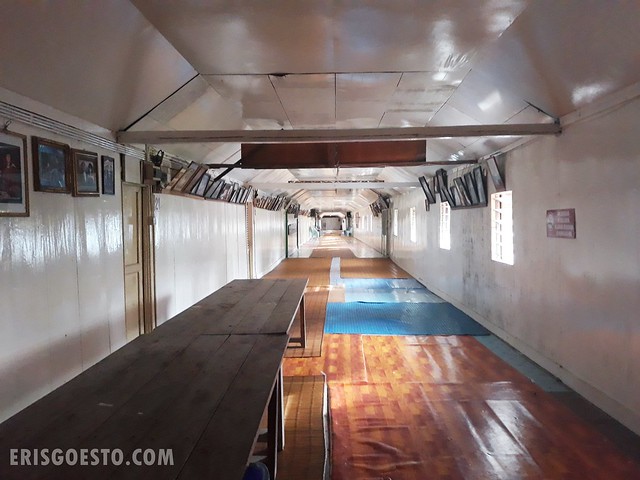 The longhouse is divided into three ‘sections’, the first being the tawa – a long covered hallway that stretches from one end to the other. Used for ceremonies, gatherings and official functions, the space is lined with portraits of the families who live here, as well as historical figures and important community leaders within the Kelabit community. It felt a bit like a family museum, and I was touched to be welcomed into something so precious and intimate. 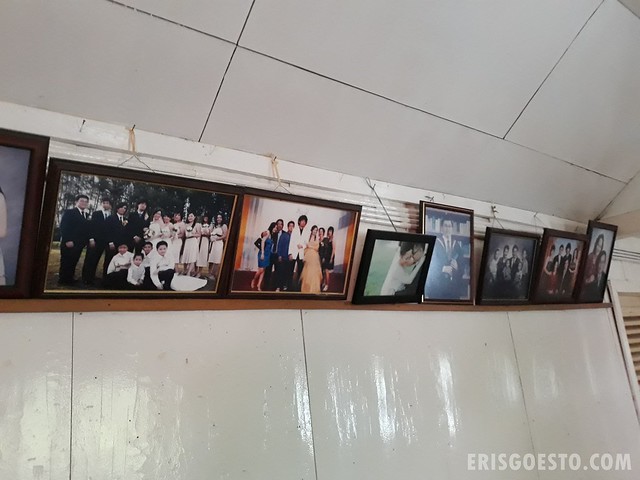 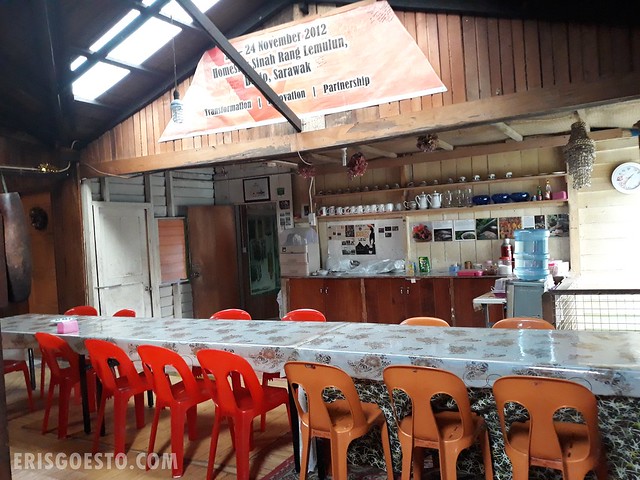 From the hallway are narrow corridors that pass through private living quarters, usually a space with a living room and several bedrooms. These lead to the kitchen area, which is the real heart and soul of the community, and where most of the residents hangout while in the long house. I shared a room with two others at Sinah Rang Lemulun’s Homestay. It was a spacious unit with several rooms and a living area. The kitchen, which was interconnected with the other units, had a simple dining table and a pantry. 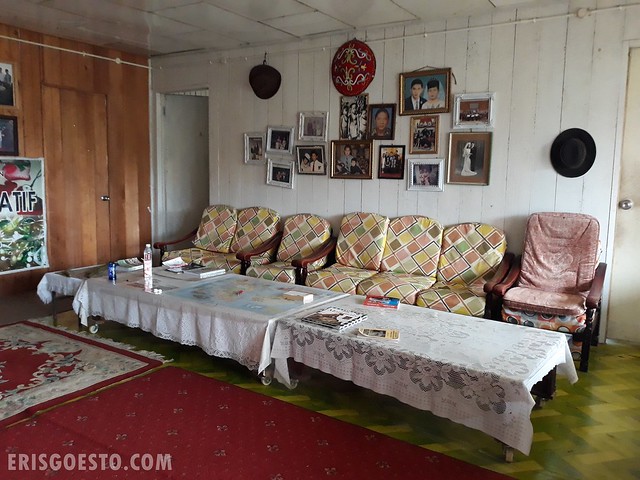 Real cosy! Photos of the family decorated one side of the wall, and there was also a bookshelf filled with books on the other. Various knick knacks added to the homely vibe. Loved the pouffy sofa chairs. Used to have those at home and my bro and I would built forts out of them 😀

The day starts early in the longhouse. The loud ringing of the church bell nearby announces the arrival of dawn. From there on, it’s a flurry of activity, and unless you’re the kind that is dead to the world while you sleep, you’ll hear every creak of the floorboard, footsteps making their way through the kitchen as the longhouse ‘aunties’ prepare breakfast, and conversations cutting through the early morning air. 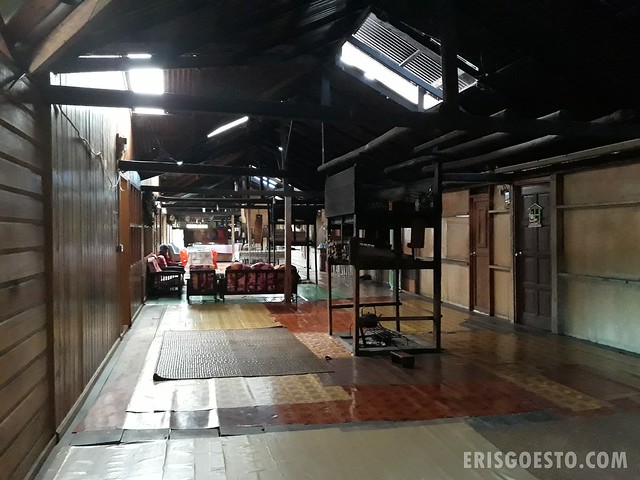 Exiting the room, we come to the ‘tetal’ (sounds like ‘turtle’), aka the kitchen area. This is the heart of the longhouse, and where residents spend most of their time, either cooking, socialising or going about their daily lives. The hearth is a simple square-shaped fireplace in the center of each space, stocked with a special type of wood that we were told will not ‘spread’ when burned – you have to keep pushing it into the fireplace. They use these because the long house is made of wood and a fire would be disastrous. 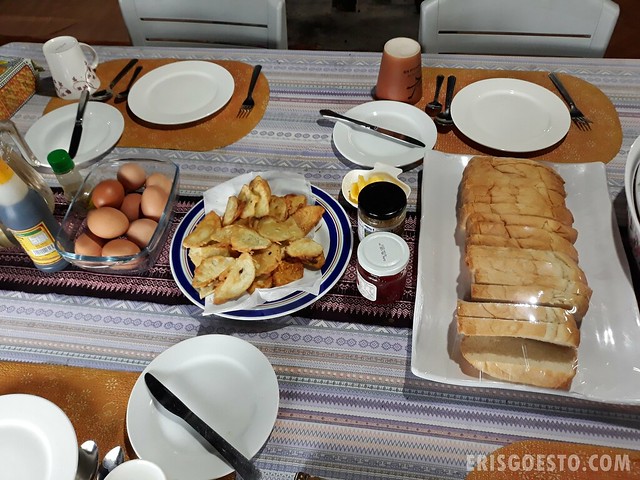 For guests, meals at the longhouse are prepared by your respective hosts. Although I was staying at Auntie Sina Rang‘s homestay, my food was prepared by Auntie Rita coz I swapped rooms earlier. Yes, they call everyone Auntie and Uncle here, it feels very homely!

Breakfast for me and the guys was simple but tasty – bread, Bario’s famous pineapple jam, eggs, and fried, battered slices of something that resembled yam. She also prepped halal and non-halal fried bihun to accommodate our Muslim friends. 🙂 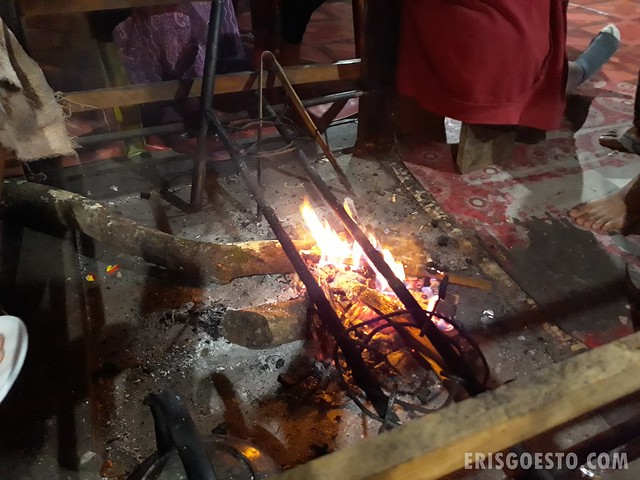 As some homes are not equipped with water heaters, people tend to take showers in the afternoon or evening. At night, temperatures dip to the teens, hovering around 15-16 degrees, so a sweater is recommended.

Some of the villagers like to sit around the fireplace for a chat after a long day, where they’ll put a kettle to boil and enjoy mugs of warm tea and some food. We joined the elders for awhile, and when they retired to bed, we moved on to the next ‘tetal’, and so on and so forth, from one end to the other!  Maklumlah, orang bandar… we don’t sleep so early. 😀

At another hearth, we sat down on low stools that our guide Julian jokingly called ‘Ogawa Bario’, and listened to stories – about their lives, developments in Bario, things happening around the world, etc. By the way, if you’re worried about communicating with the locals, fret not – the Kelabit speak very good English and Malay, in addition to their mother tongue. Although the school in Bario only offers classes up to Form 3, many youngsters venture out to  big towns to complete their tertiary education and go on to get professional jobs, before returning to the village. Auntie Rita, for example, was a nurse in Miri for many years before she retired, and Julian was an engineer in KL.

My experience staying at the Kelabit long house was an awesome one. I was extremely touched by their warmth and hospitality, as never have I felt so at home or so welcomed by people I barely knew – something that’s rare to find in cities.

If you’re looking for a homestay while in Bario, I highly suggest staying at the Bario Asal Lembaa Longhouse. Prices start from RM90 for a night’s accommodation. For more information, visit: facebook.com/SinahRangHomestayAndHandicraft/

More of Bario to come! 🙂

5 thoughts on “Travelogue Borneo: Inside A Kelabit Longhouse in Bario, Sarawak”