Manila is touted for its sunsets, and one of the best places to catch it is at the Bay Area Amusement Park, just across the road from SM Mall of Asia. Reminiscent of Santa Monica Beach in LA, the area has a carnival-esque atmosphere, with a giant ferris wheel overlooking the bay, rides and game stalls. 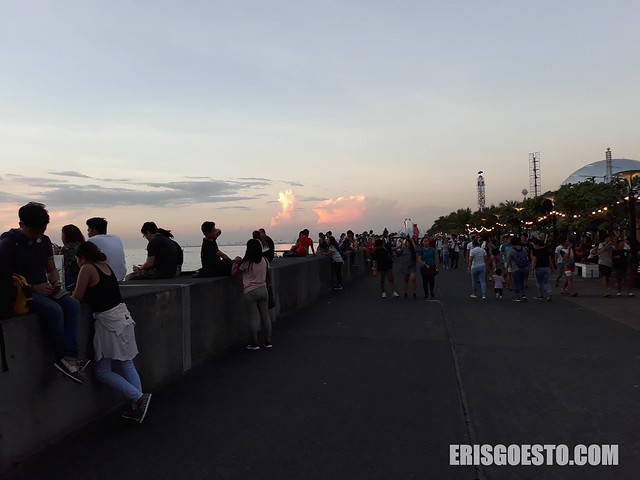 N and I arrived just in time for sunset, when the sky was a fluffy cotton-candy pink and blue. Crowds were gathered all along the stretch, which is lined with quaint cafes, bars, pubs and eateries. 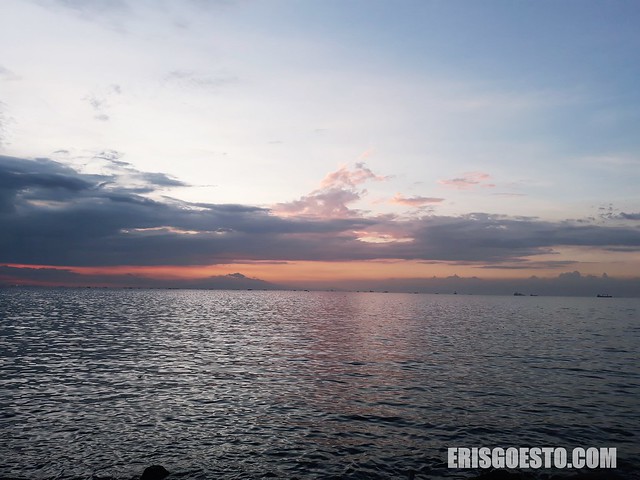 Found a good spot to watch the fiery orb sinking into the horizon. Waters around the bay are a polluted, inky black, but it creates a vivid, starking contrast with the sky and clouds. 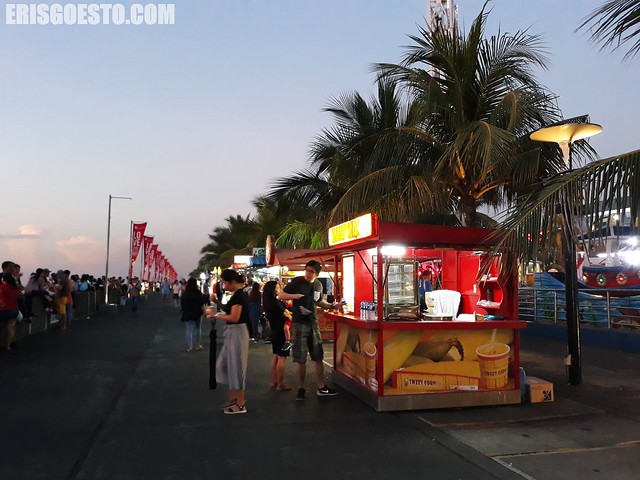 Instead of American-style corndogs, you can get corn in cups instead. 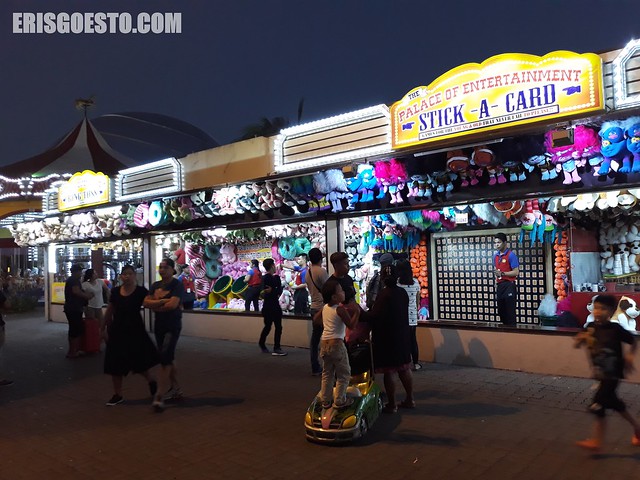 I’m a kid at heart, so while I enjoy a fancy dinner once in awhile, I’m not averse to a fun, casual date just strolling along the pier, playing carnival/arcade games and eating cotton candy. 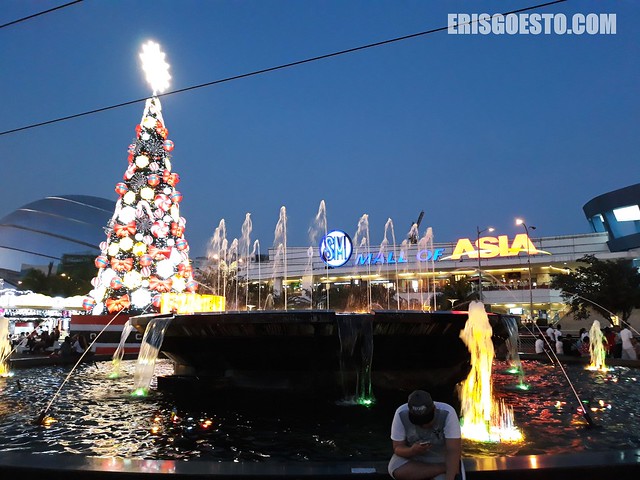 Fountain and Christmas decorations across one of the entrances to Mall of Asia. 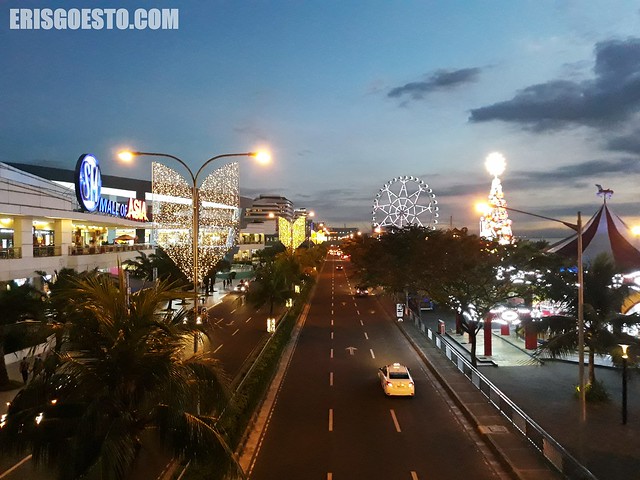 Walking over to the mall via the pedestrian bridge. The roads here are much better planned and less congested than downtown Manila. 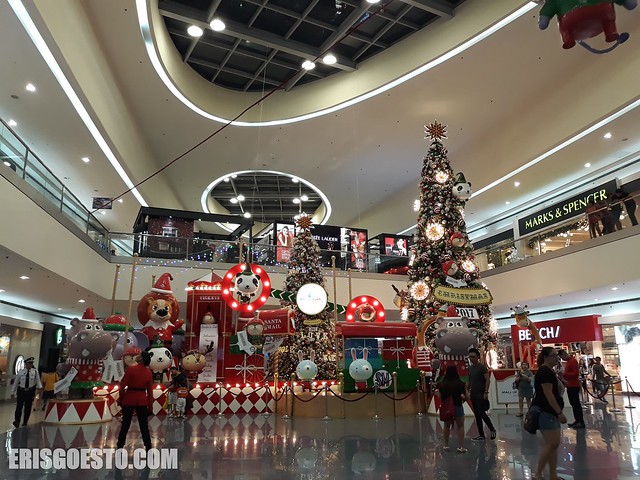 MOA deserves its title as one of the largest malls in Asia. Spanning across several interconnected buildings and smaller outdoor strips, it would take hours to explore the whole place on foot. You can find everything under one roof here, from food to clothing and furniture, entertainment and more. The shops are a good mix of affordable and mid-end with a selection of luxury stores. 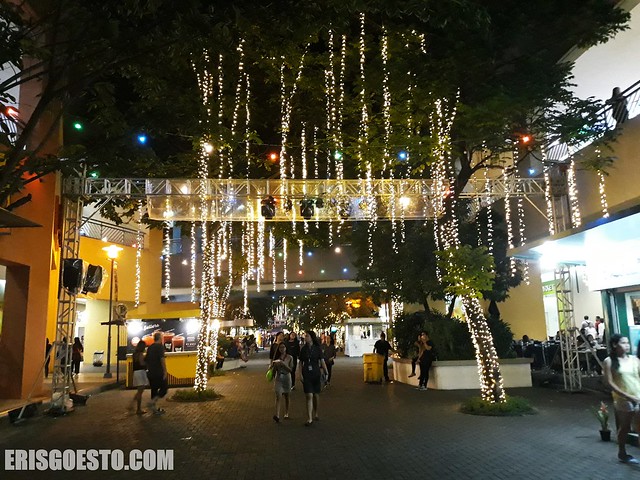