You know the saying ‘time flies when you’re having fun’? I couldn’t have agreed more – our five days in Japan felt like it was coming to an end too soon! Our last overnight stop before flying back to Tokyo was Nagoya, the country’s fourth largest city and a major maritime port. 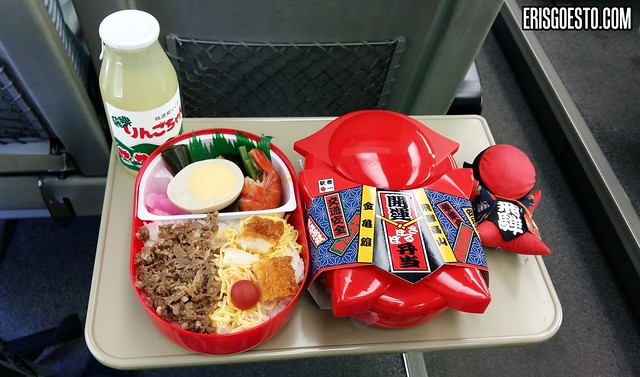 We caught a mid-morning train from Takayama, a three-hour ride away. Mariko-san bought us these adorable sarubobo (baby monkey) -shaped lunchboxes for lunch. Every meal in Japan that we’ve had so far was meticulously presented – bentos bought from any regular convenience store were no exception.

I had the stir-fried beef with shredded egg and fried fish cakes on a bed of fluffy white rice, served with half a boiled egg, some pickles, boiled prawn and some kombu (kelp). 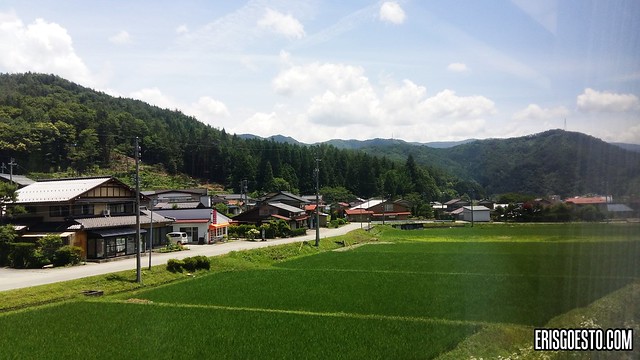 View as our train cut through the countryside. We saw swathes of green paddy fields and vegetable farms, quaint villages and in some parts of the journey, beautiful river gorges running through valleys and hills. 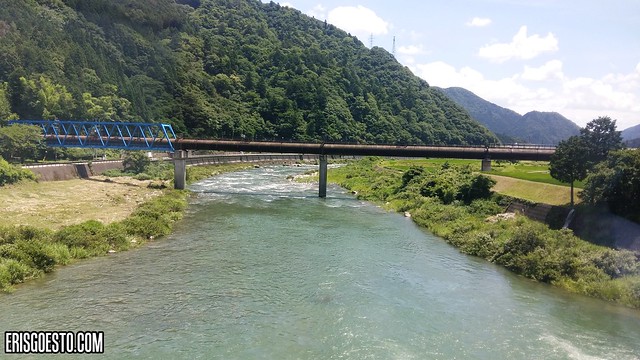 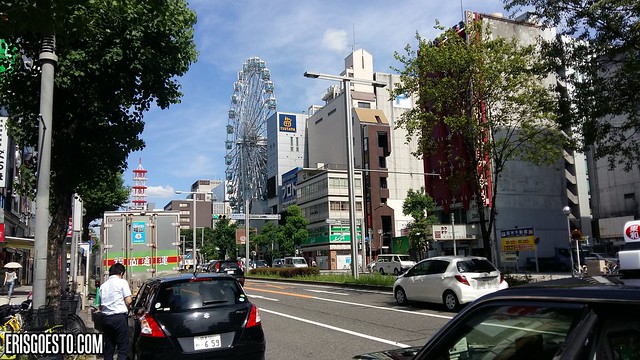 Arrived in Nagoya in the afternoon.

Compared to the small towns and rural cities on our itinerary, Nagoya was massive and very modern. We stayed in the city centre, which was surrounded by tall buildings, malls and offices. 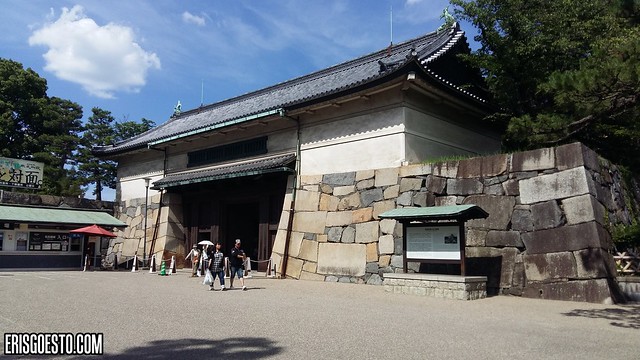 Had a quick rest and then it was off again to Nagoya Castle! Built in the 16th century, it was the ruling centre of the Owari clan, one of the three branches of the powerful Tokugawa Shogunate, and therefore ranked among the grandest castles in Japan during the Edo era. Unfortunately the original structure was bombed to bits during World War II, so the building we see today is a reconstruction made from concrete, built in 1959. 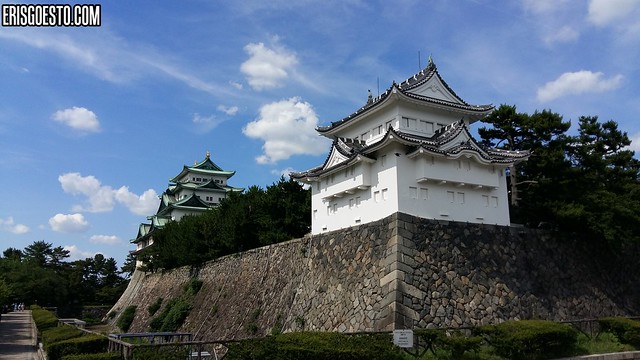 We were lucky that we got to visit in the summer,because the Japanese government decided to close it in November this year for a major undertaking – to restore the main keep to its original wooden state. As such, the keep will be closed until 2020.

Fret not though – the castle’s palace (Honmaru Goten), which is in front of the main keep, will be completed in Spring 2018 , and will be open to the public for viewing. The palace, which was also destroyed during World War II, was rebuilt using traditional construction materials and techniques. 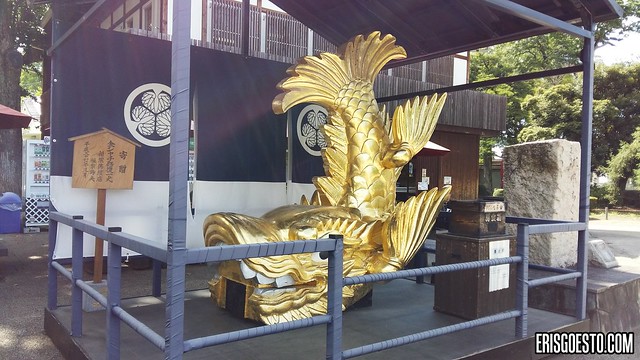 Mythical golden tiger-headed carps called Kinshachi are a symbol of the castle and two of them, one male and one female, top either end of the castle roof. They were believed to be talismans to prevent fires… ironic, seeing that the originals were destroyed in a fire (can’t win against the evil of man) and their gold colouring, a symbol of the wealth and prestige of the Tokugawa empire. The carps we see today are reconstructed models, each weighing over a tonne with 40+kg of gold plating. 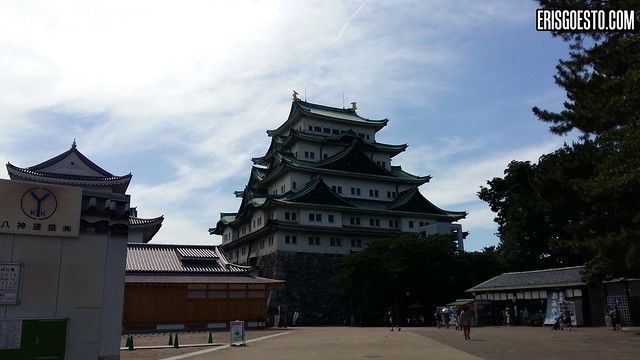 Although we knew it was a reconstruction, we couldn’t help feeling awed at how majestic the castle looked! It must have been even more impressive during its heyday. Sitting atop a high stone wall and surrounded by a moat, it would have made mounting an assault on the keep exceedingly difficult. The main keep towers five storeys-high, with curving green roofs and white walls. 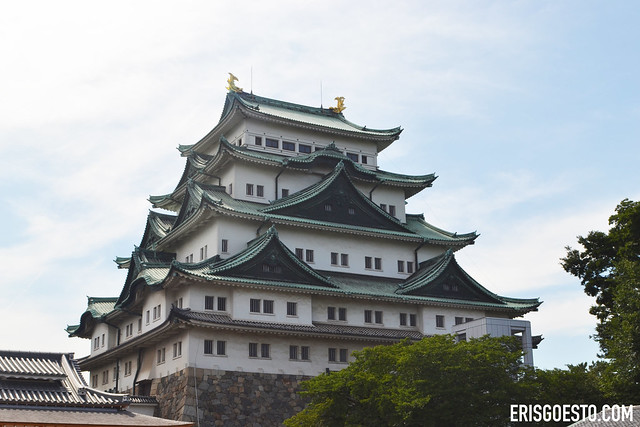 Interesting tidbit: Building of the castle was not done by the Tokugawa family alone. Instead, they portioned it out to daimyos (lords) under them, each in charge of one section of the castle. The lords would leave carvings of their crests so there would be no dispute over who built what. Pretty ingenious. 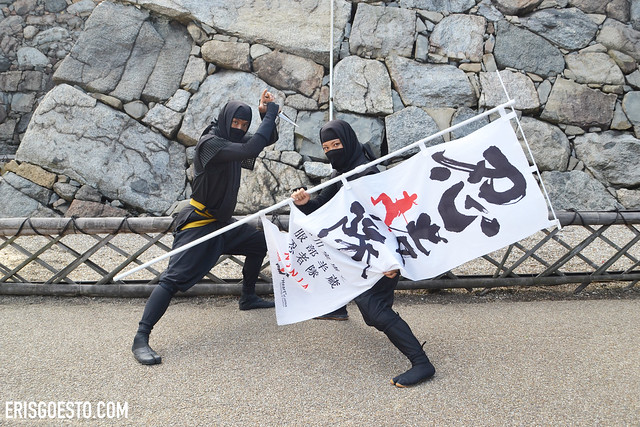 Since it’s a popular tourist attraction, visitors will find costumed-actors roaming around the courtyard, like ninjas… 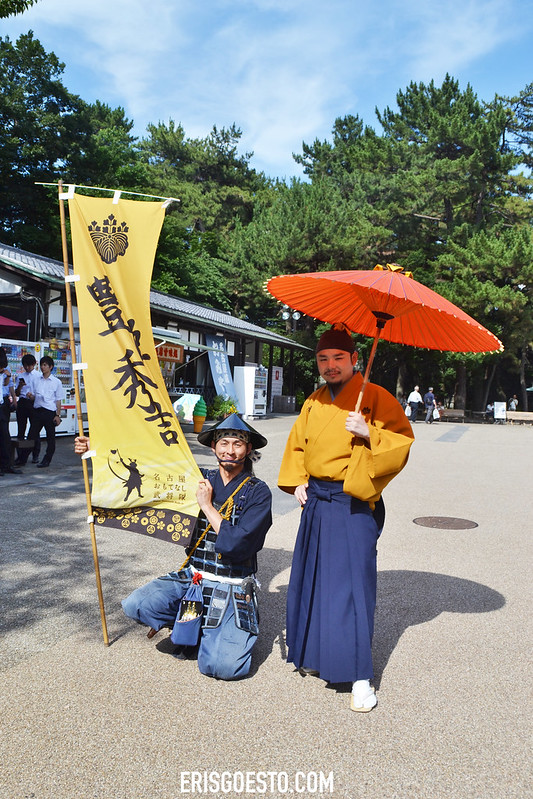 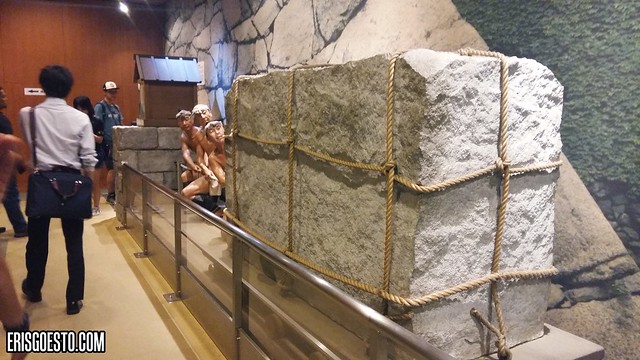 The inside of the castle has been converted into a museum, where you will find exhibits like the above, which details how the giant slabs of rock were hauled to the site by labourers. 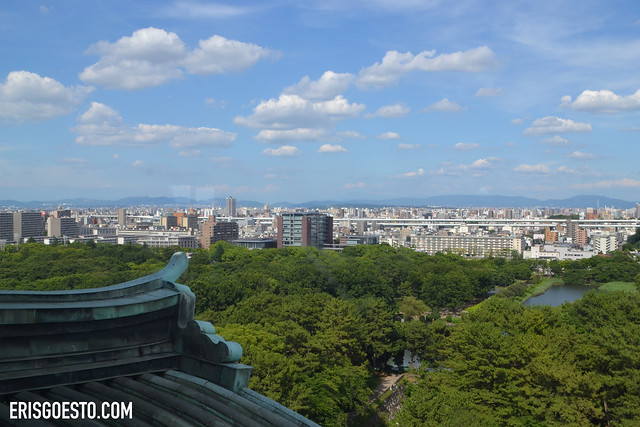 We climbed to the top which has a small observation deck with 360 degree views of the city! Surrounding the castle are the imperial gardens, a huge green lung in the midst of all the developments.

By bus, the castle’s main gate is accessible by the Meguru tourist loop bus (25 minutes).