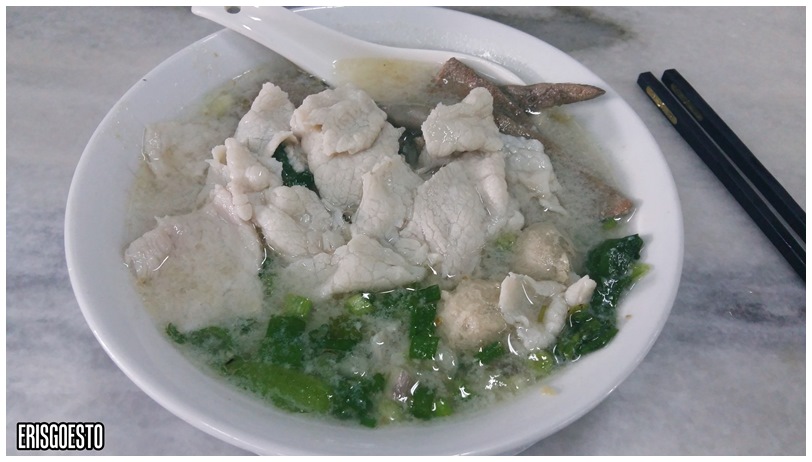 Following restaurant recommendations off the internet can be a bit of a hit and miss, but then again, what food hunting trip isn’t? And since the parents wanted pork noodles: pork noodles it was! We checked out this place called Kim Hing Lee, tucked in a corner of Bandar Puchong Jaya, at the base of Taman Tenaga.  With origins in East Malaysia, this franchise outlet prides itself as ‘Kota Kinabalu’s First Pork Noodle’, founded in 1982.

I’m usually quite wary of franchises, because many don’t live up to the reputation of their original outlets. How did this one fare?

Restaurant is simple and no frills, with round tables packed closely together to hold the maximum number of customers. Blown up photos of the original owners and their story are plastered all over the walls. They ONLY serve pork noodles – there isn’t anything else. We ordered 3 soup bowls and 1 dry version.

My bowl of ‘soup’ noodles (bihun). Ordered all the works including liver and intestine. If you don’t like offal then you can tell the staff to skip it: they’ll just give you more pork slices and meat. 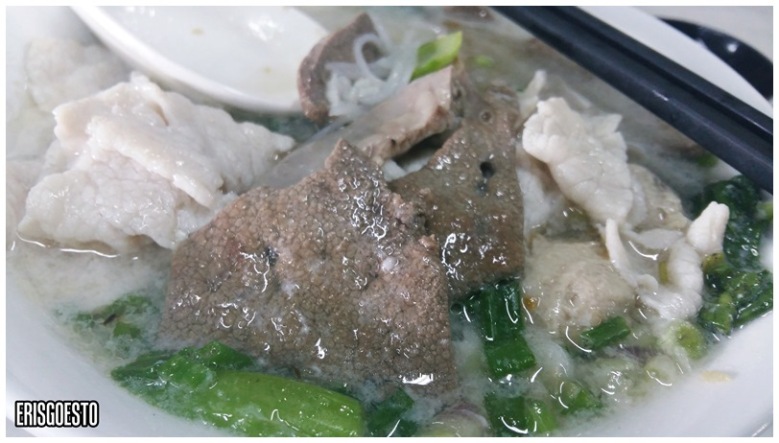 The liver was cleaned well with just a trace of gaminess, and one can tell that the pork slices had been tenderised because they were soft with a melt-in-the mouth texture. The broth was thick with pork flavours as well. Not the best pork noodles I’ve ever had, but pretty good nevertheless. Be prepared to shell out RM9 per bowl, which comes chock full of meat.