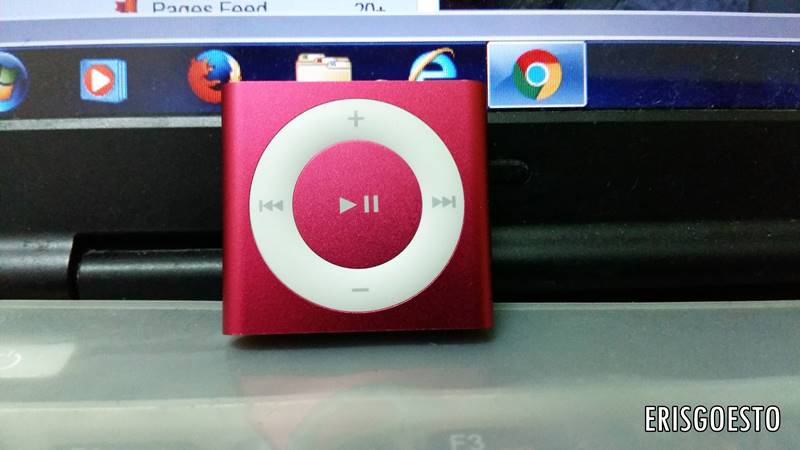 Guess what I won from a lucky draw at an event yesterday.

People say I have good luck at lucky draws, and I think so too. I’ve gotten an iPad Mini from a gala dinner, a Lip watch worth RM1,500, and now this.

Let’s hope I don’t jinx myself by blogging about it. 😛

It’s funny because each time I’ve won something, I always get that feeling beforehand… like they’re going to announce my name. And it happens. Maybe I’m a witch.

I should learn how to use this ‘Secret’ at lotteries. Or casinos lol.

Coming back to my new toy, I’m loving it so far. I’ve been thinking of getting a new mp3 player ever since my old one slipped and fell into the cracks of doom (that space in the car between the handbrake which I’m unable to reach), so winning this is timely! 🙂 The iPod shuffle is sleek, simple to use and portable. Kinda wish they had a different colour but hey.. if its free, I can’t be choosy.

The thing about i-anything is that they tend to be so ‘exclusive’.

Everything has to be done through the Apple app store, or iTunes. With my old mp3 player, I could just transfer my  files by copying and pasting directly into the device – whereas for the Shuffle, I had to download iTunes, copy files into the iTunes library on the computer, and then sync it to the device. Loads of work.

I’ve got about 90+ songs in it now, which barely made a dent in the 2GB space. Bet it can easily store up to 300 songs. Since I was going through a list of artists and bands I’ve liked on FB, the songs I downloaded are a mix.

What are some nice songs you think I should include in my playlist? Suggest them to me in the comments! 🙂

**PS: I’ve given myself a week’s ‘rest’ from working out. I hit a plateau some time ago and just haven’t been losing weight for months now. Next week, it’s time to refocus and really go the extra mile if I’m going to shed those last few pounds. Gambate!