The Portuguese conquered Malacca in 1511 and were here for over a 100 years – so its not surprising that they left behind a legacy.

The Serani (or Kristang) people are a product of intermarriages between Portuguese sailors and local Malay women. Numbering about 37,000, they are considered Portuguese-Eurasian and intermarriages are common today between Kristang and local Chinese and Indians. Because most are Christians, not all are willing to change their religious identities by marrying Malays (Malaysia has religious laws on conversion – you have to convert to Islam if you’re marrying a Malay, who are Muslim by birth.)

Other important pieces of history left behind by the Portuguese is a fortress called A Famosa. Called the ‘Porta de Santiago’, it is one of the oldest surviving European architectural remains in Southeast Asia. Once consisting of four towers and four storeys, all that’s left today is the front at the foot of St Paul’s Hill. At the height of their occupation, the fort had an ammunition storage room, captains’ residence and officers quarters.

After the Dutch took over, they pretty much maintained the place, renovating the arch with ‘Anno 1670’ plus adding a bas-relief logo of the Dutch East India Company.

But the English who came in the 18th century were not so obliging. They destroyed most of the fort, leaving behind only this arch and a small part of the wall. 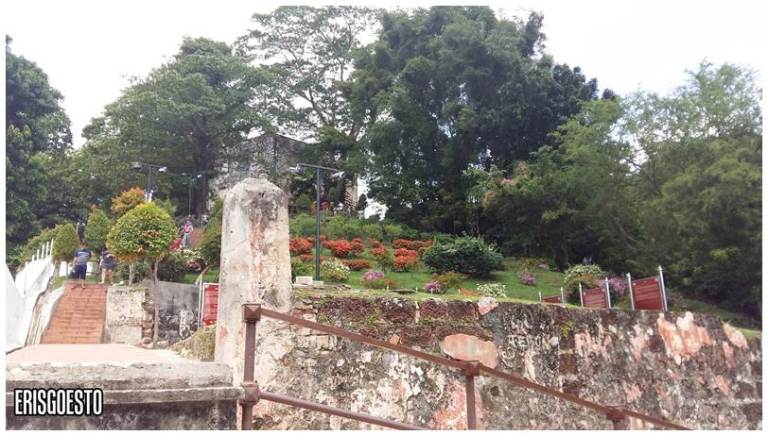 On top of the nearby hill is St Paul’s Church, a Portuguese church built by a nobleman called Duarte Coelho. Originally built in 1521, it is the oldest church building in Malaysia and Southeast Asia (although non-functioning). The ruins are well preserved and attracts a large number of tourists every year. 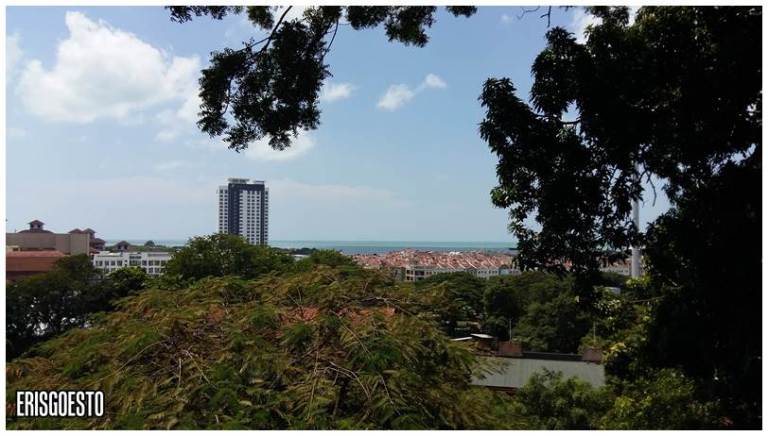 Strategic location: view of the sea from the hills for any enemy ships and whatnot.

Dedicated to the Virgin Mary (the Portuguese were Catholics), the church was deeded to St Francis Xavier in Goa (he’s a canonized saint). His body was interred here for a short time. Visitors will see a statue of him in front of the church tower and ruins. 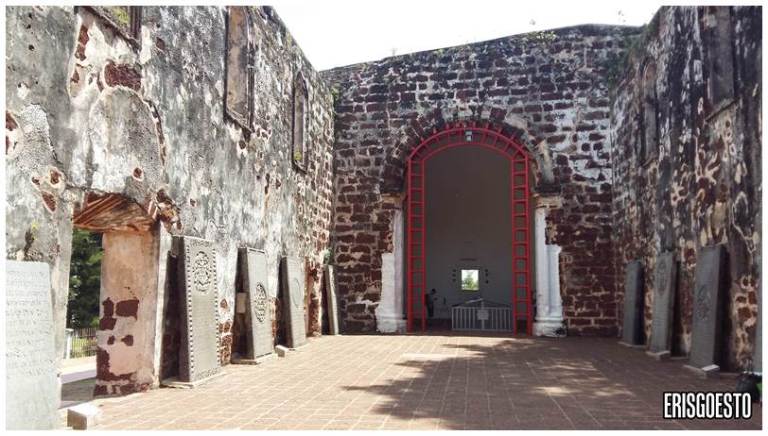 The inside of the church was lined with old Portuguese tombstones. Despite being hundreds of years old, the stones were well kept and some were only slightly weathered. Most still carried beautiful details and inscriptions.

The church was used by the Dutch after they drove out the Portuguese, until they built the Christchurch near Stadthuys. It was then deconstructed and used as part of the old fort. When the Brits came, they used it as gun powder storage.

We found a family of cats here! 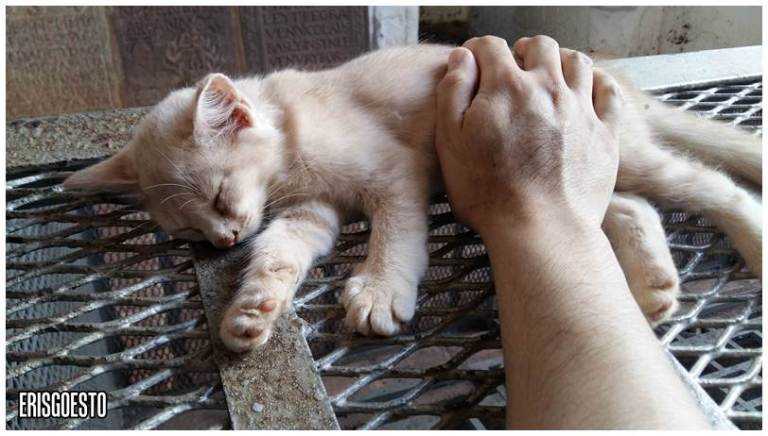 We saw this little fellow sleeping without a care for the world on top of a metal grilled protecting an underground burial chamber.

The kitten was a real heavy sleeper.

And then E found a treasure trove of kittens behind one of the old tombstones.

Sleepy kittens. Don’t worry, we know the rules about handling kittens.. these were not newborn but had already opened their eyes and could walk around. They were just so sleepy from the afternoon heat lol.

St Paul’s Church and A Famosa are must sees (and must photograph-s!) when in Melaka, and a good reminder of the city’s history. Bonus points for having cats.