BEING born and raised as a fourth-generation Overseas Chinese, I have lost most of my roots. I don’t even speak Cantonese (mothertongue) that well.

Although I have no close relations left on Mainland China (since all of them emigrated to Malaysia by the early 20th century), I still take pride in my roots. There are Chinese communities in almost every part of the world. What drives most to adapt (and flourish) is their determined doggedness to see economic success because for many traditional Chinese families – money + wealth = happiness. My own great grandparents escaped poverty in Fujian and Guangdong on a boat to Malaya in search of a better life. 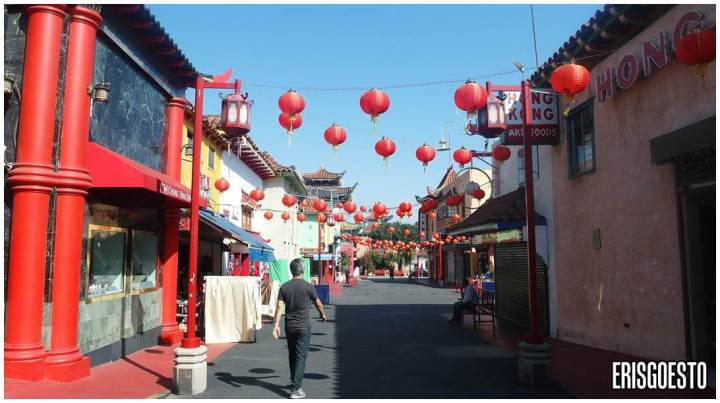 I visited one of these ‘communities’ while sightseeing in Los Angeles at none other than the city’s own Chinatown. Divided into ‘New Chinatown’ and the Old Quarters, the place has been a hub for Chinese culture for close to a century. I was disappointed though – when we arrived in the evening, the place was deserted.

LA’s Chinatown is very commercialised. I’m not saying it isn’t in other parts of the world, but this one seemed sad and neglected, somehow; like an amusement park that is way past its heyday. A couple of souvenir shops were open, and a row of ugly but colourful kiddie rides lined the front of the ‘Wishing Well’.

Wishing Well. You can throw coins into slots labeled with things like “Health”,”Wealth””Prosperity”, etc.

Most shops were already closed even though it was just slightly after five. 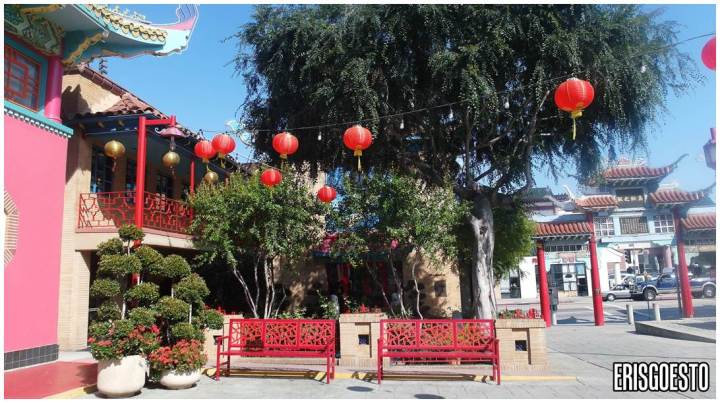 It was bloody sunny!

(Above) A small ‘grove’ decorated with wooden chairs, lanterns and OTT Chinese structures painted in loud, jarring colours. Almost every single building in the area had curvy rooftops. I mean, I get it that it IS Chinatown, but it didn’t feel authentic, y’know? Looked more like a movie set. 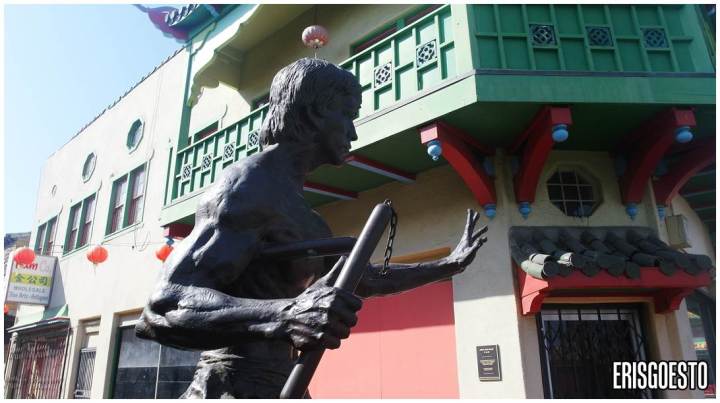 A 7-foot bronze statue of Bruce Lee graced the center of a courtyard.

We did see some old guys playing Chinese chess in a corner, but otherwise the place was empty. I suppose if you’re into touristy places like these, you can pay a visit but skip Chinatown if you’re looking for a genuine cultural experience.

We walked some ways down the road to a market. This was not very different from our regular South East Asian markets peddling cheap clothing, scarves, hats, sunglasses, shoes, toys, etc. They weren’t all Chinese merchants either; there were quite a number of Vietnamese and even Filipinas. 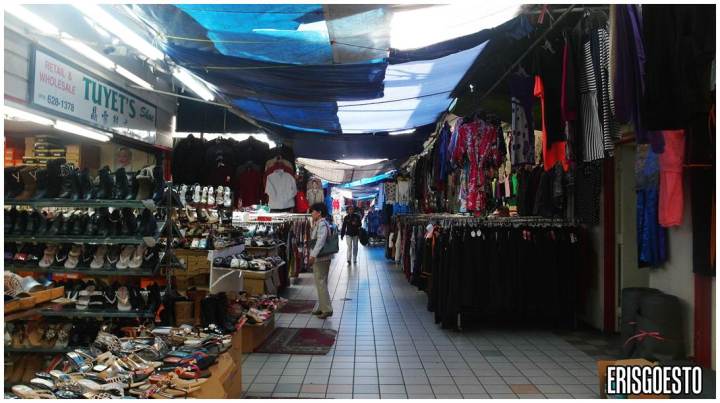 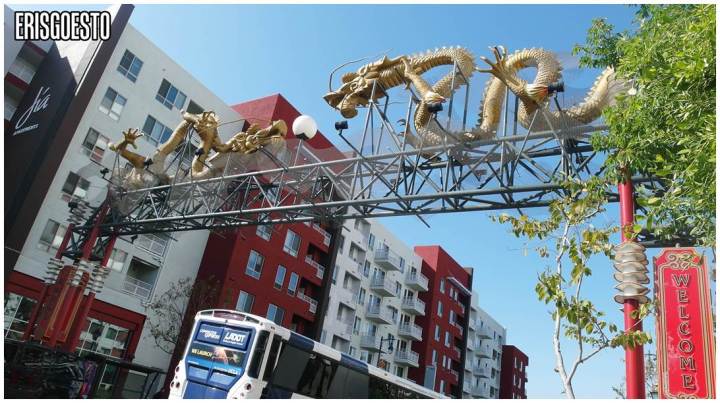 We finally came to the arch because we were walking backwards instead of from the entrance lol.

I read up some stuff on the Internet and found that LA’s Chinatown is in a decline due to the majority of its residents steadily moving to the San Gabriel Valley over the years – which also explains why a majority of its residents are elders.I guess the younger generation found that they didn’t want to stay in a dying part of town – kind of like how many youngsters in Malaysia leave their hometowns in search of the ‘Malaysian dream’ in Kuala Lumpur.

I hope someone does something to revitalize it because it is a charming place with solid history and it would be sad if it just lost its identity.