What’s your idea of a romantic dinner date? If you’re looking for a nice, quiet cruise down the river at night with good food and entertainment, then you’d probably pick a river cruise. We hopped onto one of these one night at the Saigon River, which runs right through the heart of Ho Chi Minh City.

We boarded at a ‘dock’ area, which housed numerous boats that have been converted into floating restaurants – their lights reflecting in the calm surface of the river’s water.

Our boat was the Dong Duong 25, decorated in the style of a traditional wooden boat, with open windows to allow the salty river air to float in. 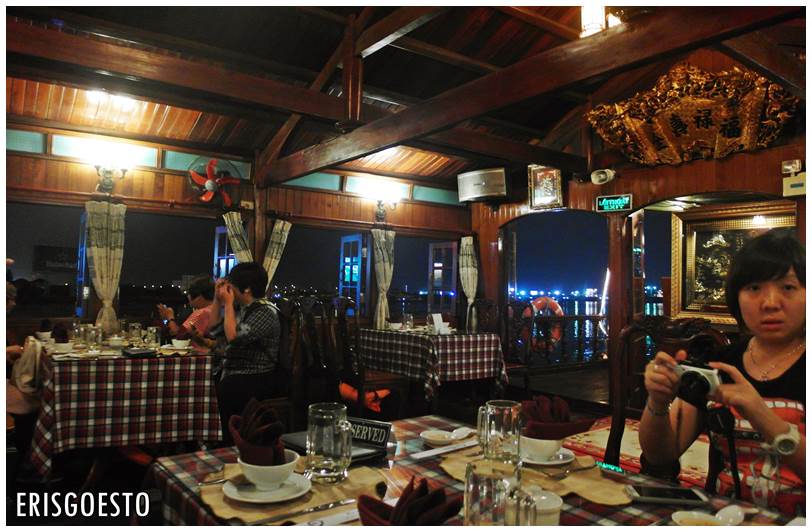 Interior of the double-decker boat restaurant.

The journey would take 1.5 hours down the Saigon river and back to our original point. We set off at 8pm. While we waited for our food to be served, local performers danced and played music for guests.

Then it was nom time! For appetisers, we had a squid salad with cucumbers, chilli and various herbs in an orange sweet and sour sauce. The squid was perfectly marinated and was fresh and bouncy to the bite.

Steamed prawns, which were fat and juicy. My favourite part of having shrimp is the delightfully creamy roe in the head. Mhm! 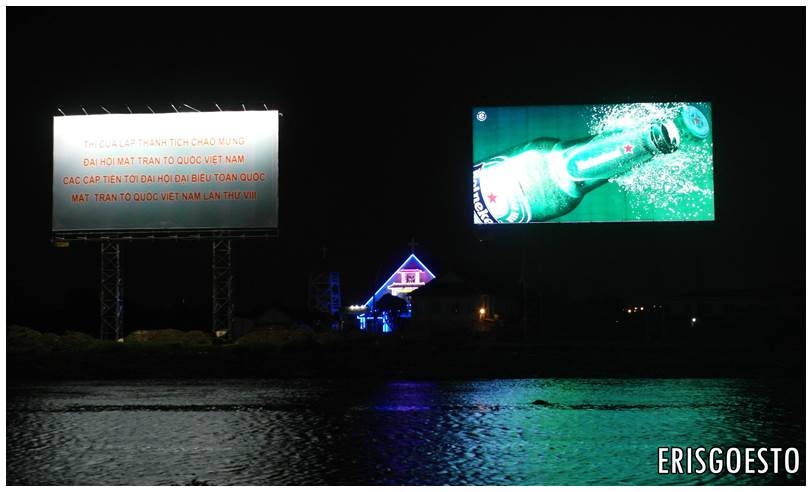 Billboards lining the river. They were an odd mix of capitalist advertisements, like ads for beer and products, coupled with propaganda messages calling for national patriotism. 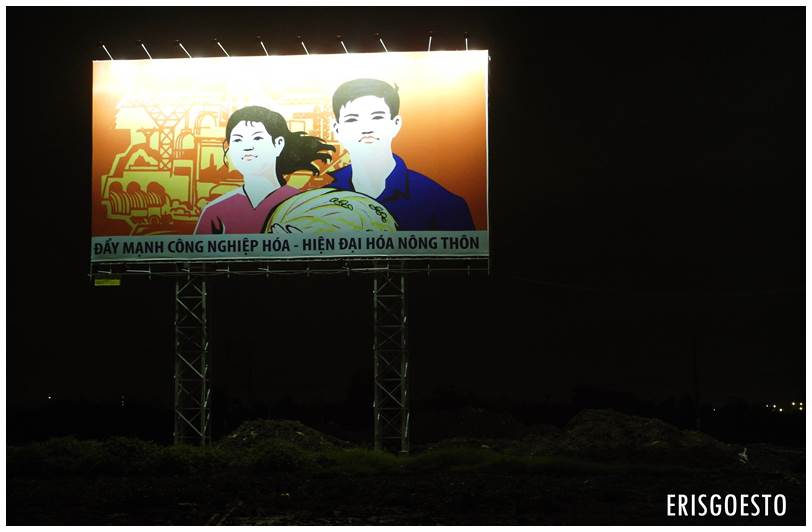 Deep fried fish with sweet and sour sauce. This was pretty good too, crispy on the outside and tender white fish meat on the inside.

Halfway through the cruise it started raining really heavily and we had to shut all the windows. The boat started bopping up and down the rough currents. I was kinda worried it would hit something and sink!

We got back to the dock early (captain must have thought to cut it short coz of weather) but once we docked, it stopped raining -___-

We finished our meal with a nice hotpot in the cold weather.

The cruise would have been great if not for the sudden fierce storm in between, but otherwise it would be a good bet for holidaying couples to try. It can get a bit pricey though at around USD66.

River cruise bookings are available online or onsite. Be sure to check for the best prices!

One thought on “River Cruise down the Saigon River”