Fort Cornwallis was established in 1786 and was named after the British Governer-General in India, Charles Cornwallis. Although called a fort, it has never engaged in battle. It is the largest and most intact surviving fort in Malaysia and was built by the British East India Company to protect the island from pirates and any possible attacks from the neighbouring state, Kedah. The walls are built with a reddish-brown brick, and there are decorative canons surrounding the perimeter. 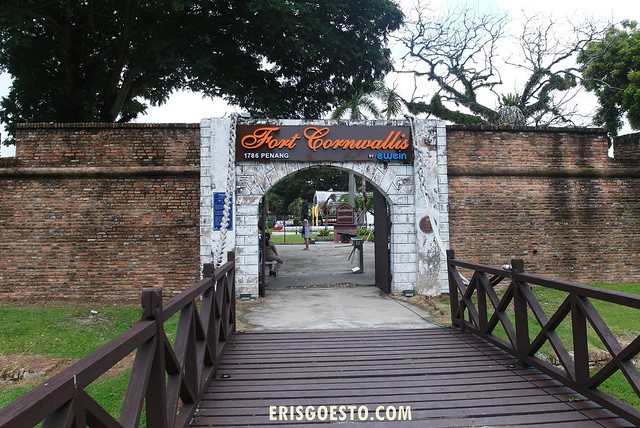 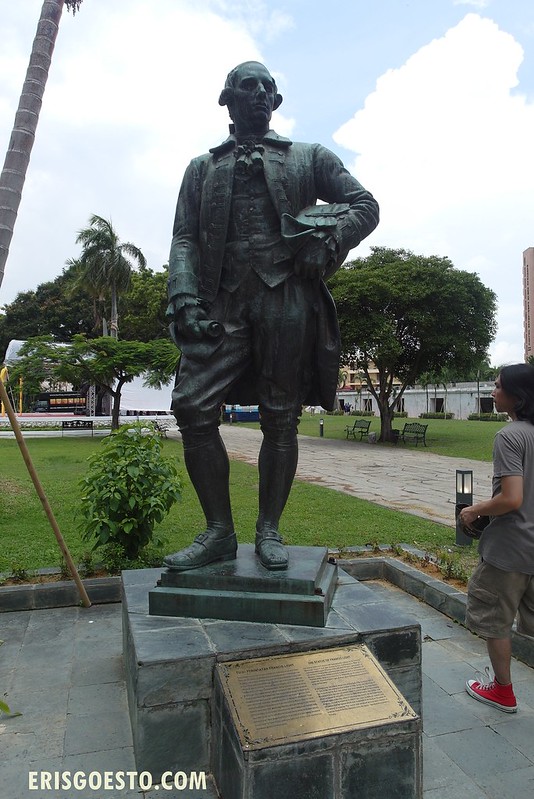 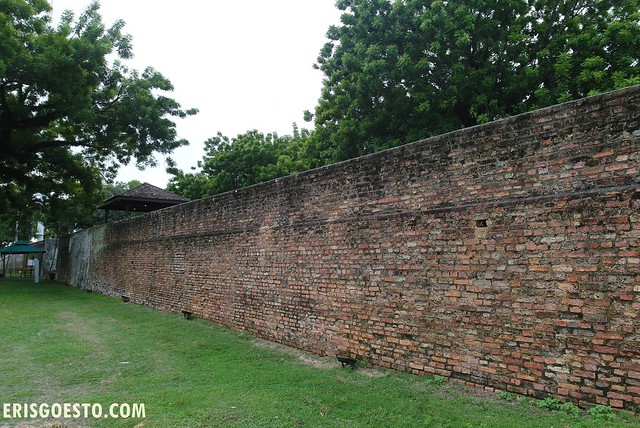 The fort is divided into several sections, including the main courtyard, some cubby-hole-like structures which used to be prisons, ramparts for canons, and the wall on top where visitors can stroll through. There is also an ammunition room, which was built to be very cooling, to house gunpowder. We hid in there for a few minutes for a brief respite, because the sun was merciless. 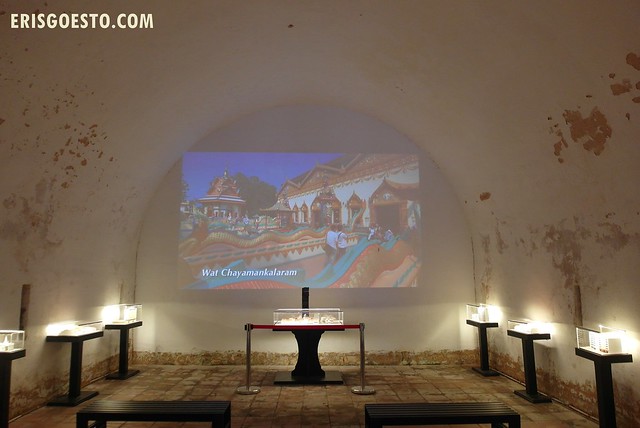 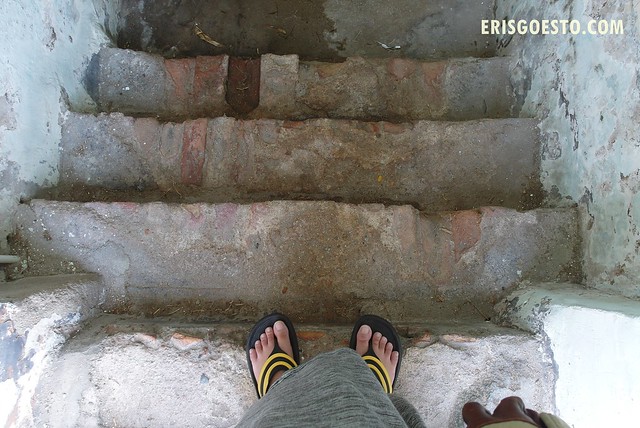 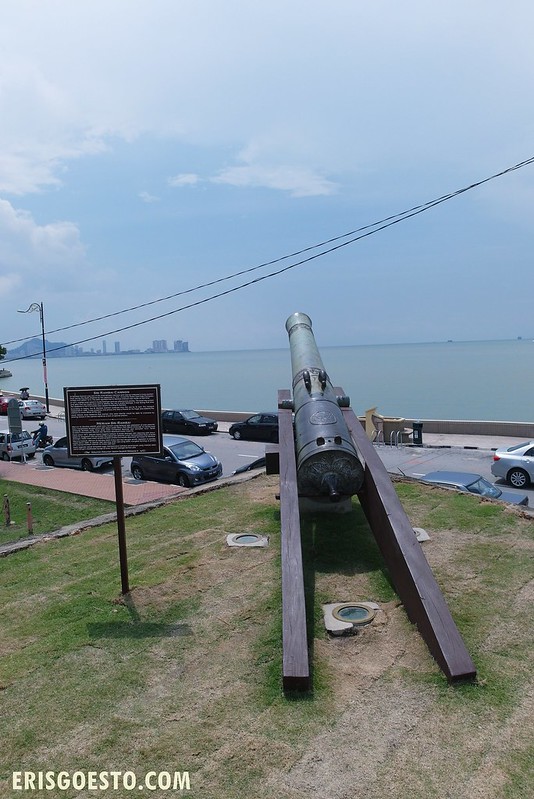 The biggest and nicest cannon within the fort is the Seri Rambai, which has made a long journey to be here. Cast in 1603, the greyish blue cannon was a gift from the Dutch to the Sultan of Johor. While fighting, the Portuguese (who colonised Malaya from 1511 until the Dutch took over) gained possession of Seri Rambai and took it to Java, where it sat for a long time and was later given to Acheh and Kuala Selangor before finally being seized by the British and placed at the fort. 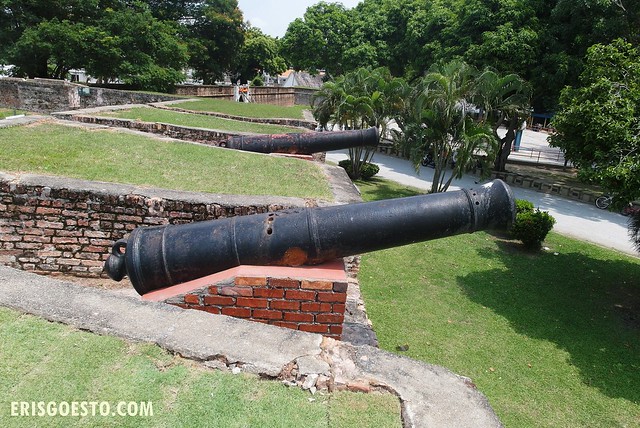 Fort Cornwallis is not terribly large and there aren’t that many things to do within, but it’s still a nice place to visit, especially if you love history. 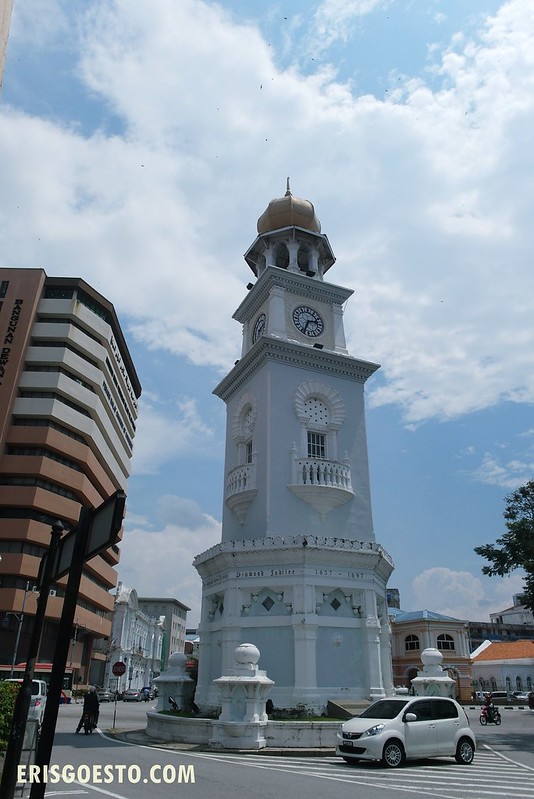 While you’re at it: Nearby is the Queen Victoria Clock Tower, built to commemorate her Diamond Jubilee in 1897. As you can see from the photo, there are local elements to it like the big yellow ‘bulb’ on top which is influenced by Moorish designs and is commonly seen on mosques. 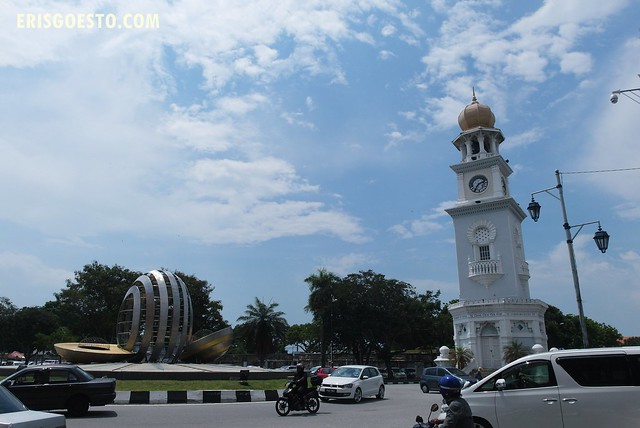