Located a few km away from Penang Hill is Kek Lok Si temple, the largest Buddhist temple in South East Asia. It’s a short walk after getting off at the bus stop. 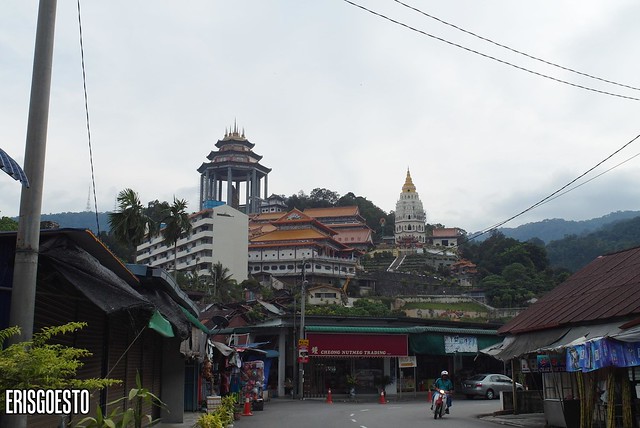 Building began in 1893 and was completed in 1906, with the seven storey main pagoda (the Pagoda of 10,000 Buddhas) added in 1930. One of the temple’s most prominent fixtures in photographs, the pagoda is influenced by Thai, Burmese and Chinese elements.

Towering over it on another elevated area is the giant bronze statue of the Goddess of Mercy (Guan Yin) which was completed in 2002. Got there pretty late and the temple was closing for the evening. D: Opening times are from 9am to 6pm, so we didn’t manage to go up to the giant statue. 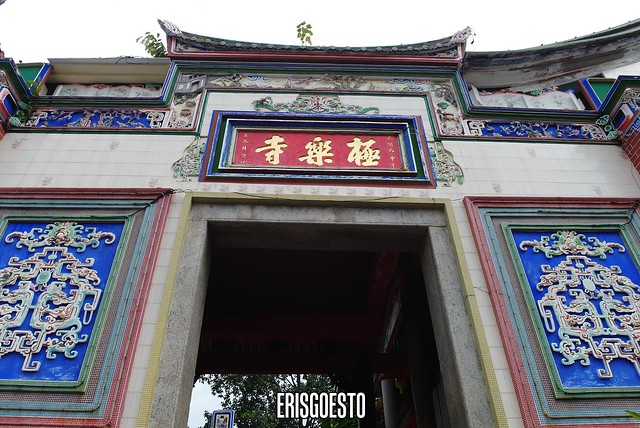 To get to Kek Lok Si, you have to pass by a covered walkway lined with souvenir shops selling everything from prayer materials to cheap clothing, toys, mantra calendars and windchimes. 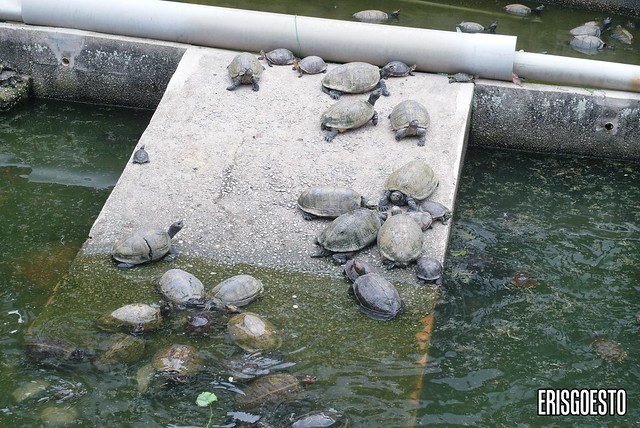 Outside the temple is a turtle pond with hundreds of them in there. The water looked quite dirty and the turtles ravenously clambered over each other as visitors fed them vegetables. I wonder if they actually got anything to it if there weren’t visitors. O-O 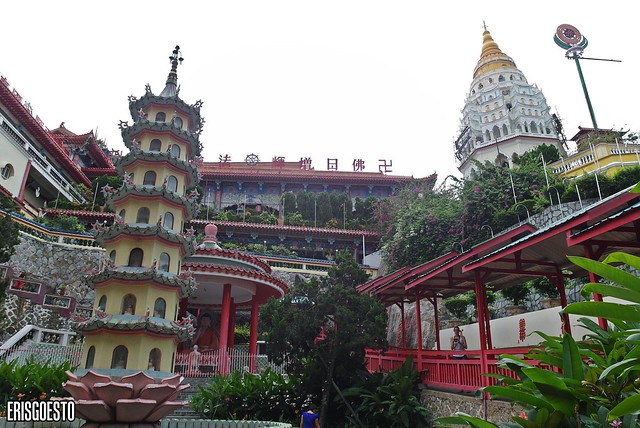 Since it was closing time, the place was empty, with only the chimes from a bell nearby ringing. 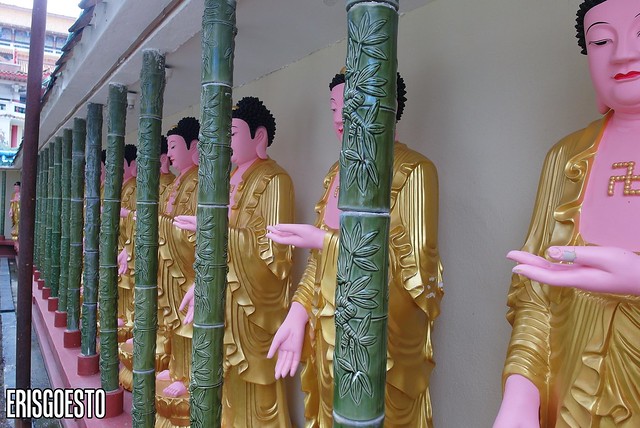 Since it was 5.45pm, we sneaked in for a quick look. One of the pavilions had rows of golden robed Buddhas behind bamboo pillars lining the sides of the walls. 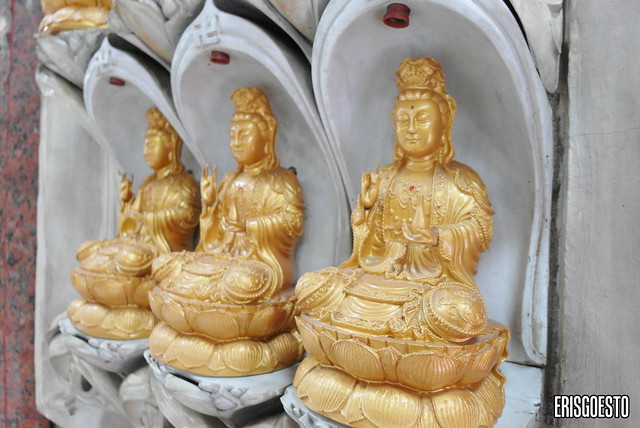 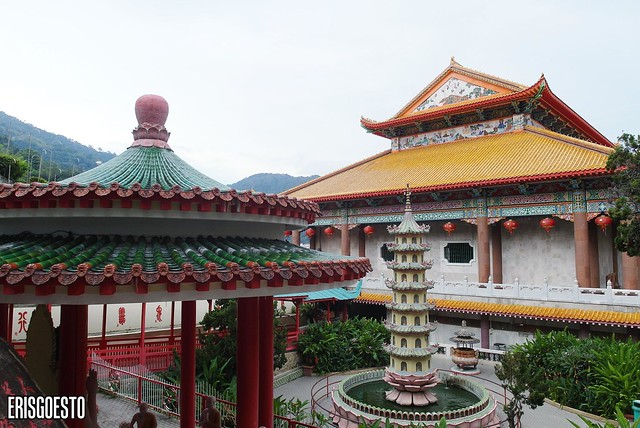 The architecture is heavily Chinese-influenced, with dragon and phoenix motifs, red-tiled roofs and round gateways similar to ancient Chinese courtyards. 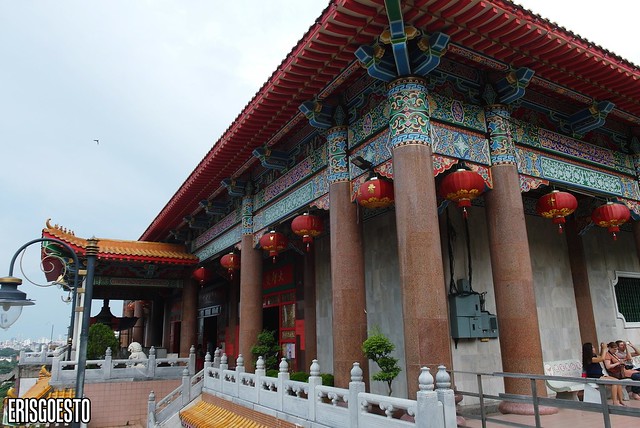 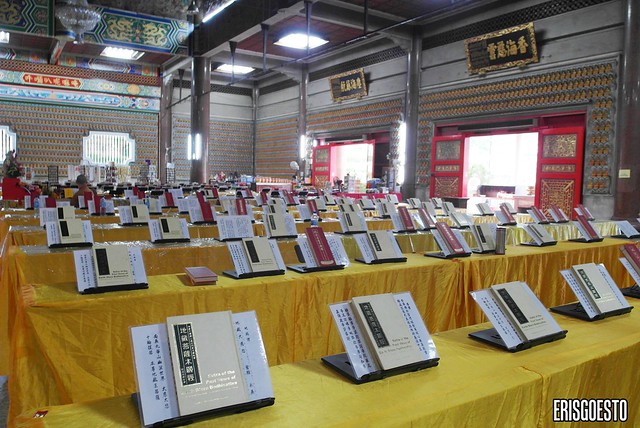 The main prayer hall, lined with neat rows of prayer books. Kind of like how you have Bibles for devotees in church. 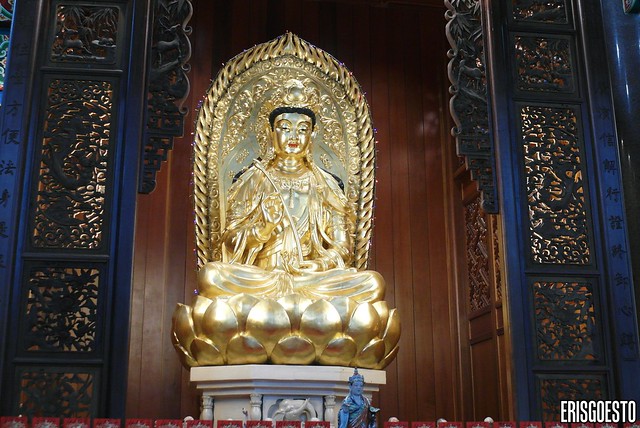 It was getting dark, so we hopped onto another bus and took it to Gurney Drive, a commercial seaside area near our hotel which has lots of hawker food stalls and seafood restaurants which open at night. 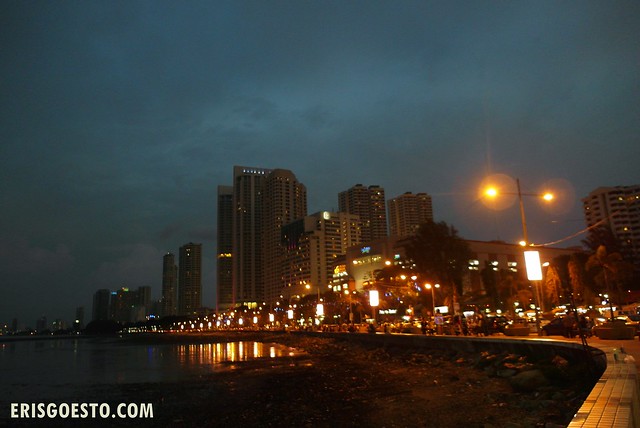 It was low tide when we got there around 8pm. There wasn’t even a breeze, and the shore was smelly with debris and garbage. D: There were rats scurrying around the rocky shoreline. Guess you don’t call this area ‘Pulau Tikus’ (rat island) for nothing xD 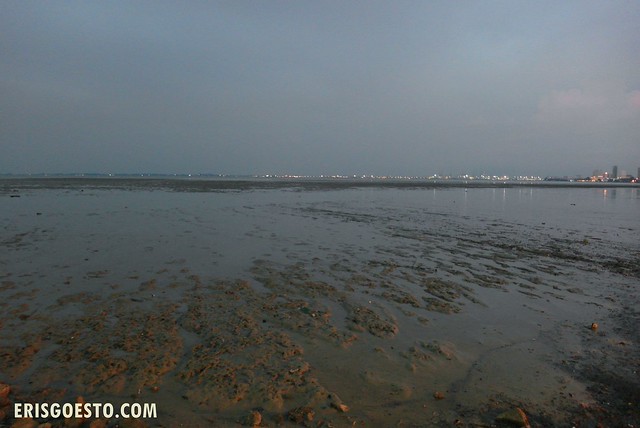 Had dinner at the large foodcourt there. Although there were many shops, most sold the same stuff like Assam Laksa and Char Kuey Teow, so there wasn’t much of a selection. We had lok lok (skewered meat and other items) and deep fried everything. Didn’t take a pic of the food because too hungry. It started raining not long after we finished our food, so we went to walk in the shopping mall instead. Been a long tiring day of adventuring, time to tuck in 🙂 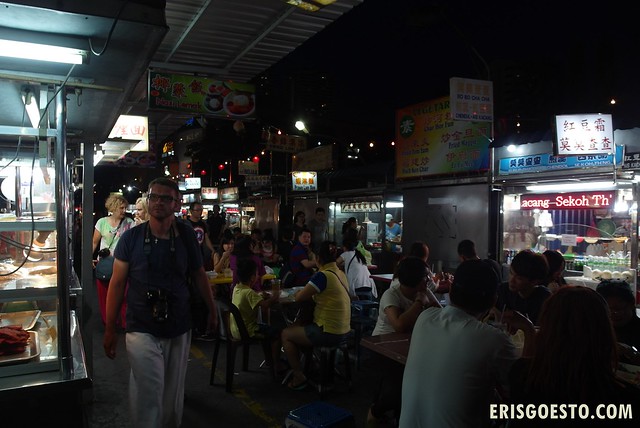