It’s the month of Ramadhan, when our Muslim friends fast for 30 days before celebrating Eid-al-Fitr, or Hari Raya Aidilfitri as it is known in Malaysia. During the fasting period, they have a meal at 5-ish in the morning and will not drink or eat until 7-ish in the evening. Many hotels would offer buka puasa (breaking of fast) spreads throughout this time. For a review from the newspaper I work at, I was invited to write about the one at Chatz Brasserie, Parkroyal KL. So I decided to put it up here as well. 😀 (For the actual article, read here) 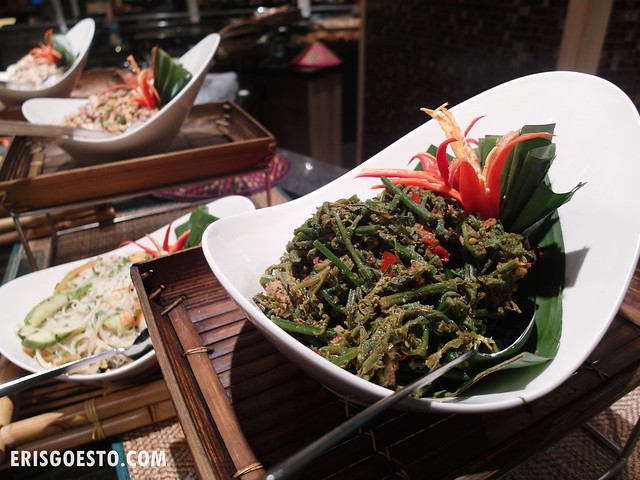 Themed around traditional kampung (village) -style cooking, patrons can expect some good-ol dishes served just like mom/grandma made them such as various ulam and kerabu (Malay salads), curries, rendang, as well as local noodles and rice dishes. 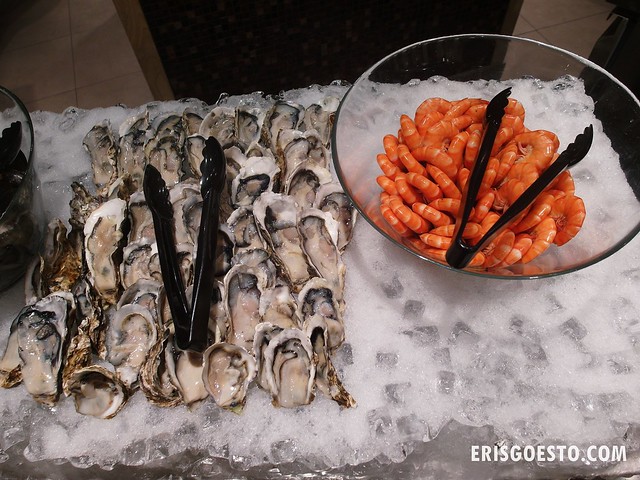 Fresh seafood selections on a bed of ice; oysters and shrimp. 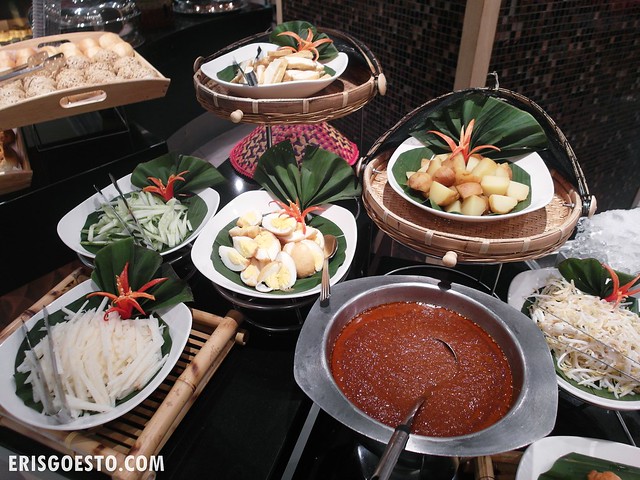 Pasembur, a Malaysian Indian salad made of shredded cucumber, potatoes, beancurd, turnip, taugeh (beansprouts) and prawn fritters, topped over with a spicy peanut-like sauce. The good thing is that you can adjust ingredients yourself to suit your tastes. 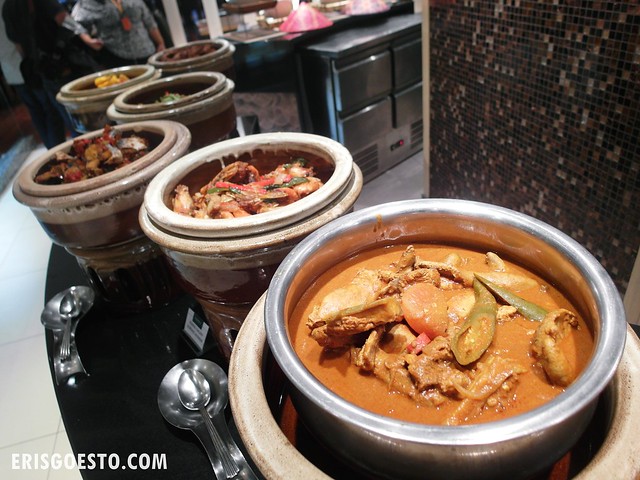 Some spicy curry dishes. I find Malay food a little too heavy coz everything is so creamy and spicy, so I can only have it once in awhile. (Right) Ikan masin masak tempoyak (spicy fermented salted fish) 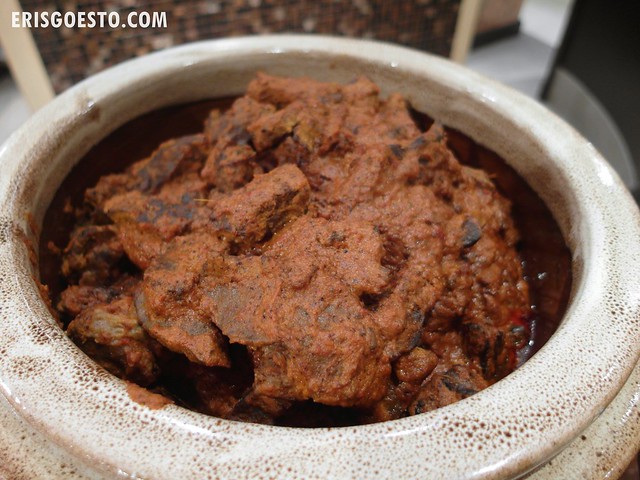 This was the first time I tried Rendang Paru & Hati. It was really good! Easily one of my favourite dishes at the buffet. Rendang originates from Indonesia but is popular in other countries where there is a big Malay/Indonesian population such as Malaysia, Singapore and Brunei; made with a blend of different spices and herbs such as galangal, turmeric, chilli, coconut milk and lemongrass. The paru and hati (lung and liver) was chewy and the creamy sauce clung to it with a smooth consistency. Lovely to go with white rice. A teensy bit too spicy  – my ear drums were hurting after a few servings lol.

Soup. They’re actually quite substantial, I’d call them ‘broth’. There’s chicken (left) and oxtail (right). The oxtail soup has a nice layer of oil on the top, thanks to hours of flavourful boiling. Patrons can opt to add-on condiments to their soup, such as fried prawn fritters, beef trimmings, fried shallots and chopped spring onions. It is actually quite similar to French Onion soup. One can also dip bread spread over with thick creamy butter to go along with it. 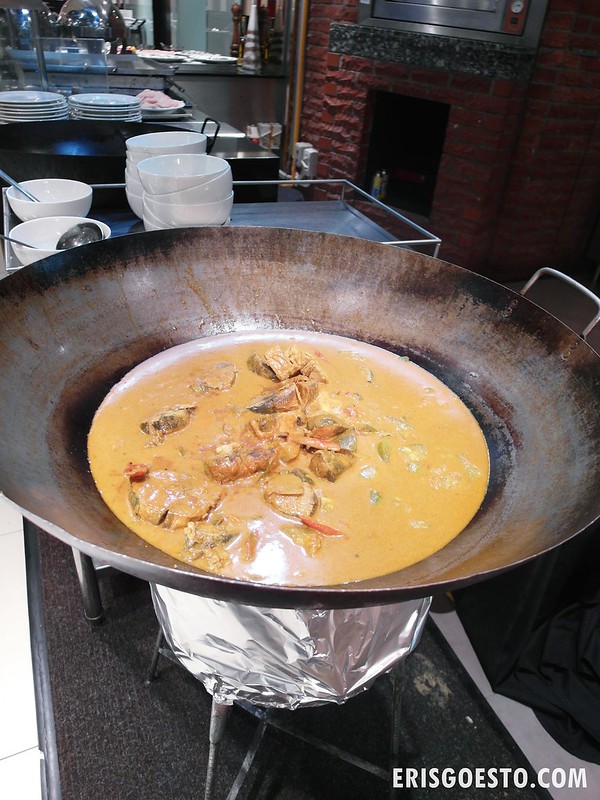 Gulai Kawah is a traditional Malay curry cooked at festivals in the village, whereby everyone gathers and pitches in to prepare a feast, hence the large wok to accomodate a big number of people. It is often served straight from the wok. The ones at Parkroyal were made from local tuna and beef trimmings. I liked the latter because of the chewy fat and lean meat which literally melts in your mouth. 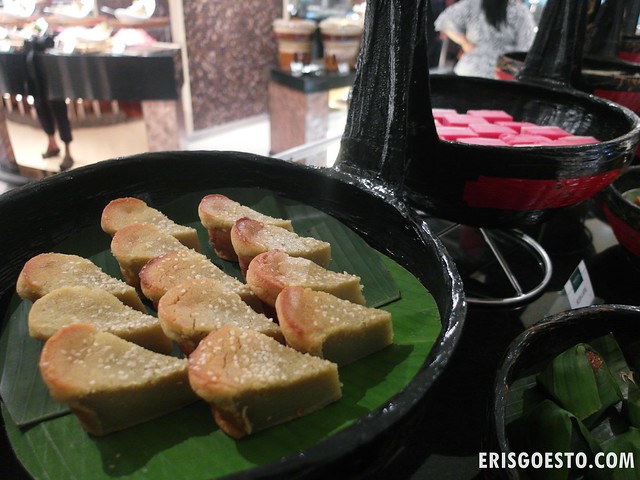 Traditional Malay kuih (cakes?). There’s kuih lapis (layer cake), kuih bakar Pandan (pandan baked cake) and many more. I like the Pandan cake (left) which has a slightly crumbly crust and thick, sweet Pandan flavoured jam on the inside. Sorry, the closest English word I could think of is Jam. In reality it has more of a doughy texture. 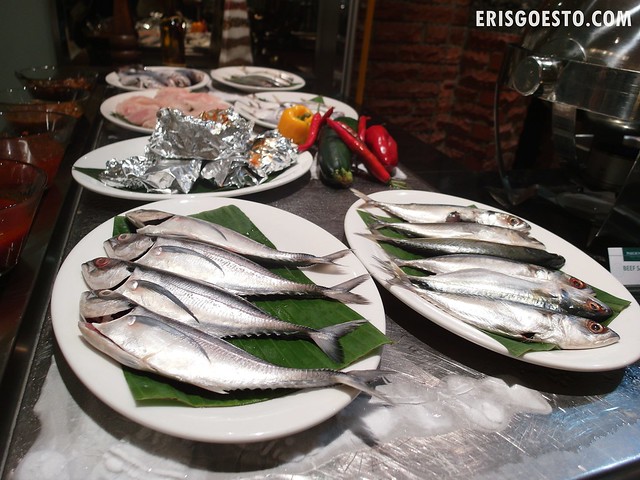 Fresh seafood grilled to order by the chefs. (Below) Ayam percik is a grilled marinated chicken basted with a spiced coconut milk gravy. It’s also one of the hotel’s specialties. 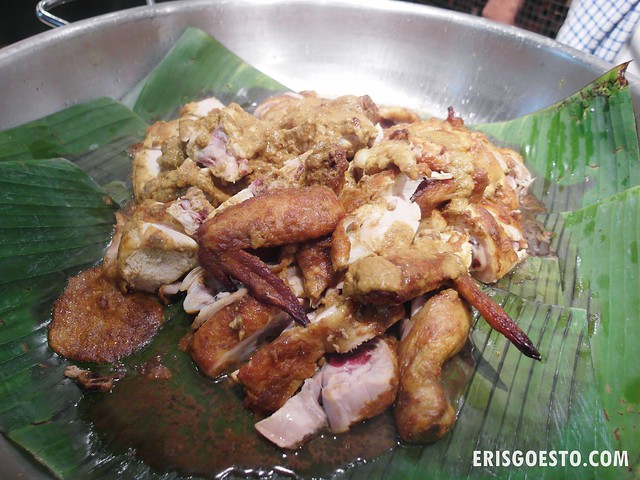 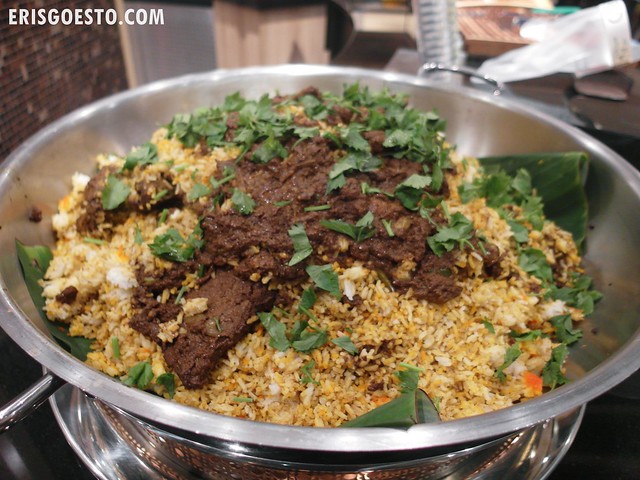 Another one of their signature dishes, which in my opinion was pretty good: Nasi Briyani Daging Tanam. Briyani rice originates from the ancient Persian cuisine and was brought to South East Asia by Muslim traders. The version here is topped with tender, juicy beef that just falls apart in soft juicy strips. 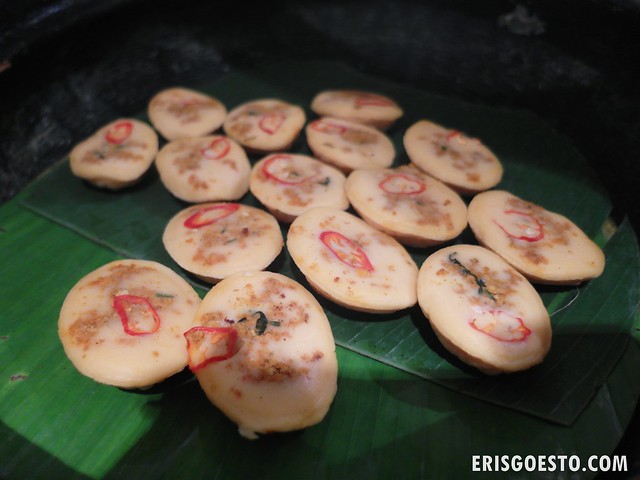 Kuih cara berlauk is made up of flour, egg, coconut milk and turmeric with a filling of spiced beef or chicken, so it’s savoury-sweet. 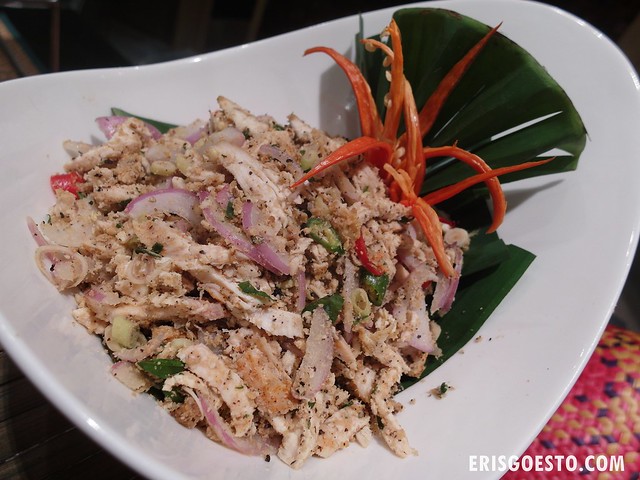 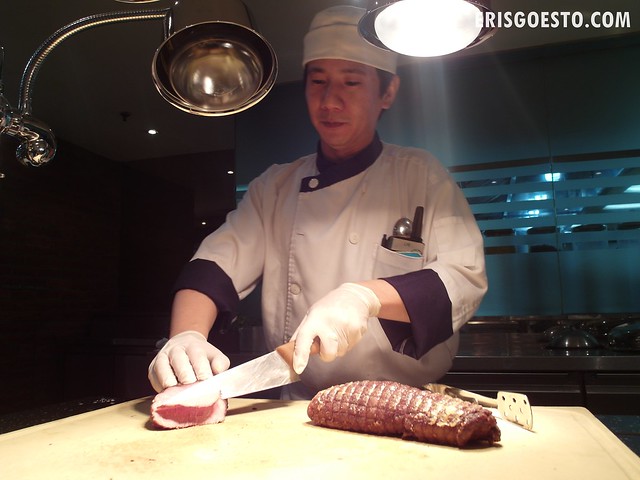 The Juadah Kampung buffet is priced at RM125 nett per adult and RM62.50 nett per child, is available until July 27. The buffet is from 6.30pm to 10.30pm at Chatz Brasserie, Parkroyal Kuala Lumpur, Jalan Sultan Ismail, Kuala Lumpur.