SPOILER ALERT. But I wouldn’t recommend you watch this film anyway lol. 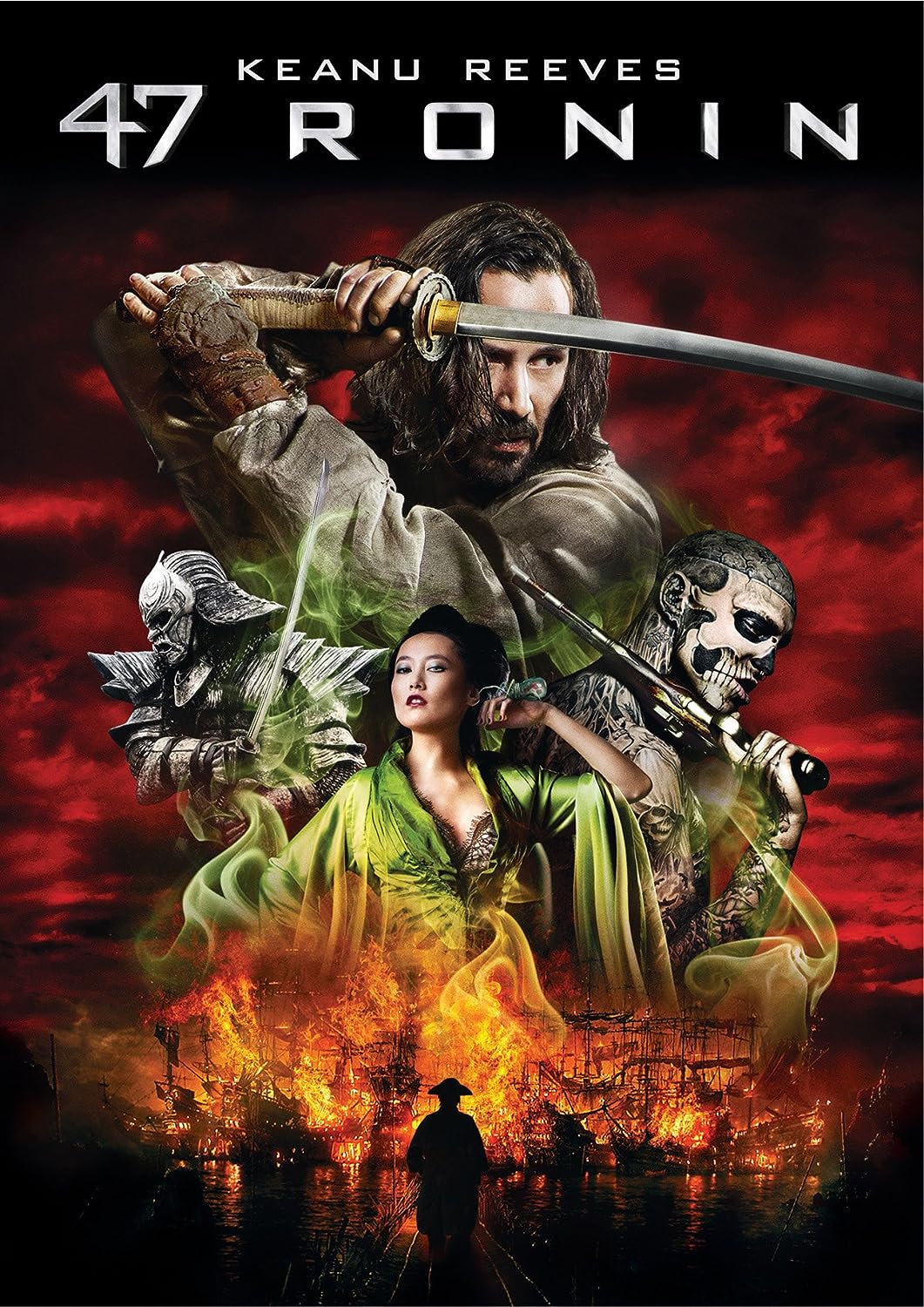 So recently I watched 47 Ronin, starring Keanu Reeves. And I have to say, it’s the first film that I’ve felt compelled to write a movie review, since my last one, Life of Pi in 2012. Yep, a whole year of not writing movie reviews, and 47 Ronin has inspired me to do it. Commendable.

Originally I was going to catch The Secret Life of Walter Mitty with a colleague, but she bailed at the last minute, so I went to catch one on my own instead. The only film that wasn’t showing too late was, you guessed it – 47 Ronin. Starring Mr. I-Can’t-Act-But-I’m-Somehow-Like-An-Adorable-But-Scruffy-Looking-Lost-Puppy-So-You-Should-Watch-Whatever-Film-I’m-In Keanu Reeves in it, so I figured it couldn’t be TOO bad.

Well. It wasn’t too bad.

If you look at it as a comedy instead of a samurai fantasy film.

47 Ronin is loosely based on a real story in feudal Japan, about a group of samurais who were stripped of their titles after their feudal lord Asano Naganori attacked another Lord, Kira Yoshinaka, and was ordered to commit Seppuku (ritual suicide) for murder. The ronins avenged their master’s honour by killing Kira after a two-year plan. It is supposed to represent loyalty, sacrifice and honour, traits Japanese people prize in their daily lives. In the movie, it’s really about Keanu Reeves getting the girl, while battling demons, other samurais and random colourful beasts along the way.

It’s a real shame that the retelling of the story with a fantasy-based theme fails to get this message across. It’s also a gross misrepresentation of an otherwise great opportunity to convey the rich, detailed Japanese culture of samurais.

First things first: throw your brain out for a few hours, because 47 Ronin stretches the limit of your wtf meter.

Here are five reasons why the movie is a flop.

1) Everyone in feudal Japan speaks English. Scratch that. I mean Engrish.

….And terribly Japanese accented English at that. It was like the film makers thought, “Oh. We should make it more realistic by getting all the actors to speak like they’re Fobs. That should convince everyone it’s really set in feudal Japan.”

It’s very hard for the audience to keep a straight face when the characters sound like “Bictory is ours” and say “Jaa-Pun” with a ch sound. So much for stereotypes.

PS: Apparently all the actors are pure Japs. So I guess it’s commendable that they tried to speak in ze England. But then wouldn’t it be easier /more convincing to just speak in Japanese then? Just to accomodate Mr Reeves? Or because the film makers think American audiences can’t read subtitles?

…The filmmakers probably wanted to stay ‘true’ to the original tale, but seppuku is like, THE thing to do if you’re to be considered a kewl samurai. Preferably in white clothing, because might as well give the washing maids one last chore.

4) The emperor, Shogun Takagawa, is just idkwtf. (MAJOR SPOILER! DON”T READ IF YOU PLAN ON WATCHING IT!)

You’d think that after the great battle against the Lord Kira, the great Shogun would grant the brave Ronin leniency, restore their honour and everyone lives happily ever after. I mean, the filmmakers already fucked up most of the film, might as well tweak it so the audience would have SOME form of worth for their movie ticket, right?

But nooo. They stuck to the original tale. So pudgy Shogun says Ronins, I’d love to let you live, but no. Don’t worry though, I won’t even go to the trouble of killing you, you can kill yourselves. That should be some fat consolation. And so, we come back to point (2) of seppuku-mania.

5) The entire film is basically about Keanu Reeves and a bunch of samurais who go about avenging the death of their Lord from the hands of an evil Other Lord.But it’s really about KR getting the girl in the end.

To be fair, the movie does have great costume design and backgrounds. But like another similar ‘richly detailed’ movie (remember Avatar: Legend of Aang?), it offers nothing more than pretty settings and backdrops. The story is bland, the characters soulless and really does not do the original tale justice. Reeves’ involvement in the film doesn’t seem to add anything other than to have a white boy in the film.

And the bad English really gets to me.

Are there any redeeming points to 47 Ronin?

In fact, I would watch just for Oishi (the lead Ronin, played by Hiroyuki Sanada), because he is really, oishi-looking. And he seems more like the lead character anyway. Stellar acting (better than Keanu’s I only have one expression and that is sad puppy dog eyes) and some semblance of a story in his character.

Rating: 4/10. Three points for Oishi, one point for his cute son Chikara.

Effects: 6/10. It’s a shame because the VFX are pretty decent.

Price: RM12 for an evening of wtf where is logic and drooling over handsome Asians with long hair and scraggly moustaches (Oishi.)