We continue where we left off at the Asian Civilisation Museum, in Singapore’s commercial district! Located just opposite the museum is the Singapore River, which has a neat little bridge crossing over to the other side. Cavenagh Bridge is one of the oldest bridges in the country still existing in its original form since the 1860s. 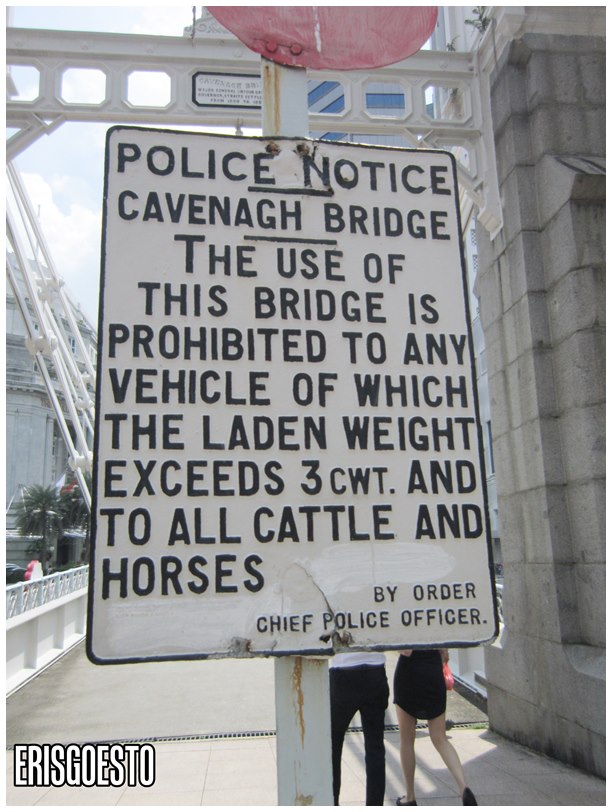 View of the Sg river, which is pretty murky (not much different from our Sungai Klang in KL!). This place is still a commercial hub, although very different from how it must have been like two hundred years ago, when the Chinese settlers were still peddling their trade at the river mouth.

Next to the river is the famous Fullerton Hotel. It is also an old building, reputedly haunted (as are most places in SG!) and used to house the old post office. Must say it cuts an impressive figure with its European inspired architecture.

Just by the riverside you will find interesting art pieces, such as this one featuring young children ‘jumping’ into the river for a bath. The cheeky art installation even has one of the statues in the process of taking off his pants. This must have been the case for children back in the days, but the water has become so filthy, and the river is definitely not safe for swimming in what with all the tourist boats about.

PS: This might sound silly but as a child, I always thought every single river was home to crocodiles. LOL

We walked over to One Fullerton, a waterfront vista with lots of chic cafes and eateries. If you don’t mind the blazing hot weather, it’s actually really nice to see the entire view of Marina Bay Sands (the three buildings with what looks like a ship on top) and the lotus-shaped ArtScience Museum (which unfortunately was closed that day. I’ll tell you why later). There’s also the floating platform (the colourful thingy in the distance), aptly named The Float, which is where the proud National Service trainees graduate every term, and where Singaporeans celebrate their National Day.

Those little white blobs of balls on the water are ‘Wishing Balls’, where people write their wishes and float them out on Marina bay. Pretty sight in the day, but I think it would be awesome if it were lit up at night. 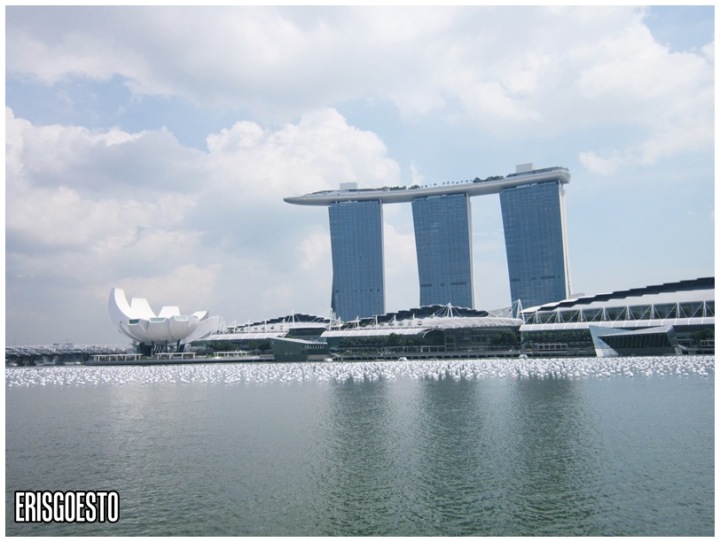 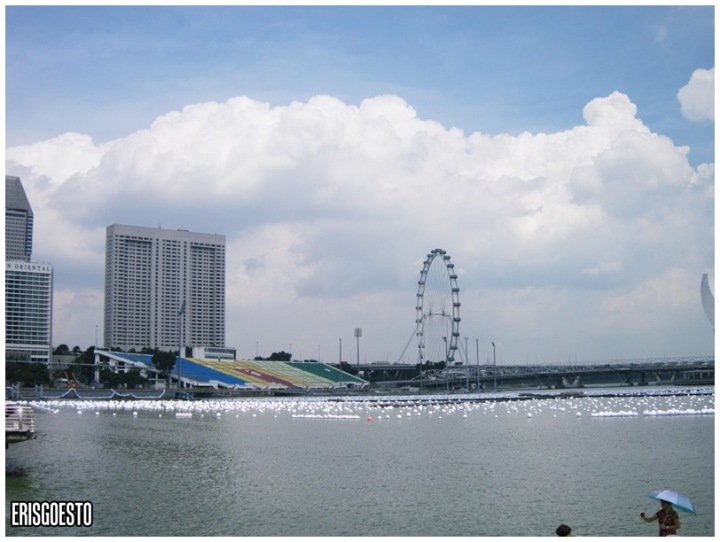 Just nearby is the symbolic Merlion, an icon created to representing Singapore’s maritime past as a fishing town, and the lion, derived from Singapore’s name ‘Singa’ which means Lion in Malay. Apparently figures of lions attached to fish bodies are not uncommon in cultures all over the world, including as a coat of arms in United Kingdom, for the British East India Companies, and in ancient Indian cultures.

The Esplanade is just above the Fullerton area. It’s a long stretch of walkway facing the river, and also includes a mass of skyscrapers. The funny shaped spiky buildings are nicknamed ‘durians’ by locals, and house huge theatres.

We had a quick lunch at the Esplanade shopping area, then headed back to the inn to check-in and rest. It’s tiring to walk up and down Singapore because of the humid and sunny weather. I daresay it’s hotter than Malaysia @-@