Every kid my age must remember growing up to at least ONE visit to this iconic theme Malaysian theme park : Genting! It has been 8 years since my last visit. Went up with the fam over a weekend. I was really excited coz I needed the holiday to escape from mounting stress at work. x__x Also coz they were revamping the place so it was a timely excursion before they shut it down for a couple of years. Apparently they’re building a FOX theme park here! 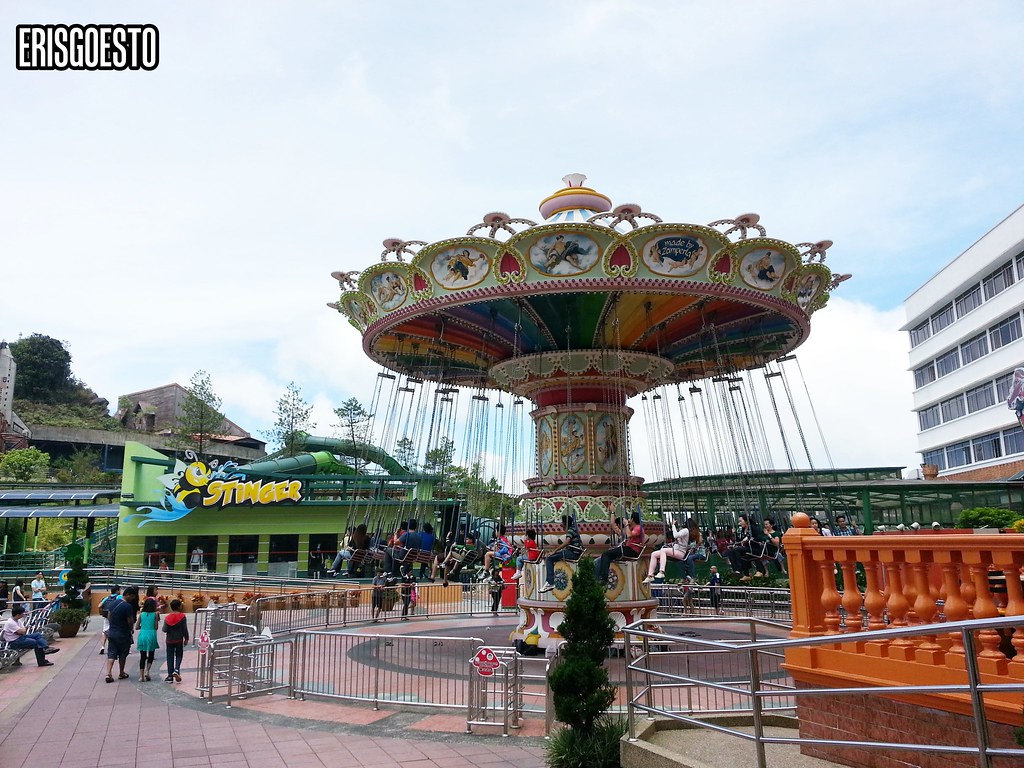 To those who don’t know, Genting Highlands is a theme park atop the mountains of Pahang, about an hour’s drive from KL. Going up with a car can be really taxing for the engine, so some people take the bus/taxi up or the cable car. Recently there was a huge bus crash here – a bus driver lost control of the vehicle and it plunged down the ravine.. more than 2/3 of the passengers died. So I’ve officially sworn off taking the bus up here even if it means taxis are more expensive lul. 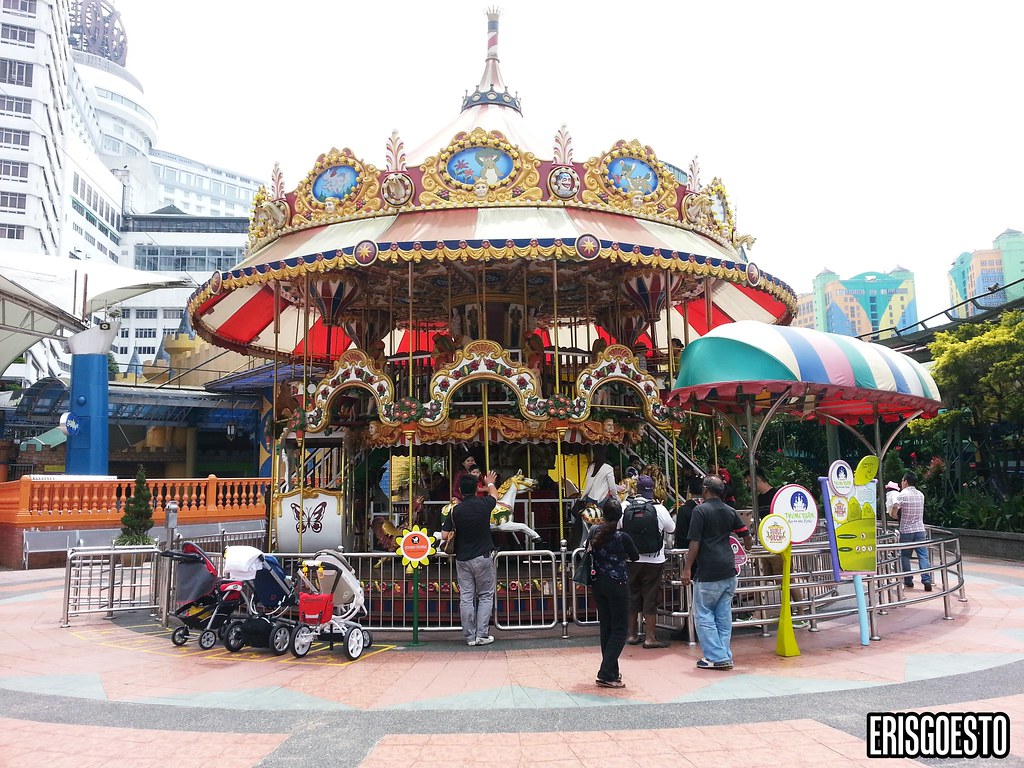 Apart from the theme park(s) (there’s an indoor one too), what Genting is most famous for is definitely their casinos. But more of that in another post.

The weather was absolutely lovely. Bright, clear but cold. Reminded me of English summers.Despite being a weekday, there weren’t many people – probably coz we caught the place in it’s last legs – they’re closing it down soon for renovations. Most of the rides have been there for ages.  The place recently celebrated it’s 48th anniversary, so you can imagine how old it is. The entry for both outdoor and indoor was RM70 (pretty pricey! Considering that they closed down most of the rides already. The price we paid was purely for ‘nostalgic purposes’, imo.  :x) 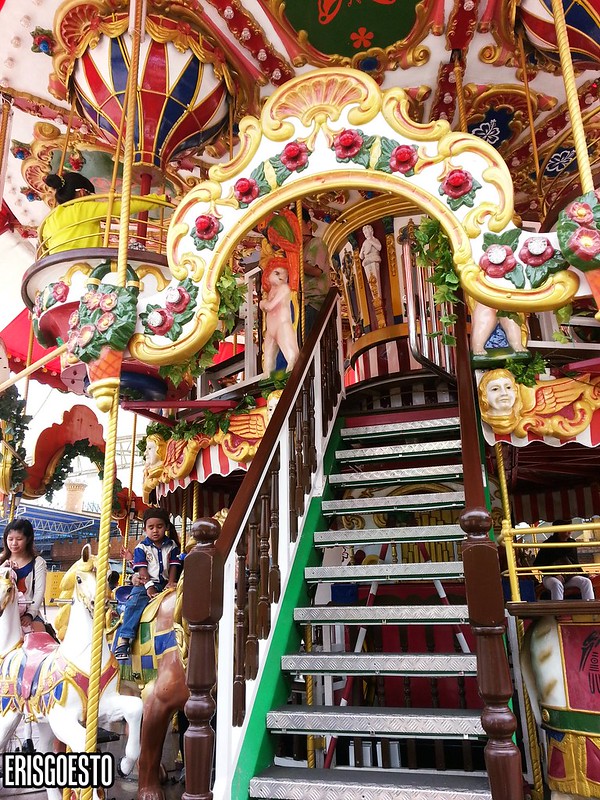 This was probably the last time I would get to ride on these creaky old attractions. They were REALLY old. I don’t remember them being so forlorn and worn down from my last visit. The mechatronics made screechy metal noises, like they’d fall apart at any minute. It’s sad that this once most-sought after theme park has fallen to this dilapidated state, while everyone else goes for newer attractions. Good thing that they’re revamping it then! 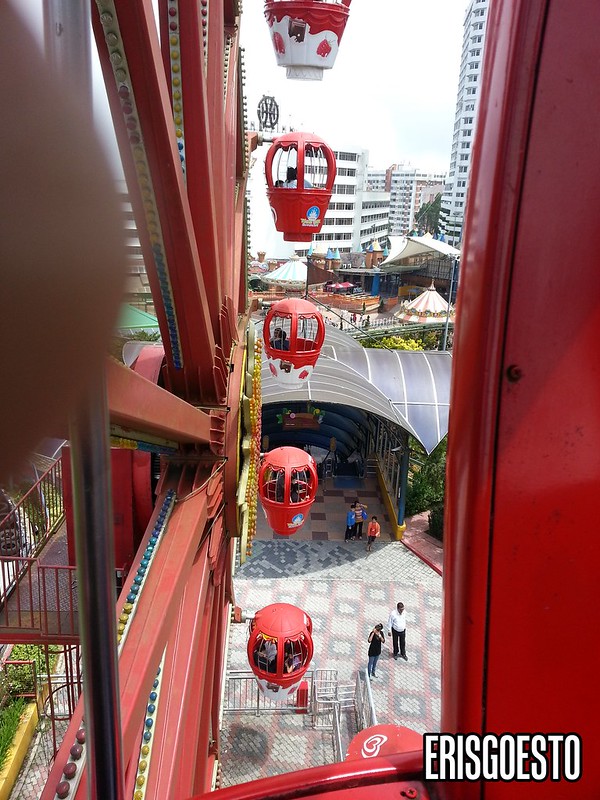 On the Ferris wheel! Moo was absolutely terrified of heights, she closed her eyes through the entire 10 minute ride lol. 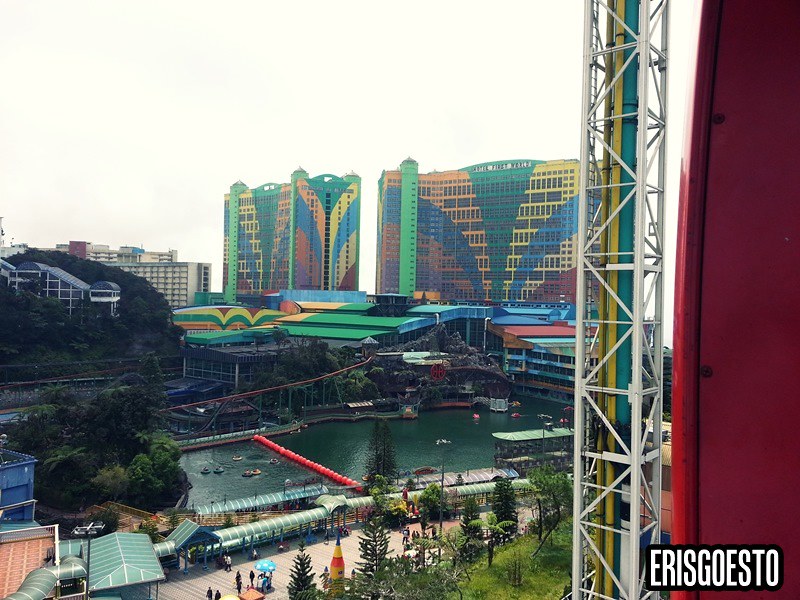 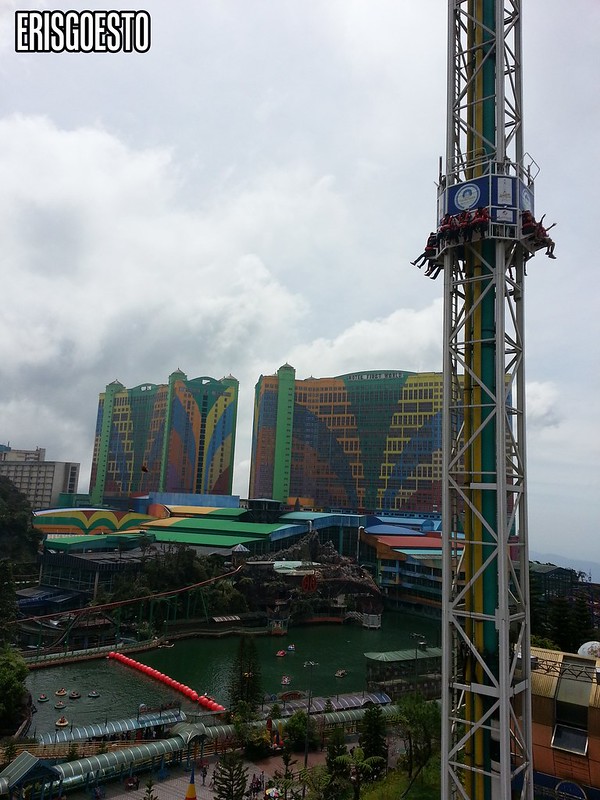 Wei, pops and I went on the ‘Space Shuttle’ ride (right). Which is basically a really tall tower-like structure where guests are strapped in, taken up about a 100 feet and plunged down at high speeds. The ride slowly takes you up and suspends you there for a few seconds before taking the plunge, whereby your butt literally flies off the seat. So awesome. 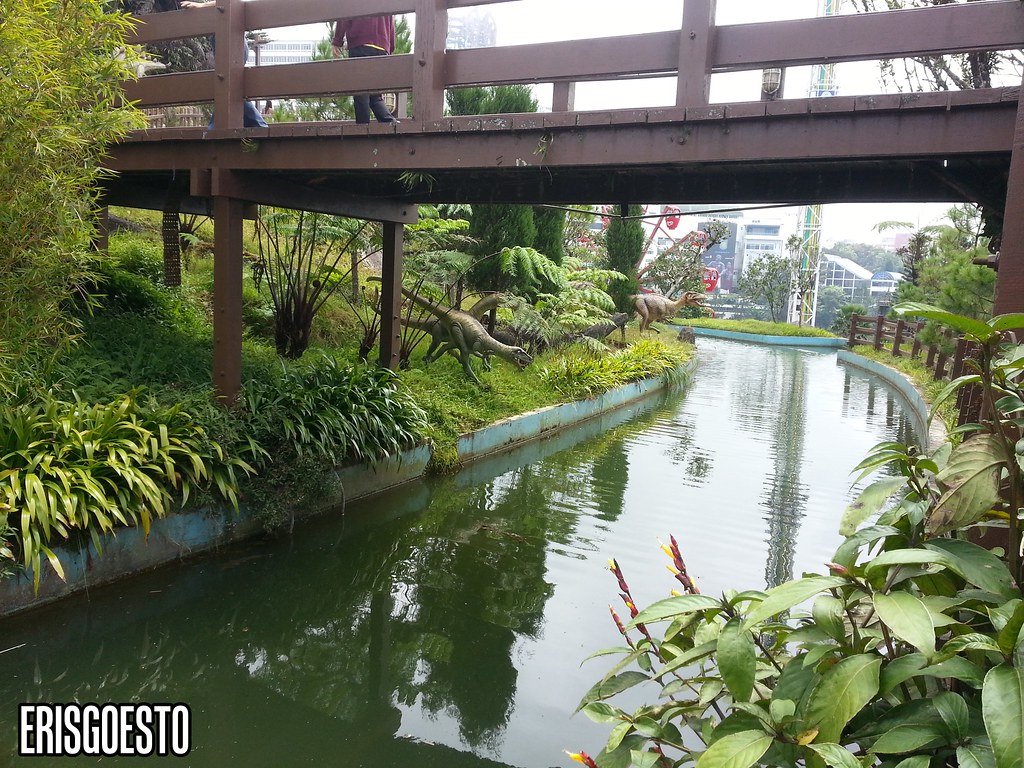 Nearby Dino Park was still open, but badly maintained. The river was dirty and had clumps of i-dont-even-know-what floating in them. The dinosaur animatronics were creaky, and I think T-Rex had an exposed robotic claw, with skin peeling off it’s sides. Also their roars were not synchronised with jaw movement, so it seemed as if it was roaring with it’s mouth closed lol. 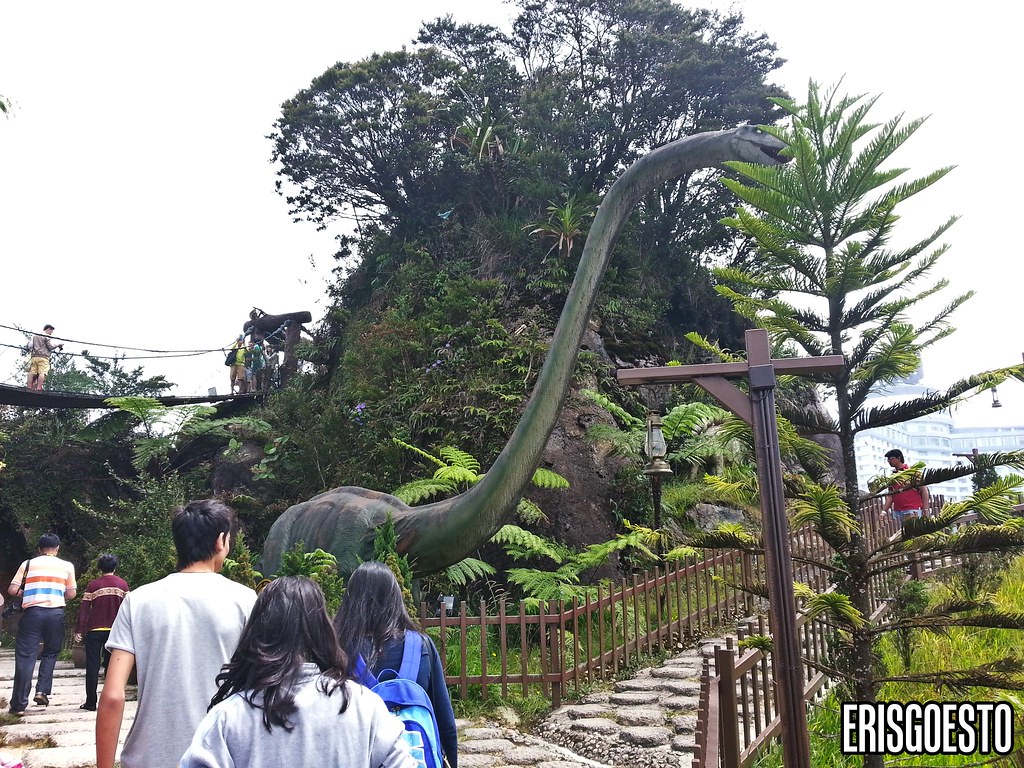 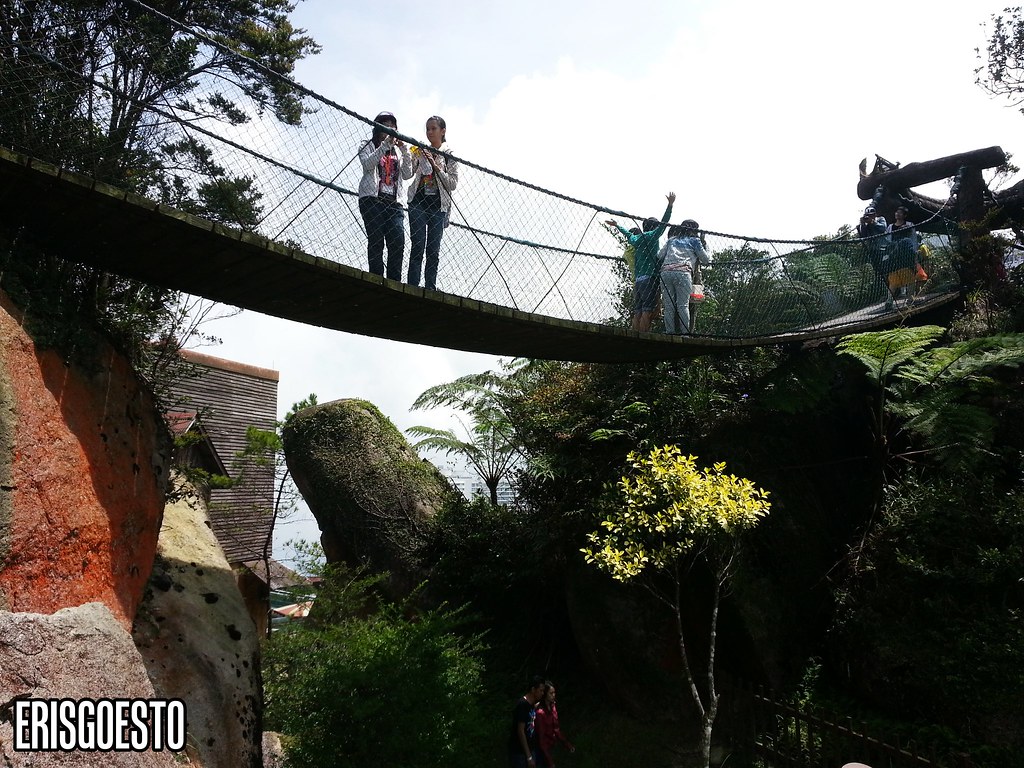 One of the worst rides was probably the ‘haunted house’. A complete RIPOFF. They should just call it ‘Dark house’ coz you couldn’t see shit inside. It was dank, smelly and there wasn’t even a fake mechanical ghost to pop out at us. 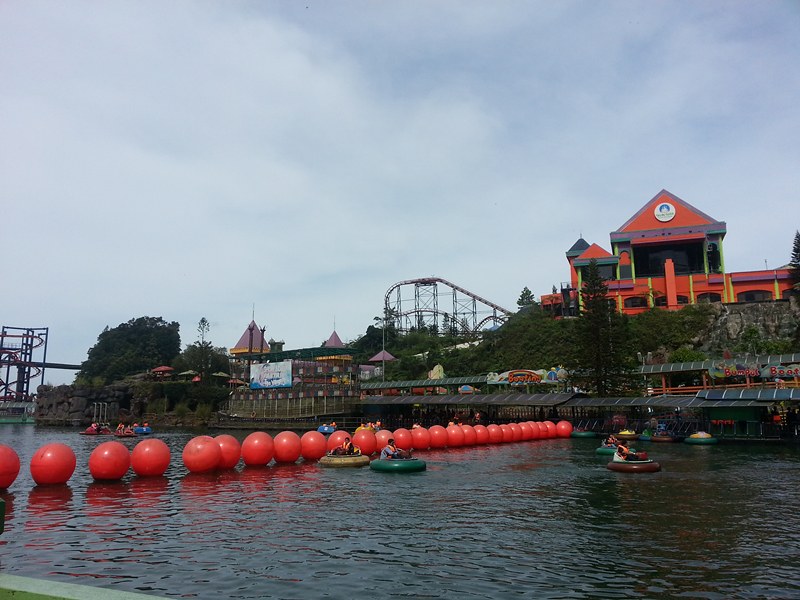 Another thing that was still open was the bumper boats and boat rides where you have to pedal to make it move. Didn’t go on those coz didn’t bring change of clothes in case we got wet.We also went on the roller coaster ride, which was a lamefest as well. Idk if it’s coz I’ve been to the ones in UK and Disneyland, so the local ones are unexciting in comparison.

Overall I was rather disappointed with the outdoor theme park. It brings back a sense of nostalgia, but they’re definitely not up to grade for today. Most of the rides were squeaky and looked like they had since the 1970s, some were closed for maintenance. It’s just sad to see such a nice theme park that used to be so grand in such a dilapidated state. Oh well. Hope the renovations are for the better!