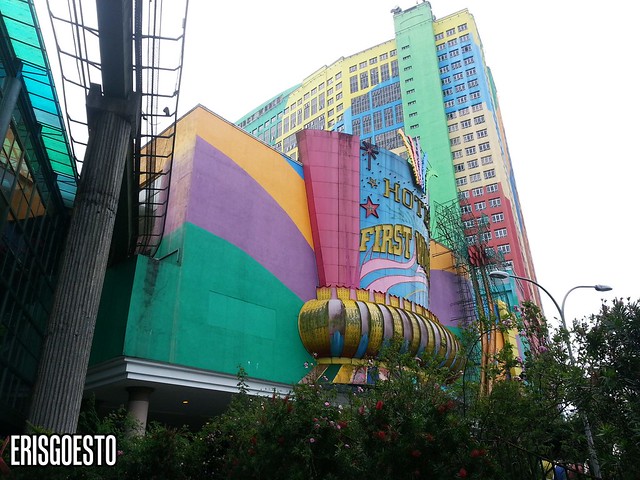 Welcome to Part 2 of my Genting trip! After the lamefest of rides in the Outdoor theme park, there was nothing else to do but go to the indoor one. Now if you’re here I STRONGLY suggest NOT to pay for the indoor theme park, coz it’s not worth the price. There are barely any rides – and most of the ones that weren’t close for upgrades were kiddie ones. We went on the EuroExpress coaster, which is an indoor coaster with about 3/10 excitement level. 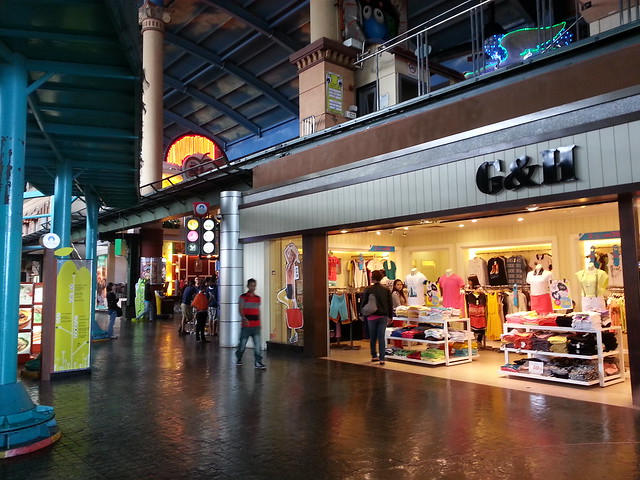 First World as a mall is really nice. It’s spacious and the decorations are colourful, with lots of neon lights. It’s themed after prominent locations around the world, like Times Square in New York. There’s a huge replica of the Statue of Liberty in the main concourse, as well as a replica of the Eiffel Tower. 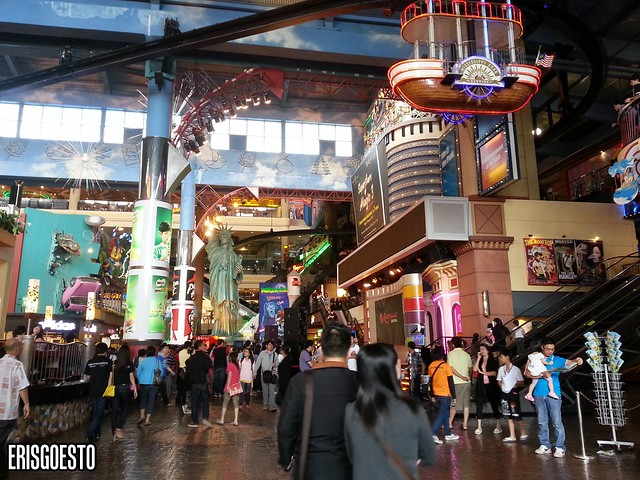 Shoppinggg. They have branded outlets like GAP, Padini, etc. But note that prices can be slightly more expensive than the ones you find in KL. 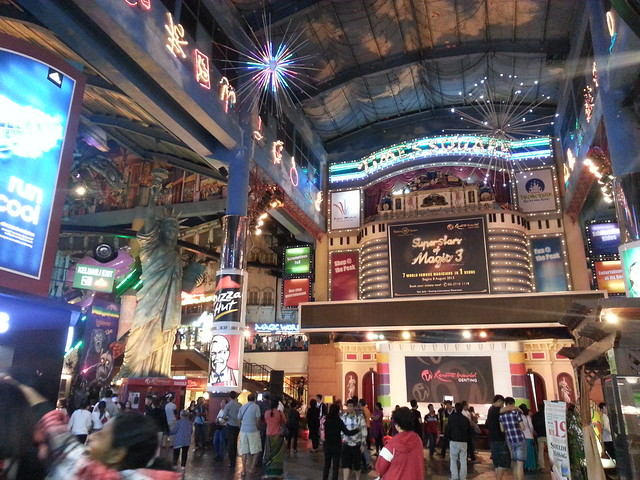 Everything’s a medley of bright colourful neon lights! It’s especially pretty at night :> Since the place is up in the mountain and pretty open, there’s no need for air-conditioning either. They regularly conduct dances and shows at the main concourse. 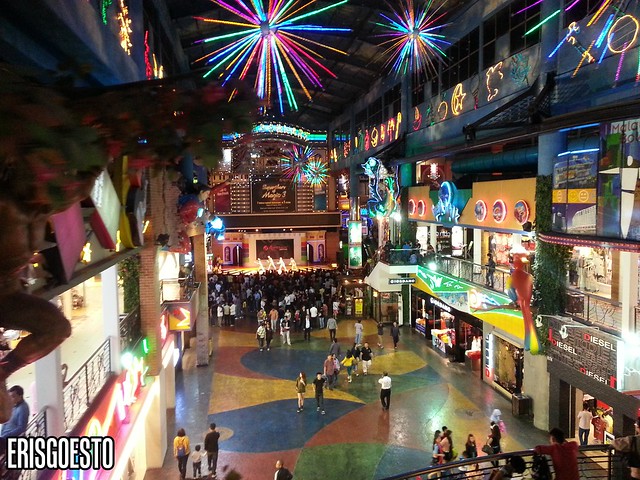 Food in Genting is pretty pricey. A normal bowl of wantan noodles cost RM10++. About the only affordable thing we could get was fast food, which is RM2-3 more expensive than usual. 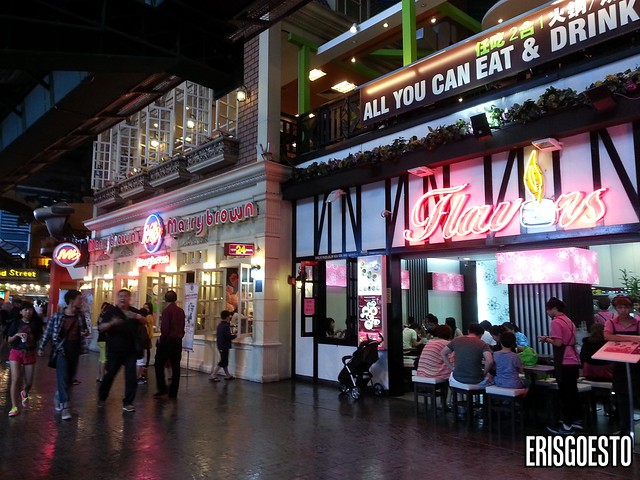 Wei and I went to Snow World coz I had complimentary passes that I got from covering some event. It wasn’t exactly a ‘world’…more like ‘box’. The snow was pretty dirty lmao. And we weren’t allowed to take photos inside. There was a slide where you can slide down while sitting on a rubber tube. That was dangerous as the tube was really bumpy and I banged my elbow really hard on the side when I was going down. That left a bruise x_x

It’s really cold inside. I’ve never experienced winter at -0 temperatures. I got a parka that didn’t have a hood, and I couldn’t be arsed to go get another one since you can only go inside for half an hour, so I spent the next 30 minutes freezing my cheeks off.

Went on a ride which took us around in a ‘ship’ above the floors. It was a very short ride, barely 2 minutes. 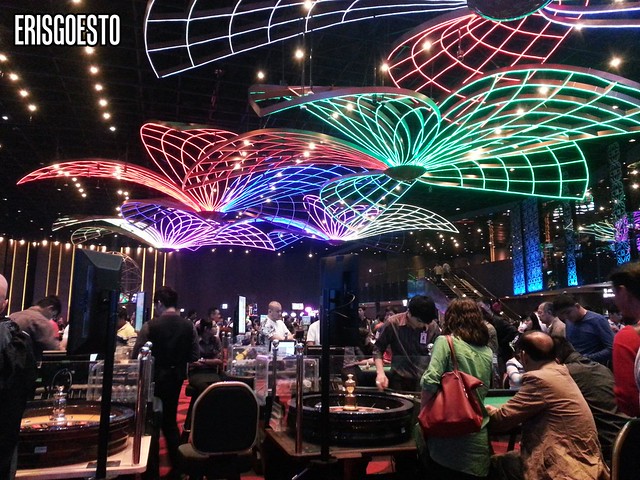 What’s Genting famed for apart from it’s theme park? Their casinos of course! I’ve been to casinos in Macau (the required age to enter there is 18) so it’s the first time I’m going to the ones in Genting. There are lots of tinier outlets, but the main one is at First World. It’s rather old and not as grand as those in Macau. Wide open space with lots of different sections for different games, slot machines, wheel of fortunes and what not. The whole place stank of stale smoke. I felt pretty ill inhaling all that shit.

It’s super interesting to see all these old men and women (some were even in wheel chairs and tongkats) bet energetically at the tables. The pro players didn’t even have to speak when they played cards, just tapped to indicate if they’d like to add cards or not. Wads of bills everywhere @_@ I can’t believe how rich some of these folks are. A stack of RM1,000 just like that. I could live for a month on RM1,000 and they spent it in 2 minutes. Genting must make MILLIONS everyday at the place.

But yeah, lots of aunties and uncles. Less younger people. Idk. It just felt like they were wasting their money and time, trying to strike it big. I saw this old grandmom, must have been pushing 80, in a wheelchair and sitting at a poker table slapping chips onto the betting area. And I wonder if her kids have a hard time with such a hardcore gambler mom.

Gambling for fun is probably okay, but it’s easy to get sucked into it. My maternal grandpa was an avid gambler, it really ruined life for the family. It’s a good thing my parents don’t gamble (and neither do I coz I have shitty luck. lol.)

I bet RM10 at the slots. It was gone in 5 minutes. zzz. I told mum I should’ve just blasted it all at the arcade instead.

Back to the hotel and Time for sleep! It’s nice and cold. No need for airconditioning. :>