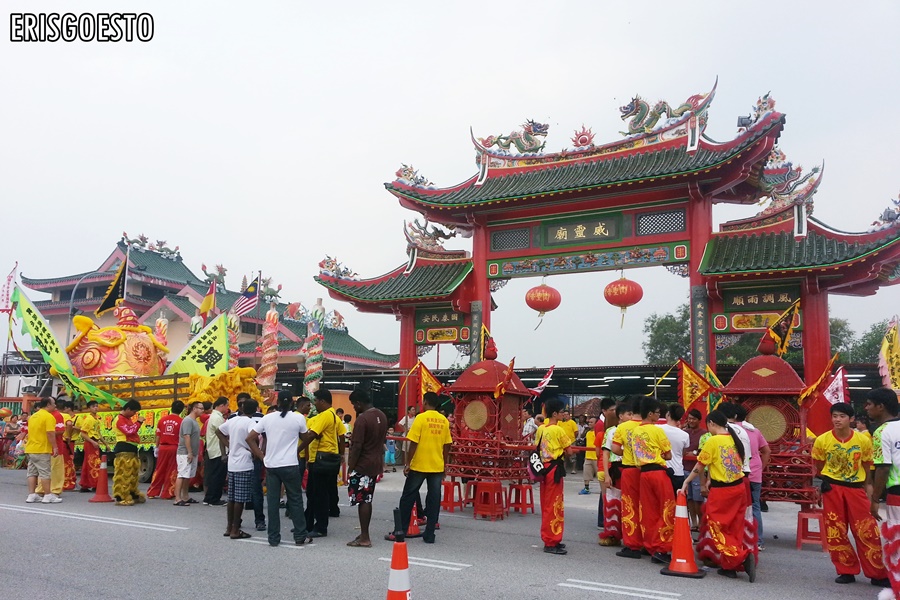 The first time I joined a religious procession was at a Chinese temple in Cheras, Kuala Lumpur, to honour the deity Kuan Tei (Lord Guan, also known as Guan Yee Gor or Guan Gong), and to celebrate the completion of the temple arch. 500 devotees turned up to take part in the 3km procession that went around parts of the neighbourhood, the main road and shops.

Guan Yee Gor is the patron deity for many businessmen, members of the triad (at least, that’s how they portray it in films) and policemen, as he is known as a ‘fierce’ god who champions values such as loyalty, bravery and justice. He was an actual historical figure: if you’re familiar with the story of the Romance of the Three Kingdoms in China, the god is derived from Guan Yu, war general to Liu Bei. Statues often depict him with a signature red face,  holding a giant blade. 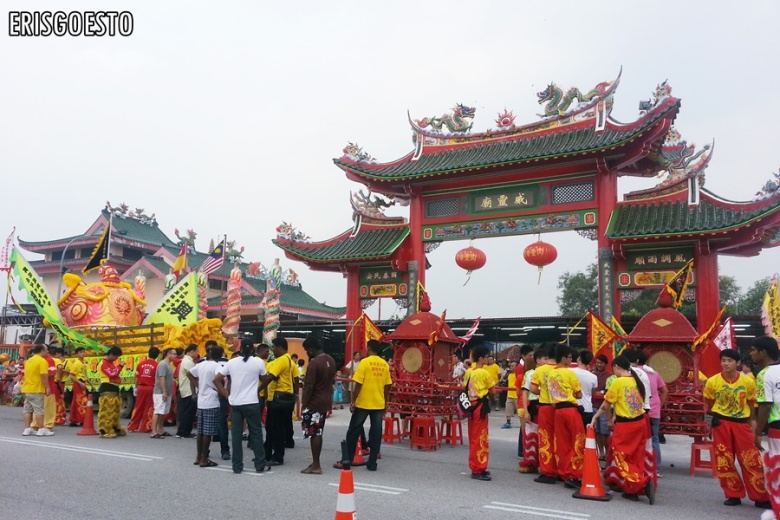 It was crowded, and the weather was hot and humid but with thunderclouds looming ahead, like an electric storm brewing. Large, colourful flags were set up all along the road, marking the procession route. Giant joss-sticks a couple one-storey high each were lighted up, their smoke dispersing into the heavens. Troupe members made preparations for the longest dragon dance (688 feet). 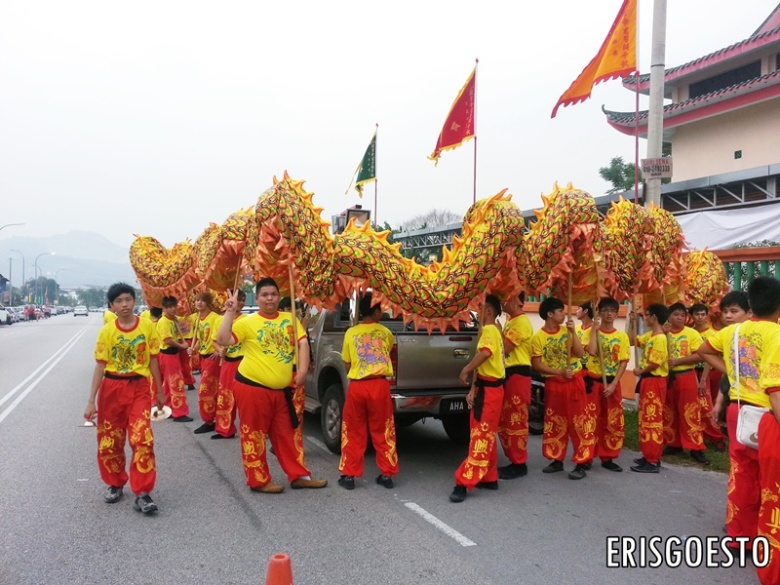 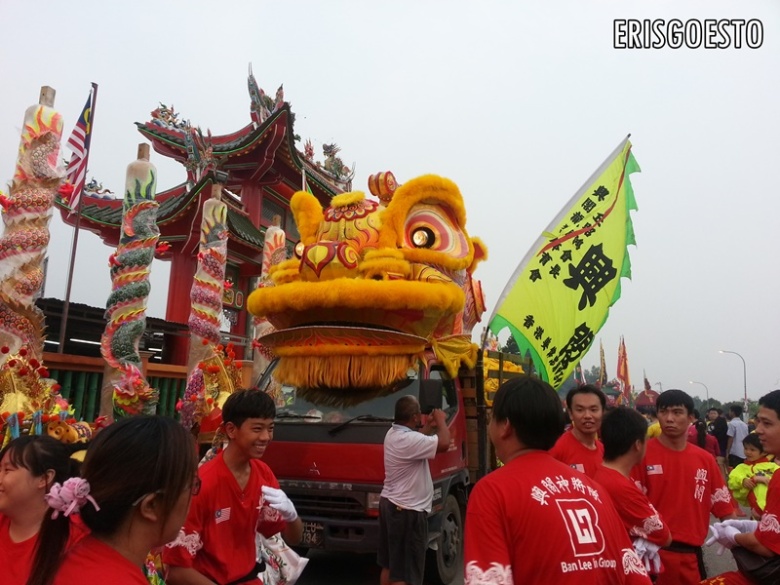 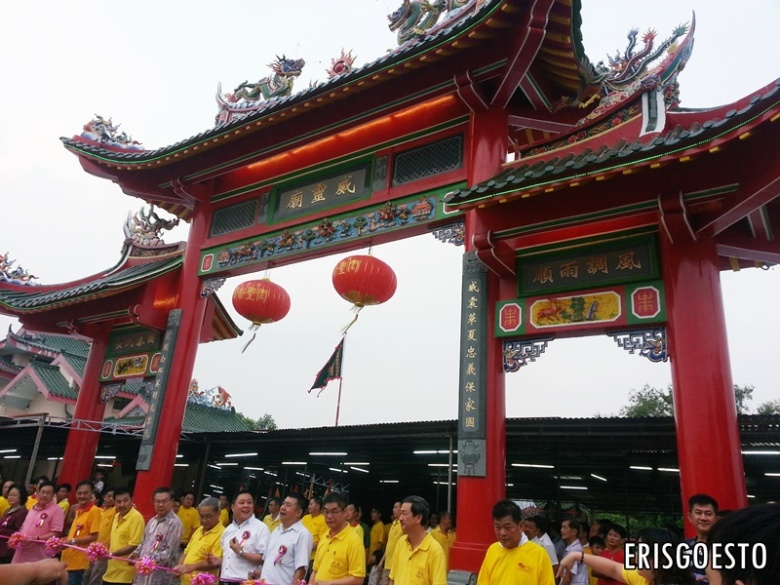 The temple arch. True to Chinese culture, the arch was painted red and dark jade green, with figures of dragons on clouds.

It was a very noisy affair (as is most things involving Chinese culture and traditions). Gongs were struck at intervals, chimes from smaller instruments and the steady beating of drums was a constant background noise. Monks chanted prayers while offering gifts to the various deities that would be ‘gracing’ the bodies of devotees at the procession today. 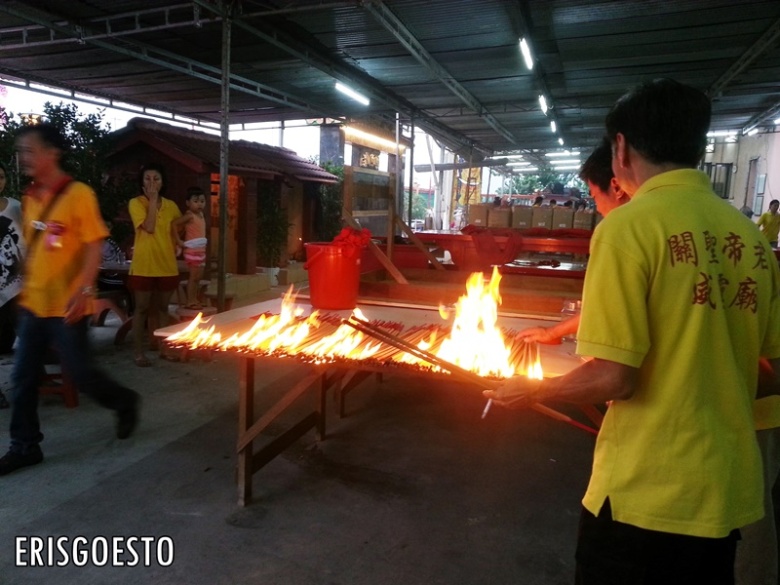 The event started off with the burning and handing out of joss sticks, which each devotee would carry throughout the two hour long procession. The devotees who would be carrying the gods as vessels had to go through a ceremony to ‘invite’ the god into their bodies. They would be pierced; very much like the Hindu rituals, and they would feel no pain. All of them were dressed in colourful, elaborate costumes of either bright yellow, black or red. 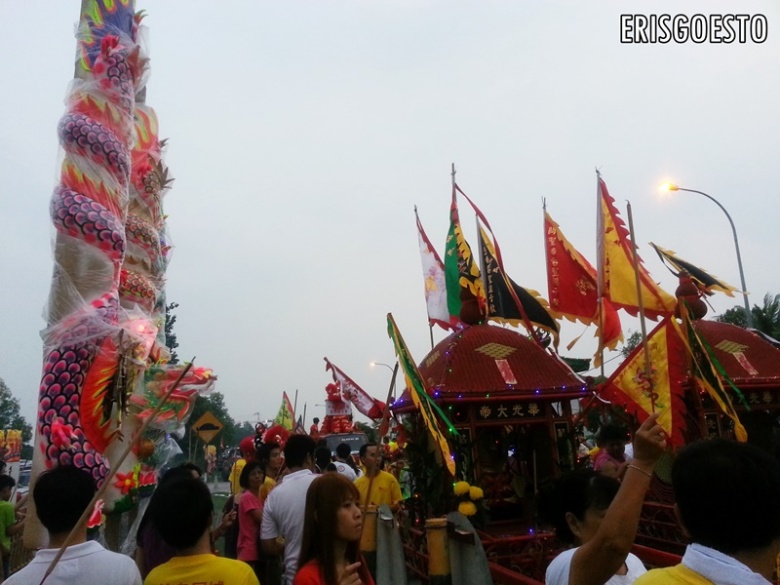 Meanwhile, people got ready to carry the deity statues in palanquins. These palanquins housed the ‘Three Princes’ and would stop at every crossroads, to ward off evil and bad luck.

NOTE: If you are squeamish to body piercings, skip this section. 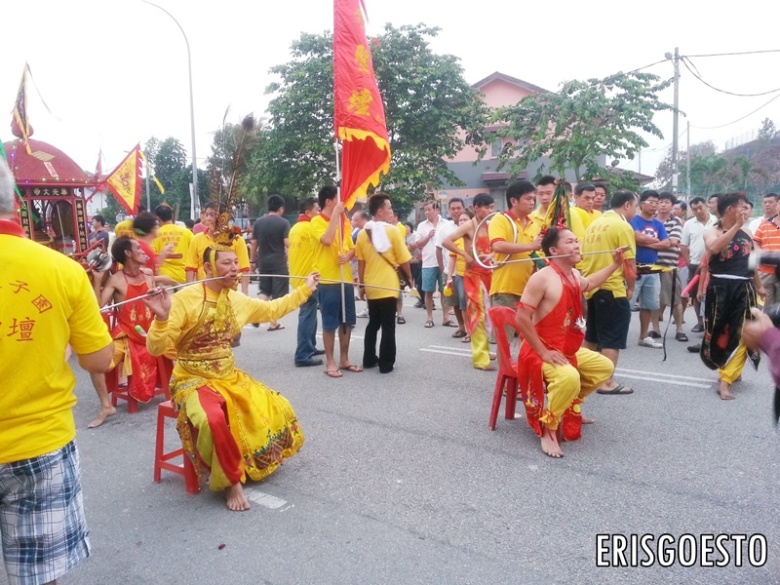 Devotees in a trance. Some had their arms pierced; others their cheeks and tongues. Some adopted the ‘personality’ of their gods, like one man who kept running around at top speed and had to be restrained by a few other people. 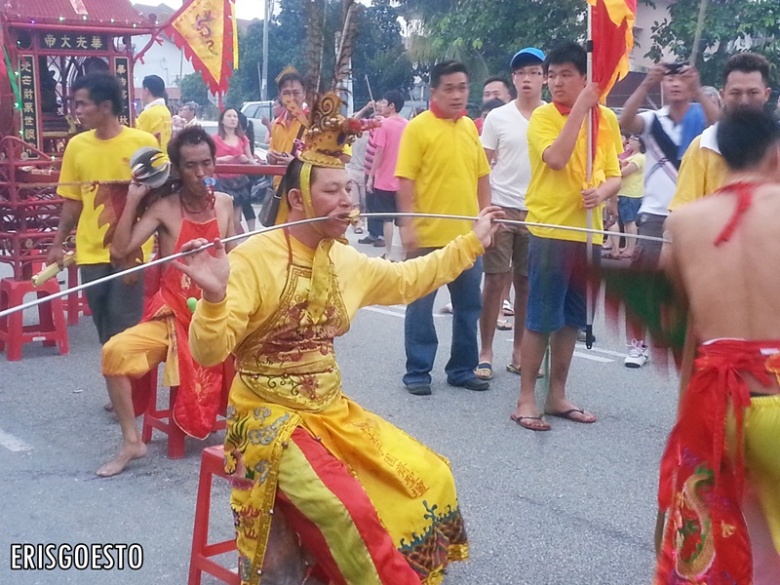 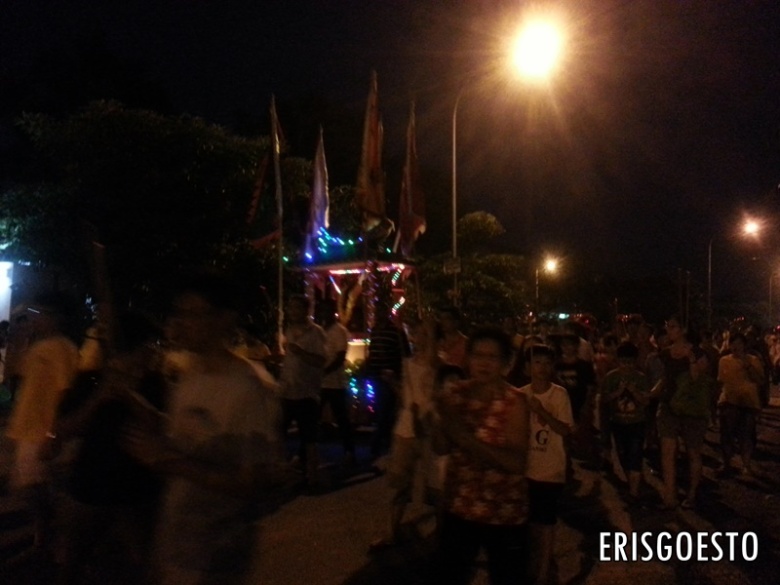 The procession passed by neighbourhoods and shops, blessing each area. There was a dragon dance, people dressed up as god characters from Taoist beliefs, such as Tai Sui Ye and the hell guards. It was a pretty long trek, and lots of people stared as we passed by. Traffic was held up in certain places.

Although I went back sweaty and tired from the 3km walk, it was an interesting experience. I should get myself involved in more of these cultural activities – imagine how embarrassing it is that I’ve never gone on a temple procession of my own culture lol.