When I visited the States earlier this year, I was  bowled over at the sheer variety of candy and junk food they have in their stores. Reese’s Butter Cups are not exclusive: you can walk into any Walmart and grab a load (they’re hard to find in Malaysia). Some of the more popular American candy like Snickers, Mars Bars, Twix etc have made it to Malaysian shores, but while shopping at Jaya Grocer the other day, I came across something that I’ve only dreamed of since I was a kid… 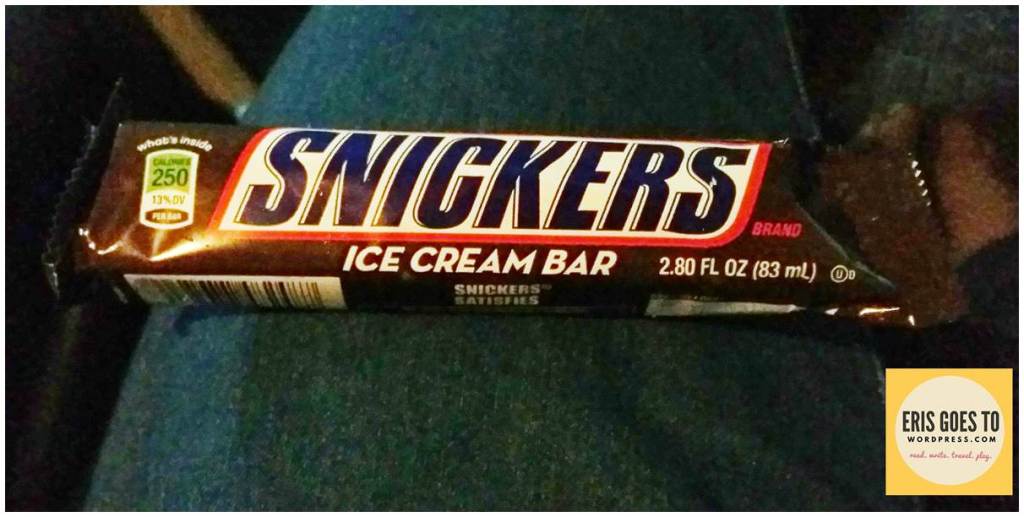 What. Is. This. Sorcery.

While it might not seem like a big deal to an American, these are like the holy grail of the Snickers experience in Malaysia. I’ve never even seen one until I came across this. The price tag was quite hefty but like hell I was gonna miss this. 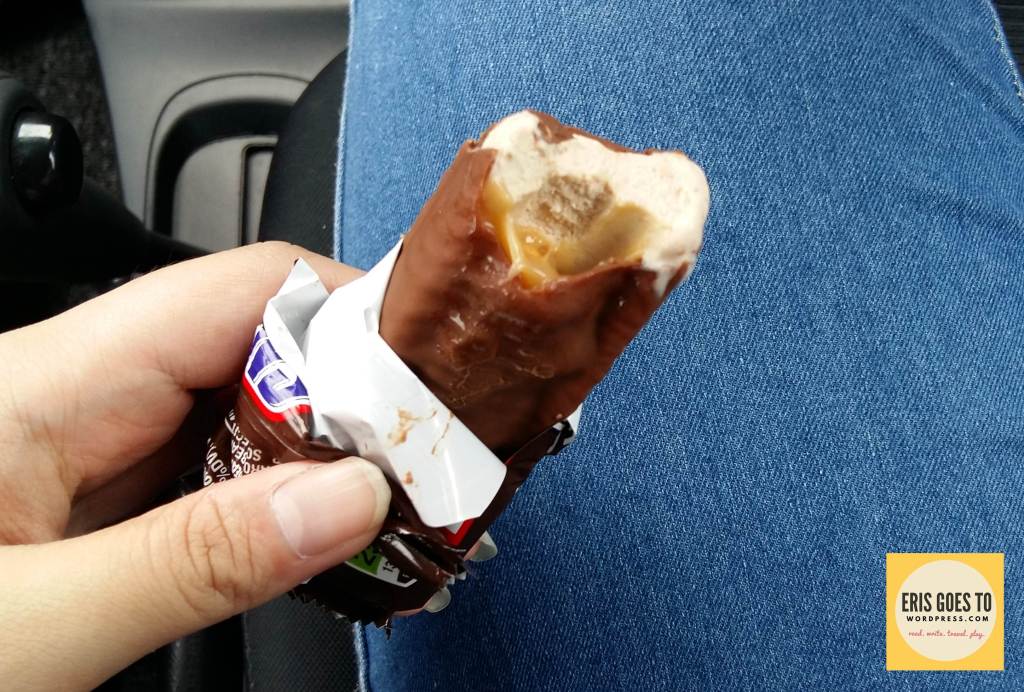 It looks just like a regular Snickers chocolate bar on the onside, but once you bite into it.. cold, sweet goodness. Peanut butter ice cream, gooey caramel, crunchy peanuts, all encased in a thin crispy layer of milk chocolate. I can’t believe such a dessert exists. Thank you, the genius who thought of making the already awesome Snicker bar even… awesomer.

Where can you get it ? 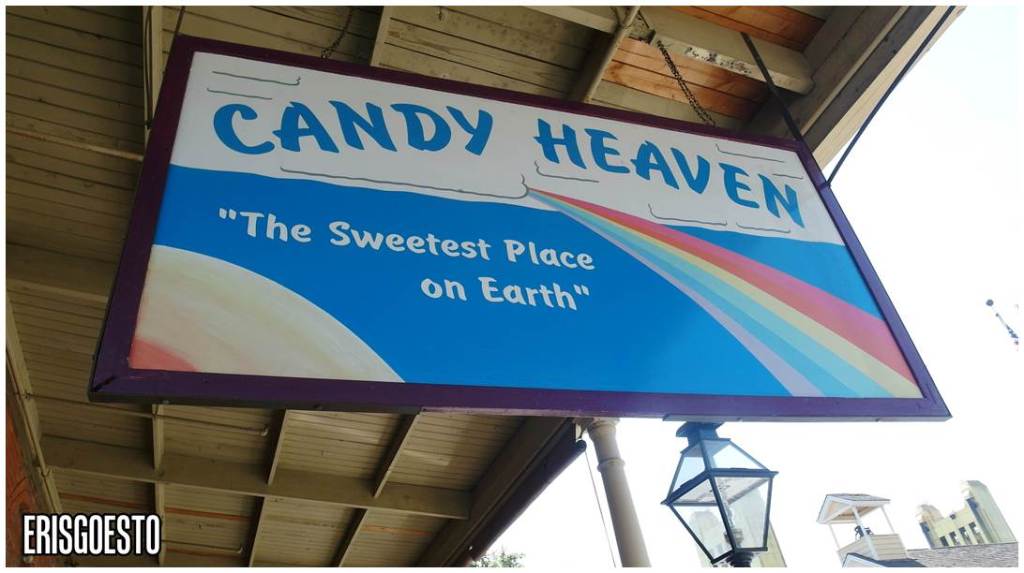 A place where you can eat candy and chocolate to your heart’s content – sounds like every child’s (and even some adults!) dream. And Candy Heaven in Old Sacramento, California is exactly that. 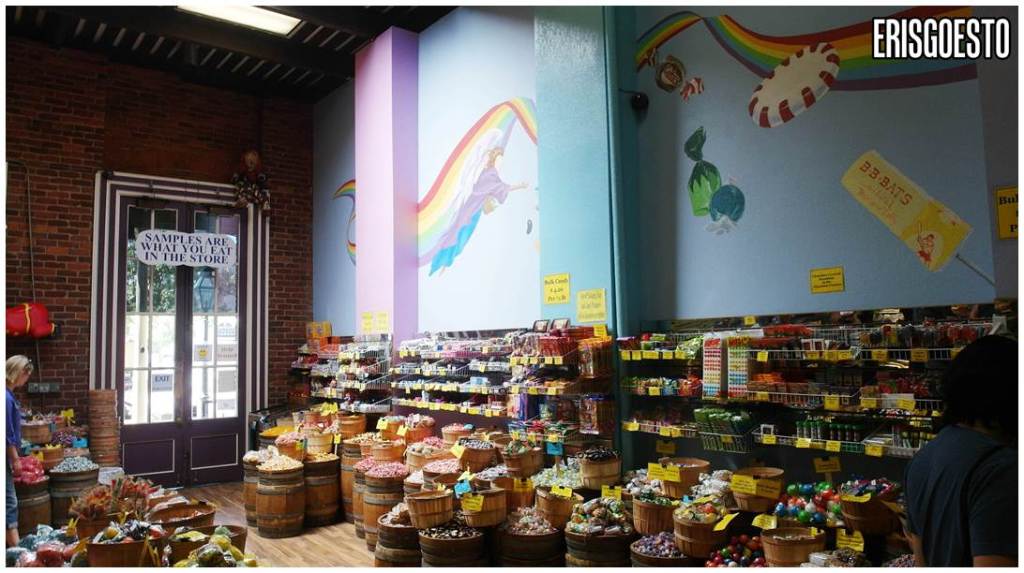 Sweets and candy of every shade and flavor imaginable line the colorful walls, which are painted over with rainbows and flying wizards…..

….Along with some not-so-friendly deco that might give children nightmares. An evil looking clown sits on the second floor, overseeing patrons. The set looks like it might have been thought up by someone on LSD, with the giant tie-dye tapestries.

The best part about American candy stores?  You get to try stuff before buying them. As much as you want. (PS: You can’t do this in Malaysian candy stores.) You can even eat inside the store and then leave after you’ve had your fill, but why would you do that when you’re faced with an armada of lovely, sweet treats to bring home?

Americans love their taffy. Which is not very big in Malaysia. Some flavors are fine, but others taste quite odd. It was an interesting experience walking around the candy store and just fishing sweets out and eating them on the spot. I thought E was pulling my leg at first when he said I could unwrap them lol.

Ended up buying some chocolates to munch on, and some more to take home. 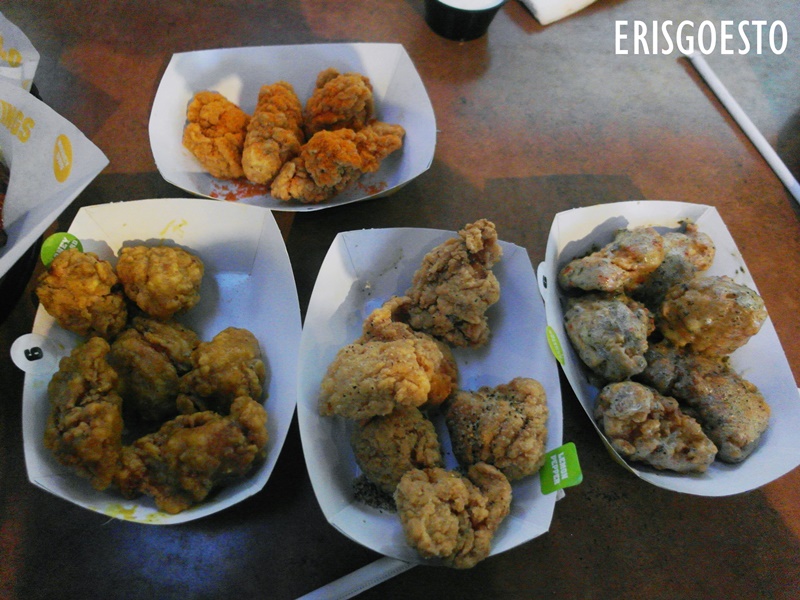 Hi guys! Here’s the next part of my excursion to Tinseltown 🙂 We left the Hollywood Guinness Museum and continued our pavement star-spotting: alternating between looking at the flashy neon-lit buildings and the ground. 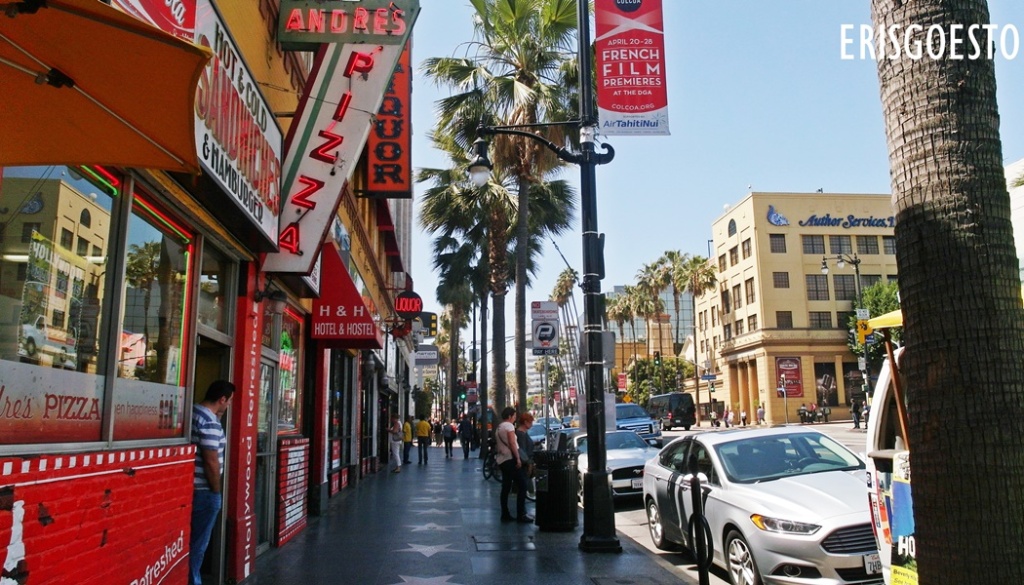 The road was lined with sightseeing vans and tour guides, brandishing brochures in our faces. We were approached by some Scientology preachers who offered us a free session to a Scientology movie… which we promptly declined. It would have been interesting to watch one, though.

We popped into Sweet Candy LLC, dubbed the ‘World’s Greatest Candy Store’. As cliche as it sounds, I was like a kid in a candy store! *ba dum tsh*

The place was huge and divided into several themed sections, including a Route 66 theme complete with mini gas station. Upon entering, we were greeted by a real life red Ferrari vending machine. There were candy dispensers from above the ceiling which will drop sweets into the vehicle. Unfortunately it was not in working order when we went.

An Eminem portrait made entirely out of different-coloured MnMs! 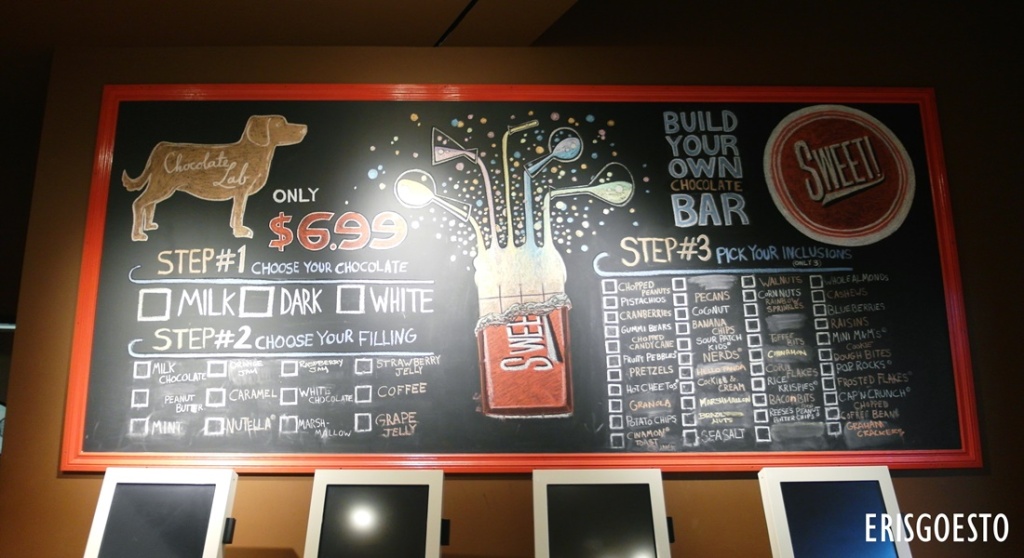 They had a ‘lab’ area where you can experiment with different sweets and chocolates to make your ultimate mix for only USD6.99.

Piano decor and the ‘Tinseltown’ area.

It wasn’t just a candy store, as they had souvenirs and other items for sale, like these unique pop art pieces. Really liked the Jesus Mickey!

Of course, being a candy store, there was a wide variety of candy and chocolates to choose from, but I felt that the store’s concept was more interesting to write about. 🙂 You can take lots of pictures and interact with the displays, so it was a fun and engaging shopping experience.

All that candy and adventure left us hungry, so we walked a short distance down from the Walk of Fame to a sports-themed bar/restaurant called Buffalo Wild Wings. It was a Thursday and they have a promotion every week where the  wings go for only 80c per piece.

It was dark in the premises and the walls were lined with baseball paraphernalia and large screens. Apparently it gets packed during baseball season and nights when there are games.

Buffalo Wild Wings was where I experienced American service, diner style, for the first time. It was impressive!

We were shown to a table promptly after arriving, and had a server assigned to our table. She introduced herself and got us drinks, before recommending the specials. Throughout our meal, she checked up on us and made sure we had everything we needed, returning to ask if we needed anything extra, or any sauces/condiments to go with our meal, along with a friendly ‘I hope you’re enjoying your meal’!

In Malaysia, it’s hard to get this level of service. Servers usually just hover around until you are ready to make an order, and there is no introduction to establish a connection with the customer. Some can be downright rude. But then again, we don’t practice tipping in Malaysia so there isn’t an obligation to work for that extra money.

The food was good, albeit a little salty. We ordered a pork slider meal, which came with fries and coleslaw. The pork was tender and cooked in a savoury barbecue sauce, while the buns were toasty and fluffy.

The star of the meal was the buffalo wild wings – an American specialty. You get to select different rubs for your boneless wings. We tried Parmesan Garlic, Honey BBQ, Spicy Garlic and  Lemon Pepper. They were all VERY well flavoured and some were a tad too salty but I couldn’t stop eating, lol. I liked the Parmesan Garlic and Honey BBQ best. If you’re a tourist in America for the first time, I’d recommend trying it at least once for an all American experience (I mean, sports + wings, right? Can’t get more authentically American than that!)