As one of the largest and most popular shopping malls in the heart of Kuala Lumpur, one can always expect interesting Christmas decorations at Pavilion Kuala Lumpur come the year-end holiday season. Past celebrations have seen themes such as Christmas Ever After and a Magical Christmas with Disney (featuring hundreds of Mickey figurines). This year, the mall rides on a much-anticipated film releasing in December – Star Wars: The Rise of Skywalker – transforming the Centre Court into a Star Wars-themed exhibition. 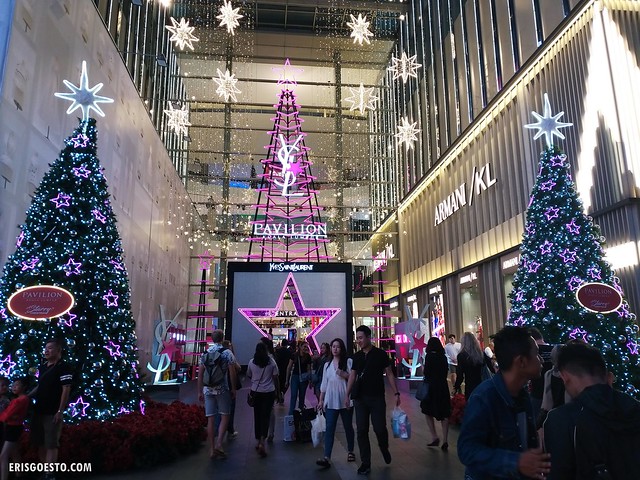 The ‘Starry Christmas’ theme begins at the entrance with a giant pink Yves Saint Laurent tree and a star-shaped gateway. Once you step in, visitors are greeted with booths selling YSL Beaute’s Holiday Look 2019 High on Stars Collection, where you can shop for exclusive gifts for yourself and loved ones. 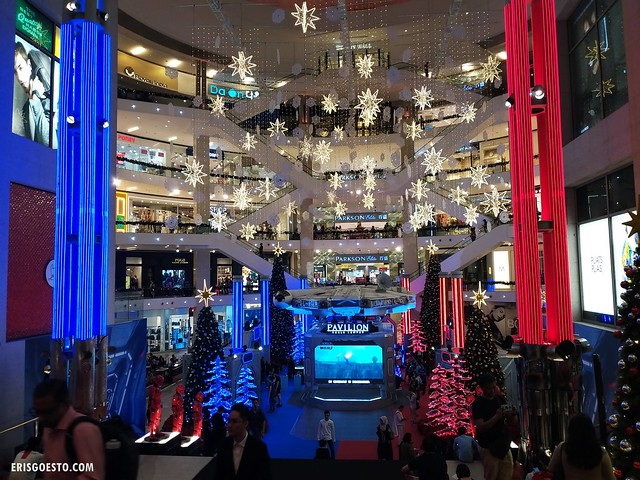 The Centre Court is bathed in neon blues and reds to give it that intergalactic vibe. On the sides are giant light sabres rising up to the ceiling, while Sithtroopers guard the Spanish steps. 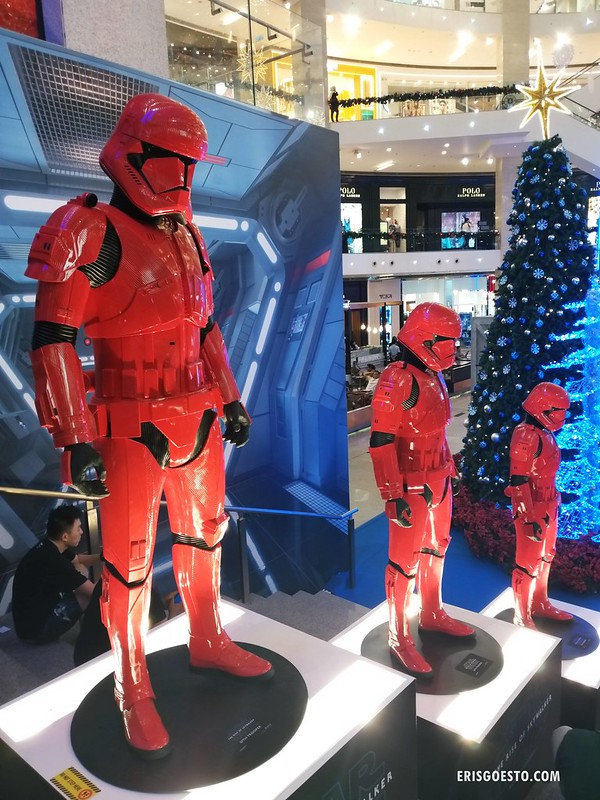 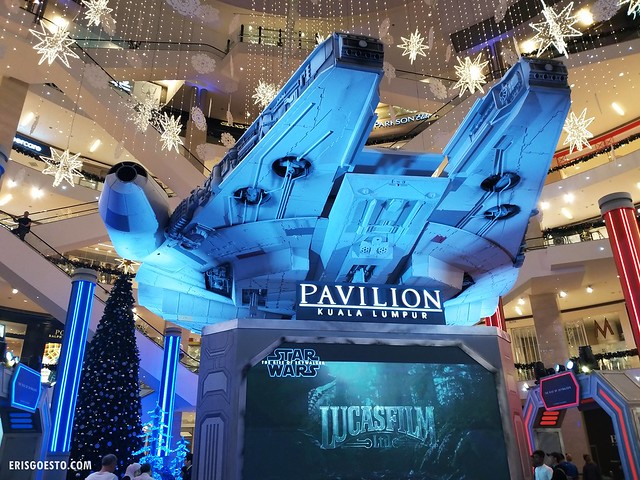 The centrepiece is the iconic Millennium Falcon, propped atop a giant screen playing clips from the upcoming film. 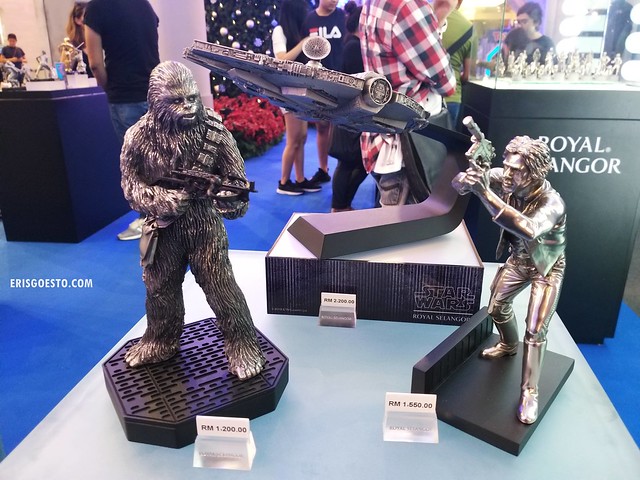 Royal Selangor, the homegrown pewter brand, has partnered with The Walt Disney Company Southeast Asia to come up with a Star Wars collection, featuring some of the franchise’s most beloved characters in pewter. You can drop by to view the exhibition, and if anything catches you fancy, buy some to take home. 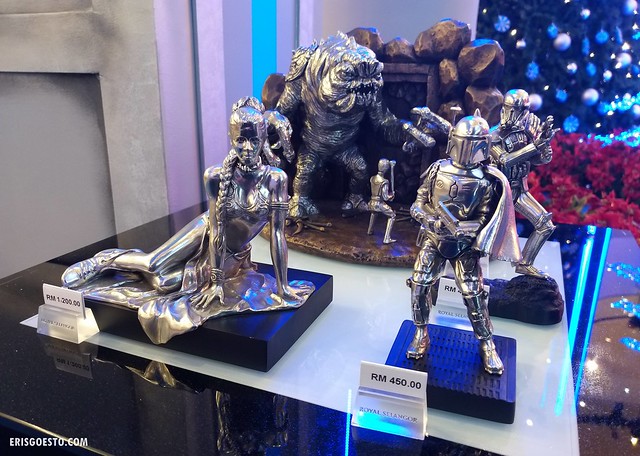 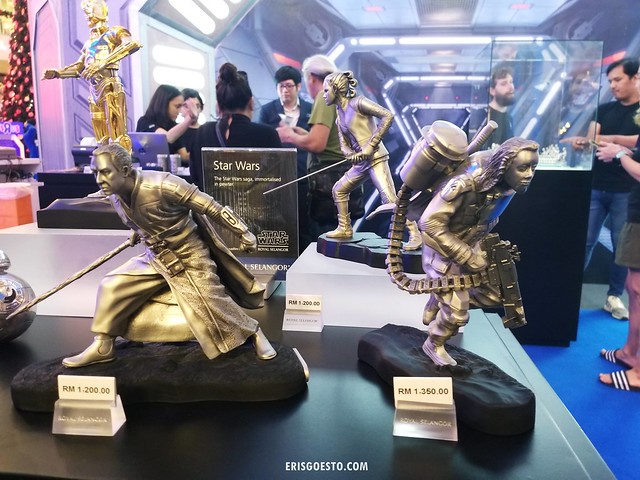 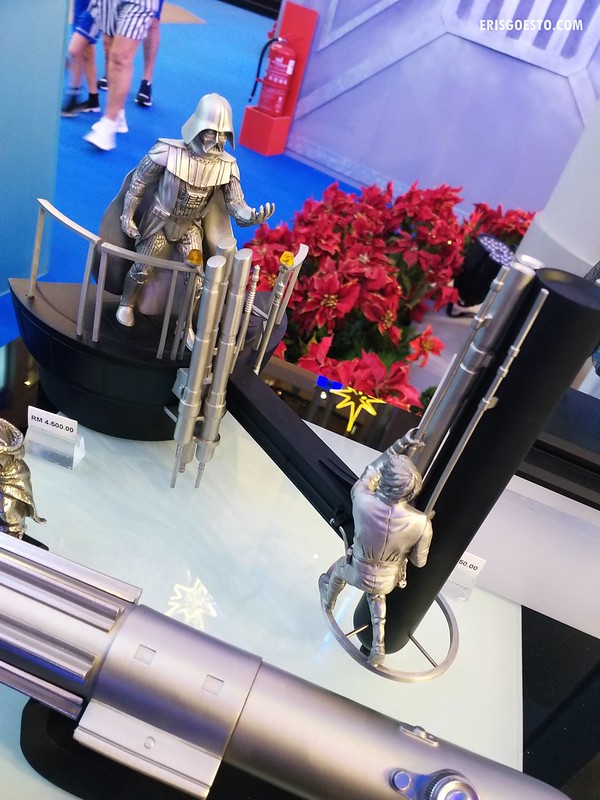 And who wouldn’t know this scene? 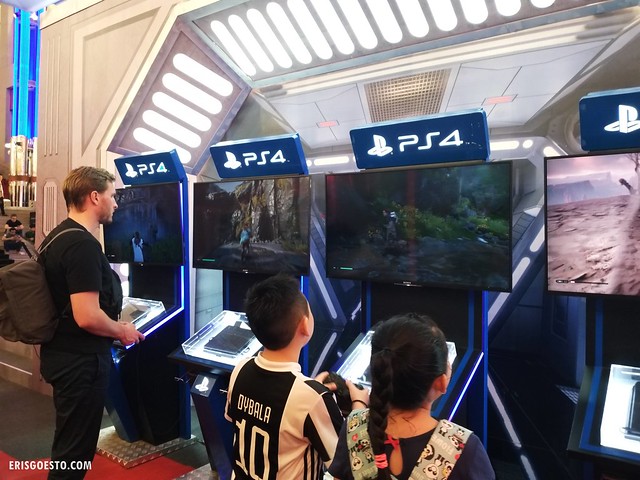 Try your hand at the new Star Wars Jedi Fallen Order game at the PS4 booths. 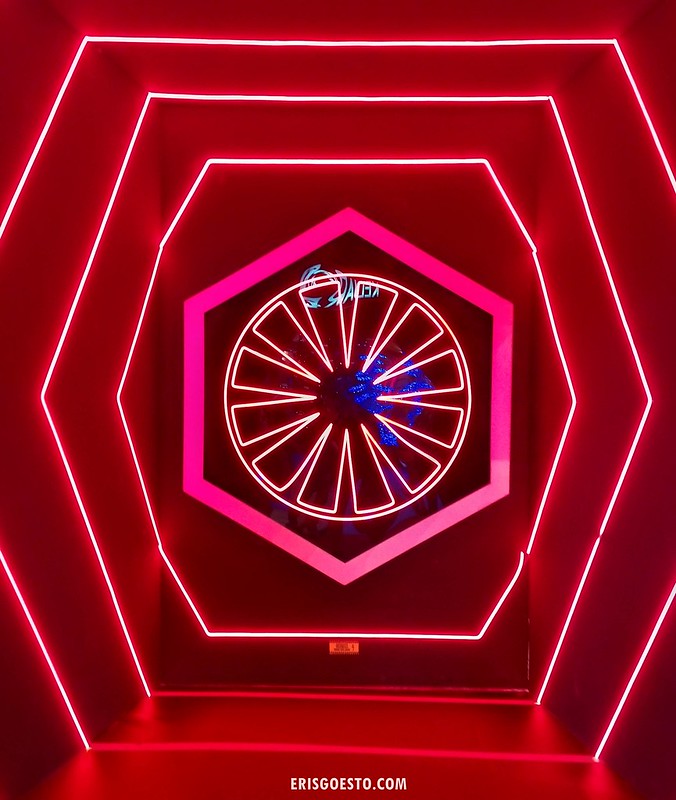 Or snap a pic in the Cockpit Access and Hyperdrive Tunnel.

As part of the experience, there will be shows and other programmes throughout the month of December, from appearances by C-3PO, R2-D2 & First Order Stormtroopers, Star Wars light shows, as well as the more conventional Santa meet and Greets, carolling, etc.