One of the things I like most about travelling is exploring neighbourhoods solo.Experience has taught me that when travelling in a crowd, everyone has diverse interests, so walking around on my own gives me the freedom to focus on things that I like, without feeling rushed. That being said, it’s also important to be alert, since you are in a foreign land – but I felt super safe walking around Melbourne during the day, as there were lots of other tourists. 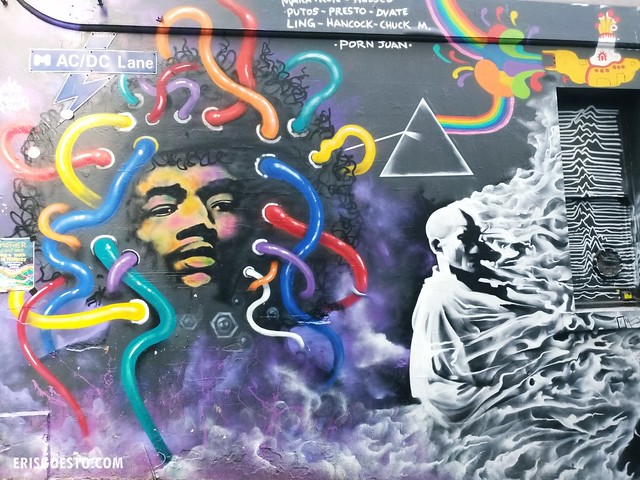 I touched a bit about Melbourne’s laneways in a previous post, but let me take you down the city’s most popular one – AC/DC Lane.

Laneways have a long history, dating back to Melbourne’s early days during the Gold Rush. Narrow and often flanked by old brick buildings with walls sprayed over with colourful graffiti, the laneways were built as quick thoroughfares for horses and cargo. They quickly gained a reputation as slums, before gentrification saw it being filled with cool eateries, bars, cafes, indie shops and more. AC/DC Lane, formerly Corporation Lane, is one of these. 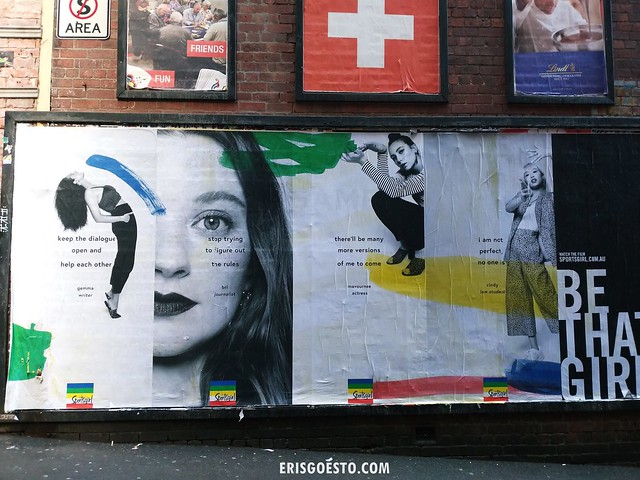 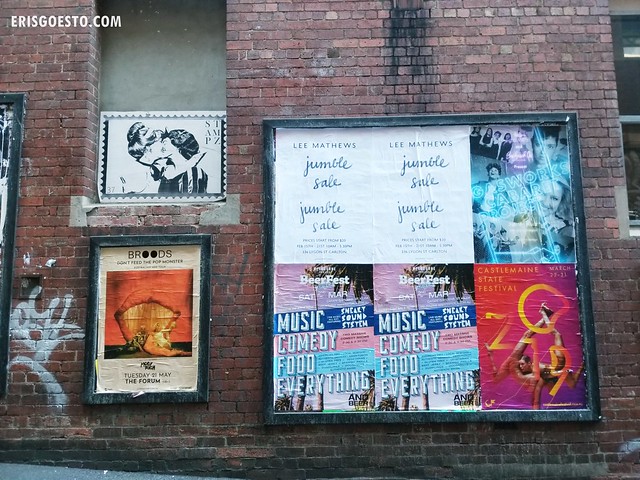 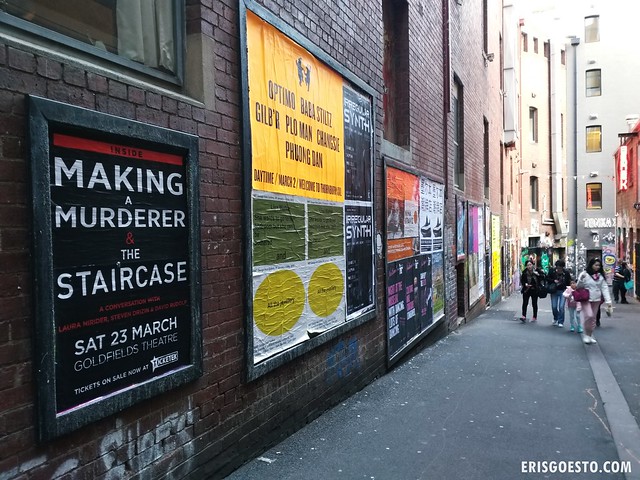 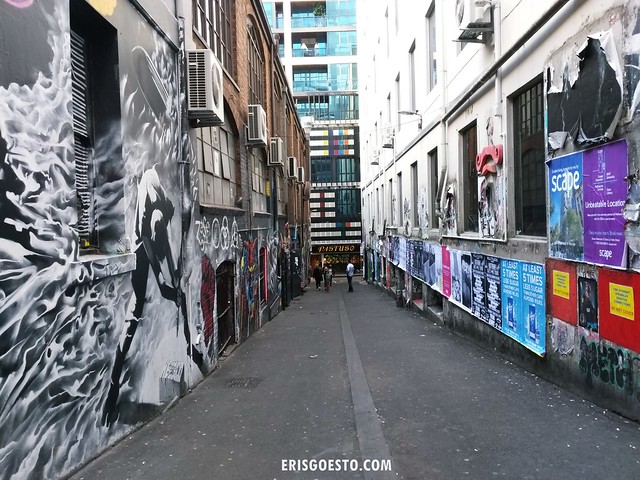 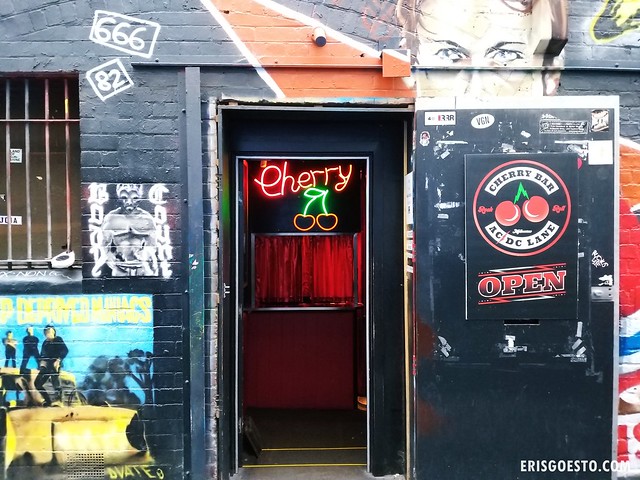 The star of the lane is Cherry Bar. Opened in 1999, it was a popular venue for rock bands and their crew, including Airbourne and Jet, both of whom wrote songs referencing the Cherry. You can say the Cherry Bar is to Melbourne what The Cavern Club is to Liverpool. 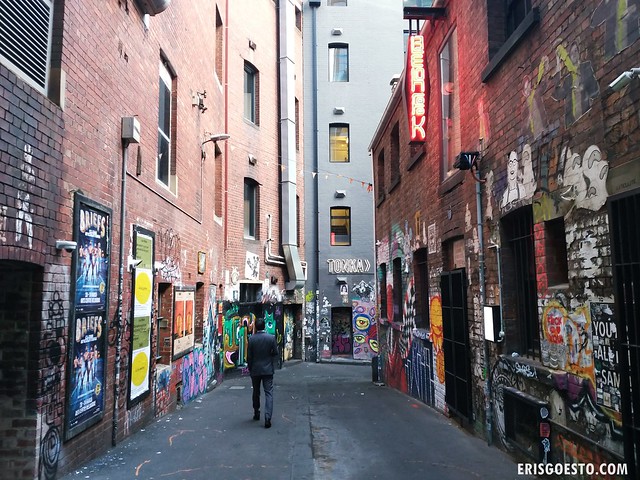 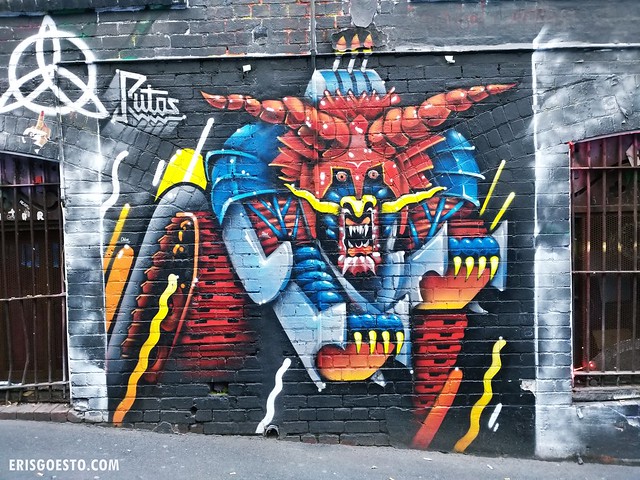 Take your time checking out the fantastic street art on the lane. 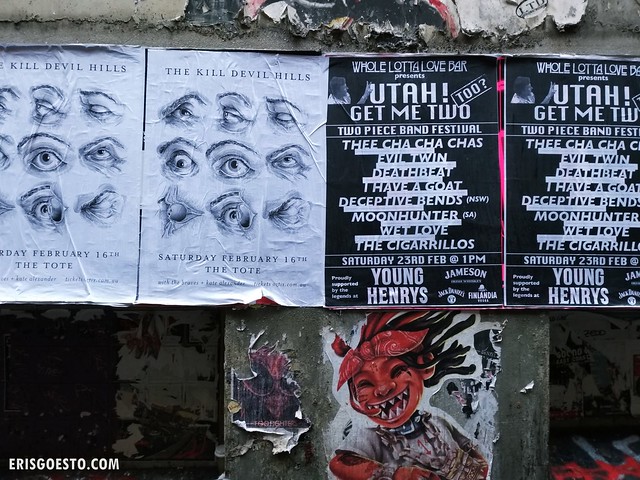 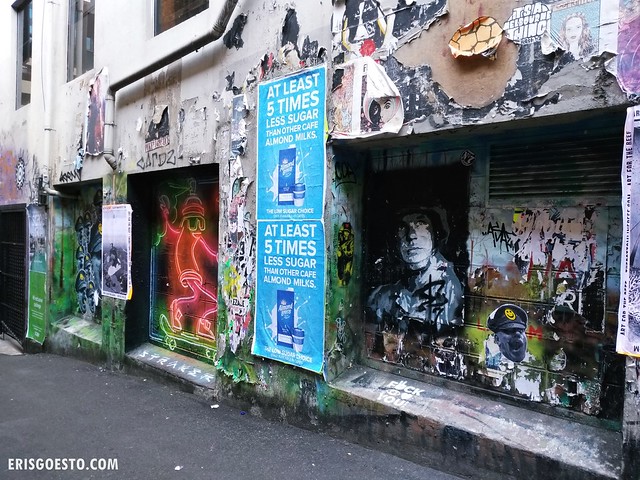 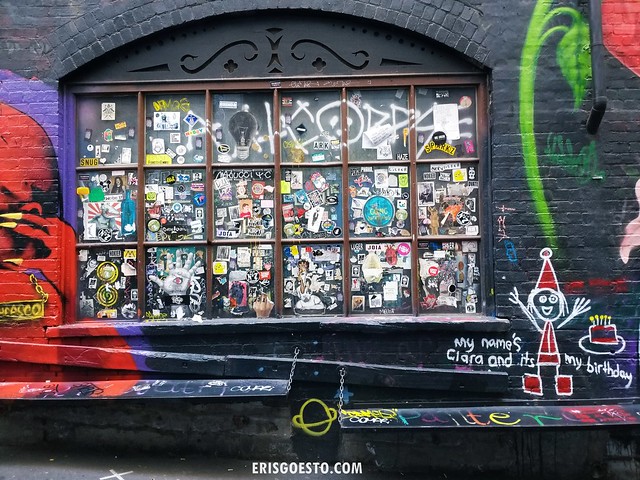 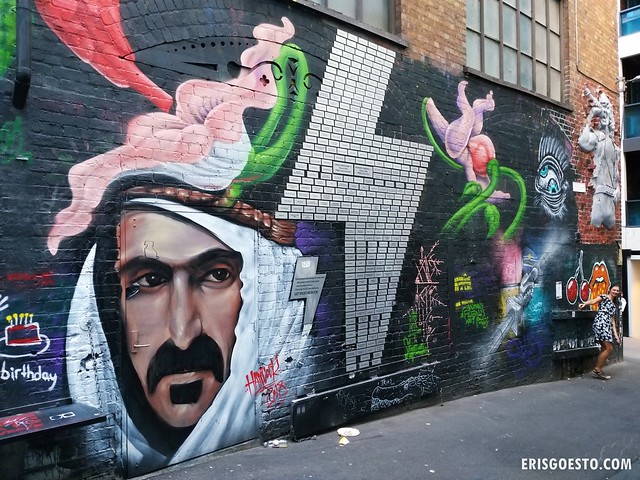 Bonus: View from the hotel room on Collins. Now this is a view I’d gladly get up early for!