Whether for business or leisure, it doesn’t get any more convenient than a stay at Trader’s Hotel. The luxury five-star hotel boasts stunning views of the iconic Petronas Twin Towers, and is located literally steps away from the Kuala Lumpur Convention Centre and KLCC Park.

Checked in for a short staycation in one of the hotel’s Executive Twin Towers Rooms. The room was spacious and cosy, with a warm colour scheme of beige and muted gold, and amenities geared towards business travellers such as a large work desk and multiple plug points and sockets. There was also a sofa, large flatscreen TV, mini bar, closet and safe, and a large marble bathroom complete with bathtub. 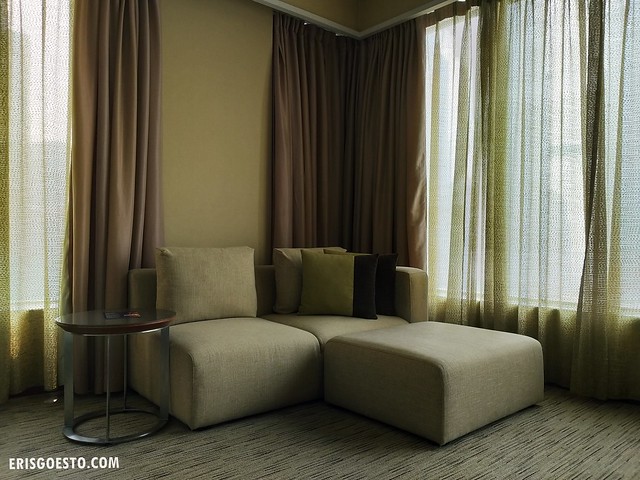 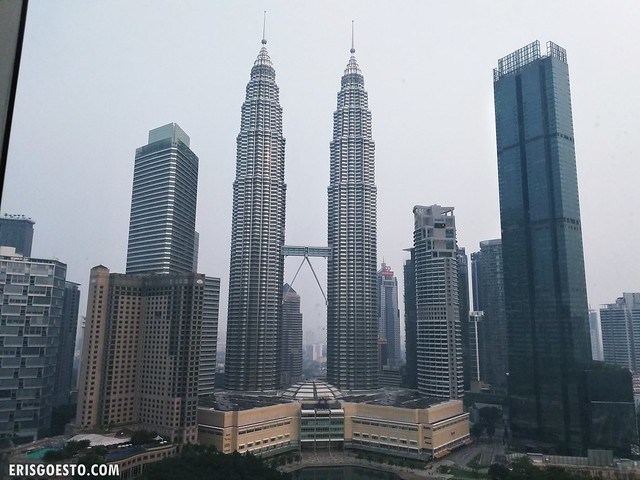 We went when the haze was still plaguing Malaysia, so the skies were a bit grey. Still a gorgeous view though – imagine if the background was blue sky! 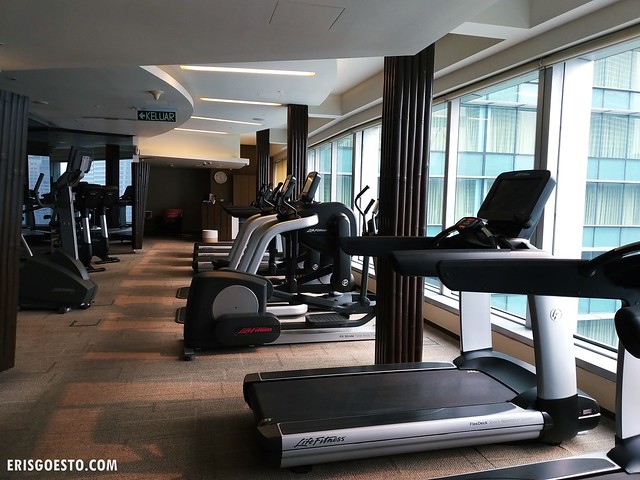 The initial plan was to head up to Sky Bar on Level 43, where they have the bar right next to the pool, but they were closed for a private function. We ended up working out at the gym, which was well equipped with various state-of-the-art machines. 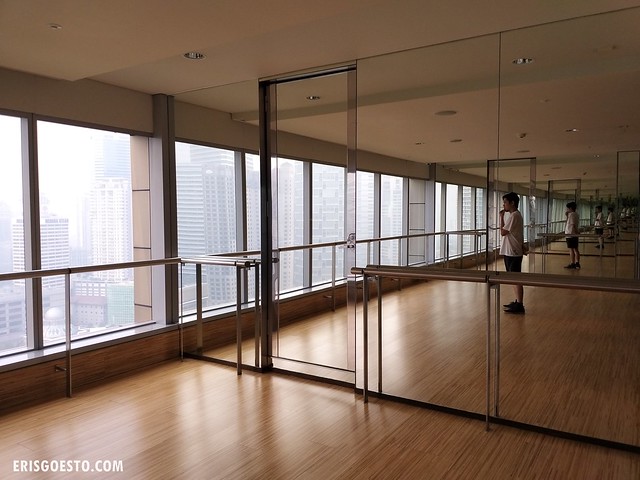 A yoga studio. They also have yoga mats and medicine balls. 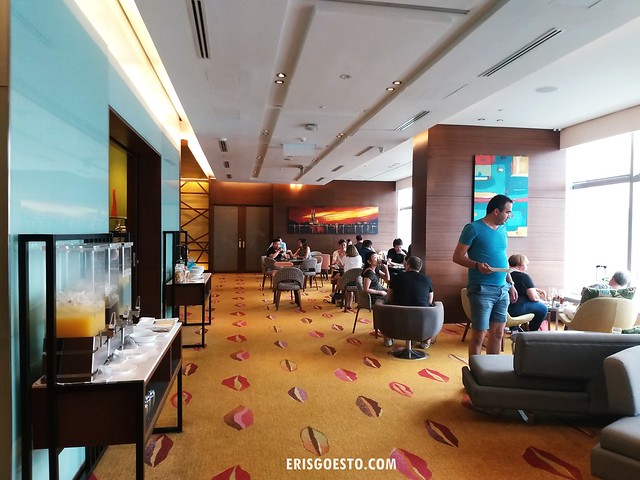 Then it was up to the Executive Lounge for Cocktail Hour! The right side of the lounge, which offered a view of the Twin Towers, was fully occupied, so we settled into a couch in the corner. 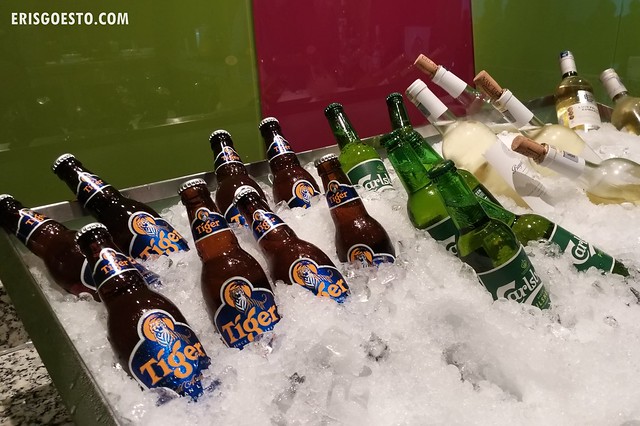 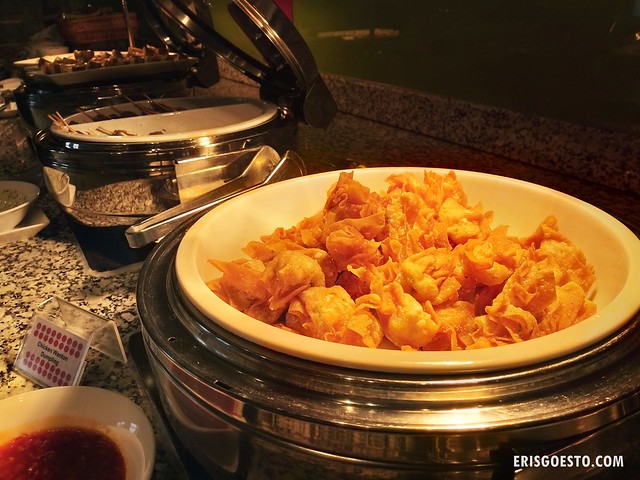 There was a buffet of finger food and light canapes, with items such as fried wantons, cheese / crackers, salad, bread rolls, lamb satay with mint sauce, baked potatoes and chicken shawarma, as well as pastries and cakes. The food was tasty, and we were so full by the end of it we ended up saving our dinner! 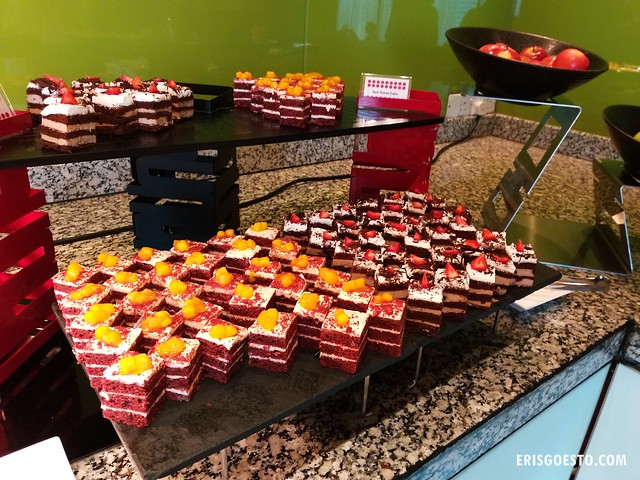 The Black Forest cake was awesome – surprisingly light, the cake had a light, airy texture and was not too sweet. 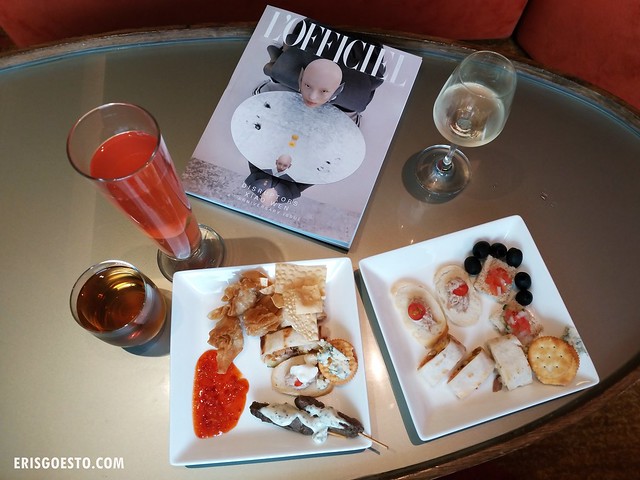 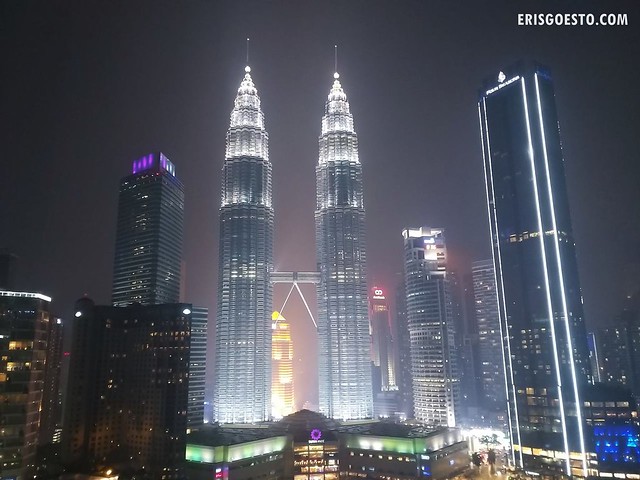 Walked around Suria KLCC to burn off some calories, but the haze was so bad we decided to just go back to the hotel and stay in. (Above) View from our room at night. 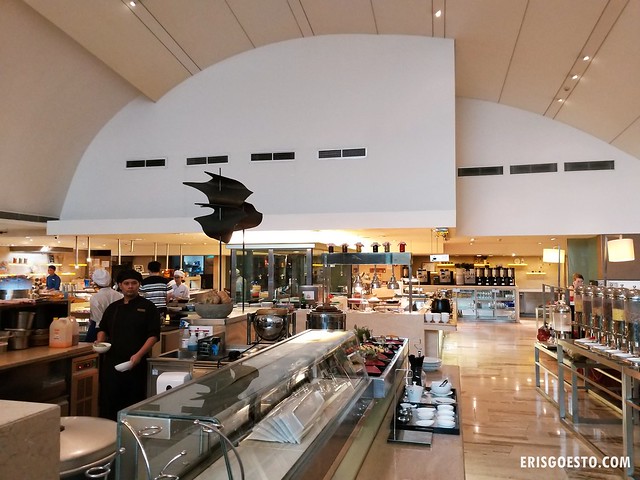 Breakfast was at the all-day dining restaurant downstairs. The design somehow reminded me of an airport lounge. The space can easily fit a few hundred people. There were different stations offering a variety of cuisine, from Japanese (sushi and miso soup) to Western fare (turkey bacon, beef sausages, ham, hash brown) and Asian food (dimsum, porridge, noodles, etc.) 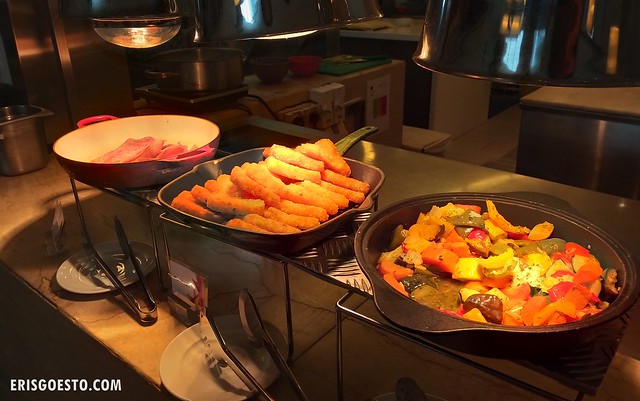 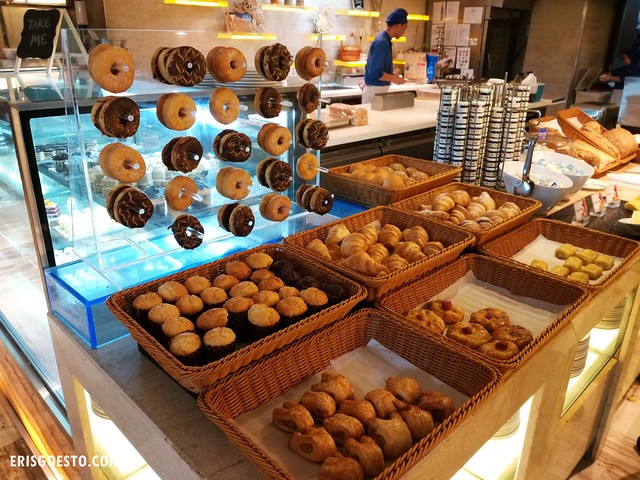 Got a sweet tooth? You’ll be delighted with these freshly baked pastries, muffins and sweetmeats! 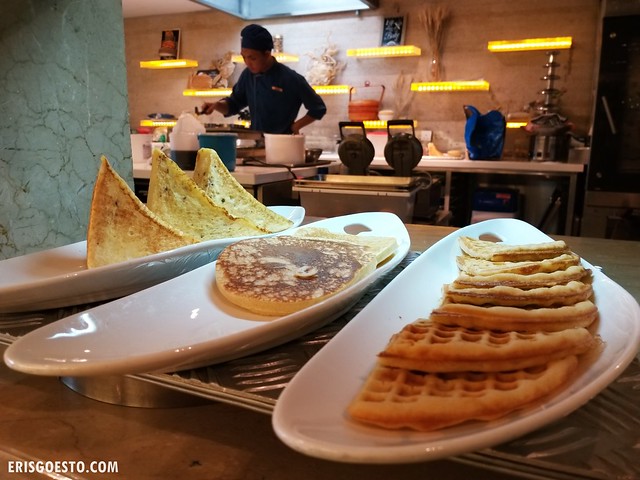 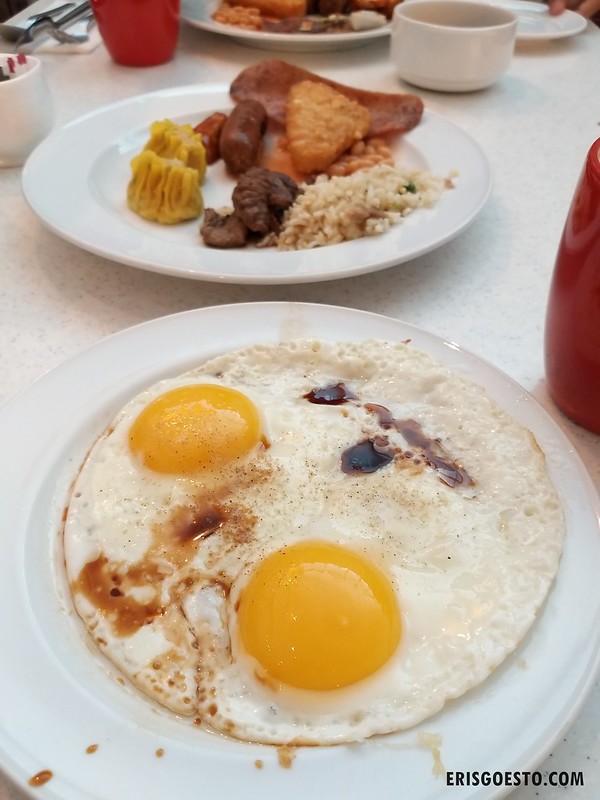 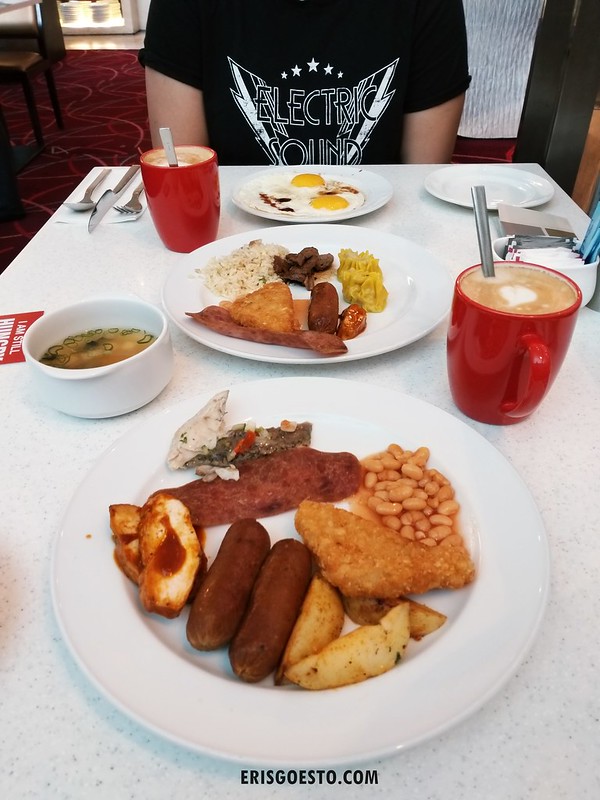 Food was tasty, but not outstanding.

All in all, a great staycation! If you like convenience, Traders will make a good base for exploring the city. Rooms start from RM480++ per night.