Takayama is a gorgeous place. It’s modern enough that you get all the trappings of a city, but rural enough to give it a rustic charm. Takayama’s rich timber sources and skilled carpenters (said to have worked on many castles in Kyoto and Edo) made it an important outpost for the ruling elite (hence, the establishment of the local government office, Takayama Jinya). Visitors will see many original buildings preserved in the old parts of town. 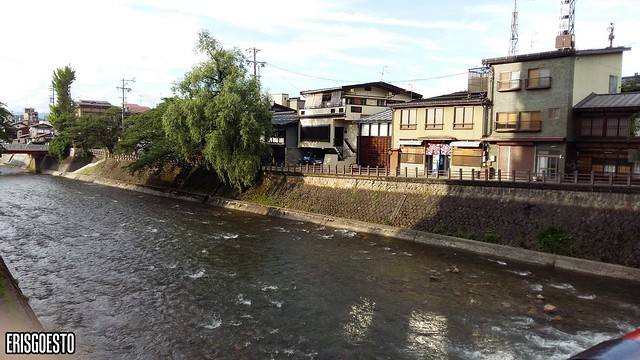 The Miyagawa River cuts a swathe through many parts of town, twisting and turning through the landscape like a giant, watery snake. The water is crystal clear, making it possible to see to the bottom of the river bed! In certain spots there are also koi fish. 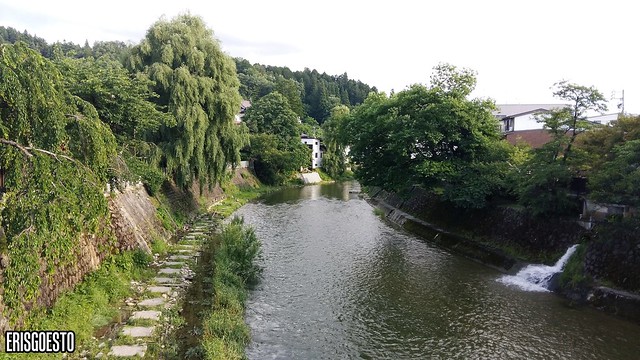 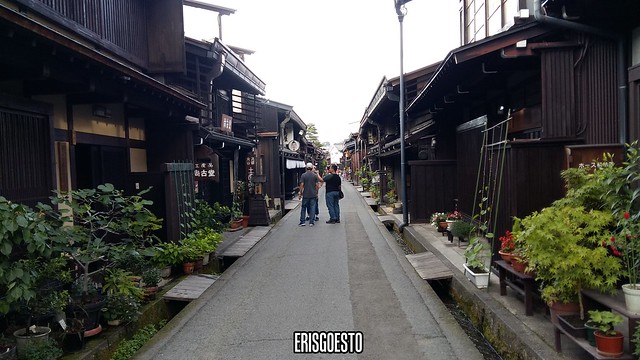 The old merchant’s district is a must visit while in town. Consisting of three pedestrian-only streets, the area is lined with dozens of double-storey wooden shophouses, some of which have been converted into museums, teahouses, cafes and souvenir shops. The area gained a reputation as the ‘little Kyoto of Hida’. A unique feature of the buildings are its latticed bay windows. There are also a number of sake breweries here, distinguished by the sugidama (cedar ball) hanging out front. 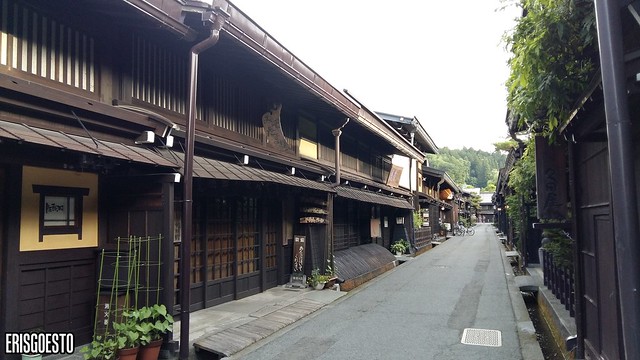 The lack of vehicles and ‘modern’ fixtures transports you back to the Edo era! 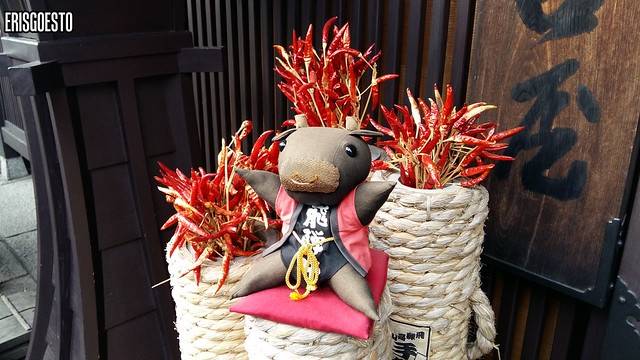 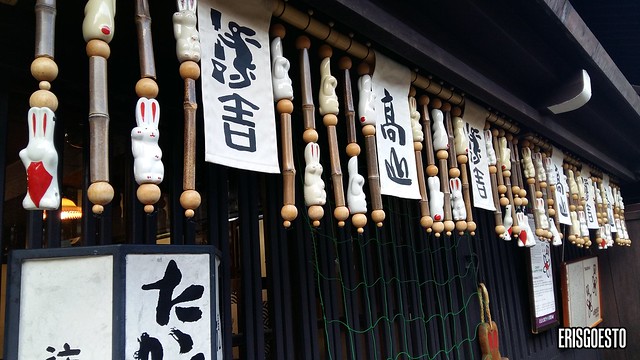 Rabbits are a popular symbol of Takayama. The people believed that like the rabbit, which has long ears, a good government should listen to the voice of its people. Rabbits also represented fertility and were a guardian against fires. You’ll find many souvenir shops selling cute ornaments and rabbit-related paraphernalia along the street. 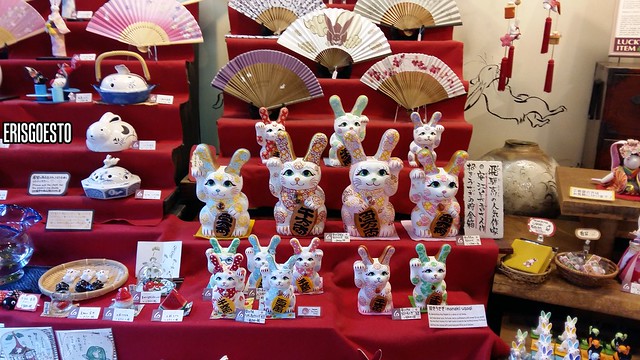 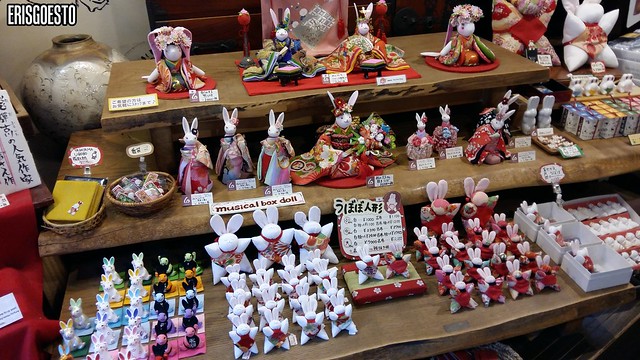 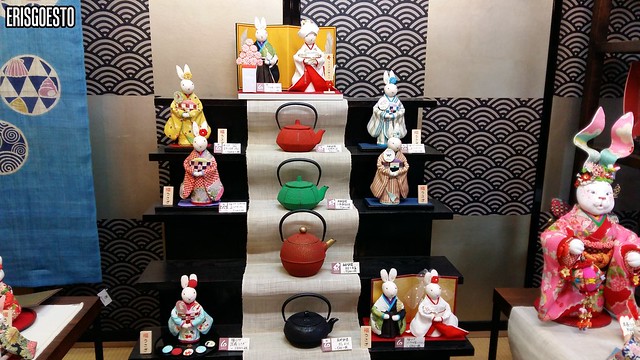 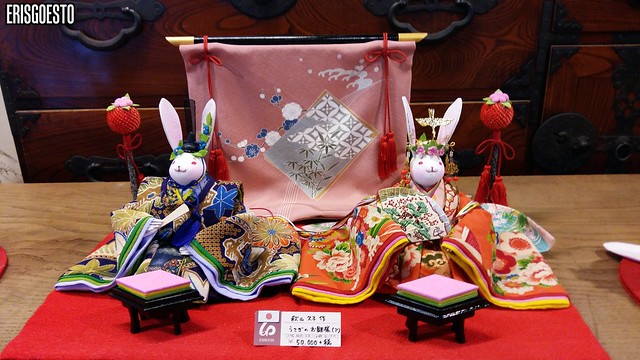 I love the hina-style rabbit dolls that they had dressed in traditional Japanese costumes. So cute and elaborate! This will set you back a mere 50,000 yen (RM1810 – or USD440!). 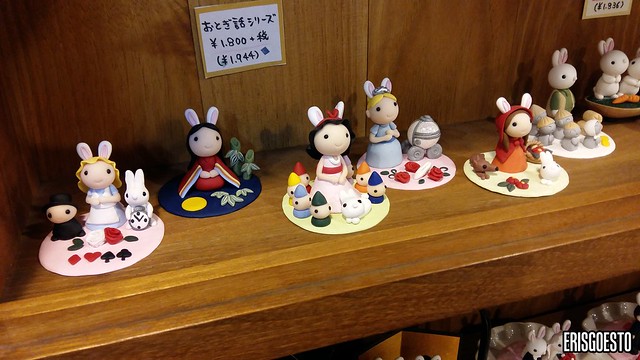 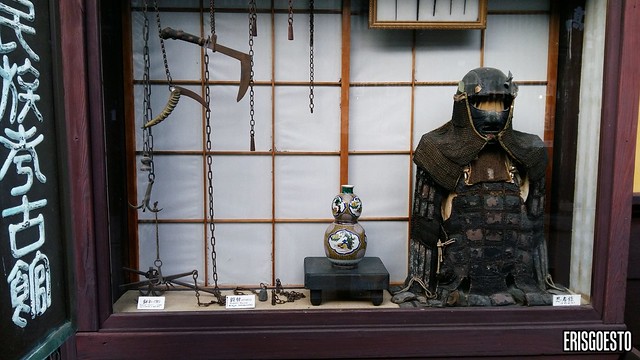 A museum with old samurai gear on display. 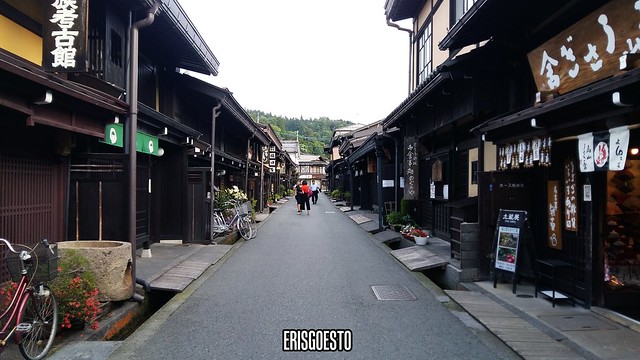 As the sky darkened, we slipped into a restaurant for dinner. To cater to a growing Muslim clientele, the resto has halal meat dishes! I really wanted to try the beef, which Hida is famous for, but since our guide had ordered all chicken meals for convenience, I only got to try it the next day at the morning market. 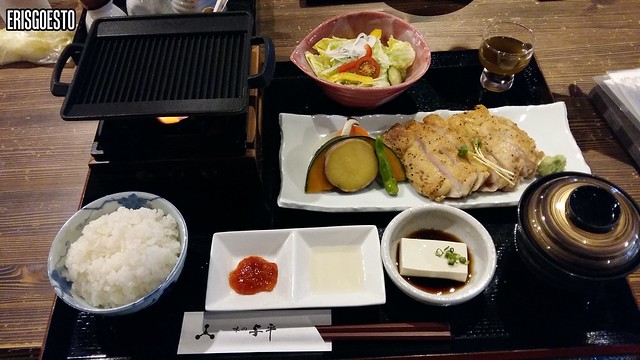 Beautiful set with rice, tofu, miso soup, salad and chicken, which we grilled over a small fire. 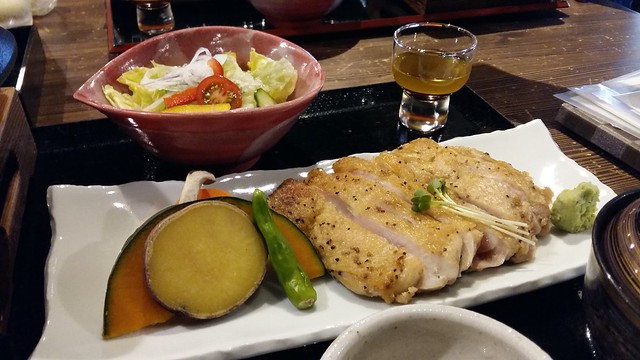 Everything was fresh and tasty! I liked the whole DIY vibe where I could grill the meat according to my liking, although the pan did take a long time to heat up. 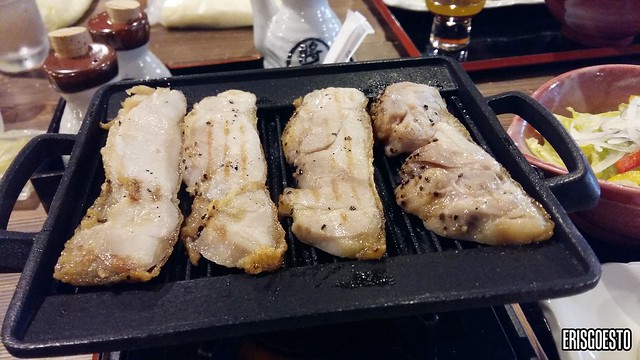 Juicy and ready for eating. 🙂

If you’re coming from major cities in Honshu such as Nagoya, Kyoto or Tokyo, the city is best accessed by Shinkansen (bullet train). Takayama is about 300km away from Tokyo. Useful guide here.