Top off the head, places that come to mind – the Maldives, Bali, Paris…truth is, few would think of Sri Lanka – but there’s plenty of reasons why you should book your next flight to this relatively undiscovered gem of an island, southeast of the Indian coast. With a rich history and culture spanning 3,000 years, coupled with beautiful natural sights such as tropical beaches and majestic formations, Sri Lanka makes the perfect honeymoon spot for an unforgettable time with the significant other.

Here are just some of the things you can expect to see while visiting the island:

Towering nearly 200 metres high in the northern Matale District is the ancient rock fortress of Sigiriya Rock, or Lion Rock. Designated as a UNESCO World Heritage Site and dubbed by locals as the ‘eighth wonder of the world’, the massive rock column, formed from magma from an extinct volcano, is a prime example of nature’s wonder blended with man’s ingenuity.

The fortress was built in the 5th century during the reign of King Kasyapa, who made it his royal residence. Inside, visitors will find the ruins of an ancient palace, alongside gardens, pools, alleyways and fountains. After the king’s death, it served as a Buddhist monastery until the 14th century. The entrance was made to look like a grand stone lion – hence the name Lion Rock – but visitors today will only find its carved feet as the rest of the structure has been destroyed. Other points of interest include a wall covered in frescoes, and the ‘Mirror Wall’, said to have been polished so thoroughly that the king would be able to see his reflection in it. Climbing to the top, visitors will be rewarded with stunning views of the surrounding jungles and valleys. 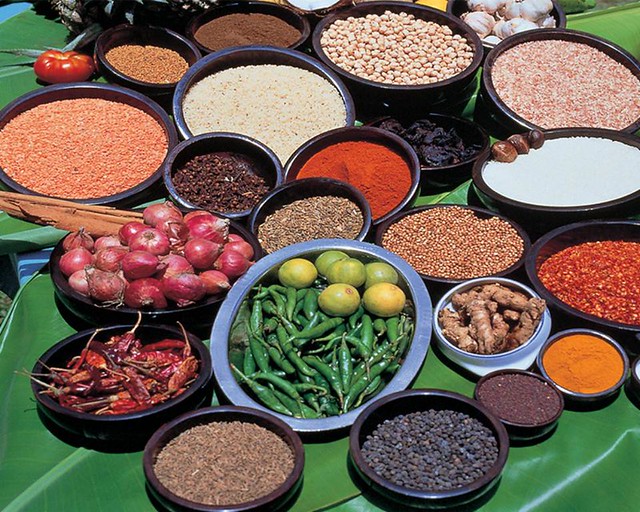 Sri Lankan cuisine is known for being robust and full of flavours – thanks to its use of exotic herbs and spices, which are found abundantly all over the island. For many of us city folk, spices are sold in ready form in supermarkets, so getting to see how they are grown and processed on the ground will be an interesting experience. Stroll through gardens filled with greenery and the fragrant scents of cinnamon, clove, nutmeg and more, before indulging in a herbal brew and a hearty local lunch. Couples can unwind to relaxing Ayurvedic massages using natural products from the gardens, designed to heal with its unique properties. Visitors may also purchase traditional remedies and cosmetics, used by the locals for centuries.

No trip to Sri Lanka would be complete without a visit to its bustling capital, Colombo. Very much like Melaka in Malaysia, the place is a natural harbour and was once colonised by the Portuguese, Dutch and English – so visitors will see an eclectic mix of modern and colonial buildings. Within the city are various attractions, including the Beira Lake at the heart of the city and the Gangaramaya Temple, which boasts Sri Lankan, Thai, Indian and Chinese architecture. Shopping precincts abound for those looking for souvenirs and gifts, many of which are located within revamped historical buildings such as the Old Dutch Hospital and the Independence Memorial Hall Square.

Surrounded by the azure blue waters of the Indian Ocean, Sri Lanka is fast earning a reputation as a surfer’s paradise – especially the area around Galle, where it boasts postcard-worthy tropical beaches: golden sand, clean blue water and foamy white waves. One of the best spots to take a dip or even just to suntan with a nice cocktail is at Unawatuna Beach or at the bohemian Hikkaduwa beach to catch a gorgeous, romantic sunset. 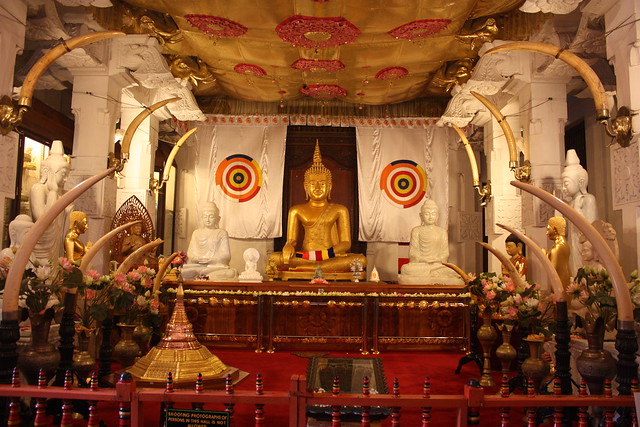 One of Sri Lanka’s most popular attractions and a significant place for Buddhism (Sri Lanka’s main religion) is the Sri Dalada Maligawa Temple, or the Temple of the Sacred Tooth Relic in Kandy. A World Heritage site, the temple houses the relic of the Buddha’s tooth and was completed in the 16th century. The building boasts beautiful architecture, with golden canopies and wall paintings done by the most skilled artisans of ancient times. Every year, a grand festival and parade is held on the streets – the only time the tooth will be out of its place in the temple.

Sri Lanka is still recovering from the effects of a 30-year-civil war that ended in 2009, so improvements to infrastructure are still in its early stages. As such, tourists will find it difficult to get around by public transport.

The best way to experience a holiday on the island would be to go with a reputable company that offers Sri Lanka tour packages, as not only will there be a guide to ferry you around, they’ll also be able to feed you with tidbits on the island’s history. Better still, go with a tailor-made Honeymoon Package, designed to make your trip with the significant other a special and memorable one. After all, the whole point of a honeymoon is to kick back, relax, and enjoy a wonderful time with the other half.

At the end of the day, services can be bought, but memories created last forever.