Hey guys! Sorry I haven’t been updating much – been trying to finish up work before I go off for the long weekend. 🙂

Speaking of weekends, what do you usually do? Most days I just want to lie in and sleep/read a book at a cafe, but the parents are always raring to go on day trips so occasionally,  I join them for sightseeing (and for blog material lol).

Last Sunday was one of those days. Our destination: Jenjarom, a small town located in the Kuala Langat district, on the fringes of Selangor. From where I live, it takes just 40 minutes by highway.

Jenjarom started as a Chinese New Village (the British wanted to prevent the Malayan-Chinese populace from helping the communists, so they lumped everyone into these settlements and imposed curfews to monitor their movements)  in the 1950s,  so it’s not surprising that the town has a large Chinese-Buddhist population. In recent years, the place has become known for its tourism, mostly to the Fo Guang Shan Dong Zhen Buddhist Temple. Built in 1994 and spread over 16 acres of land, the Taiwan-style temple has several prayer halls and nicely landscaped gardens. It is especially popular during festival days, such as Wesak and Chinese New Year.

Ahem. So here’s a video that I put together for your viewing pleasure ! It was a good chance for me to test out my new phone (a Samsung Galaxy J7 Pro, also recorded the voiceover on it).

I’m aware that it isn’t professional, but I tried my best (my best being four hours T-T) . Would be great if anyone has tips on what I could improve on + software to use for easy editing (currently using Adobe Premiere Pro CC). 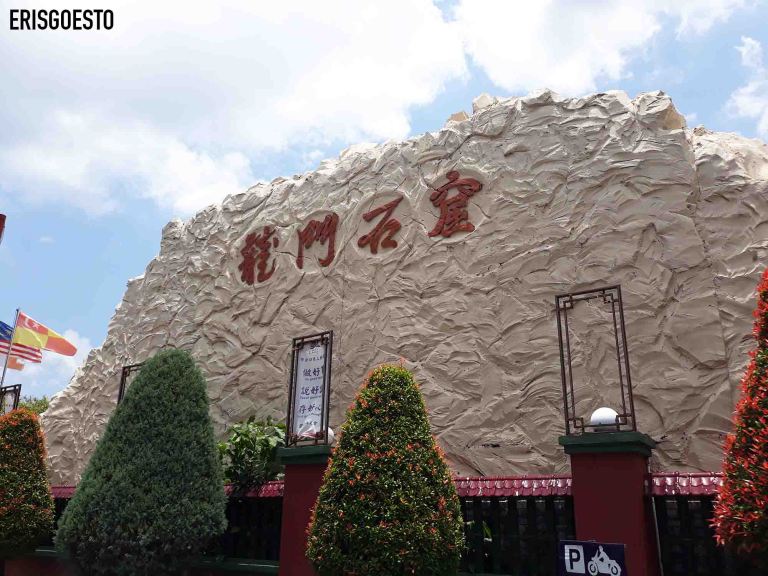 Entrance to the temple. There is a helpful map on the right, displaying the different sections within the temple grounds. 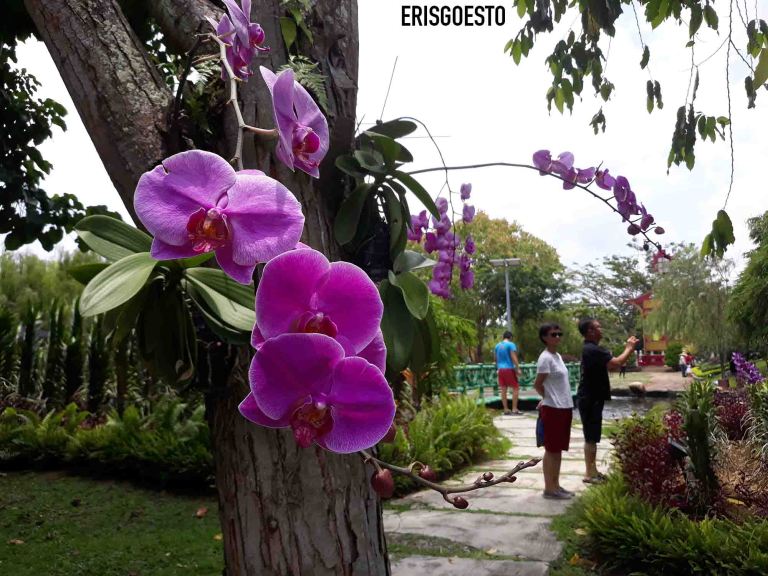 On the right from the entrance is Lumbini Garden, a tranquil green space with more statues and decorations, flowers, small streams and ponds full of fish. 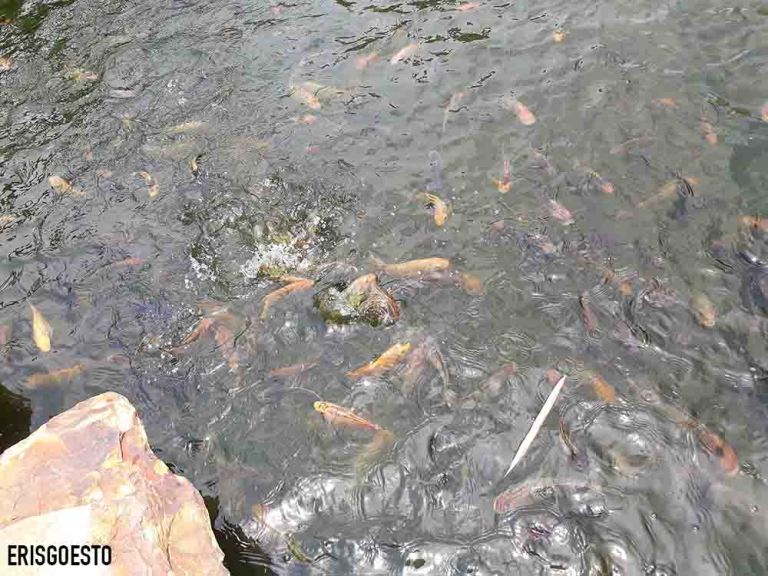 The centrepiece of the area are two Buddha statues – one of Buddha sitting cross legged on a lotus under a shady Bodhi tree, the other with his warms spread open in a welcoming gesture.

It was under a Bodhi tree that the Buddha achieved enlightenment. The tree has beautiful heart-shaped leaves. 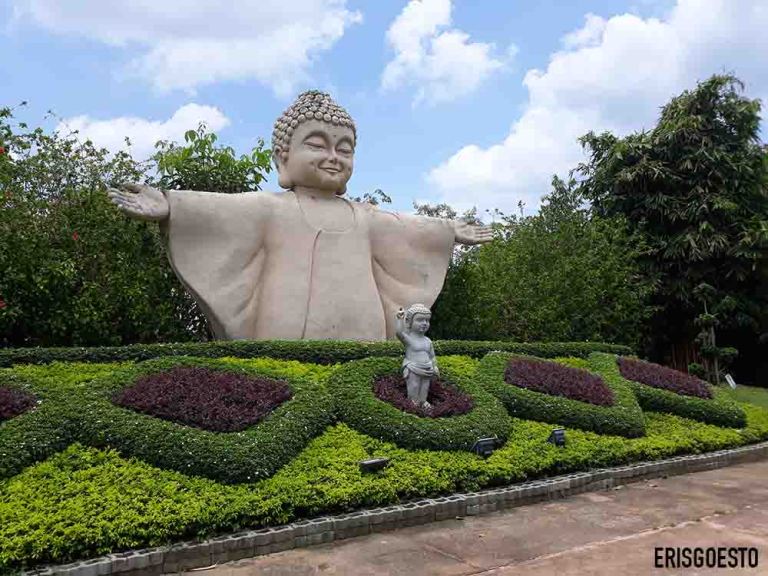 Gazebos sat next to small ponds stocked full of fish, while weeping willows bowed their branches over the water and swayed gently in the wind. A picturesque mix of Buddhist Zen and Chinese architecture and landscaping. 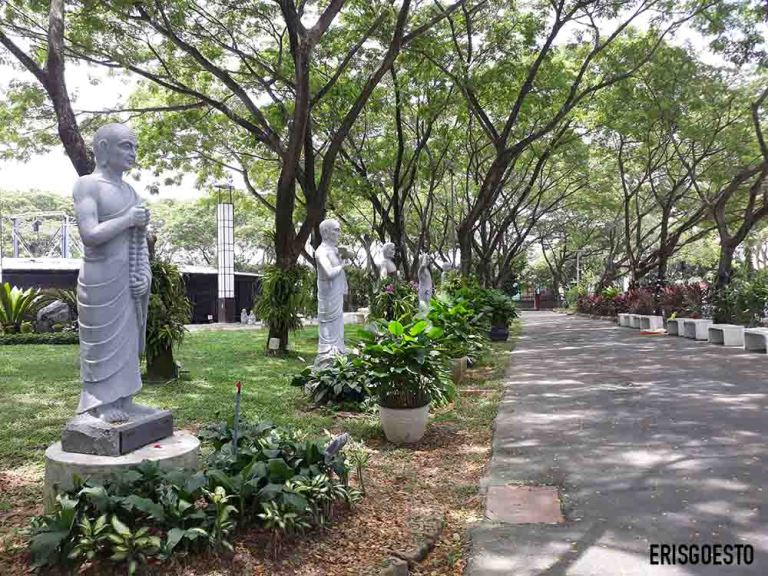 A bit of history: Fo Guang Shan is a large Buddhist monastic order and new movement based in Taiwan; one of the country’s four major Buddhist institutions. Founded in 1967 by Hsing Yun, it promotes Humanistic Buddhism and a modern approach to religion. The branch in Jenjarom, for example, has many youth-centric activities such as Sunday dharma classes and charity events in order to attract more young devotees. In Taiwan, they have over 300 branches all over the country, as well as centres around the world.

The garden not only has religious fixtures but also cultural stuff like this kampung style hut.

Next to the main prayer hall is a three storey building which houses the Buddhist Cultural Centre and art gallery. During our visit, there was an art and photography exhibition. 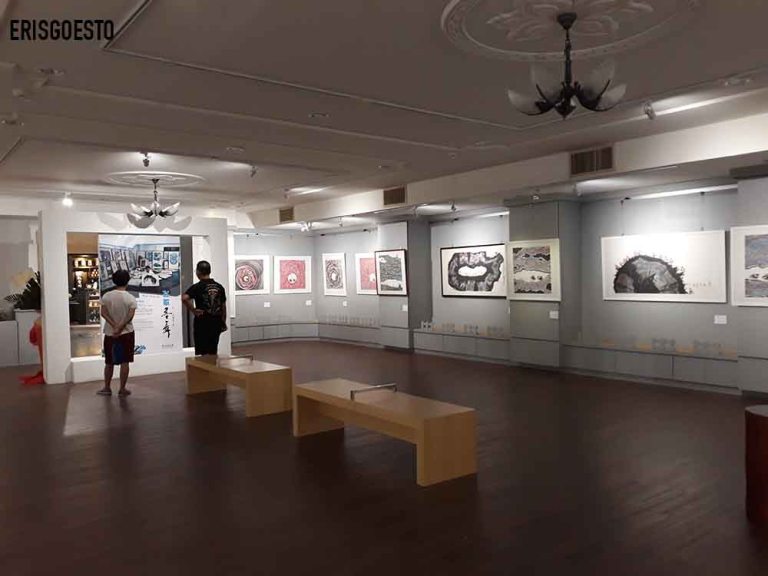 We paid respects to 9 pieces of Buddha’s relics on the top floor (no photos allowed), before moving back down to the second floor, which had a huge classroom like setting. All the windows were open and it was bright and airy, with neatly arranged wooden tables and stools facing a Buddha statuette. Visitors can stop by for sutra writing, which helps to calm the mind whilst spreading the teachings of Buddha.

The pops in action 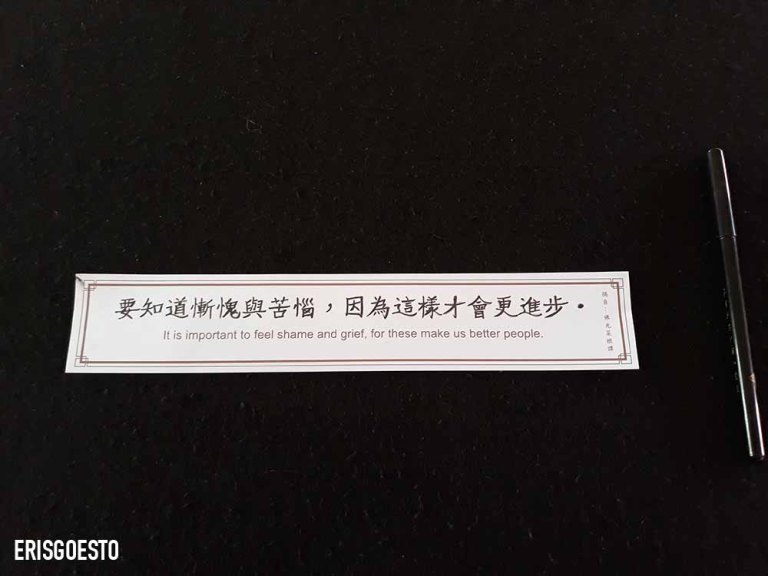 My piece of sutra, which essentially tells me to be humble. Sorry for the bad calligraphy, family of bananas.

Moo was on about it being so relevant to me because I have a problem with taking a step back/saying sorry when I think I am in the right. Heh. Gotta work on that I guess. 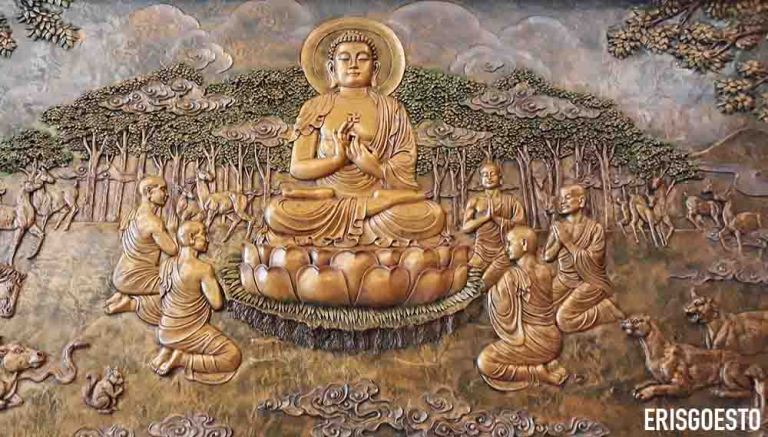 The sides of the hall were decorated with scenes of Buddha’s birth, enlightenment and death, expertly done by hammering and shaping sheets of metal. (Above) Buddha and his disciples in the forest, surrounded by various animals. 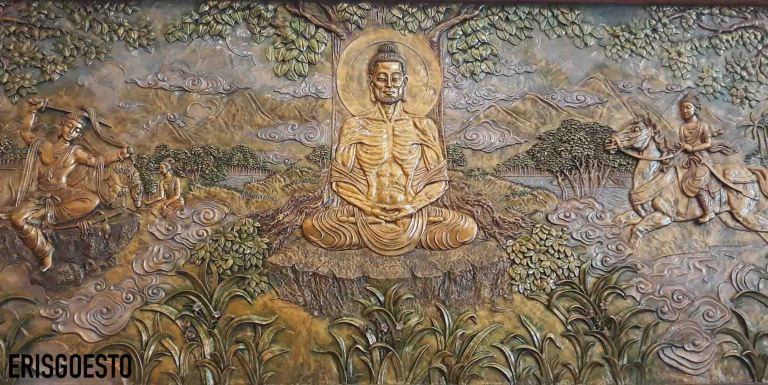 A brief stop to the souvenir shop which sells prayer beads, sutras, dharma books, deity statues and other items.

For those driving, it’s pretty easy to get there as the location is on Waze. Just head straight from the arch at the town entrance and you will see the temple on your right.