Going through brain surgery sounds scary enough. But what if you could choose to stay awake during the procedure?

We speak to Sunway Medical Center consultant neurosurgeon Dr Syed Abuddlah Al-Haddad on the benefits of awake brain surgery, and why some patients choose to go for it.

We’re seated in a small room at Sunway Medical Center, where a video of awake brain surgery is being shown. 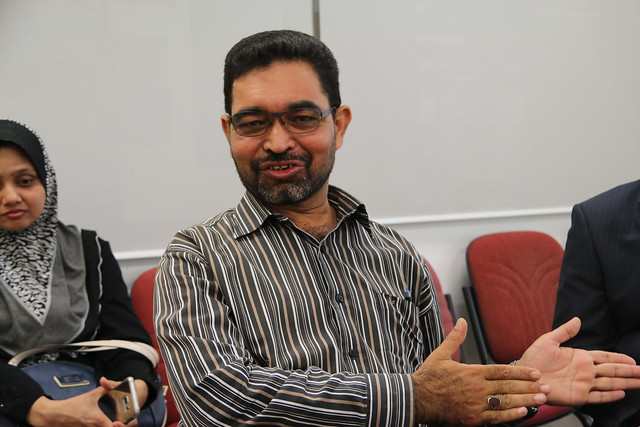 The patient is Syed Laeeque Hussain, a Pakistani national working for the Iranian embassy in Malaysia. He had an eight-cm tumour in the frontal lobe of his brain, which was causing him speech problems.

The video showed that for most of the procedure, Syed Laeeque was awake and aware of his surroundings.

A team of medical experts – neurosurgeons, speech therapists, neurophysiologists, neuroanaesthetists – were all on hand in the operating theatre.

She showed him photos on a tablet, got him to name places and things, string sentences together and sing a song. He even spoken in Urdu to his family through video call, and was asked to move his fingers, count, raise his arms and feet – all while his brain was being operated on.

It was a fascinating insight for members of the media, but it must have been surreal for the man himself as he sat next to his neurosurgeon and watched the video of his own operation with the rest of us.

Though, judging from his broad smile, Syed Laeeque is just thankful to have a new lease on life.

“It was my own decision. I didn’t want to take any risks, and I felt this was the safest way,” he shared when asked why he chose to get awake brain surgery.

“I knew what was going on, I was counting and doing everything they asked me to. After the surgery, I went back to normal without loss of personality and recovered well. I’m just grateful for this second life,” he said, beaming.

Brain surgery is often fraught with dangers. When you’re operating on something as delicate as the brain, which controls the core of our functions, one small misstep could have disastrous effects. 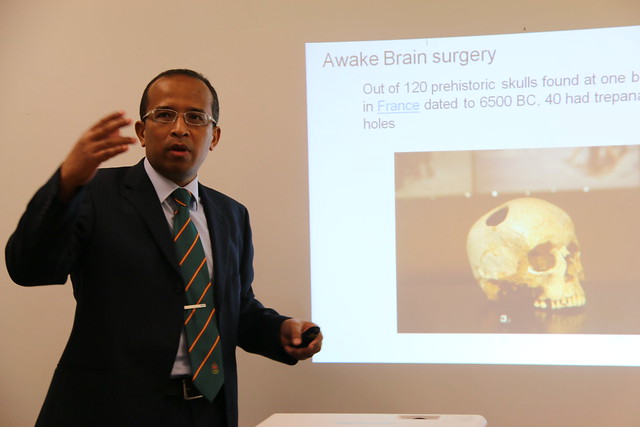 “Tumours can be located in sensitive parts of the brain. The last thing you want is to tell the patient that a surgery is successful but they are unable to talk, move or do a lot of things,” said Dr Syed, an experienced neurosurgeon who has over 28 years of medical practice abroad.

The whole point of having awake brain surgery is to reduce the risk of such things occurring, as well as lessen harm from complications; or in rare circumstances, death.

While less common in Malaysia two years ago, Dr Syed shared that it has picked up in local hospitals.

The surgery is usually done for tumours or lesions in the sensitive parts of the brain, namely those controlling speech, motor movement, sensor, memory, visual and hearing.

As they can monitor any complications in real time, awake brain surgery can help to prevent long term complications and subsequently save on hospital stays.

Dr Syed highlighted that one of the things often missed out in medical journals is the patient’s sense of autonomy. “Surgery is a daunting experience as you have to rely on experts, doctors and therapists to look after you.”

“In awake surgery, I could even ask the patient during surgery as to what he or she wanted to do with a specific complication,” he revealed.

He shared an experience operating on a patient who had a tumour located in a part of the brain that controlled motor functions.

“Halway through, the patient told me that he had difficulty moving his arm. I looked at my operative field and the tumour was still there, so the question was, what do I do? If I left it behind, the whole procedure would be for nothing,” Dr Syed recounted.

He decided to ask the patient, and got a resounding go ahead. Later on, Dr Syed vividly recalls the patient’s words – that he was grateful for the chance to make his own decision to determine his own future.

However, awake brain surgery is not for everyone. Patients who are agitated or unable to lie still are ruled out, as the procedure requires them to be still for four or five hours. Those who fall asleep after a few minutes are not eligible, as they need to be continuously assessed on their speech and motor functions throughout the operation. As tubes need to be placed into the patient’s airways before and halfway through, those with large body sizes are also not suitable.

Not all tumours can be done with this surgery, such as those located in a painful part of the brain such as vascular tumours, ad those adjacent to the dura, as it will stimulate pain fibres and cause significant discomfort.

Before they get the green light, patients have to go through an extensive preoperative assessment that includes an examinatino of their history, MRI, Dti and spectroscopy. 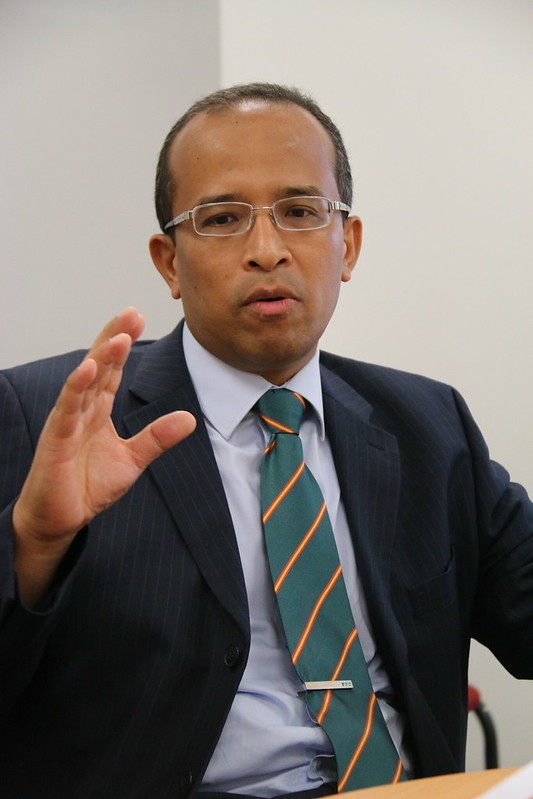 Most of it also came down to mental preparation. “It’s a big psychological burden for the patient. If things happen, such as massive blood loss or weakness in motor functions, they will know immediately. It’s not something you can just share with people as it’s not very common,” he added.

Both doctors and patient agreed that family members and a support system was very important in recovery.

Syed Laeeque said that he was thankful for his wife for struggling through the days with him. “Initially during the first month after surgery, I still had issues with my motor movements. I took a teacup in my hand and went to the washroom with it without realising!” he laughed. “Dr Syed assured her that I would eventually recover and go back to normal.

Santiago agreed, saying that the patient’s family came with useful information that the doctors could work with and ultimately help the patient out. “Counselling and support beyond the operating theatre is important,” she stressed.