The term ‘Flea Market’ comes from the French “marché aux puces” or “market of the fleas”, as it was believed that old furniture or items such as clothing, often sold at these bazaars, supposedly contained fleas. In Malaysia, we call our flea markets ‘pasar karat’, or ‘rusty market’ – because people often sold off their scrap metal for a cheap price, and metal rusts, hence ‘karat’. Despite the name, you can get all sorts of things at a pasar karat, ranging from antiques to vintage items, souvenirs, second-hand clothing to furniture. One man’s trash is indeed another man’s treasure! 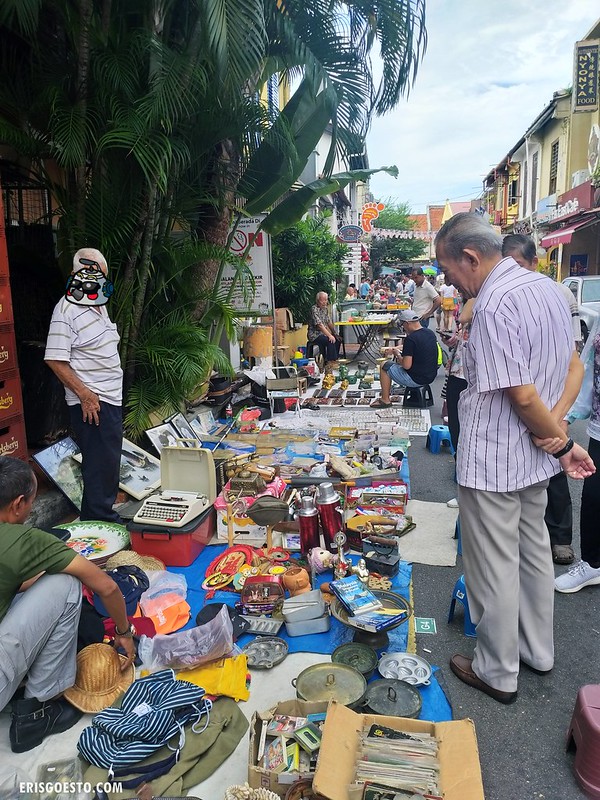 The Pasar Karat at Jalan Lekir (just off Jonker Street) in Melaka is open from 9AM to 3PM on Saturdays and Sundays. If you’re in town over the weekend, this is a great place to check out ! The items on sale are mostly antiques and vintage stuff like coins, vinyl discs, old photographs, cassettes and VHS tapes, bowls and plates, home decorations, ornamental weapons and more. 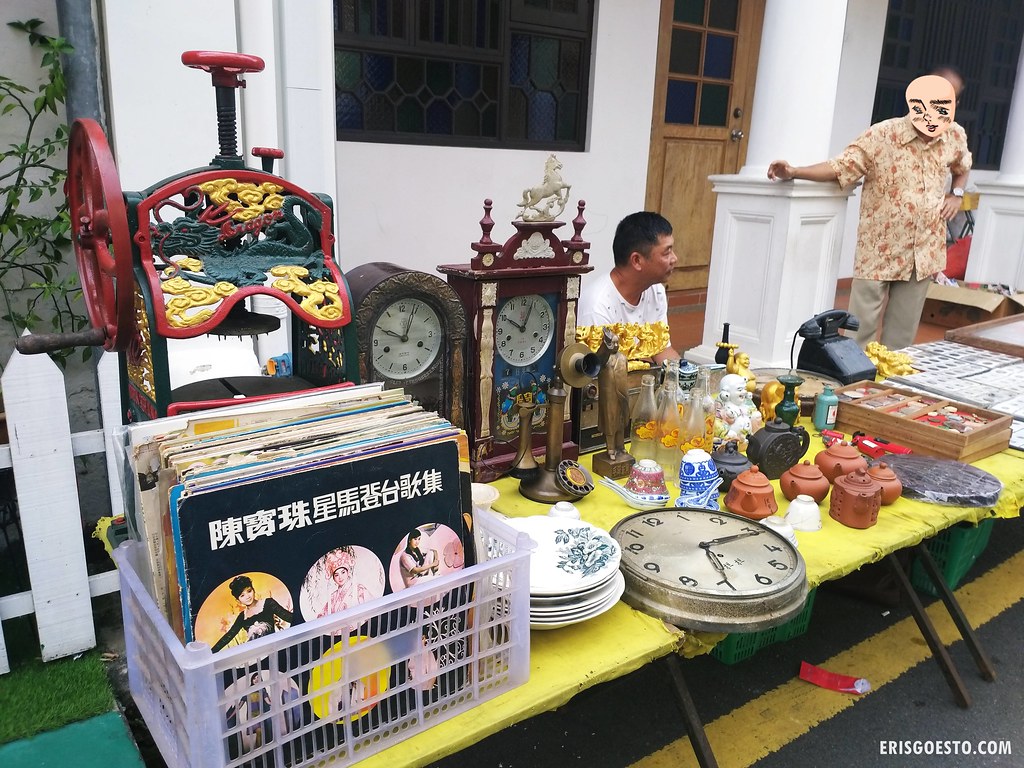 Even if you aren’t buying, it’s nice to see the old items on display, like these mini grandfather clocks, tea sets and classic rotary dial phones(remember those?). Feels kind of like an open-air street museum! 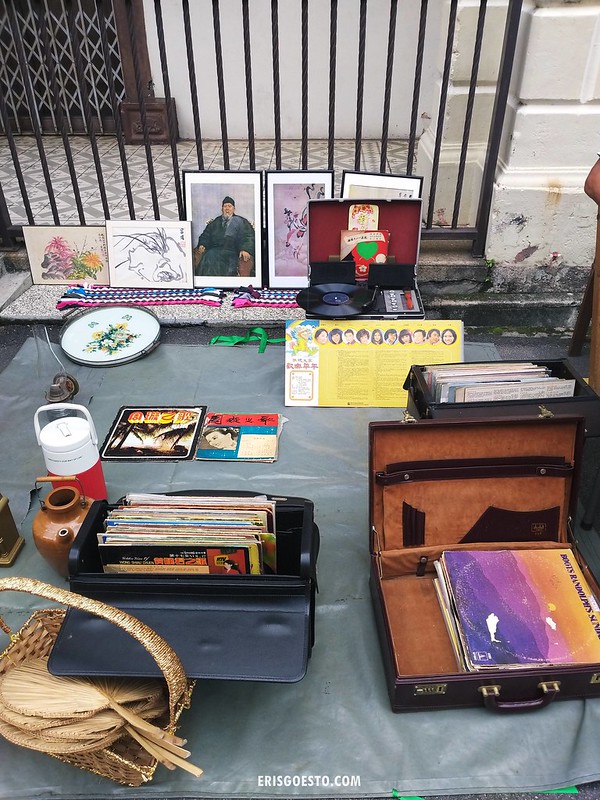 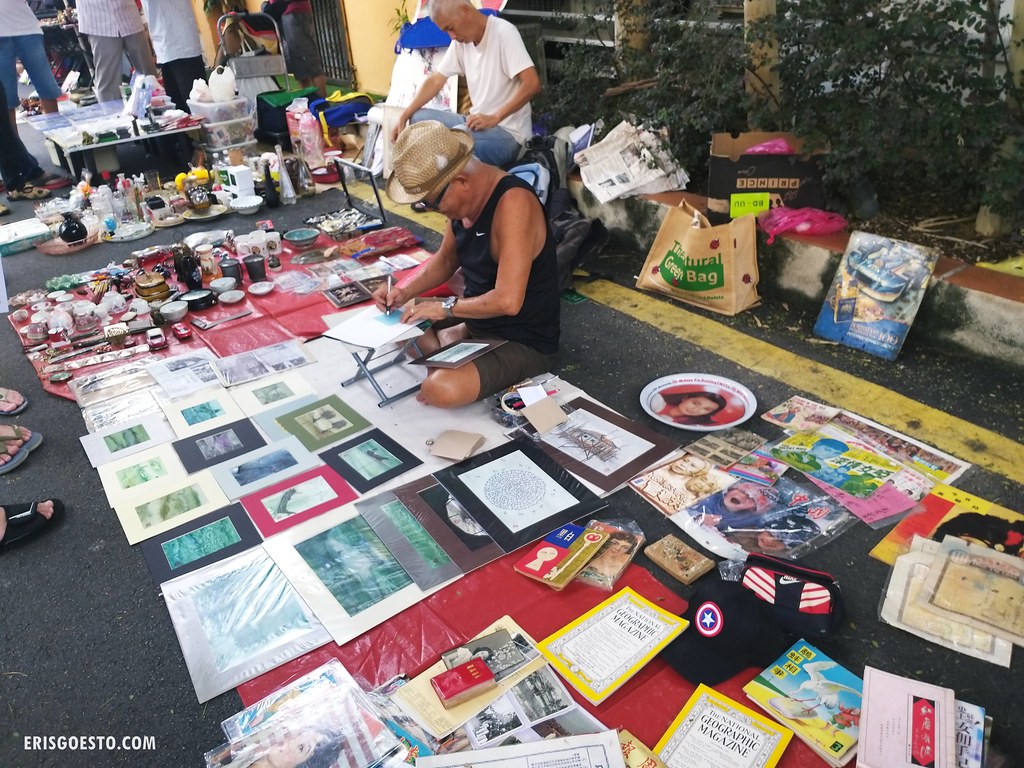 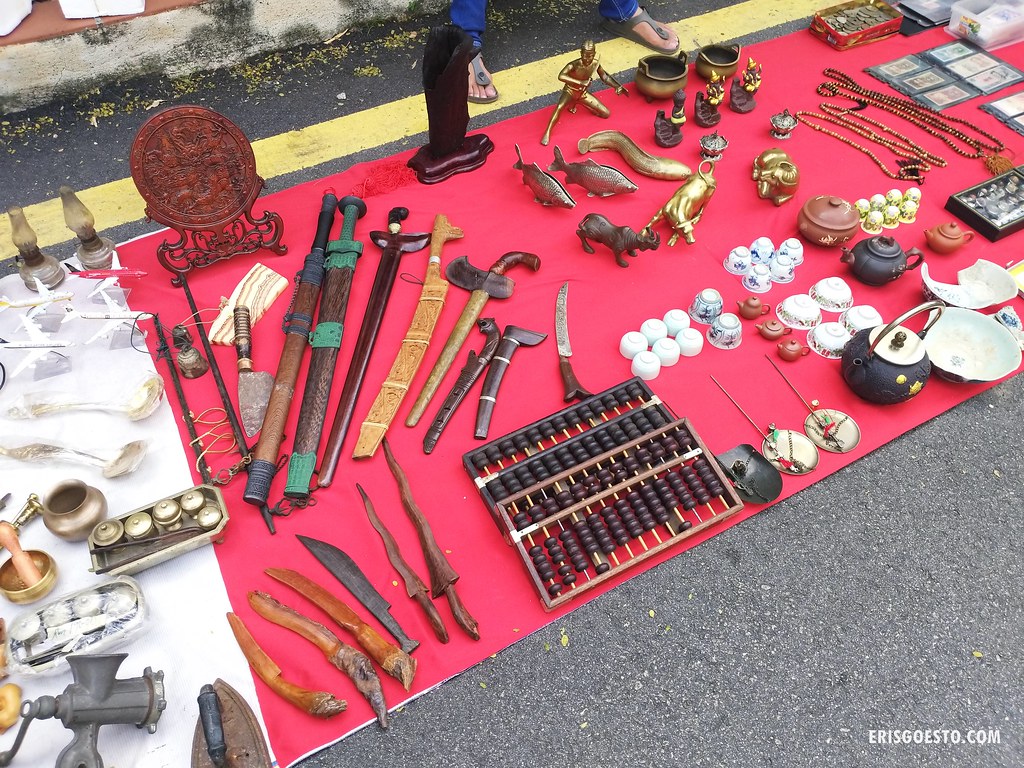 You can buy ornamental weaponry such as keris blades. Or perhaps you fancy an abacus or an old charcoal iron? 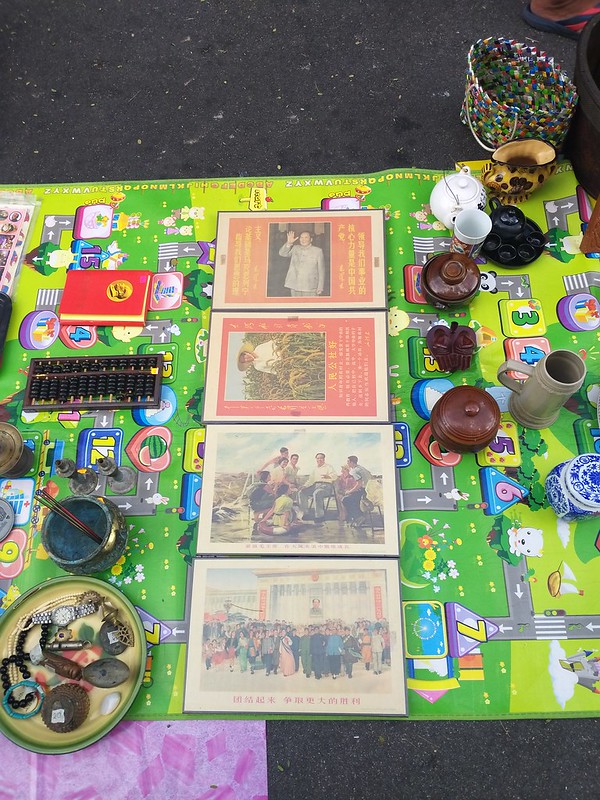 I was surprised to see some vintage posters of Chinese-communist propaganda on display as well.

The Pasar Karat at Jalan Hang Lekir is open from 9AM to 3PM on Saturdays and Sundays.

Most of the popular eateries in Ipoh like Sin Yoon Loong and Nam Heong were packed to the brim during Chinese New Year, so we sought out a quieter place for lunch, away from the bustling Jalan Bijih Timah area.

Enter Lim Ko Pi, located along Jalan Sultan Iskandar (old timers still call it Hugh Low Street, which was what it was known as during British colonial times). The bright red facade is hard to miss. You can either park behind the building and walk over, or across the road at a garage. 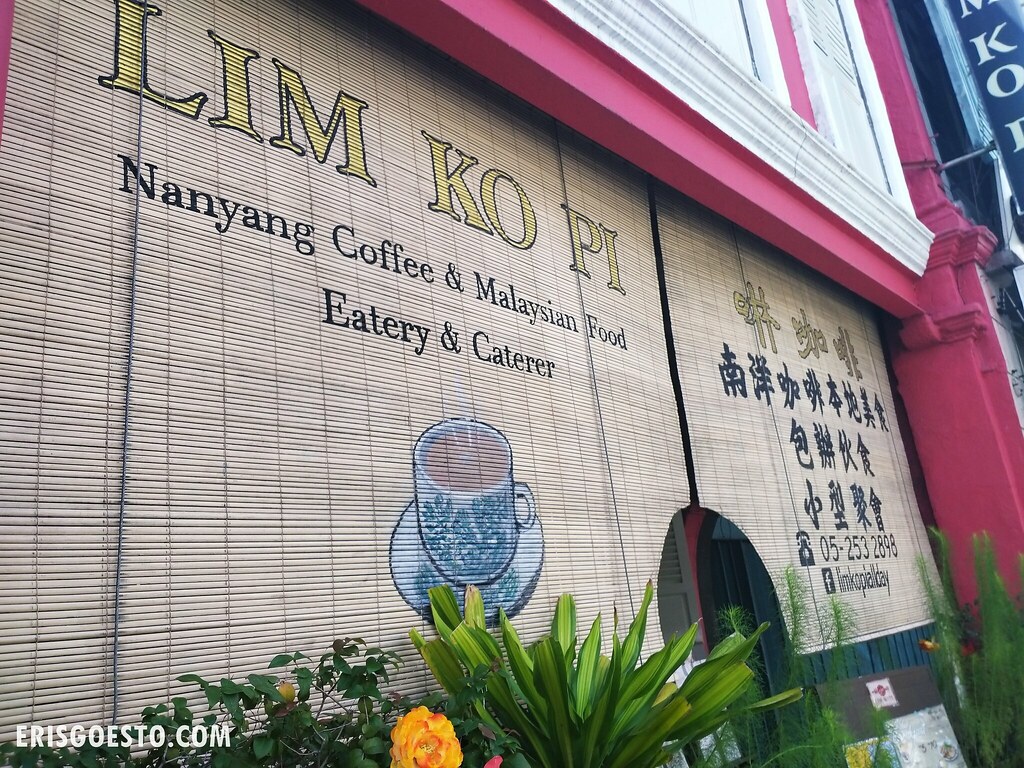 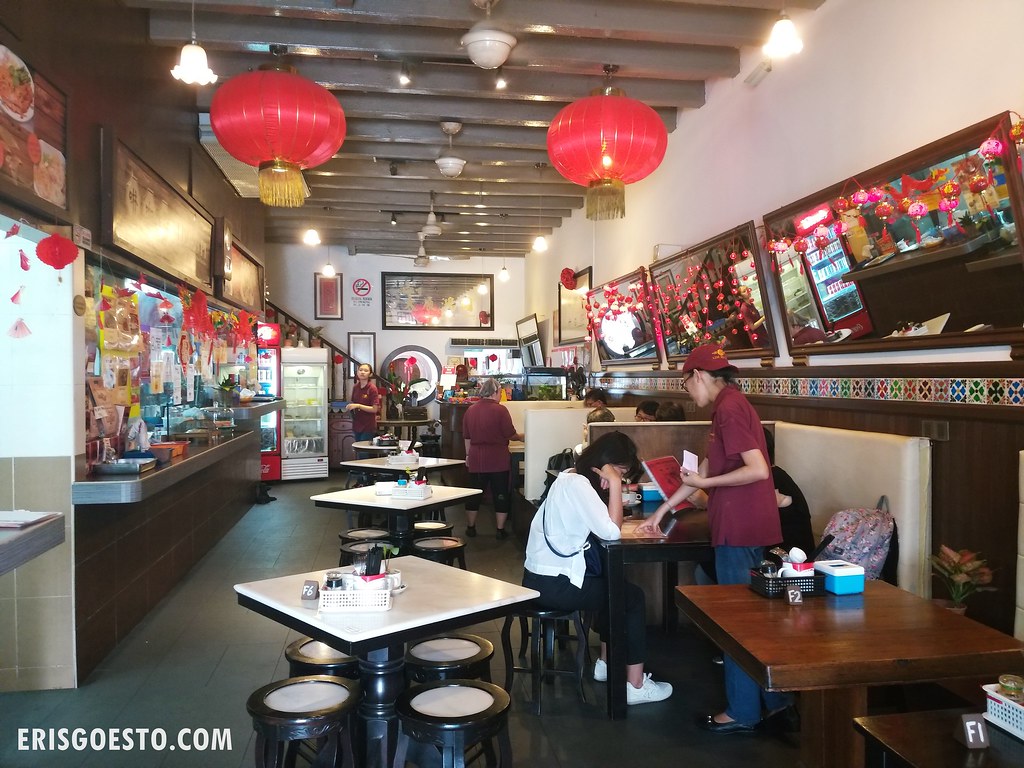 Modeled after old school kopitiams (coffee shops) but upgraded with modern comforts such as air conditioning, Lim Ko Pi is deliberately designed to evoke a sense of nostalgia, from the polished wooden furniture and booths to the beautiful tiles lining one side of the wall – commonly seen in old Chinese houses. Red lanterns were also hung up for the Chinese New Year. 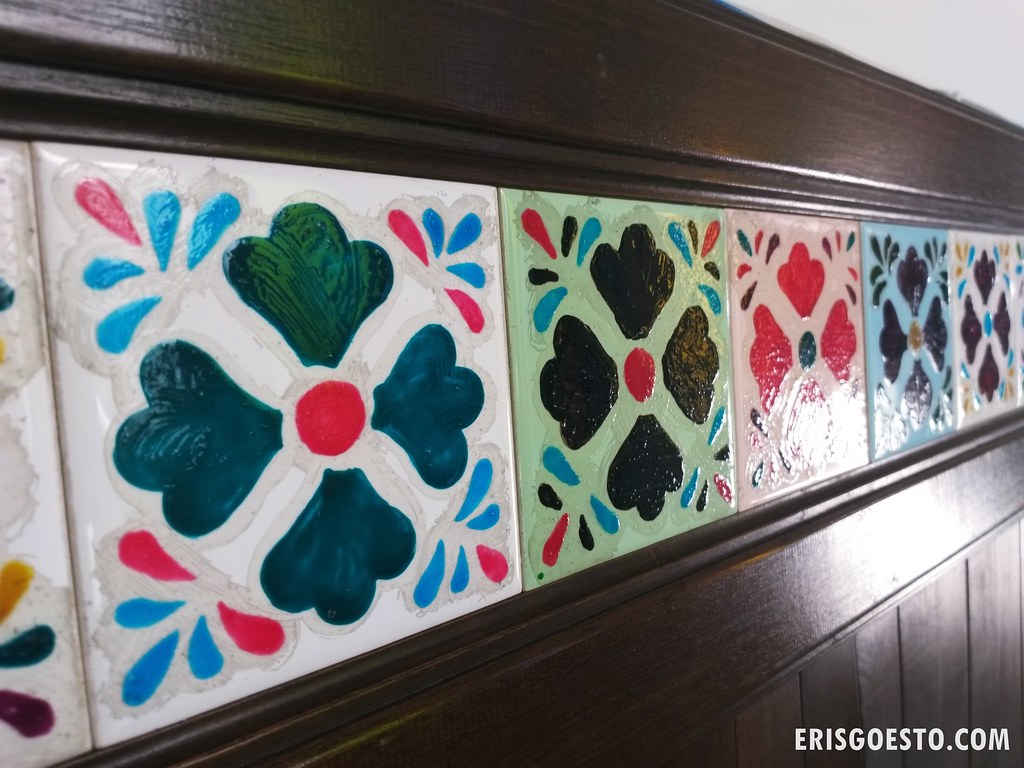 Love the tiles! You don’t see them much anymore these days. 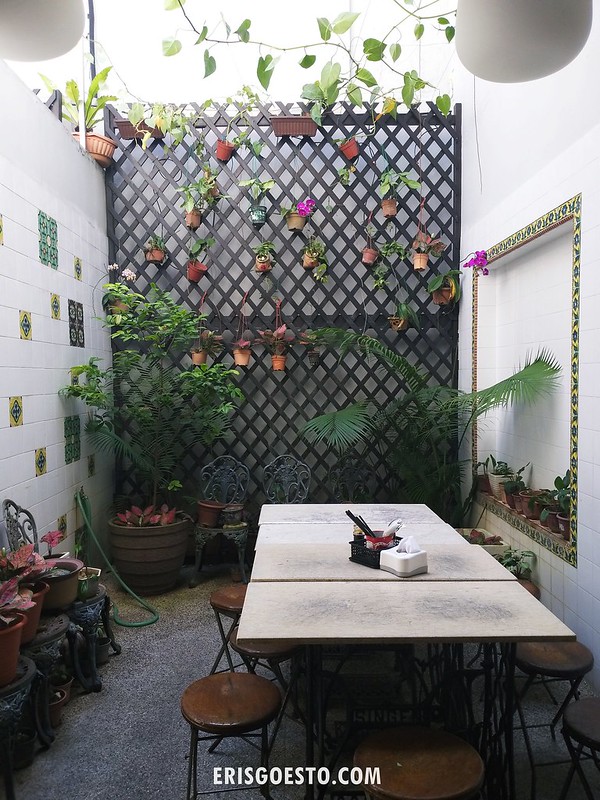 There are two open air courtyards at the back of the shop where patrons can chill at, with potted plants giving the space a nice dash of greenery. 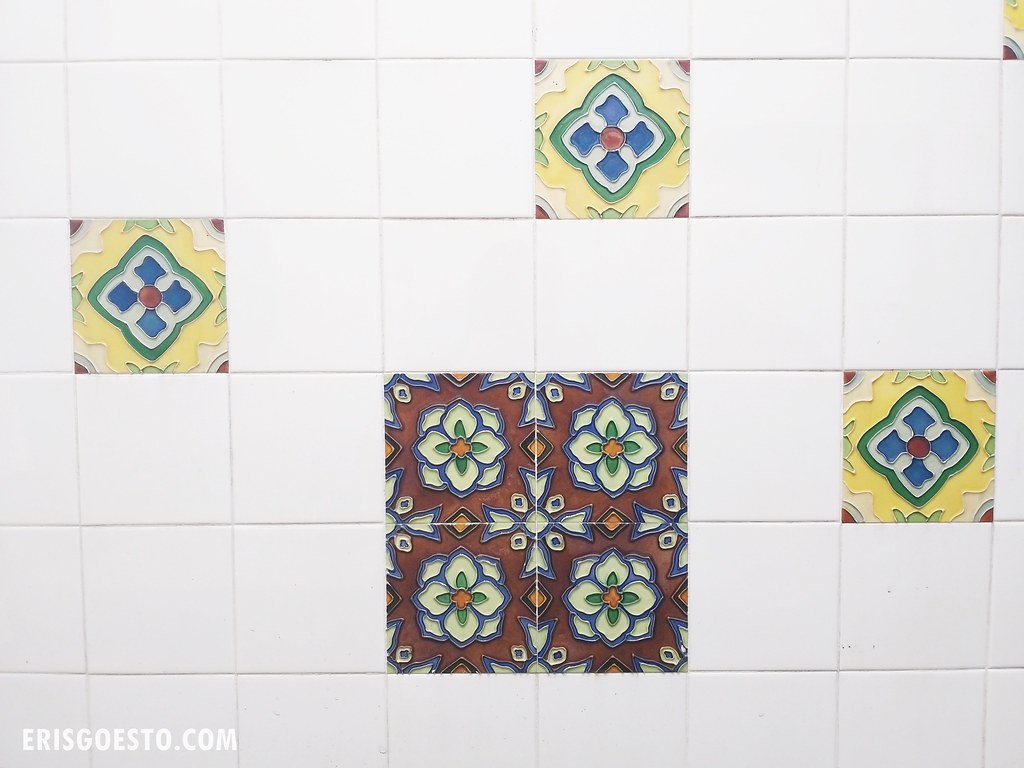 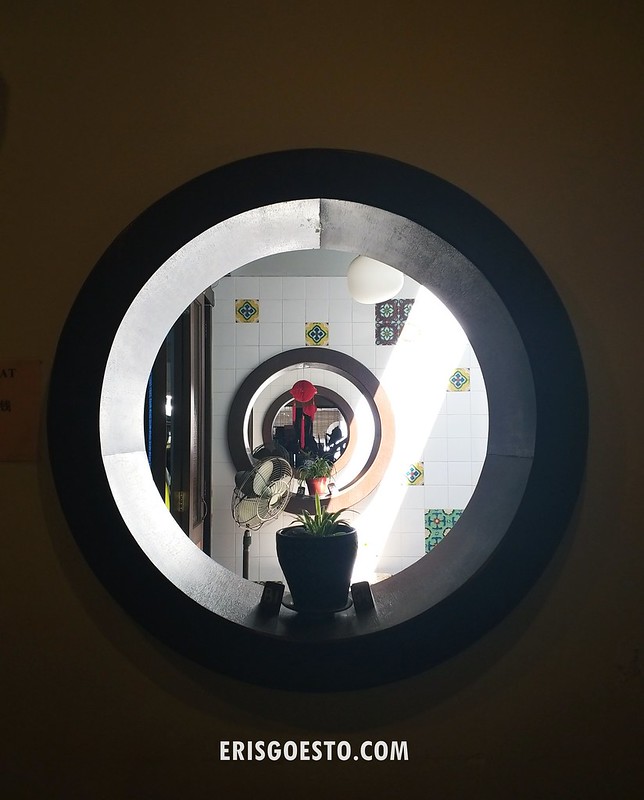 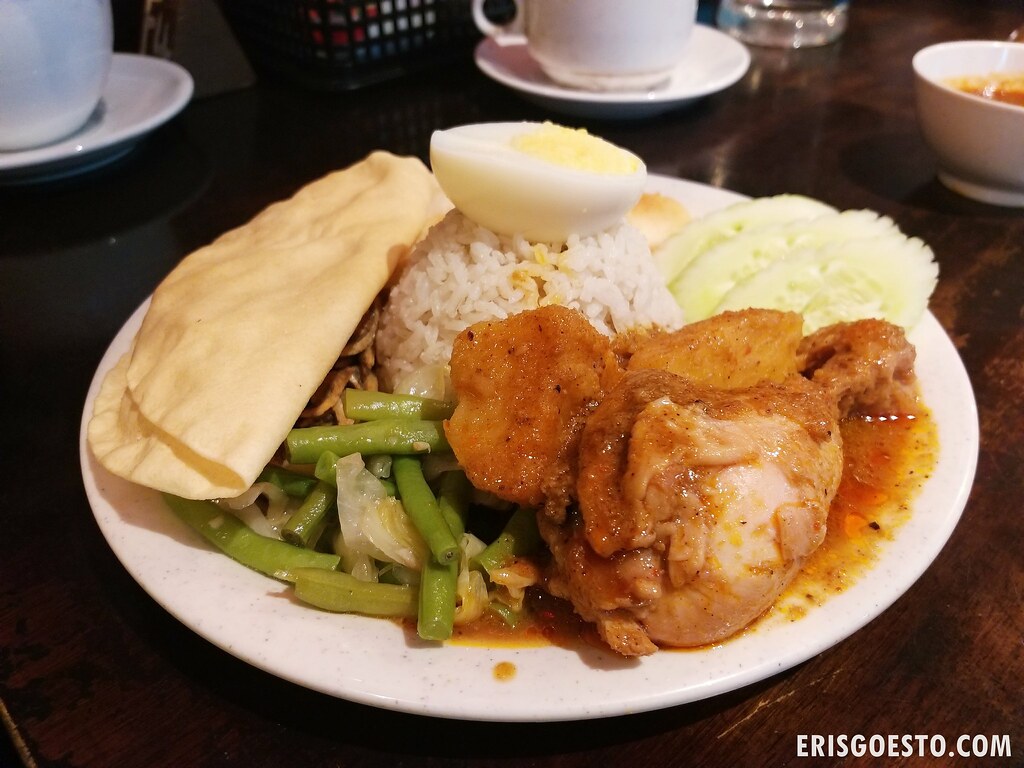 We settled in comfortably to the nostalgic surroundings – and food was served. Bro had the daily special (nasi lemak), but unlike the Malay version, this one had stir fried green beans and vegetables. The side of Chicken rendang was sizable, and it also came with a piece of fried poppadom (lentil cracker). Tastewise, decent but lacking the strong, hearty flavours of Malay-style nasi lemak. 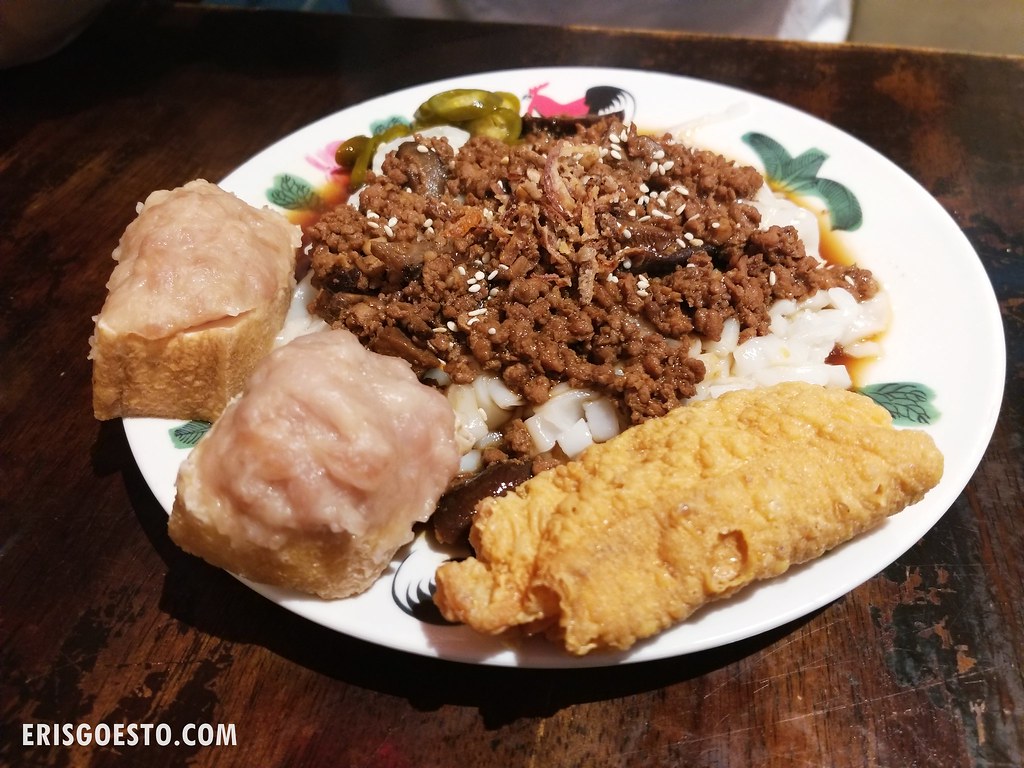 A popular dish in Ipoh is the mushroom sauce chee cheong fun (rice rolls). The version at Lim Ko Pi came with a side of bean curd stuffed with fish paste and deep fried. They gave a lot of minced meat but there wasn’t enough sauce so the result was pretty dry. 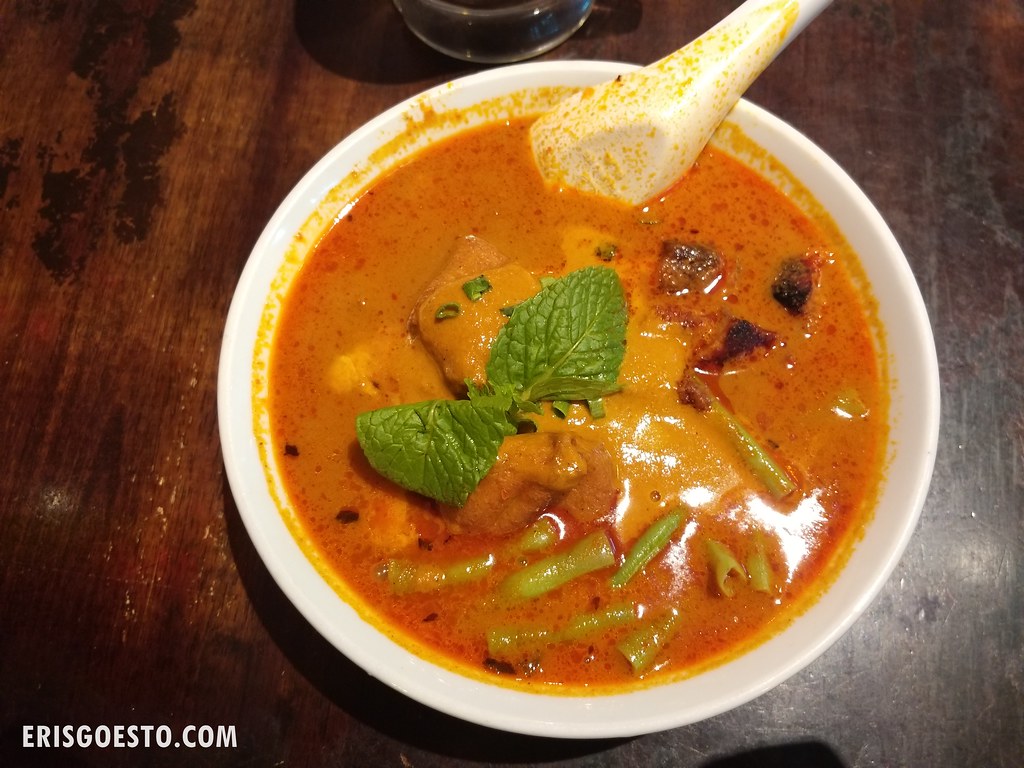 Pops and I had curry noodles. Flavours were okay but it was wayyyy too thick and starchy that it got cloying after a few bites. 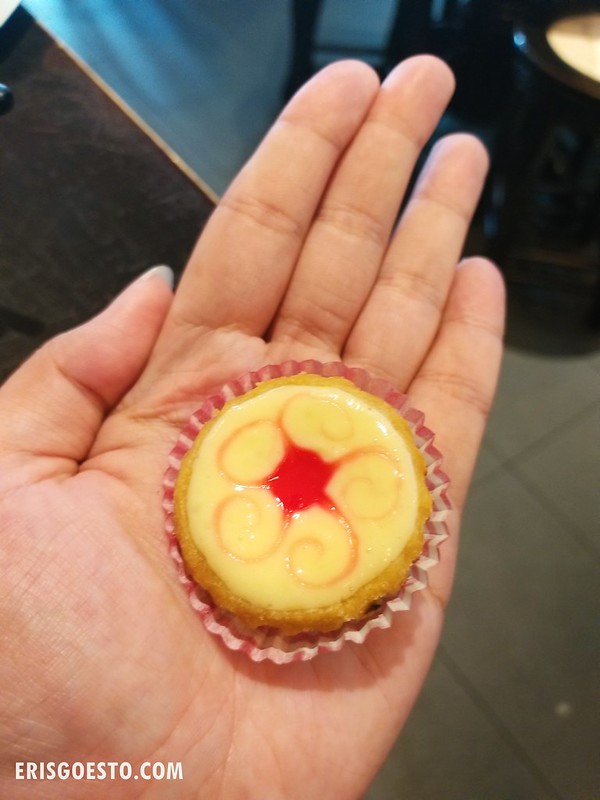 Service is fast and friendly at Lim Ko Pi, and the ambience is nostalgic but the food was just so-so. Still, a decent alternative if you want to avoid the tourist crowds at popular establishments.