I had originally intended to grab some beef noodles for dinner at Bandar Sunway… only to realise that the Soong Kee Beef Noodle outlet near Sunway University had closed. 😦

Most of the other restaurants were crowded, so I popped into Garage 51, a cosy place serving fusion food and coffee. They’re also one of the pioneer Australian-style cafe/restos in the area, known for their gigantic milkshakes.

The decor hasn’t changed much from my last visit; ie still sporting the ‘industrial chic’ look with lots of wood, steel and ambient yellow light. 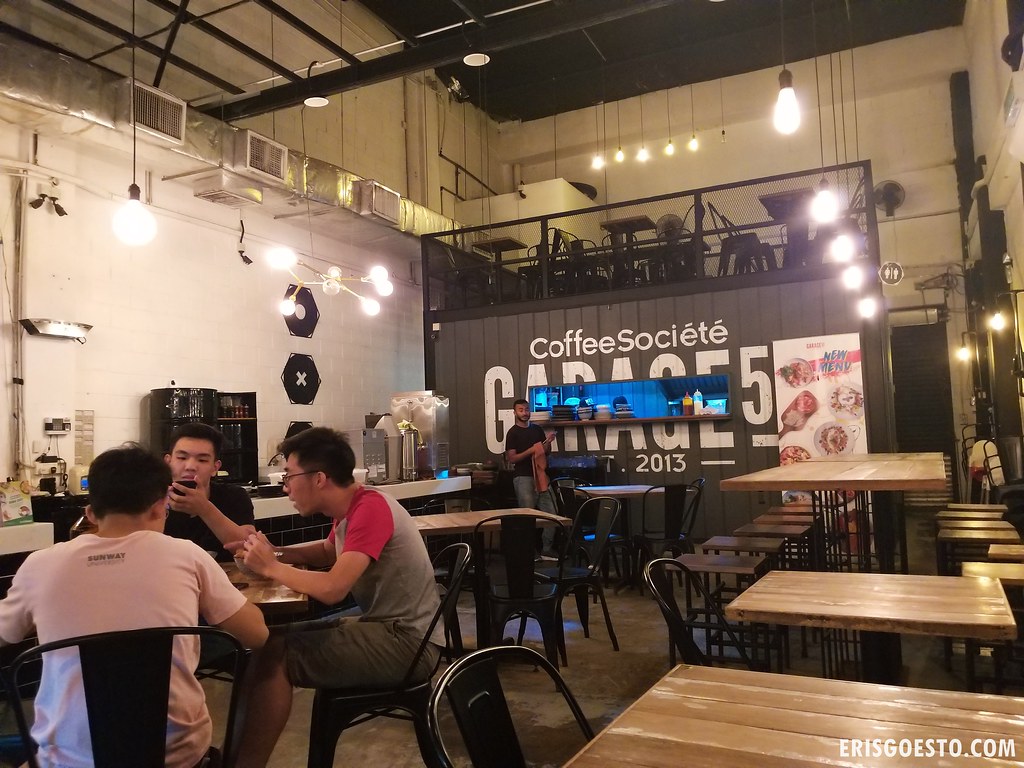 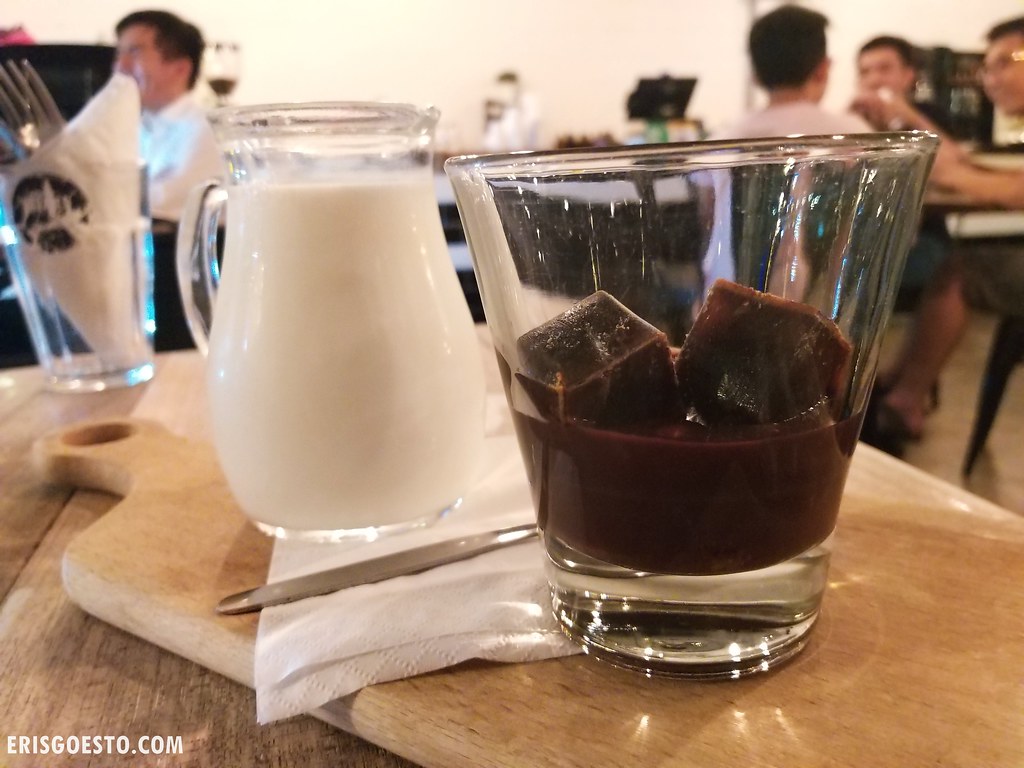 For drinks, the Mochatella (RM16) comes with a small pitcher of milk, which you can pour into a glass filled with coffee cubes and hazelnut chocolate. Since the cubes are made from coffee, you get an ice cold drink that isn’t diluted – and you can adjust how ‘milky’ you want it to be. Hazelnut chocolate on the bottom gives the beverage a good level of sweetness. I’d suggest not ordering this for dinner though, or you’d end up hyper until 5AM like I was lol. 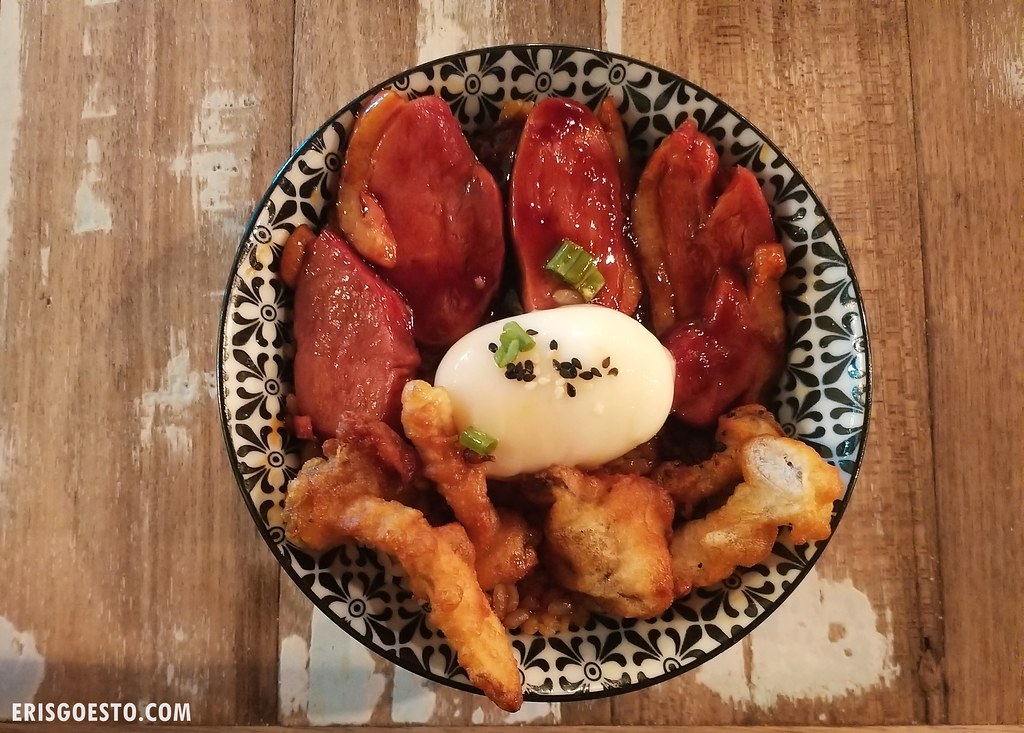 Garage 51 serves a good selection of fusion dishes, from pastas to grilled proteins, salads and rice bowls. I went for the Hoisin Smoked Duck Rice Roll (RM16), which came in a generous portion with Japanese rice, tempura mushroom and onsen egg. Considering the price vs portion, it was pretty value for money! The duck had a sweet flavour which was closer to a teriyaki glaze, and the meat was tender but not gamey. Loved nibbling on the flavourful extra layer of duck fat on the top ! The tempura mushrooms weren’t greasy and gave the dish a crispy element. Egg was perfectly poached. All in all, a solid rice bowl.

Look at that egg:

Hey guys! So if you noticed, I haven’t been blogging as much as I used to(sad). I’ve been really busy with my freelancing work/errands and stuff.

To make it up to you, here’s a post from when S and I went to ‘celebrate’ his birthday last week 🙂

He wanted to try these gigantic milkshakes at Garage 51, Bandar Sunway. Who am I to say no to the birthday boy, right?

Garage 51 used to be, well… a garage. Before it was converted into a car-themed hipster cafe. The place is right across the road from Sunway University College and caters to a big student crowd. Place was packed for dinner/supper.

Inspired by the ‘messy milkshake’ trend from Australia, the two young brothers who helm Garage 51 decided to bring this monster of a dessert to Malaysia. It was a phenomenal hit when they first released it, but the hype seems to have died down a little. The original ‘Messed Up Family’ range had four drinks: the Father, Mother, Son and Daughter. Each had their own ‘personalities’ and matching ingredients. The Mother, for example, had a sweet and mellow Matcha Green Tea as a base, while the Daughter’s sunny disposition was shown through coconut and raisins. They have since expanded the menu to include seasonal releases like the Halloween Monster, and for Raya, the Bandung Milkshake.

S got The Son (above)), which had Hazelnut with Nutella and was topped over with salted pretzels, Perfecto Popcorn, cornflakes, marshmallow and a love letter stick.

I went for The Cousin – salted caramel topped with a huge chunk of brownie, and loads of whipped cream underneath. Like seriously. Half of that cup was whipped cream. Fat as hell but oh so satisfying.

Verdict: While they tasted good as far as sugary, creamy drinks go, I will never attempt to drink these again after having dinner (I had tacos at a shop next door). S and I were practically rolling to the car, trying not to throw up. Wasn’t that the drinks were bad, it was just too much for our aging stomachs. We’re not 18 anymore lol.