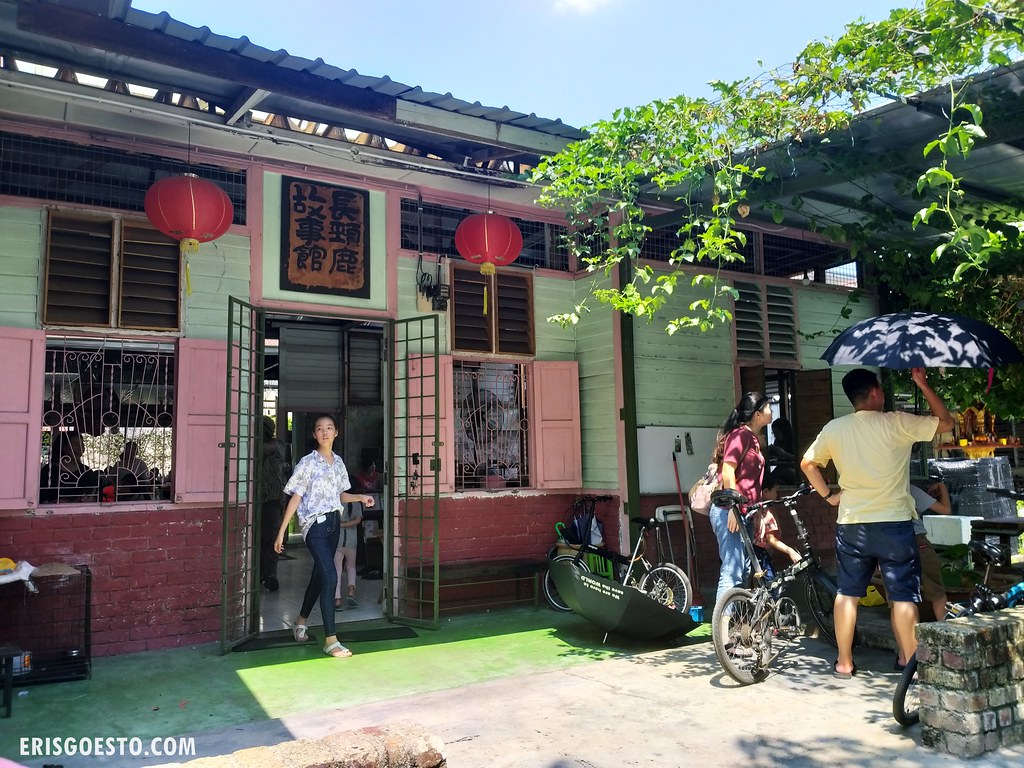 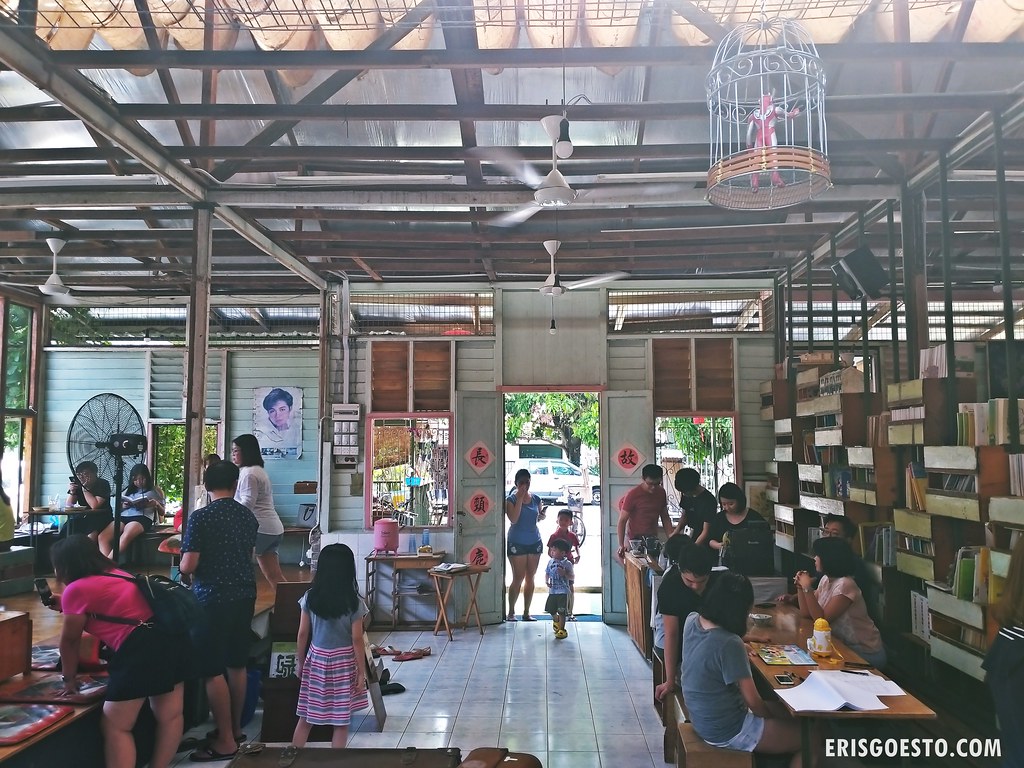 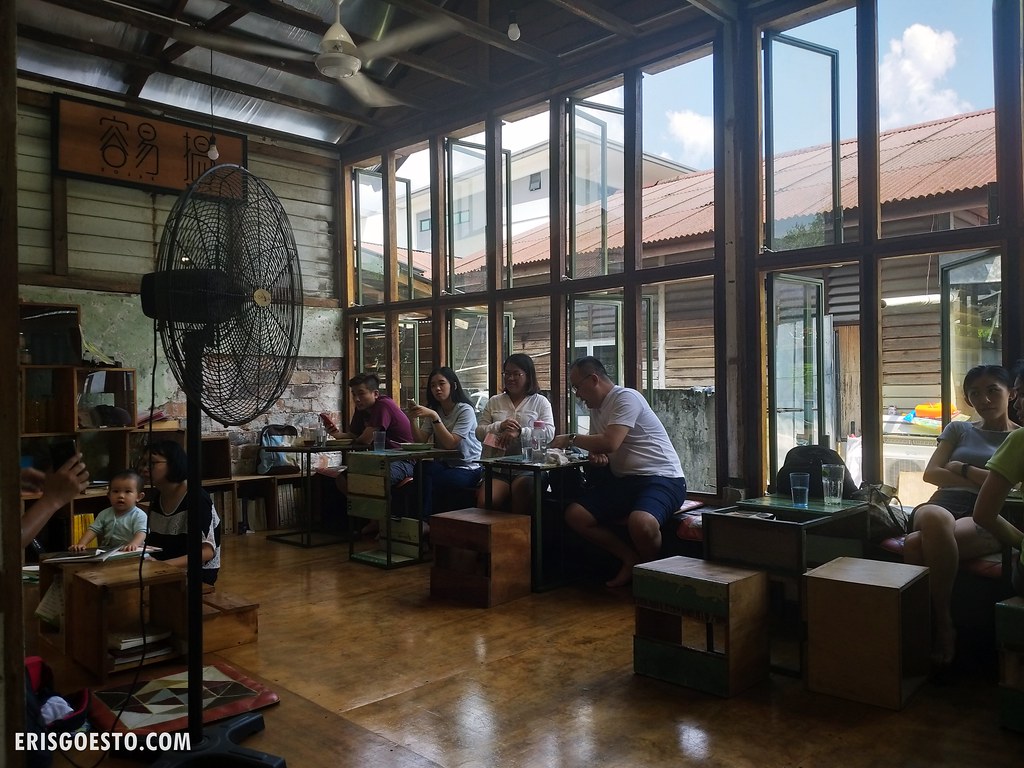 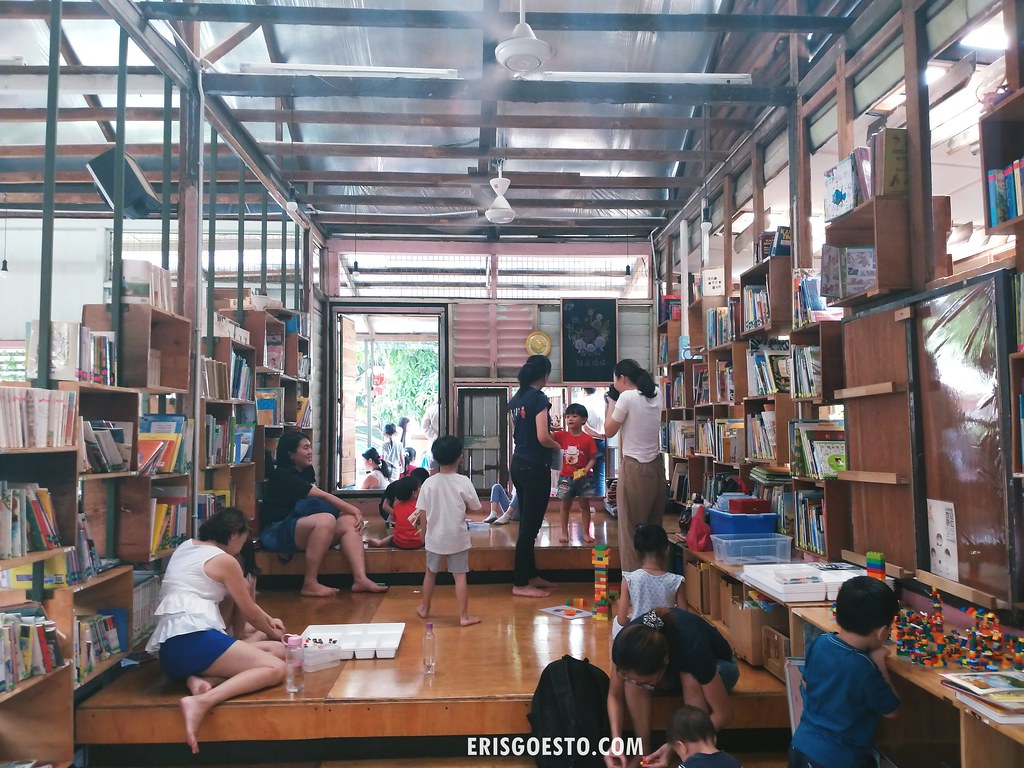 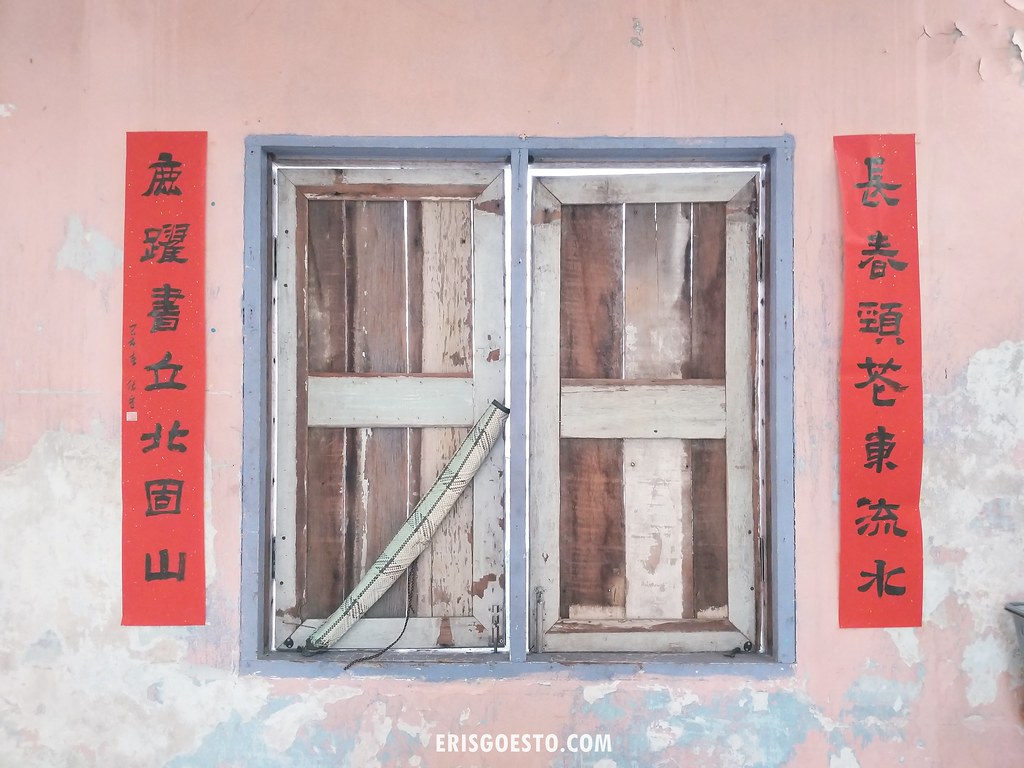 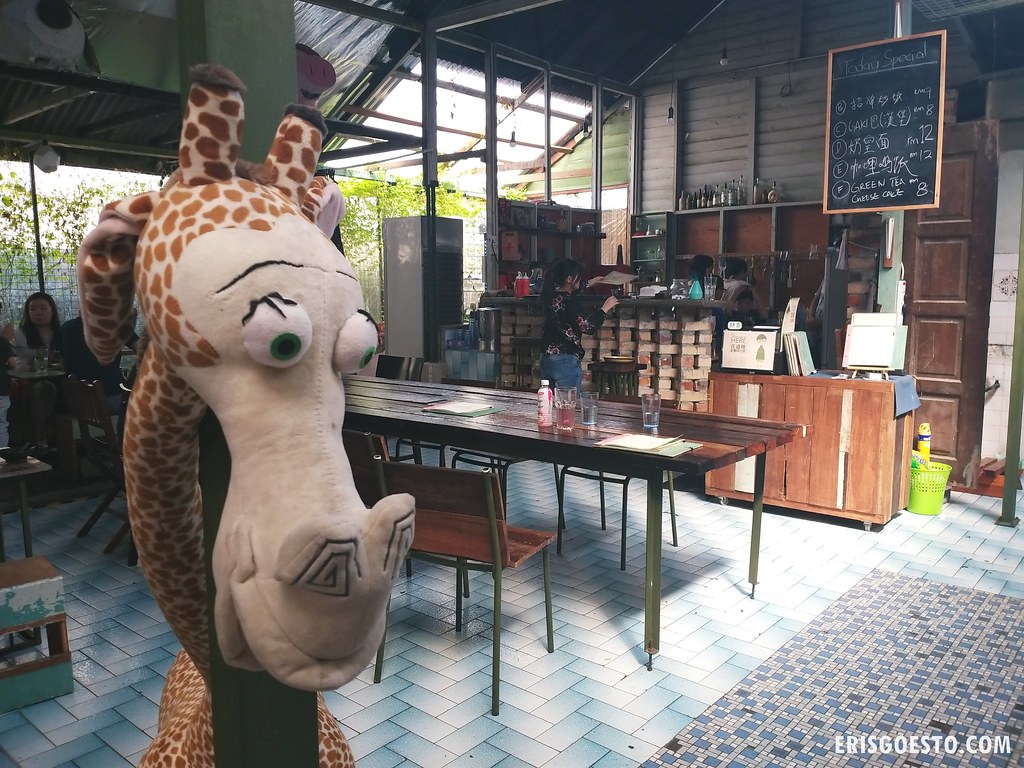 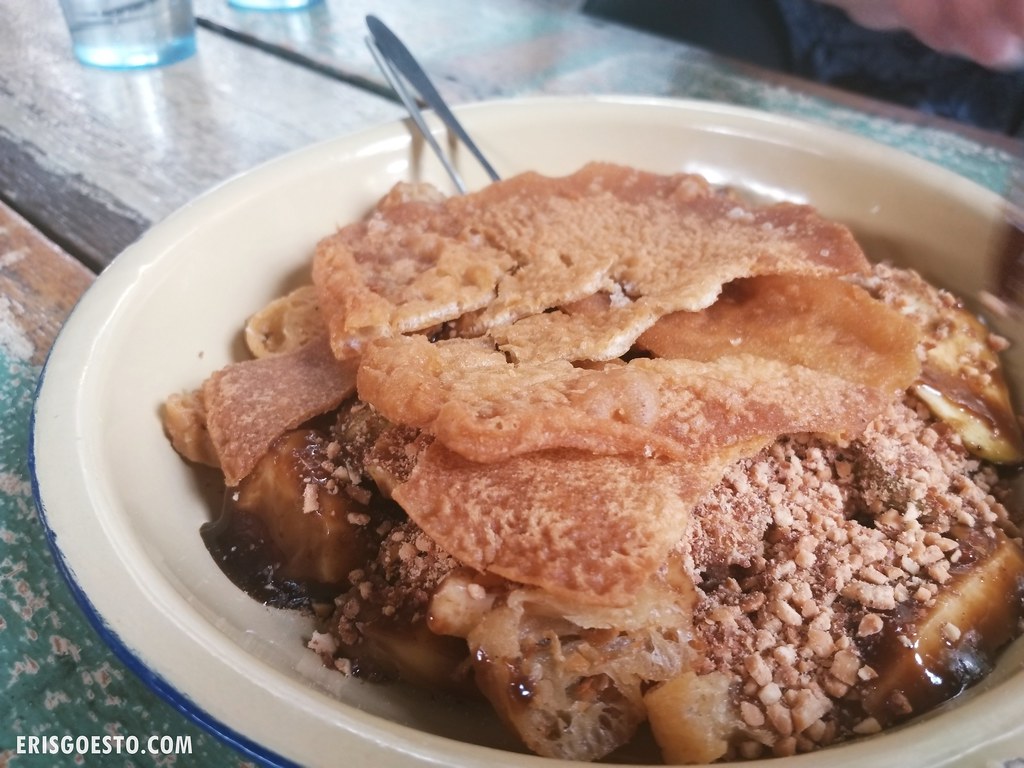 After our biweekly Saturday meeting, our boss usually takes us somewhere for lunch. I don’t always join them because I have things to do in the afternoon, but this time around I was glad I did, because I discovered a gem of a seafood restaurant in Balakong.

Sam Steamed Fish Head Restaurant looks like your typical Chinese restaurant – no frills, plastic tables and chairs, non air-conditioned, loud and boisterous. Menu was limited, but everything on it was excellent. Quality over quantity!

Fish maw soup. They don’t have a fishy taste but absorb the flavours of whatever ingredients they’re cooked with. The soup was flavourful (I think it had chicken stock in it), coupled with the fragrance of spring onions, while the maw lent it a crunchy feel.

Pork rib curry was da bomb. Potatoes were done just right – not too hard or soft, while the ribs were fall off the bone tender. Some places make it with lots of coconut milk, which is creamy but might overpower the original flavour – but the curry was strong with this one. Perfect with rice!

Main dish: Steamed fish in spicy taucu . The fish was fresh and fleshy, while the sweetness of the meat was brought forth by the spicy fermented bean sauce. There was plenty of it to go around too.

They even managed to make steamed egg good. Fluffy, silky smooth and soft, just the right amount of soy sauce without being too salty.

Fish stomach with spring onions and basically the same sauce as the fish; but it was equally amazing. The fish stomach was cleaned well and had a texture like squid.

Stir-fried vegetables. These were just okay.

I’m impressed by the quality of the food here. Best of all, it was my boss’s treat so can’t complain.

This is my third time at Le Gardenz Cafe in Balakong, a chic container concept resto that offers fusion and Western-style dishes like pasta, pizzas, chops and ribs. For my previous reviews, click here and here. 🙂

Anyway. Moomins saw my blog posts and told me to bring her there for lunch over the weekend. So away we go!

Decided to try something new, so I went with the Beef Bolognese (linguine). You get to choose either chicken or beef to go with your pasta (spaghetti, linguine or macaraoni), and they top it over with bits of cheese. The portion was really big – I think it’s enough for two small eaters. I think they went overboard with the sauce though, it was very salty and sour.

Bro had the Fish N Chips, which I tried before. It was okay, but nothing special.

Mi requested less salt, which turned out to be good because her Brocolli Cream pasta was the best out of all the dishes. Subtly creamy without being overpowering, lightly salted and the macaroni had an al dente texture. Simple, but yummy.

My advise is to ask the kitchen to go easy on the salt because from previous experiences, they’re quite heavy handed with the flavours. 😡

What can I say? I’ve safely turned a quarter of a century: I’m a year older and (hopefully) a year wiser! It was also my first birthday at my new workplace. Since it was a working day, my boss kindly treated me to a nice meal at this chic container-concept Western cafe called Le Gardenz, near our office.

Situated in an industrial area surrounded by factories, I was honestly surprised to see this rather outlandish-looking structure in the middle of everything. Standing at several storeys high, parts of the restaurant were made up of containers which were installed with air conditioning. Visitors go up to the main dining area via a side steel(?) staircase, tastefully decorated with lots of plants. Very steampunk.

Entering feels like walking into someone’s well-maintained garden, with lots of greenery, flowers and shrubs. Cute decos abound everywhere. The kitchen and dining area was spread out across several different sections and can easily seat a few hundred guests.

One of the open-air kitchen areas. You can even watch the cooks in action if you want to

A London-inspired dining area, complete with a replica of a double decker bus (right), which was closed off to the public during lunch hour.

A seemingly random display of Megatron’s head. There was a giant robot structure in a corner which looked like it was still under construction.

It was hot outside, so we decided to pop into one of the air-conditioned dining rooms (a concrete one, not a container). This was European/Middle Ages themed with shields, a wooden and brick bar, wood furniture and accents, and oil paintings decorating the walls.

A cooling Green Tea Latte for a hot day. It wasn’t too sweet, which was good, but was rather clumpy at the bottom.

H had their grilled chicken chop. The serving was humongous – two giant pieces of tender, grilled chicken served with a choice of sauce (black pepper, mushroom), mixed vegetables and mashed potato. The chicken itself without the sauce was already flavorful as it had been marinated. Wasn’t overdone or undercooked.

You can build your own burgers by mixing and matching the ingredients, like this beef burger. I didn’t try this but according to colleague, the patty was burnt and dry.

There were many items on the menu and I was torn between getting a steak and a pasta. Ended up getting one of their house specialties, the Tom Yam Seafood Pasta (RM22), with a choice of either macaroni, spaghetti or linguine.

They were definitely not stingy with the portions – I’ve never eaten a seafood pasta at any cafe in Malaysia that gives you not two, or even three, but FOUR largish pieces of shrimp, two very sizable mussels, and loads of chopped squid. The tom yam sauce was sourish and creamy. It did taste salty halfway through, but otherwise it was pretty good. I couldn’t even finish it because there was so much.

Thank you awesome colleagues! It definitely made my birthday more memorable, even though I had to work OT in the evening. I spent Saturday hanging out with the family and we had another round of eating lol (it’s just this week of cheating, okay? .__.)

As I grow older, I’ve realised that family is what really matters. Last year, I spent my birthday working the entire day, because I left early in the morning and only got home after midnight (had an event). I remember feeling sad because I couldn’t even spend time having a simple meal with my parents. It was a lifestyle I chose, being a journalist, and I found that it wasn’t what I wanted, especially with my parents approaching their twilight years and not being in the best of health. I feel happier now even though the pay is lesser, coz I’m learning lots of new things and the people make it fun, and there’s more work-life balance. 🙂