Melaka is one of Southeast Asia’s most historically rich sites. Founded by a Javanese Hindu prince in the 1400s, it thrived as a port and welcomed traders from as far as China, Arab and India. It was then conquered by the Portuguese, the Dutch and the English for hundreds of years. Naturally, old structures and the influence of various cultures remain, making Melaka a UNESCO World Heritage Site.

For first-timers in the city, there’s no running away from visiting four important historical hotspots. They’re all within walking distance of each other, so getting to each is just a matter of legwork. Just ready the sunscreen, shades, an umbrella and lots of water – Melaka is scorching at most times of the year. 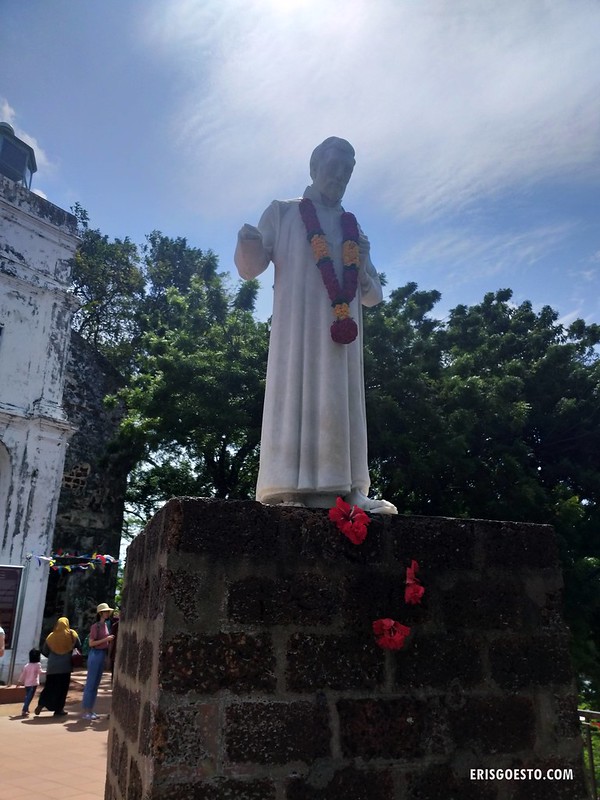 The heart of Melaka is centred around a hill (now known as St Paul’s Hill), since the high vantage point affordsgood views of the coastline (ergo, important back then to see ships + invading forces).

Perched on top of this hill are the ruins of St Paul’s Church, a Roman Catholic church built in 1521 by the Portuguese nobleman Duarte Coelho. Originally called the Nossa Senhora da Annunciada (Our Lady of the Annunciation), it was dedicated to St Mary. The church was later deeded to a Jesuit missionary called Francis Xavier, who used it as a base for his missionary trips around Southeast Asia. After his death and ascension to sainthood, his body was interred for a while at the church, before it was sent to Goa. A burial vault was also opened in the 1590s, and many Portuguese nobles and people of distinction were buried here. 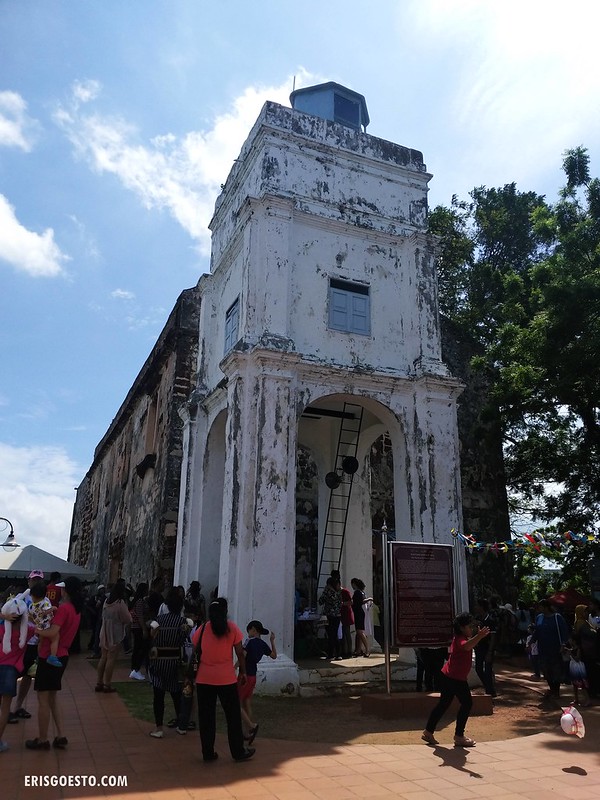 After the Dutch invaded in 1641, the church was re-designated as St Paul’s Church under the Dutch Reformed denomination. For a while, the Dutch community in Melaka used it as their main church, but left it abandoned after the new Christ Church was completed in 1753. Parts of the building were also taken down to help fortify defense structures around Melaka. The church building fell further into disrepair during English occupation, when it was used as a gunpowder depot. 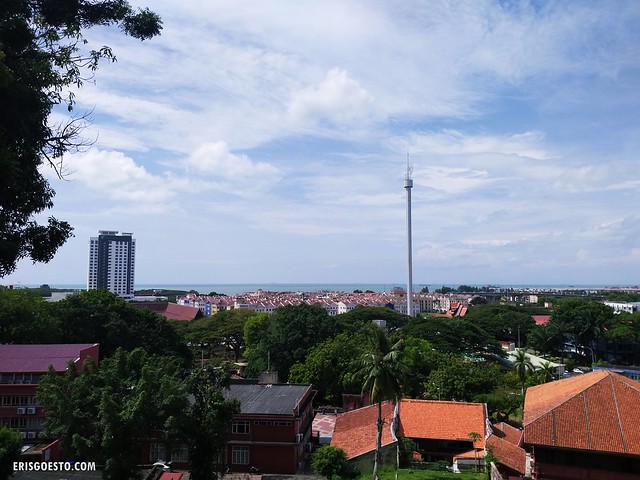 View of the Straits of Melaka from St Paul’s Hill 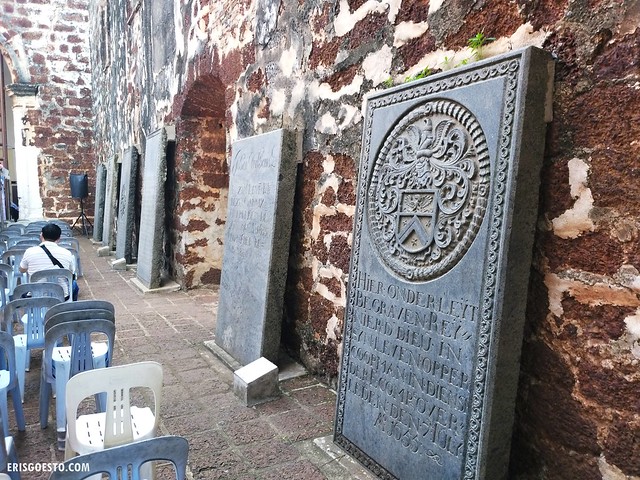 There was a church event going on at the ruins during our visit.

The building itself is just a shell of its former self – four walls, no roof and exposed red brick, lined with elaborately carved stone grave markers. One wonders how it must have been like in its heyday, when both the Portuguese and then later the Dutch came to pray and attend religious sermons and events. 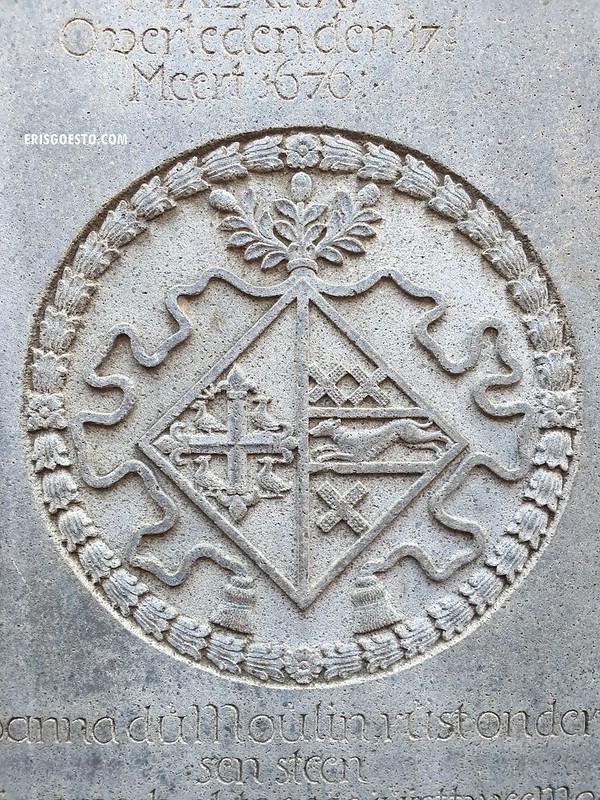 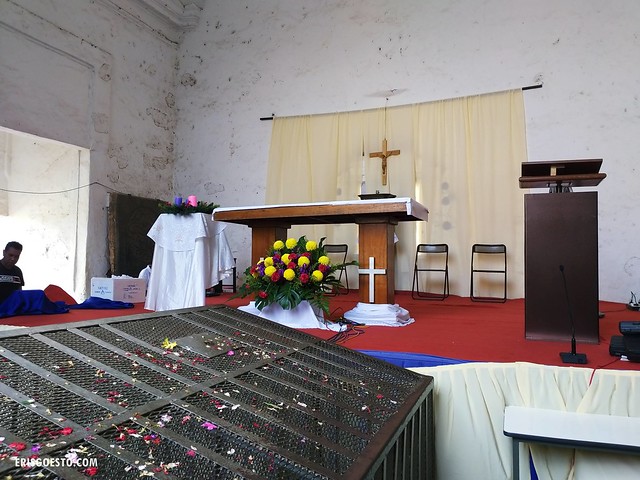 The stage was set up for a play later in the evening, while the open grave where St Francis Xavier’s body was once interred was littered with flower petals. 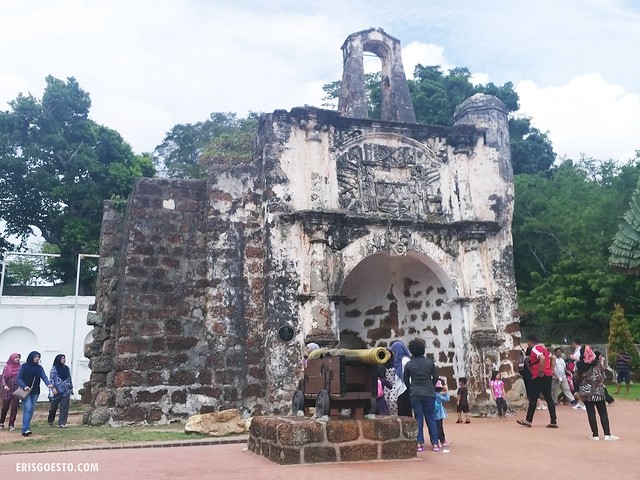 When the Portuguese invaded Melaka in 1511, they established their base at the hill (now St Paul’s Hill), built a fort around it, and called it “The Famous”. The Dutch continued to use it during their occupation, but when the British came, they destroyed almost all but this last gate called the Porta de Santiago. Visitors who visit the site today will find little more than a simple gate, its brick facade blackened and weathered. Over the archway is an inscription, Anno 1670, as well as the logo of the East India Company – both additions by the Dutch. While there isn’t much by way of sights, the historical significance itself makes this place worth a visit. It is, after all, the oldest surviving European remains in Southeast Asia. 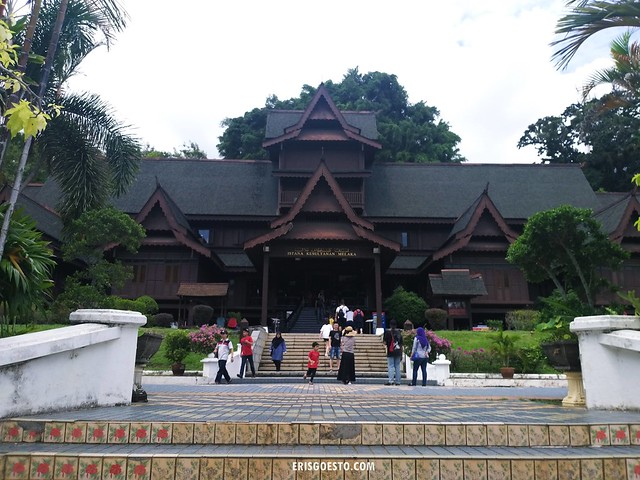 Just steps away from the Porta de Santiago is the Malacca Sultanate Palace Museum, a reconstruction of the old palace based on written accounts in the Sejarah Melayu, or Malay Annals. The old palace was said to have sat on the hill where St Paul’s Church is now located, but it was destroyed when Portuguese forces invaded. This modern version tries to stay as true as possible to descriptions from the Malay Annals, and was built with timber wood without the use of nails. 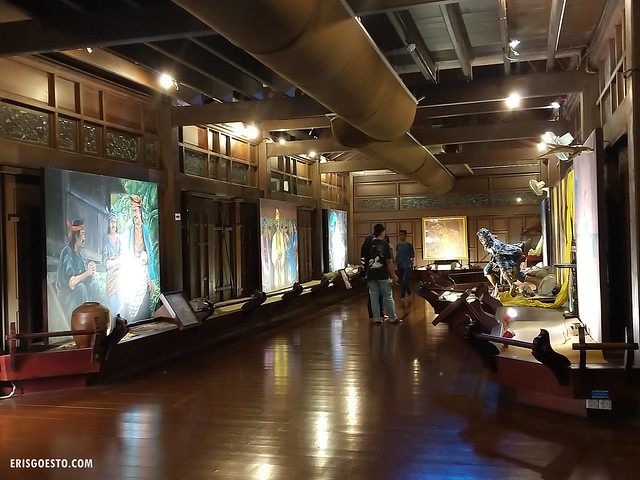 Inside, visitors will find various exhibits detailing the history of the sultanate, as well as cultural and historical artefacts. Only the main hall is air conditioned; it is very stuffy upstairs and at the outer verandah, so it’s best to visit at a cooler time of day. 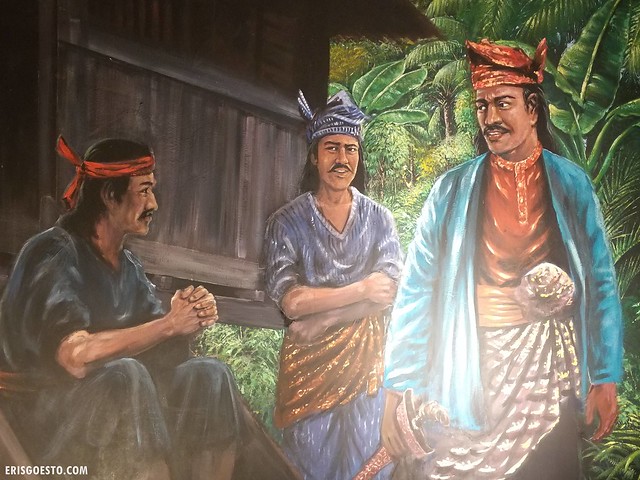 The story of Hang Tuah is told here through a series of paintings.

Hang Tuah is the OG of Malay warriors and features prominently throughout Malay legends and literature, although whether or not he truly existed remains highly debated. He was apparently highly skilled in the martial arts (silat) and was an extraordinary warrior, second to none.

One of the most famous tales is the one where some ministers of the court, jealous of Hang Tuah’s standing with the Sultan, spread slander and lies about him, to which the Sultan ordered him executed. The chief minister who was tasked with this knew that Hang Tuah was innocent and instead hid him in a cave. Hearing of unjust done to his childhood friend, Hang Jebat – who after Hang Tuah was the best fighter in the land – ran amok, seeking to avenge him. 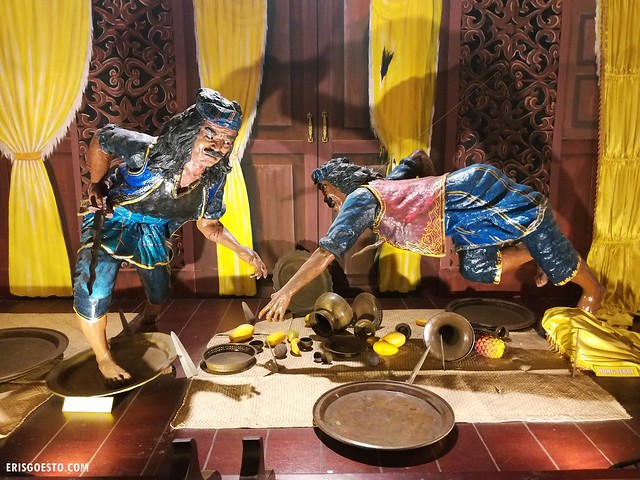 It was then that the Chief Minister revealed that Hang Tuah was in fact, alive – much to the relief of the Sultan. Jebat was happy that Hang Tuah was alive, but Hang Tuah berated his friend for rebelling against the Sultan. A fight ensued that lasted for seven days, and Tuah emerged the winner after killing his friend. He continued serving Melaka, going on numerous other adventures. Yes, a rather grim ending for Jebat who was only thinking of avenging a friend whom an unjust ruler wronged – but hey, loyalty to the Sultan was paramount to anything else back in the day, even childhood friends whom you grew up with. 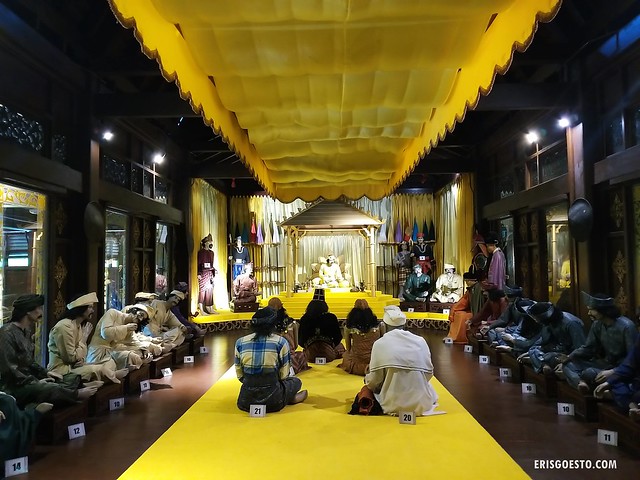 A diorama of the Balairong Seri, or the audience reception hall where the Sultan received political dignitaries, guests and his advisors. 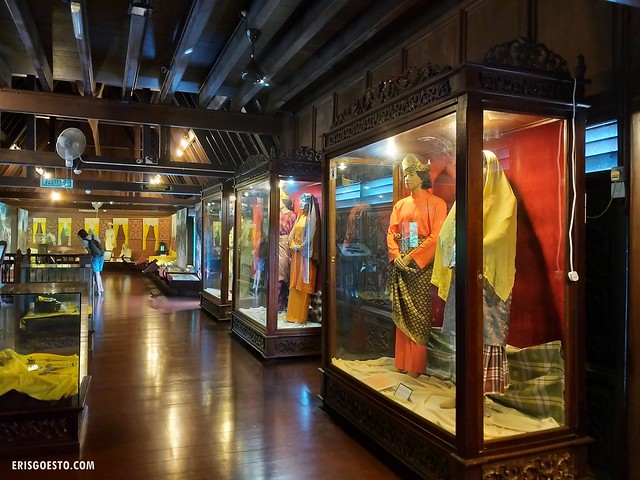 Costumes worn by the different classes in Malaccan society, including royalty, as well as accessories and jewellery such as hair pins, brooches, belts, etc. 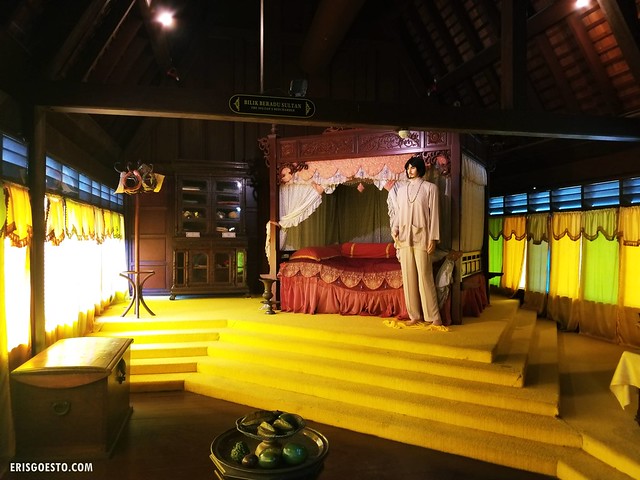 Another diorama, this one of the Sultan’s bedchamber.

The Melaka Sultanate Palace Museum is open daily from 9AM to 5PM. Entrance is RM3 for Malaysians and RM5 for foreigners. 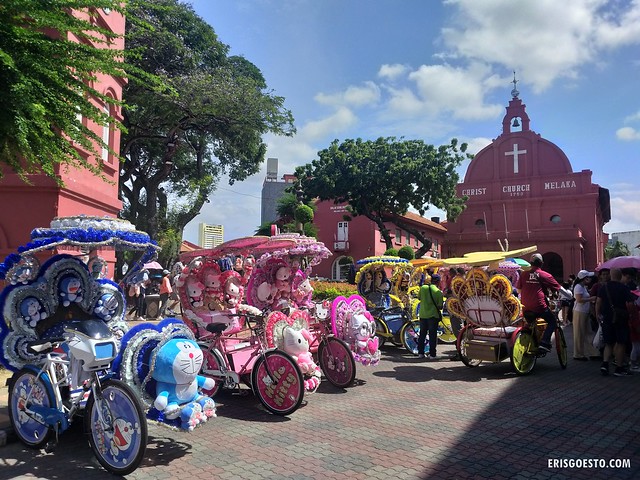 Last but not least, make your way to the Red Square, where you will find fire-red buildings which include a clocktower, the 18th century Dutch founded Christ Church, and the Stadthuys, which was once used as an administration building and residence for the Dutch Governor and now houses a museum of History and Ethnography. The square is a colourful place, filled with loud and gaudy-looking trishaws that blast techno music and are decorated with pop culture characters. Once the main mode of transportation around Melaka, you can now take a ride around town for a hefty RM25. 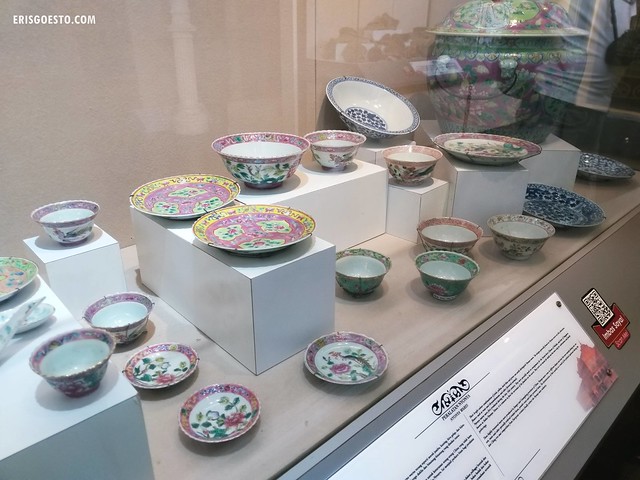 If the Melaka Sultanate Palace Museum detailed the history of the ancient Malay kingdom, the Stadthuys is more focused on the period between the landing of the Portuguese up until Japanese occupation in the days of World War II. Exhibits include a selection of weaponry, including swords, sabres, guns and armour, plus items from trade such as pottery, crystal glasses, silverware and the like. 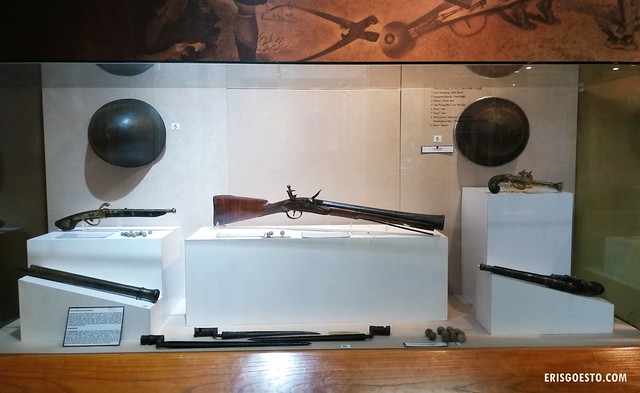 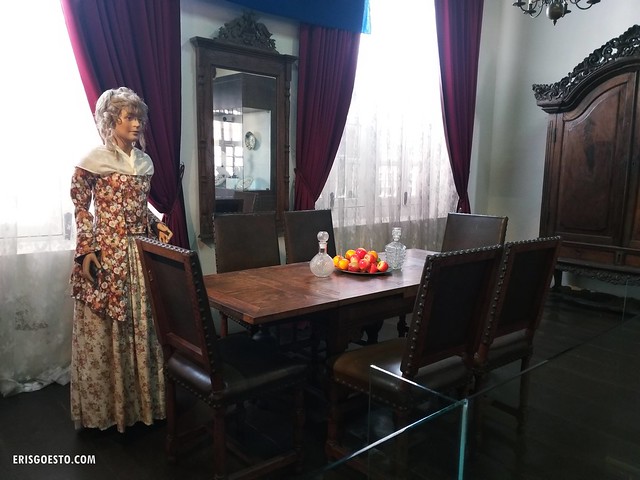 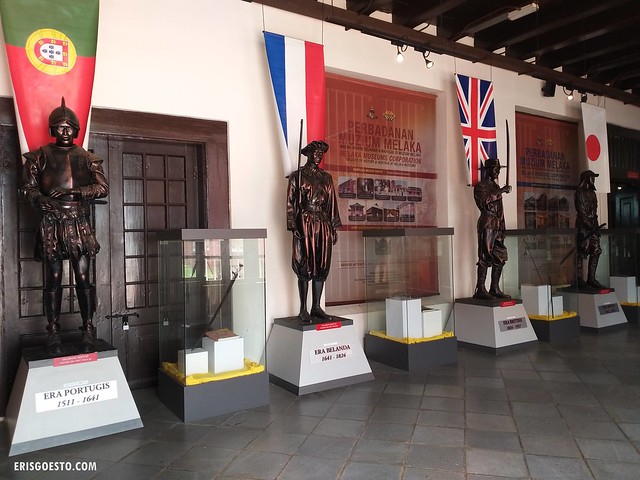 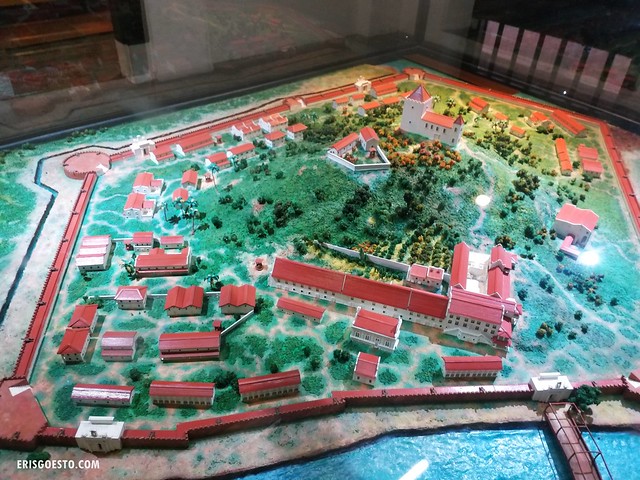 A diorama of Melaka during the Portuguese occupation. notice how the fort was still completely intact, surrounding the city. 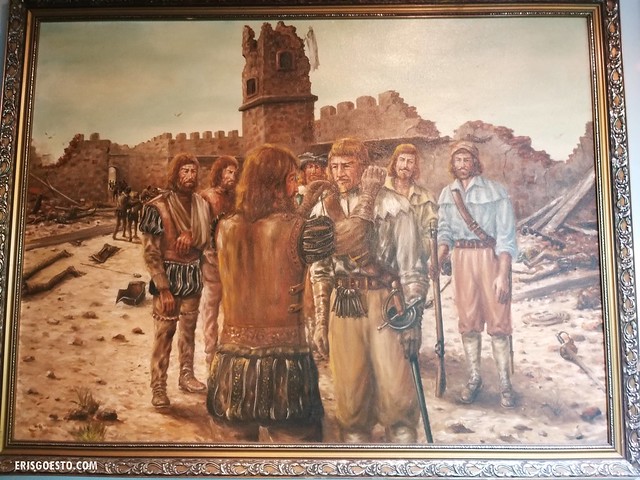 A painting depicting the captain of the Portuguese guard surrendering the keys to the city to the Dutch after the defeat of Portuguese forces. 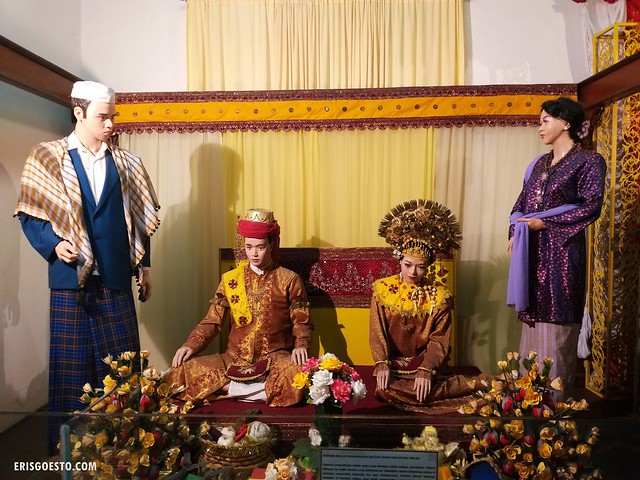 Aside from colonial history, the museum also houses exhibits on local culture and practices of the community. Pictured is a diorama of a traditional Malay-Melakan wedding. The bersanding ceremony, where the bride and groom sits on a raised dias, draws from Hindu cultural influences.

The Stadthuys is open from 9.30AM – 5.30PM daily. Entrance is RM5 for Malaysians and RM10 for foreigners.

If there’s one thing Melaka isn’t short of, it’s museums – although I can’t say they’re all impressive. If you like museum-hopping, also worth visiting is the Melaka Maritime Museum (housed in a replica of the Portuguese galleon Flor del Mar), the People’s Museum, the Stamp Museum and the Submarine Museum (housed in a decommissioned submarine by the coast), to name a few.

One thought on “4 Historical Spots To Visit While In Melaka”