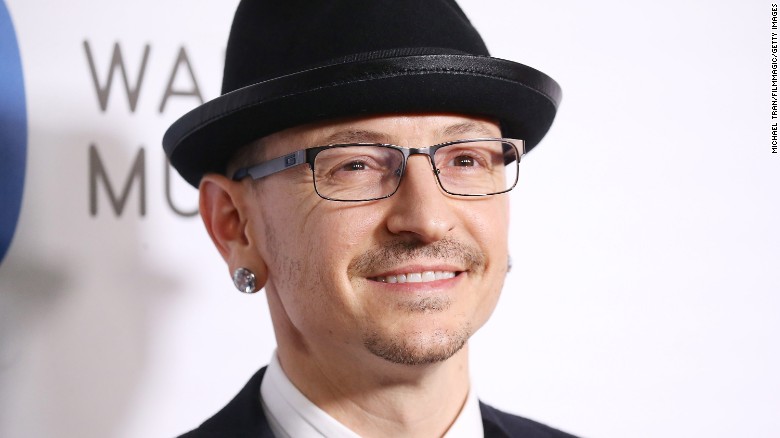 Woke up this morning and as usual, scrolled through my Facebook feed over breakfast.

My heart skipped a beat when I read the news. Chester Bennington, lead vocalist of my long-time favourite band Linkin Park, was found hanged in his home in Beverley Hills from an apparent suicide. He was only 41.

I don’t usually feel anything when I read news of celebrity deaths. I mean, sure, it’s sad that someone died, but isn’t that how life is?

LP was a big part of my teenage years (some would call them the ‘formative’ years). I remember my first LP song, Papercut, which I heard on a TV segment (back when MTV was still a thing) and fell haplessly in love with. It was unlike any music I had listened to before – raw feelings personified into melody. It spoke to the part of me that was lost and angry, as many of us would have felt as teens: misunderstood, feeling abandoned, unable to fit in, seeking acceptance and purpose. I was a huge fan of their early music. I saved what pocket money I got from school to buy a Walkman and my first Hybrid Theory casette, which I listened to constantly. I also had their Re-Animation and Meteora albums.

It wasn’t until much later, when I was old enough to actually research on his life, that I realised that all that angry/depressing music came from a very dark place. Chester was sexually abused as a child, physically bullied in school, and turned to drugs after his parents divorced. Even after gaining fame, he continued to struggle with alcohol and drugs, maybe even more so because of how the entertainment industry is.

Chester’s death has affected many among my generation, who grew up with LP’s music. My timeline was flooded with RIPs, and posts shared on how Chester and his unique voice has touched their lives.
Perhaps even saved some.

His death has also brought up discussion on mental health and how society reacts to it. There have been really ugly comments on how he is a ‘coward’ for leaving behind is wife and six children. Keyboard warriors, sitting behind the safety of a computer, calling a man who was depressed enough to take his own life a coward. Whatever his reasons may have been, one should not speak ill of the dead. It is disgusting to see the lack of empathy among some members of society. It just reinforces why some people with depression don’t want to speak up at all for fear of being judged.

But, as Chester puts it, in the end, it doesn’t really matter. He is, hopefully, in a better place now, beyond mockery, ridicule and unkind insults.

RIP, Chester Bennington. And thank you.

3 thoughts on “In The End – RIP Chester Bennington”