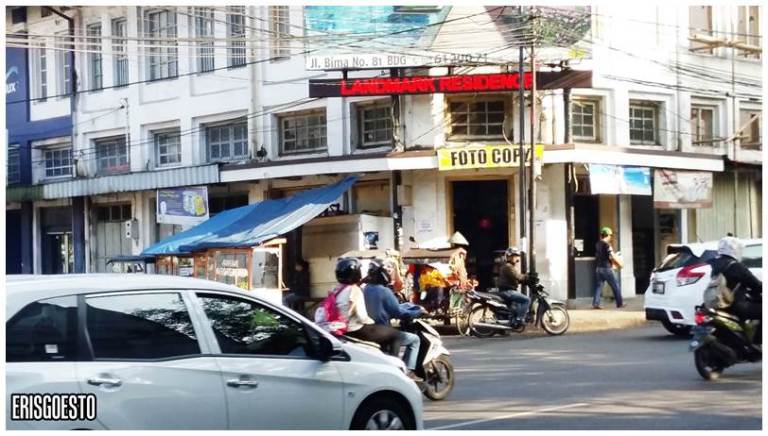 The city of Bandung comes alive as early as 5am, when the sun starts to peek over its gorgeous deep blue-green mountains and cast its rays onto the stirring metropolis. Bikes, cars and the local transport, angkut, putter on its roads, while some roadside stalls begin their day’s business. You’ll never go hungry in Bandung – there is cheap and tasty street food everywhere.

Eager to start the day, we met our guide and driver, Mr Yoga from Diaz Travelindo (great service, I highly recommend getting them if you’re in town!) and he brought us to a popular breakfast place called Sari-Sari.

Housed in a modest looking single-storey building, Sari-Sari sells hundreds of traditional Indonesian kueh, which are basically sweet or savoury snacks and desserts. Also popular in Malaysia ( but we call it kuih), they can be cookies, dumplings, cakes, biscuits, pastries, as well as other items which have no English word equivalent. 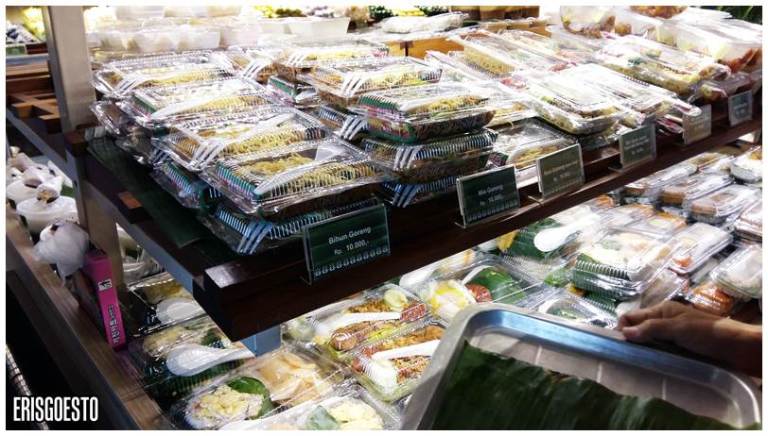 Aside from bite-sized snacks, they also have more substantial meals like fried bihun (vermicilli),  Nasi Lemak, mie goreng (fried noodles), and rice dishes, all conveniently packed in plastic containers and served on a leaf ‘plate’. 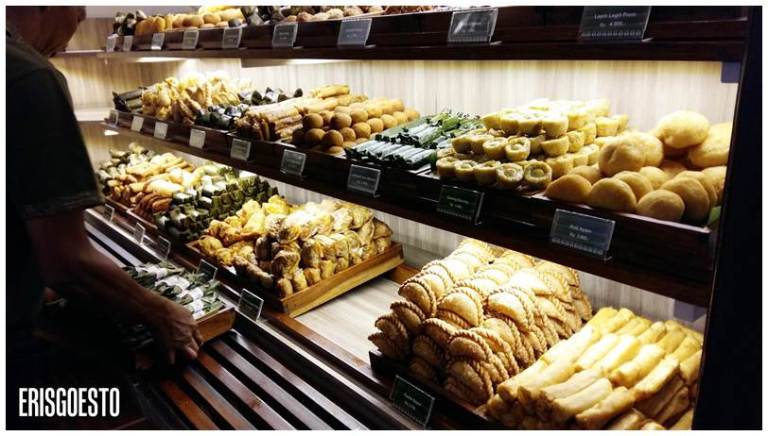 After picking the kueh, you bring them on a tray to the counter and pay. Seats are available for dine in, and there’s even complimentary tea (refillable). If you’re dining in, the staff will take your food, put them on plates and serve them to your table.

I had: chicken Katsu nuggets with rice. They came with a small plastic baggie of mayo and extra hot sambal. Nuggets were a bit dry, but the flavour was good.

Mom had chicken teriyaki rice with roast veggies. The sauce was, like our meal at RM Santosa the night before, very sweet. Maybe it’s the local taste.

Bro had the local specialty, Batagor, which looks like a wantan and is stuffed with fish meat before deep frying. There was peanut sauce to go over it. And yes, it was sweet. 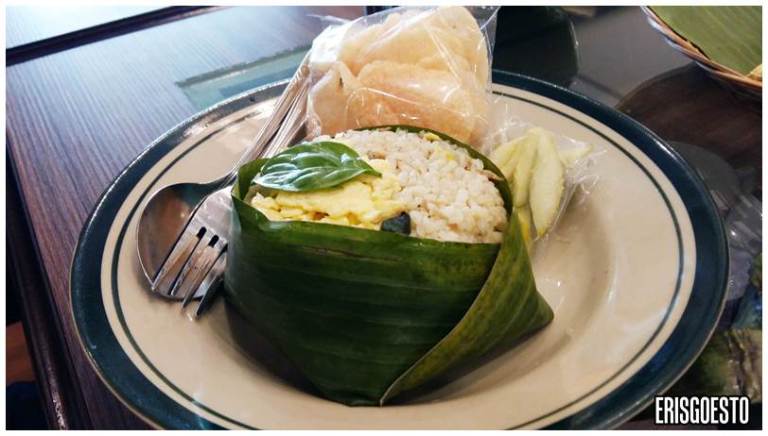 Dad had some egg fried rice wrapped in leaf, served with crispy crackers.

Other kueh that we tried. They were all pretty yummy, but I liked the circular one which tasted like coconut dodol.

For a cheap, but delicious and filling breakfast, don’t miss out on going to Sari-Sari! Since they have so many types, you can even go a few times and not get bored of the variety.