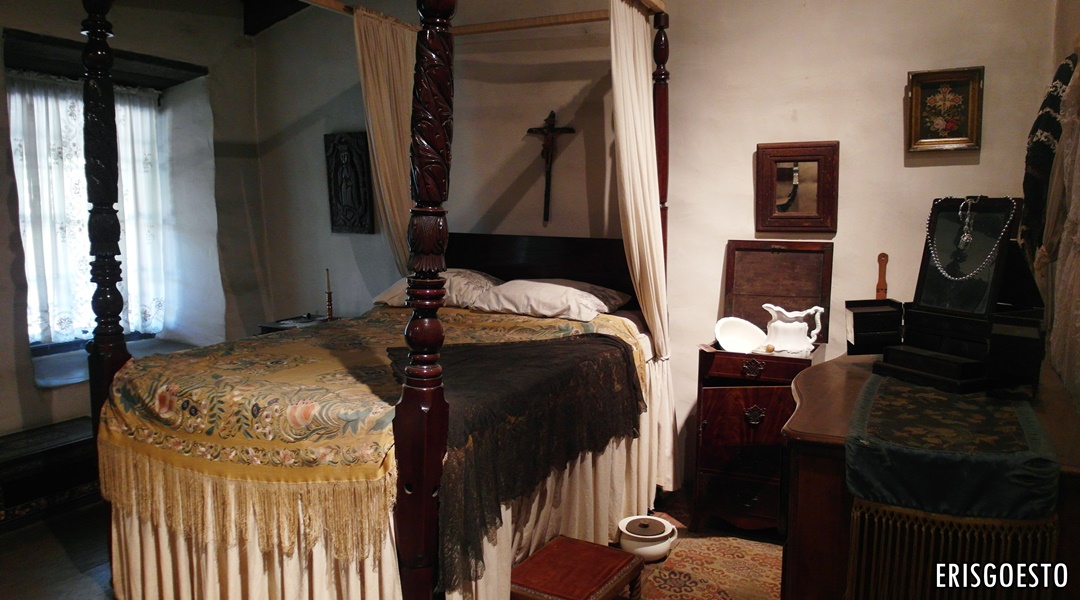 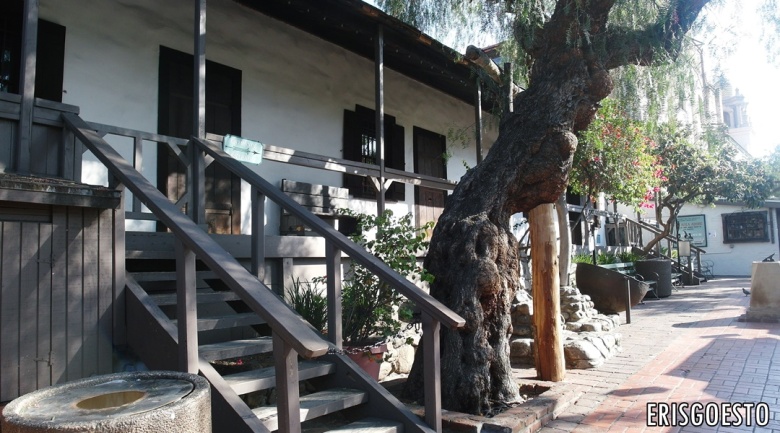 It’s easy to miss the entrance to the Avila Adobe while walking down Olvera Street in Downtown LA. The main door is closed and you can only enter through a tiny side door that is quite hidden from the main path. Go hunt for it though – it’s worth it. We’re talking about visiting the oldest existing house in Los Angeles! So much history waiting to be discovered. 🙂

Built in 1818 by a wealthy Mexican ranchero (ranch owner) called Francisco Avila, the building has a well-kept wooden and adobe brick facade.Although simple in appearance on the outside, it is actually well kept and spacious on the inside. 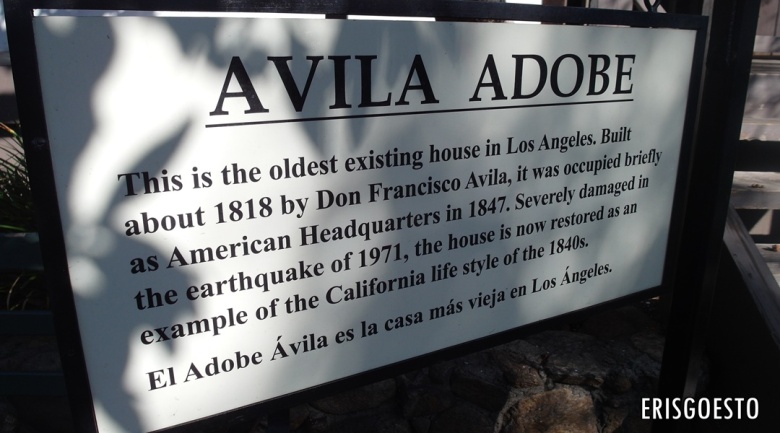 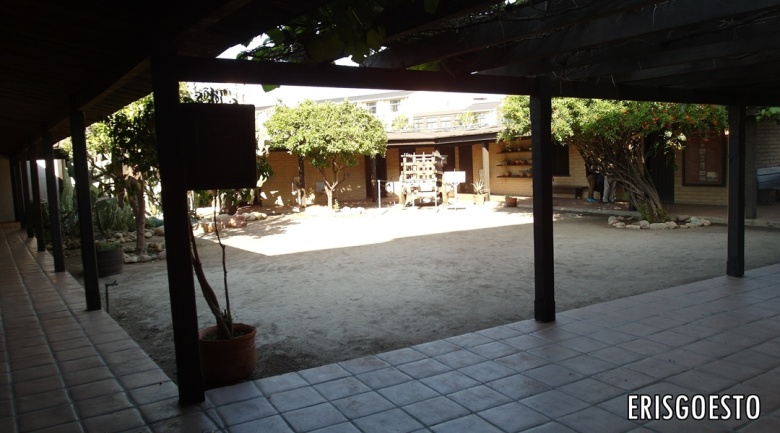 The walls are thick and sturdy-looking, as they were built from sun-baked adobe (mud) bricks. In California’s hot and dry weather, this was perfect and that’s why the building has lasted until today. Even so, the place we see now is not as it was back in the 18th century. The roof, for example, is slanted – while the original roof was flat, typical of Mexican architecture in the early days. The vineyard in the rear courtyard is also gone.

What we do see is a large courtyard in the center, surrounded by rooms. This structure is similar to traditional Chinese homes. 🙂 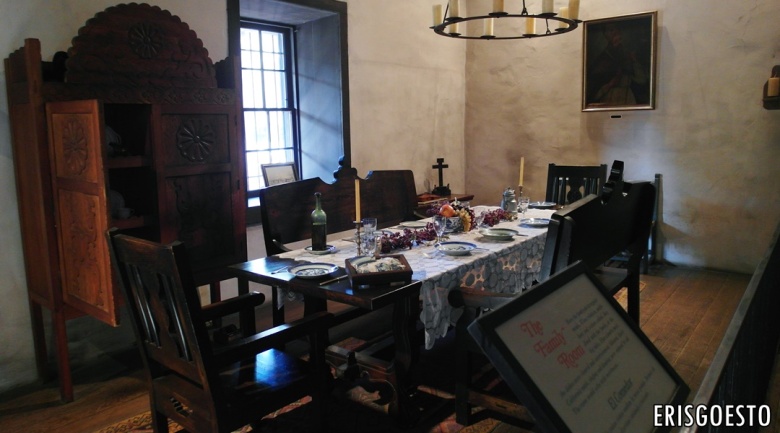 We went inside for a super quick peek, because it was near to closing time. The villa was divided into several rooms, including kitchen, bedroom, office, etc. There were heavy Catholic-Spanish influences, evidenced by the many cross figures and paintings of either Jesus or Mary hanging on the walls. The house was considered a very luxurious one for someone of their time and status.

After Avila’s death and the Mexican-American war,  Avila’s daughter and her husband moved in. By then, the house had already fallen into decay. They moved out and rented it to tenants, but a major earthquake in the 1870s destroyed much of the home. By 1928, LA county was raring to demolish the eyesore. Thanks to the efforts of Christine Sterling, an English woman, it was restored to its former glory in 1930. Olvera Street, which used to be a ‘skid row’ (aka ghetto area) also became a center of culture and a major tourist attraction. 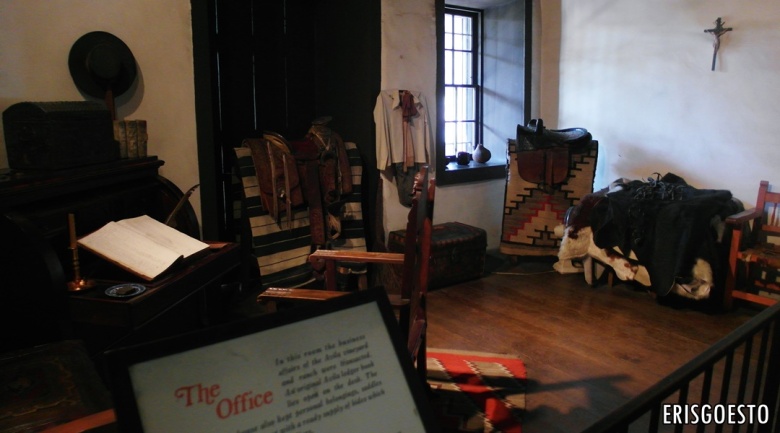 Rooms are recreated to give tourists a feel of how life was like in the house during its heyday. 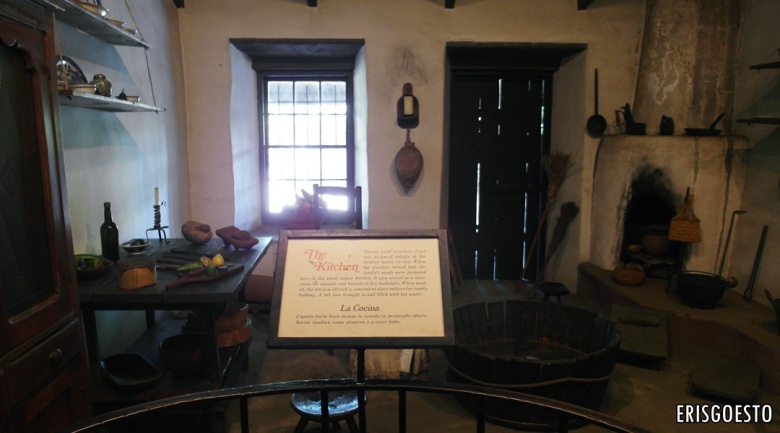 The kitchen, complete with its own cooking woodstove. 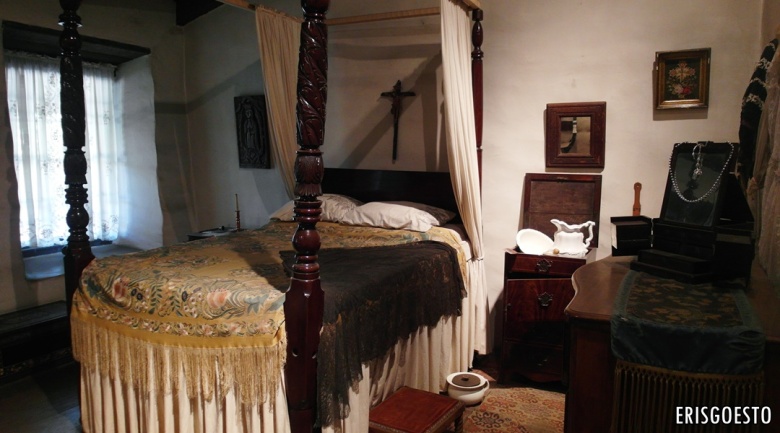 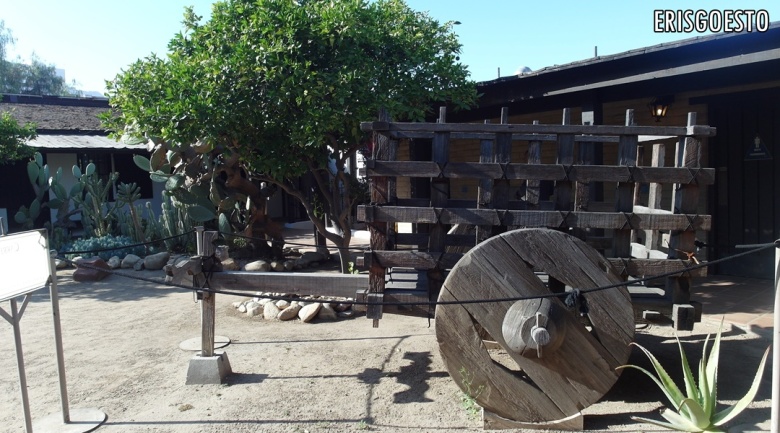 Replica of a wooden wagon, such as one that was used by ranchers in the olden days. 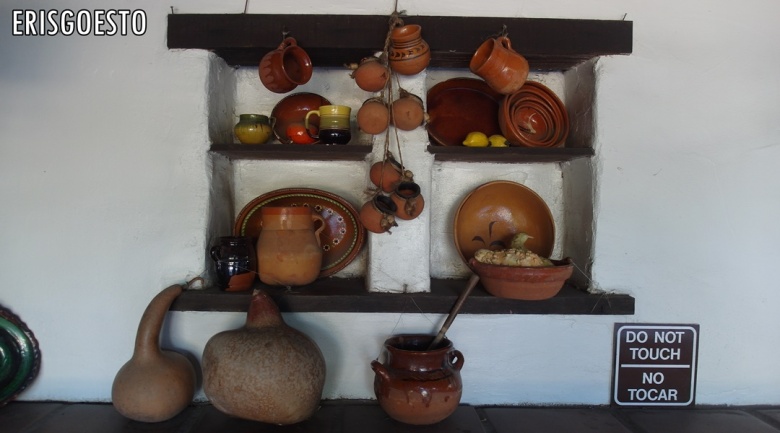 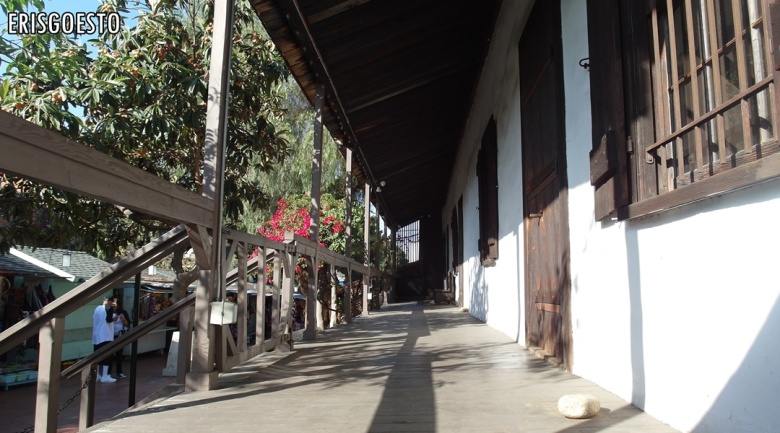