Hard Rock Cafe is well-known all over the world for it’s rock & roll-themed restaurants, and is a popular spot for tourists. It has become synonymous with pop culture, the glamorous life and travelling roadies. There are a total of 175 Hard Rock locations in 53 countries. In Malaysia there is Hard Rock KL and Hard Rock Penang. Despite living about 40 minutes from KL, it’s funny that I haven’t been to the one there.

I once heard someone saying that they’d like to take pix of themselves in front of every Hard Rock Cafe in the world… which sort of rubbed off on me. So far, I have had the honour of taking a pic outside Hard Rock Brussels in Belgium, and Hard Rock Bali along Kuta Beach. Let’s add to the repertoire… 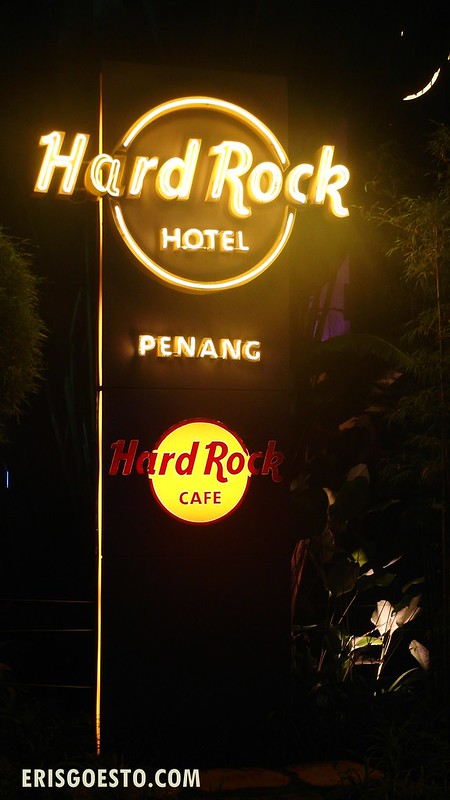 Hard Rock Penang! Located in the touristy area of Batu Feringghi. Boyfie and I came here after watching the sunset on the beach, grabbed a quick snack at a local food court and enjoyed an hour spa and massage session at one of the many parlours along the street.

Got there around 9pm. The place was packed with Western tourists. A small corner was dedicated to selling T-shirts and other rock paraphernalia, while faces of famous musical personalities adorned one side of the wall. There was also a long bar, while the tables had high stools. Music blared over the speakers.

Since the downstairs area was packed, we sat on the upper balcony, which was cosy although a little cramped.

The menu had awesome, funky sounding names under headings like ‘Rock the Wok’ and ‘Legendary Burgers’. 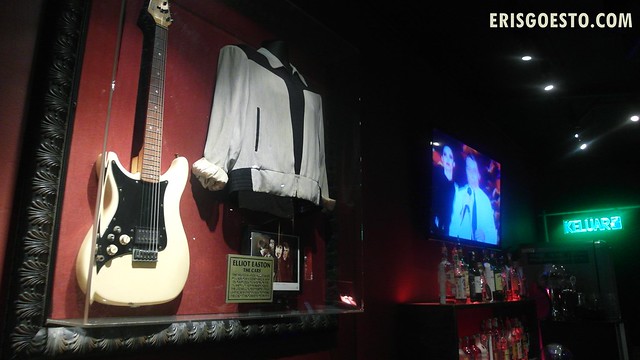 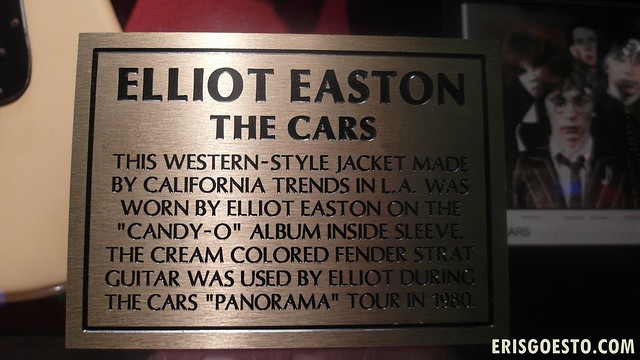 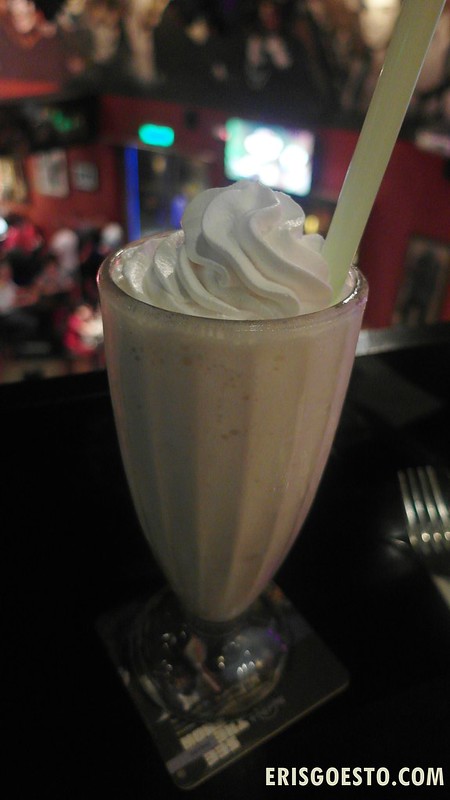 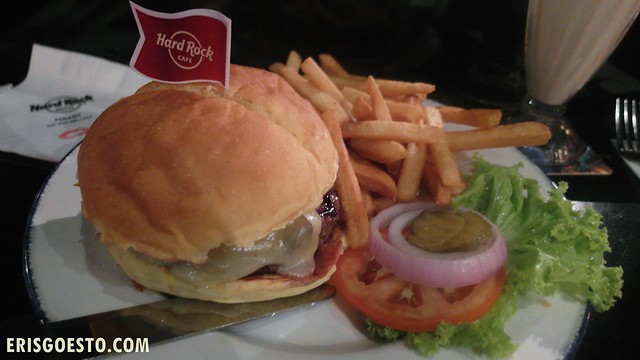 Felt ravenous by then, so I ordered the Mushroom and Swiss burger – smothered with sauteed mushrooms and topped with two slices of Swiss cheese – done medium rare.

The portion was huge, as befitting its hefty price tag. Two persons could share it and still be full. It came with fries and a salad, but the real star was the melty cheese, juicy mushrooms and done-to-perfection beef patty. 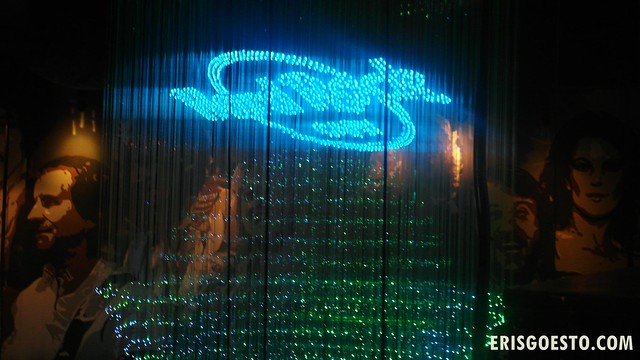 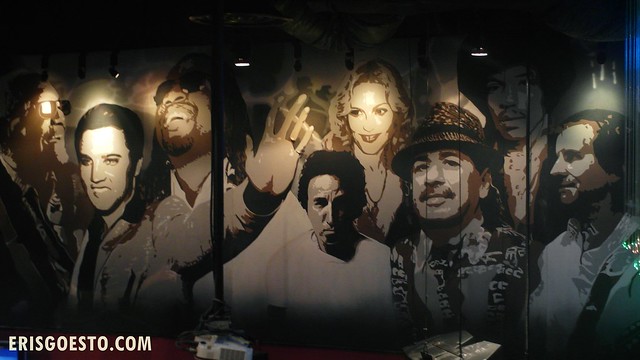 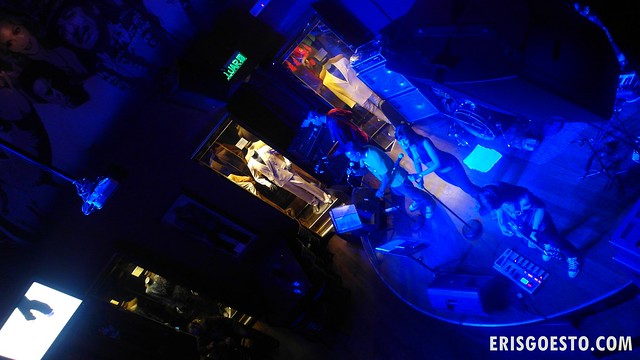 Live band performance for the night.