I love beaches. I like sitting on the sand and digging my toes in, feeling the salty sea breeze whip my hair and face, hearing the gentle lap of waves on the shore. There’s something fascinating about the wide open sea, don’t you think?

Being in Penang, which is an island, it would be funny not to visit the beach. One of the more popular ones is Batu Feringghi, also known as ‘Foreigner’s rock’. Although not as clean as some other beaches in Malaysia, it’s considered pretty picturesque by my standards. At least the water has some semblance of blue, unlike Port Dickson’s murky brown (in spite of that, tourists still go there in droves every weekend.)

We took a taxi from Gurney Drive, which cost us Rm20. The beach itself is located on higher ground (?) because we had to go up a winding hill to get to the place. Luxury hotels lined the beachfront, while outside on the street, massage parlours and little stalls selling fake designer goods were just setting up for the evening. 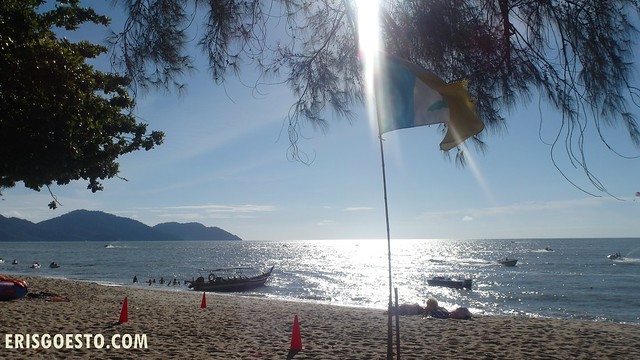 We weren’t expecting to swim, so we didn’t bring our bathing suits. 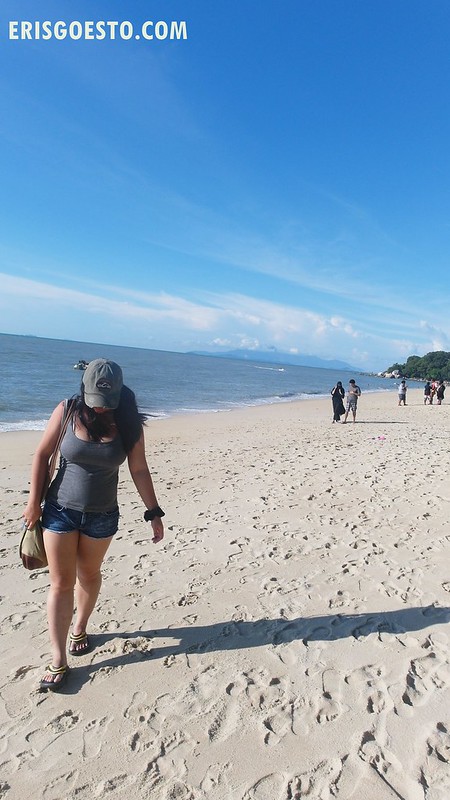 There were loads of watersports operators offering rides on jetskis and parasailing. A few makeshift huts were also set up for massages. Idk, I prefer my massages to be in private (okay that sounded wrong, but you get my drift) rather than out in the open with so many people watching all my fats being rolled around lol. 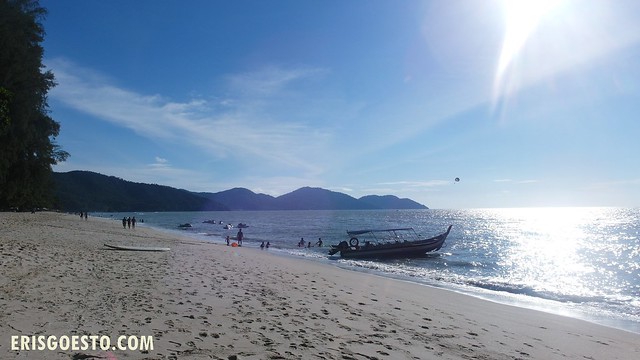 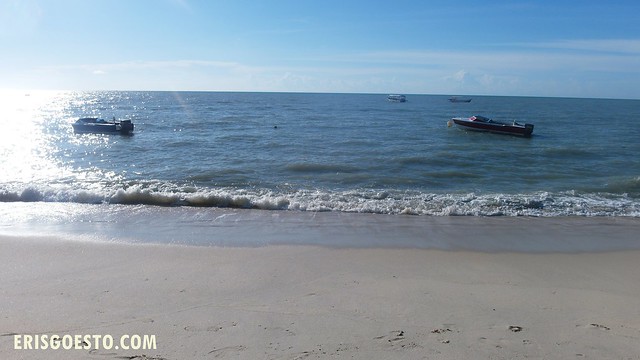 It was still really hot at 6pm. We walked along the shore, leaving a bunch of footprints behind us while the next wave washed them away. The water was cool and refreshing. Regretted not bringing a change of clothes. D: 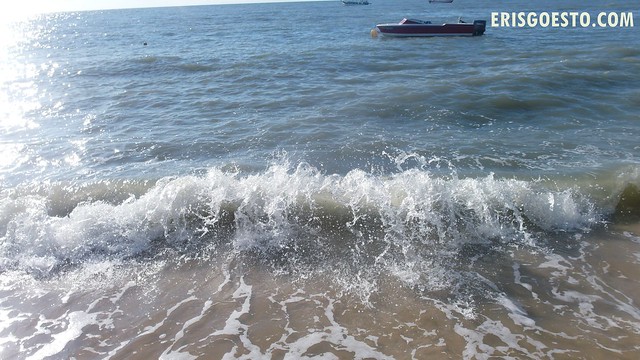 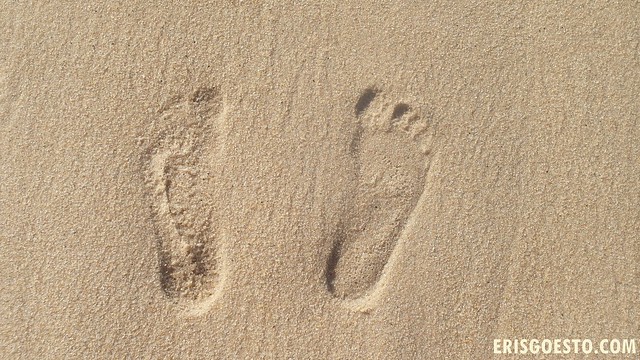 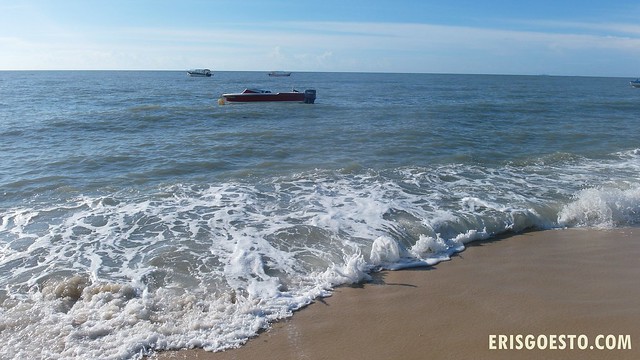 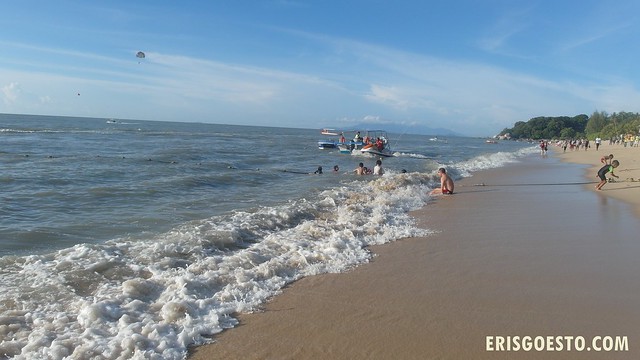 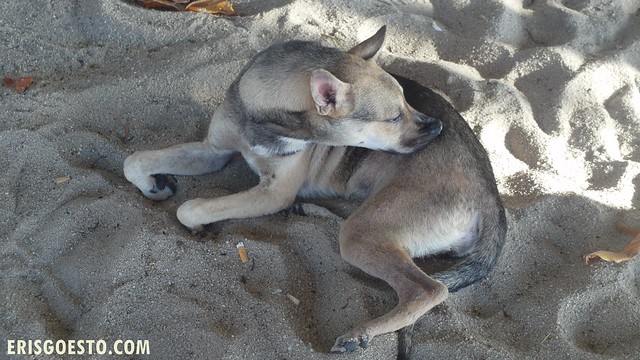 Doggie! Presumably belonging to one of the watersports operators there. The woman sitting under the hut called her Bobbie. Bobbie looked like a mongrel, but had the sweetest and gentlest eyes ever. Let us pat her on the head. 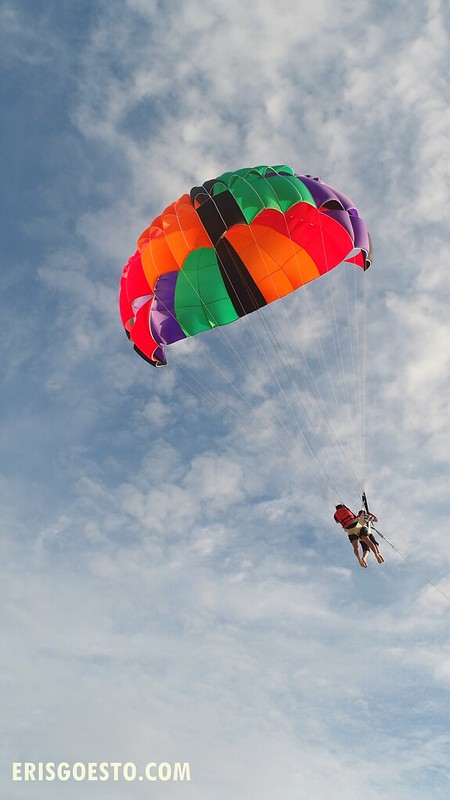 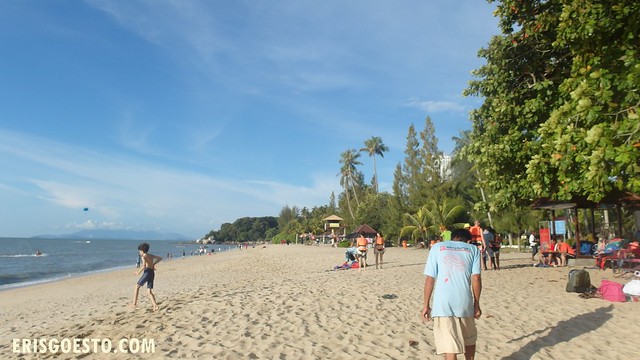 I haven’t been to the beach in a long time, so this was a welcome retreat!