Imagine living with the sea beneath your feet.

For hundreds of years, the people of the Clan jetties along Penang’s Weld Quay area have been doing so in their wooden houses on stilts. Built in the 19th century, the different generations of Chinese clans have lived and died in these homes. Separated by areas according to ‘clans’, villagers belong to the same family and have the same surnames. The five main clans at the jetties are Lim, Chew, Tan, Lee and Yeoh. Other immigrants stayed at the Chap Seh Keo (Mixed Surname Jetty). 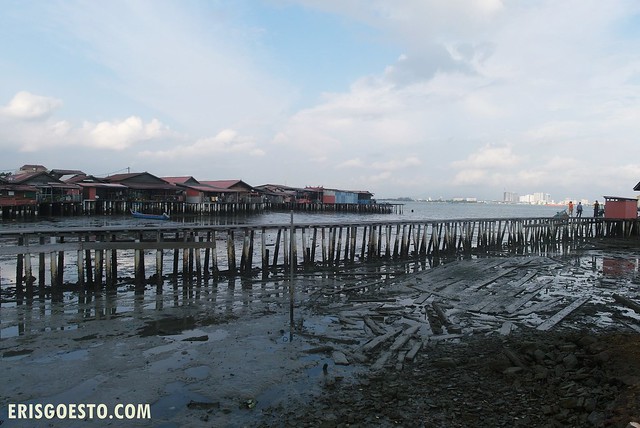 Elevated walkways are made from rickety wood and extend out to sea or among the houses, creating a network of small alleyways. Since they are so small, cars are not allowed and only bikes zoom up and down the wooden ‘roads’. 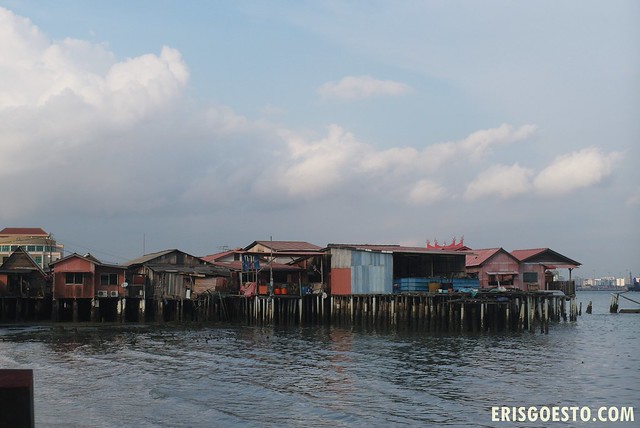 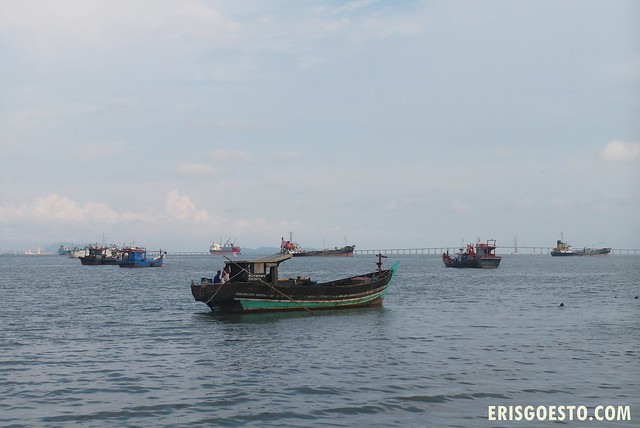 In the olden days, many villagers were seamen, catching and trading the produce from the sea. These days, younger generations have moved out for job opportunities in the city. 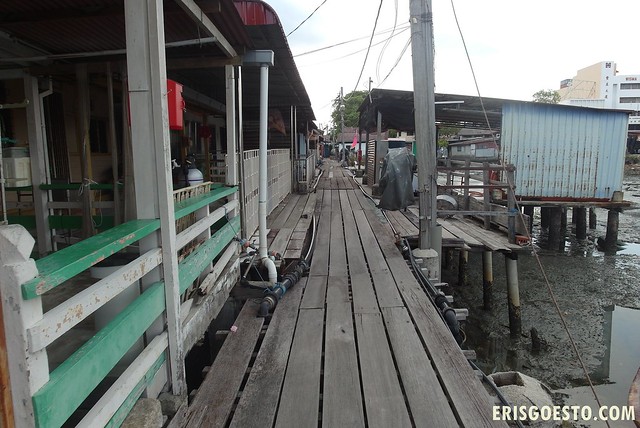 The houses are laid out on both sides of the alleyways. Some had been converted into storefronts selling food and drinks, or souvenirs. Old women and men sat chatting on the small front porches where kapcai bikes are parked, and children ran around freely. 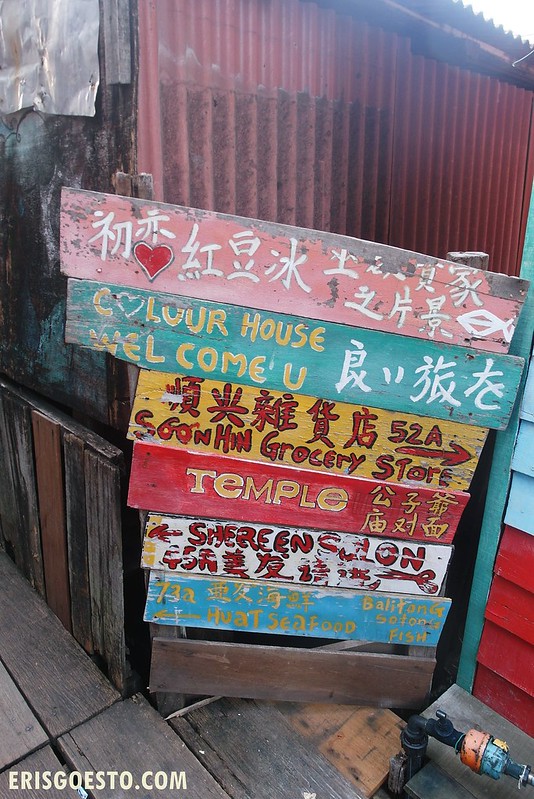 The ‘roads’ are sheltered by tarmacs or makeshift covering, making it shady and a cool respite from the blazing heat of Penang. Some houses were more ‘modern’ with cemented fronts, but most retained their traditional wooden structure. 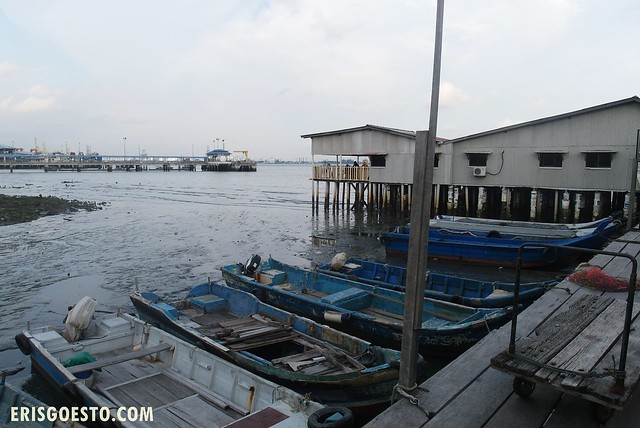 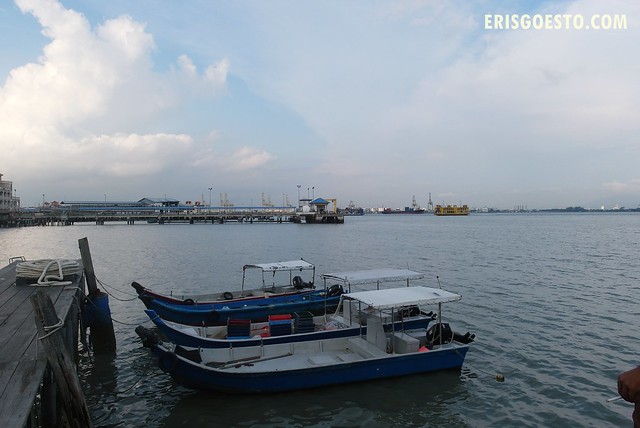 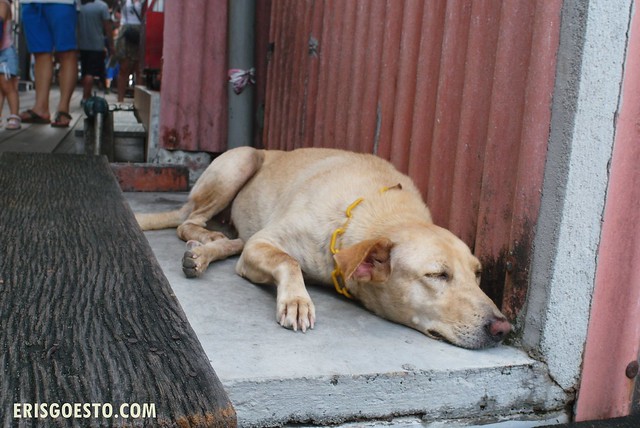 Clan Jetties is quite far from the rest of the attractions in Georgetown, but it’s definitely worth a visit. I mean, being a city girl, it was strange and fascinating to see their way of life, and I think it would be even more so for someone from a foreign country. 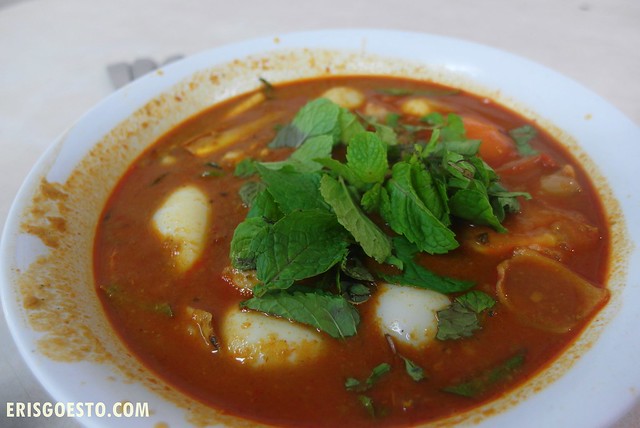 We were famished after a whole day’s worth of walking, so we stopped by a random road side daichow (hawker) for dinner. Since we were at the quay, we ordered seafood. (Above) curry squid. Chinese curry isn’t creamy like Malay or Indian versions. This was savoury and sour, much more like Thai tom yum goong, thanks to the generous portion of tomatoes. The squid was fresh and springy, and cut into nice bite-sized portions for convenience. 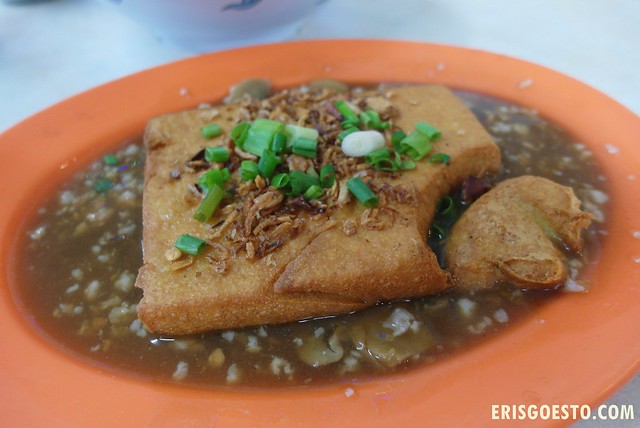 House signature tofu, which was deep fried and drizzled over with a brown sauce of minced pork and mushrooms. The salty sauce was great to go with rice, and the tofu was crispy on the outside and eggy on the inside. 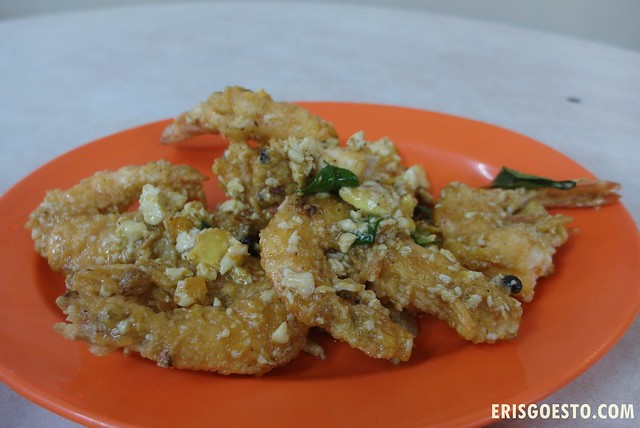 My favourite? Salted egg prawns. The creamy, savoury egg yolk coated the shrimp perfectly. The shrimps were big and the best part was sucking out the roe from the head. Omg I’m salivating just recalling it, lol.

More of Penang to come!