“You haven’t been to Penang until you’ve been to Penang Hill.” – That is the tagline for Bukit Bendera, or Penang Hill, the highest point on the island and one of the must-visit tourist places here. Situated about 6km from George Town in the district of Air Itam, the Hill is accessible via funicular train. Officially opened as an attraction in 1923, the place was a resort for wealthy merchants and English lords in the 1800s and early 1900s, when Malaya was under British rule. 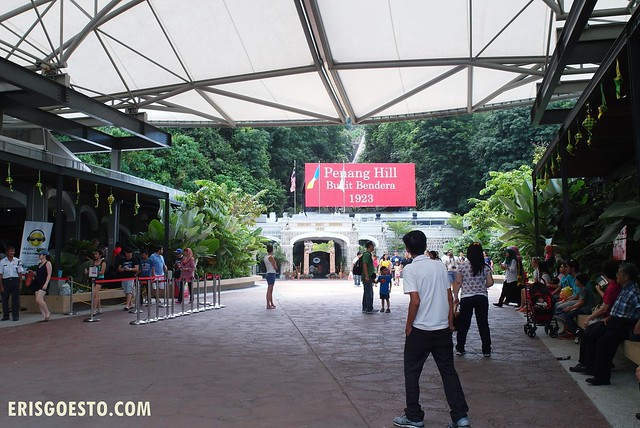 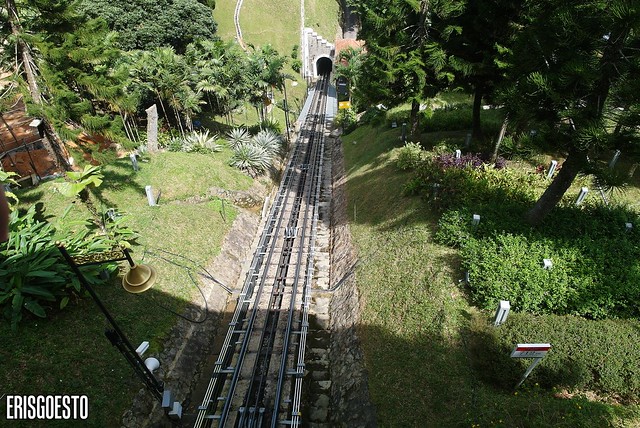 Back in the day, servants had to carry people up on sedan chairs. In 1906, construction of a railway began and was completed in 1923. Since then, the trains have underwent several changes. The last time I was here, they were still using some old models so it was stuffy and hot. Now the service is fast and efficient, although the wait can be long due to large number of visitors. 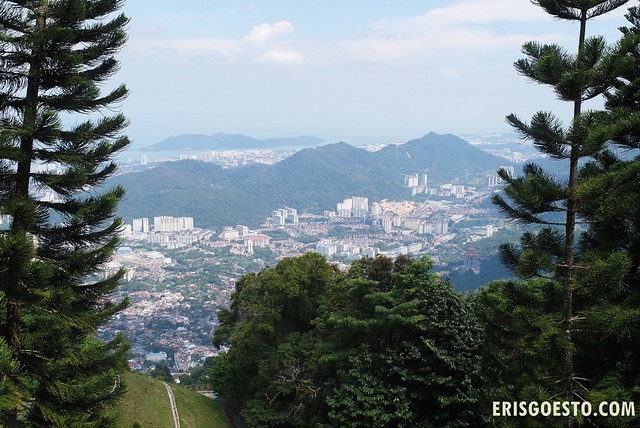 The ride took about 10-15 minutes up a steep slope. The attractions are located about 800m above sea level, but it’s still pretty hot at the top (Northern states in Malaysia tend to be hotter because they are closer to the equator). The view was beautiful as we could see the city as well as the hills and surrounding sea. 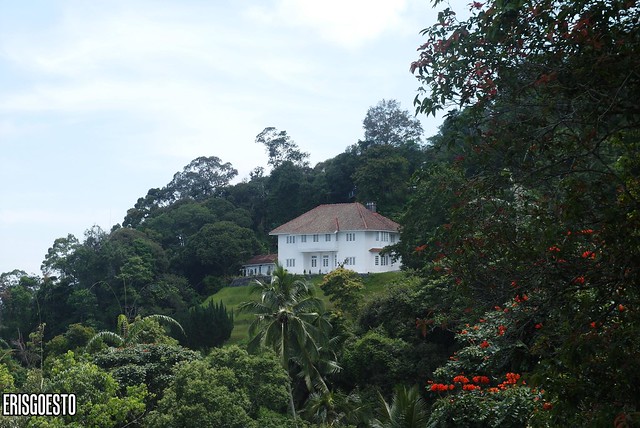 There are several resorts and bungalows here, some dating back to colonial times. 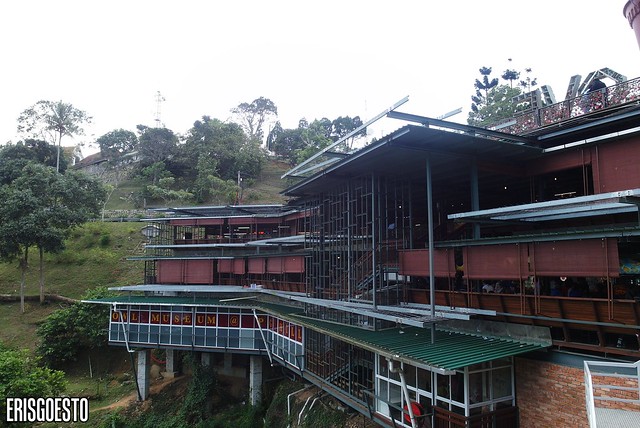 Something that wasn’t here when I visited 10 years ago is this elevated walkway and triple-decked food court/attraction center built on one side of the hill. 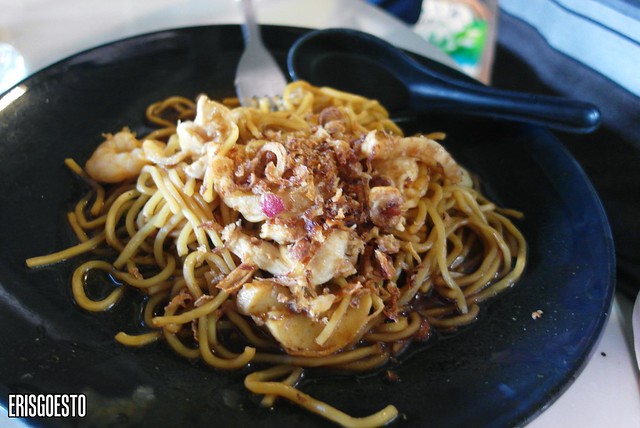 It was lunch time, so food. I had char kuey teow (wok-fried glass noodles, a specialty of Penang) and E had normal yellow noodles. Price is RM6 per plate, which is similar to KL. 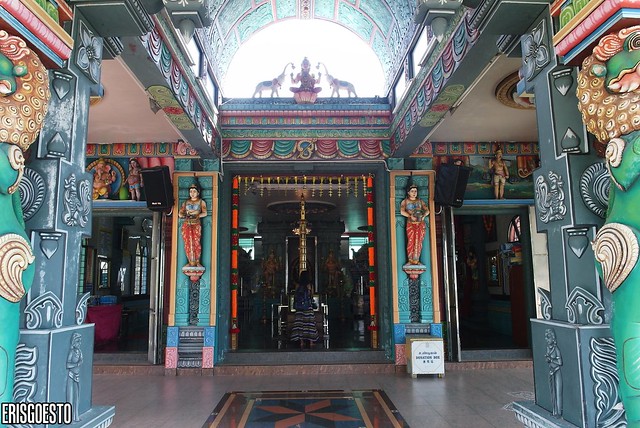 There are lots of different sections in Penang Hill, like gardens which you need to pay for entry. At the centre are different places of worship, including an Indian temple and a mosque. Now that’s what I call religious harmony! 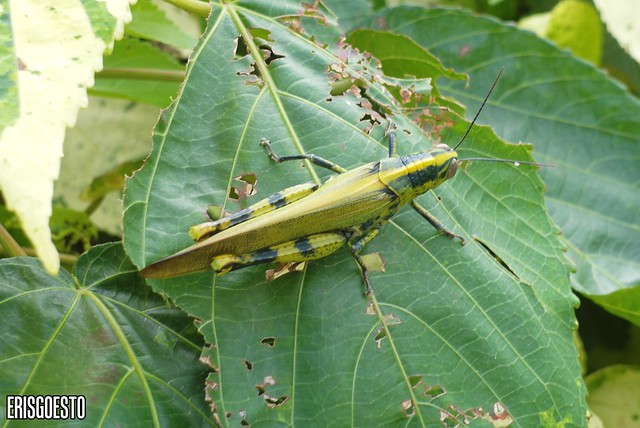 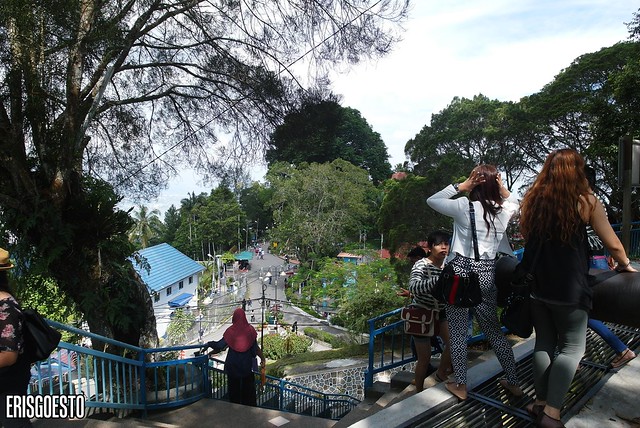 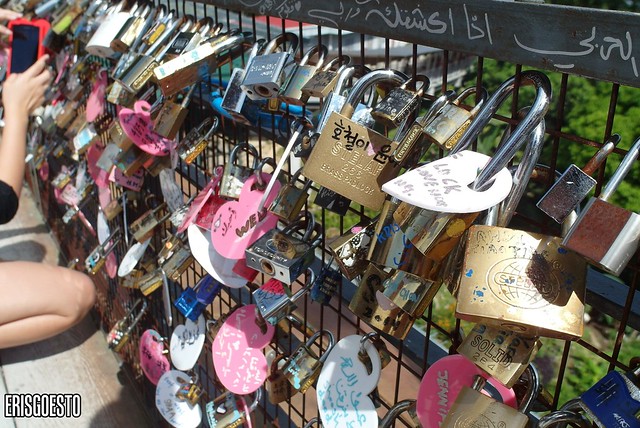 Emulating a popular bridge in Paris, visitors can put ‘love locks’ on a fence. They sell them there for exorbitant prices, because everyone would jump on the novelty of it and who would have brought locks up to the hill anyway? 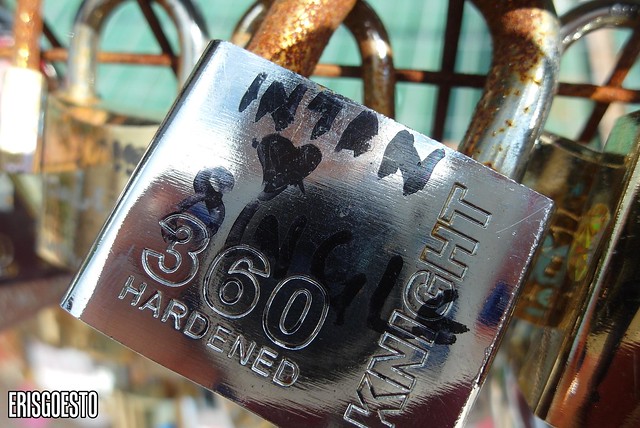 I love Intan’s humour. I hope the next time she comes, she would have someone to write their names together. 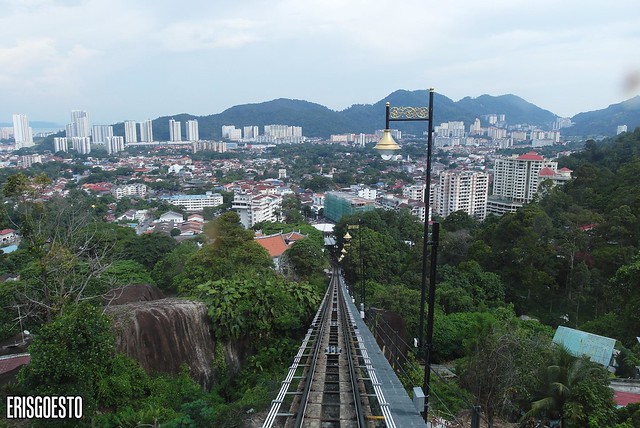