The annual Floria Putrajaya event has become a signature event in the administrative capital of Putrajaya, Malaysia for the past seven years. This time around it’s a bit different, because…. Floria has officially become a permanent fixture! 🙂 They also received a ‘royal’ status from the Sultan, kind of like the Royal Camden Flower show in London. The nine day flower and garden show was held at the  Lakeside of Precinct 4 two weeks ago. Weather was extremely hot, so the next time around you should bring umbrellas, sunscreen, shades and a hat. 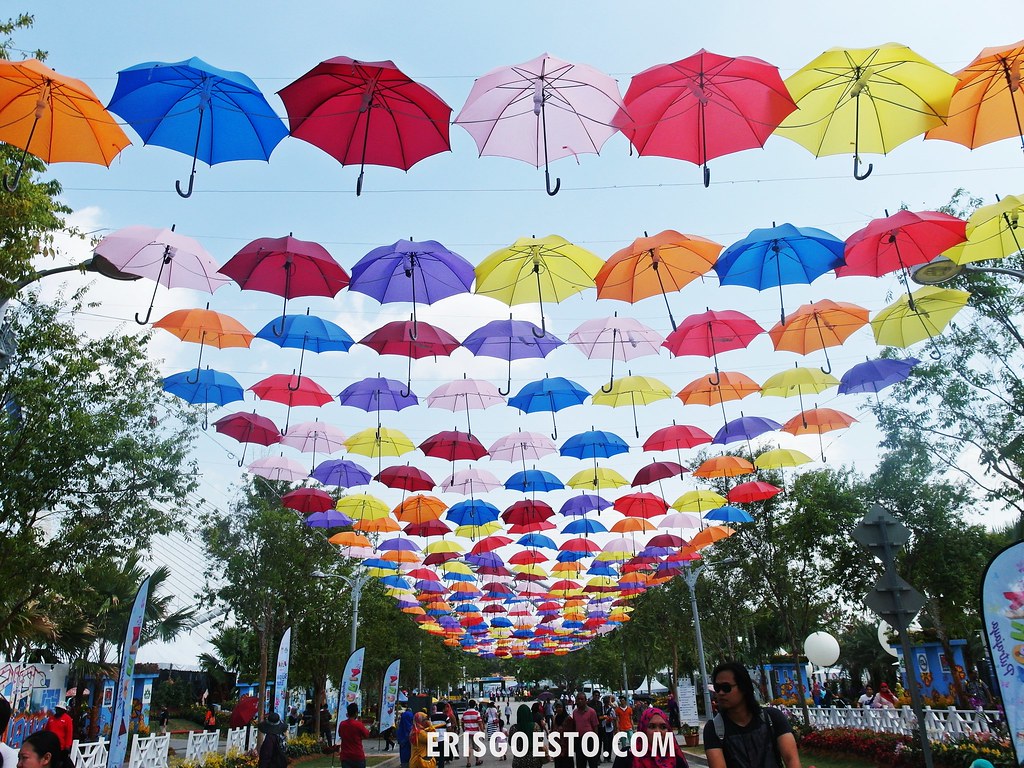 The hundreds of colourful umbrellas at the entrance were for show only.. they didn’t give any shade at all. It was a scene for hipsters to show off their photos on Facebook and Instagram. I jumped on the bandwagon as well. 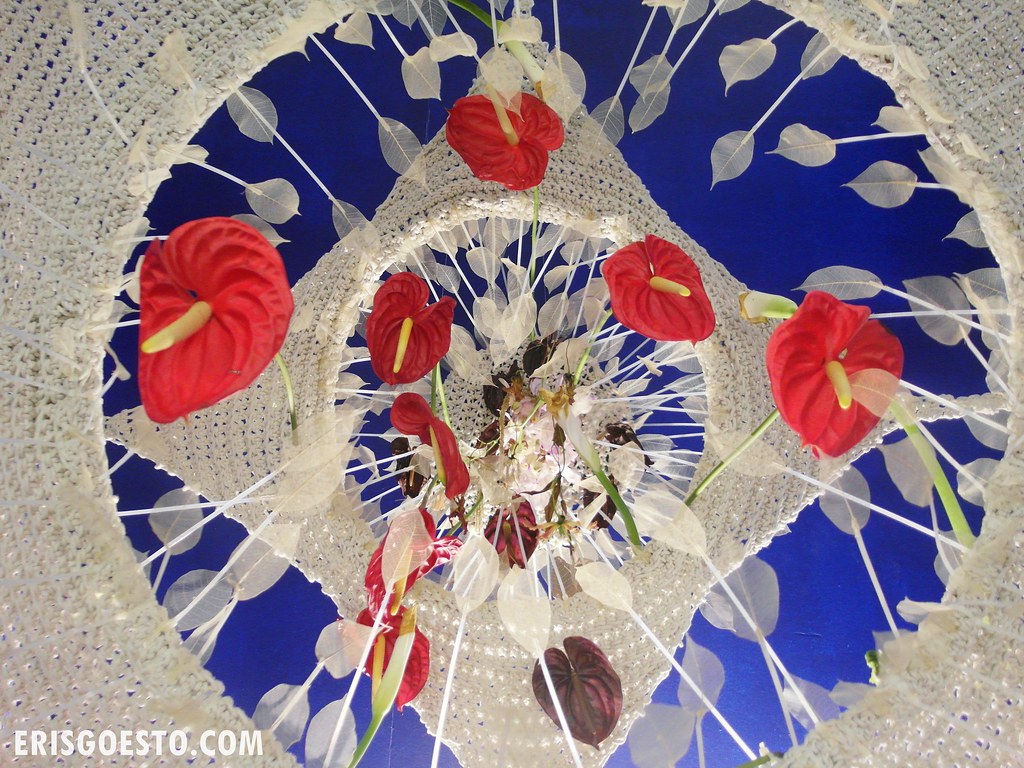 I made a beeline for the air conditioned sanctuary of the indoor pavilion, a large tent housing creative entries by flower/garden designers from all over the world. Here are some entries!  All arrangements are made using real flowers. 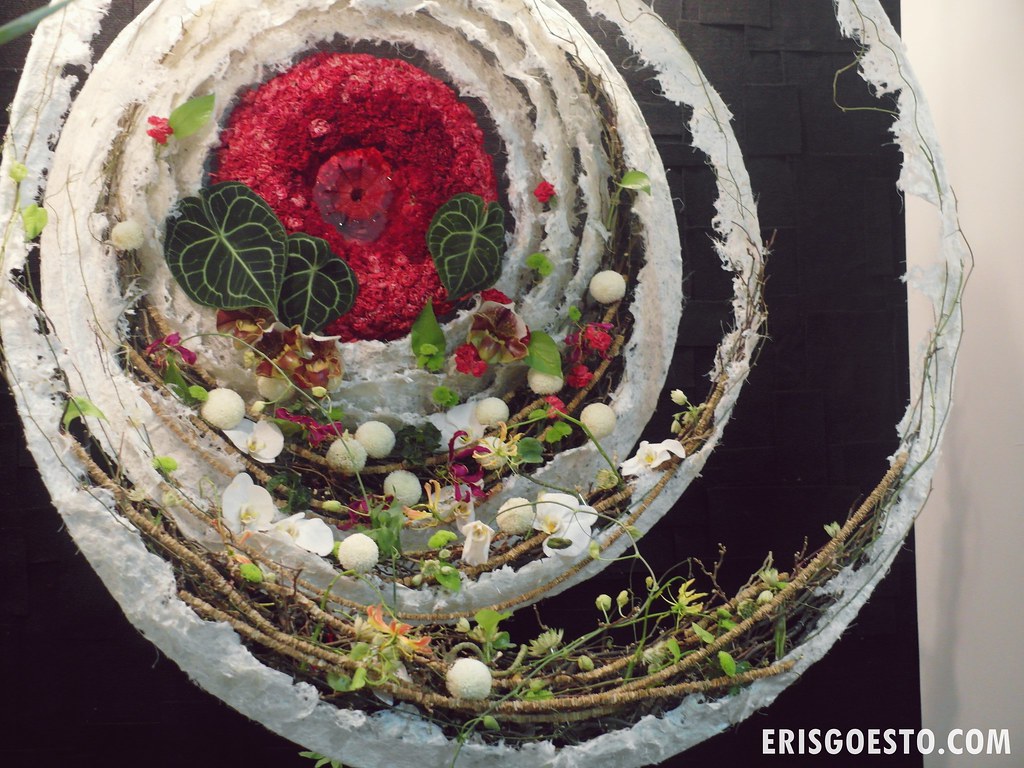 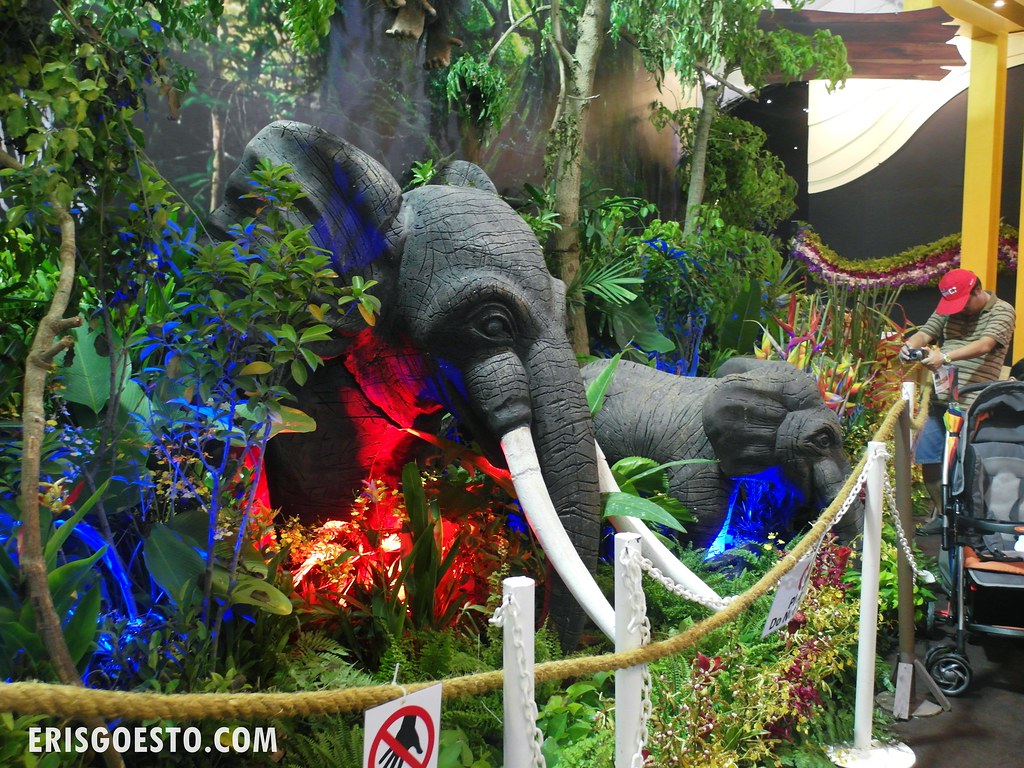 A ‘zoo’ section complete with animal props, such as elephants, monkeys and even a tiger decorated with yellow and orange orchids.

After lounging around the air conditioned tent for a bit, I walked out into the sweltering heat and immediately started sweating, even though I was dressed in a breezy T-shirt. I couldn’t understand how some families could bring their babies out in strollers in the afternoon sun, wtf. Even I almost got a heatstroke at the end of the day, imagine how those little kids would feel. 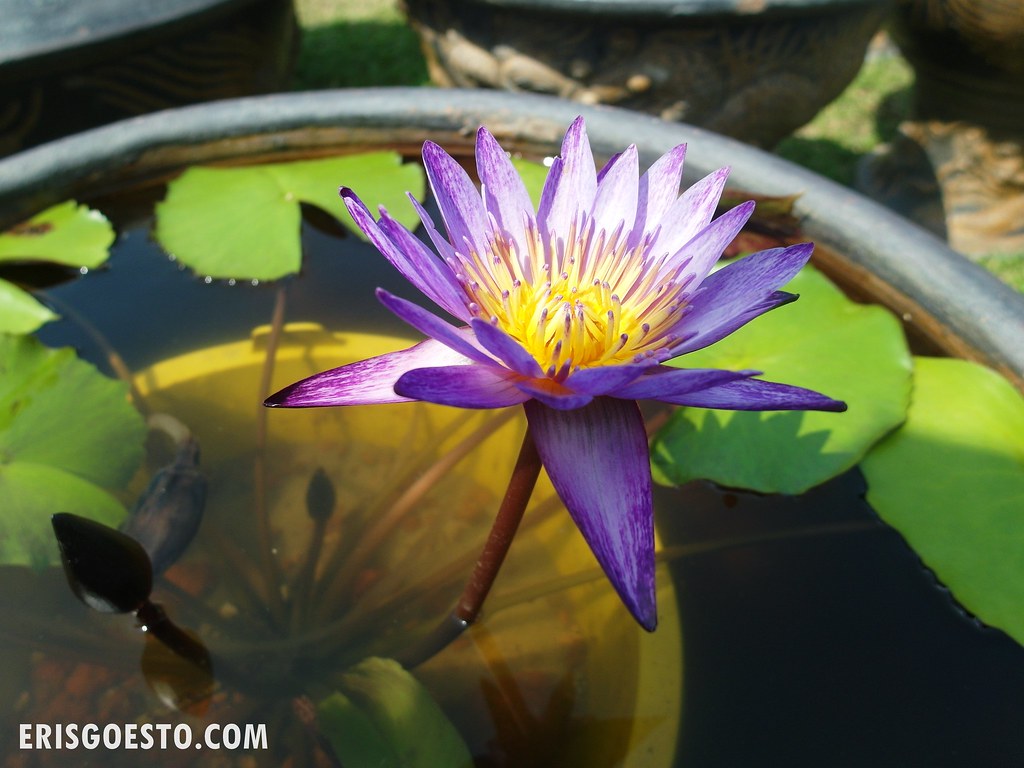 The area was split into many different sections, often landscaped around a theme. This area had beautiful water lilies in various shades of pink and purple, floating in small pools of water. They were among the only plants that still seemed fresh and thrived in the scorching sun.. other displays were slightly wilted. 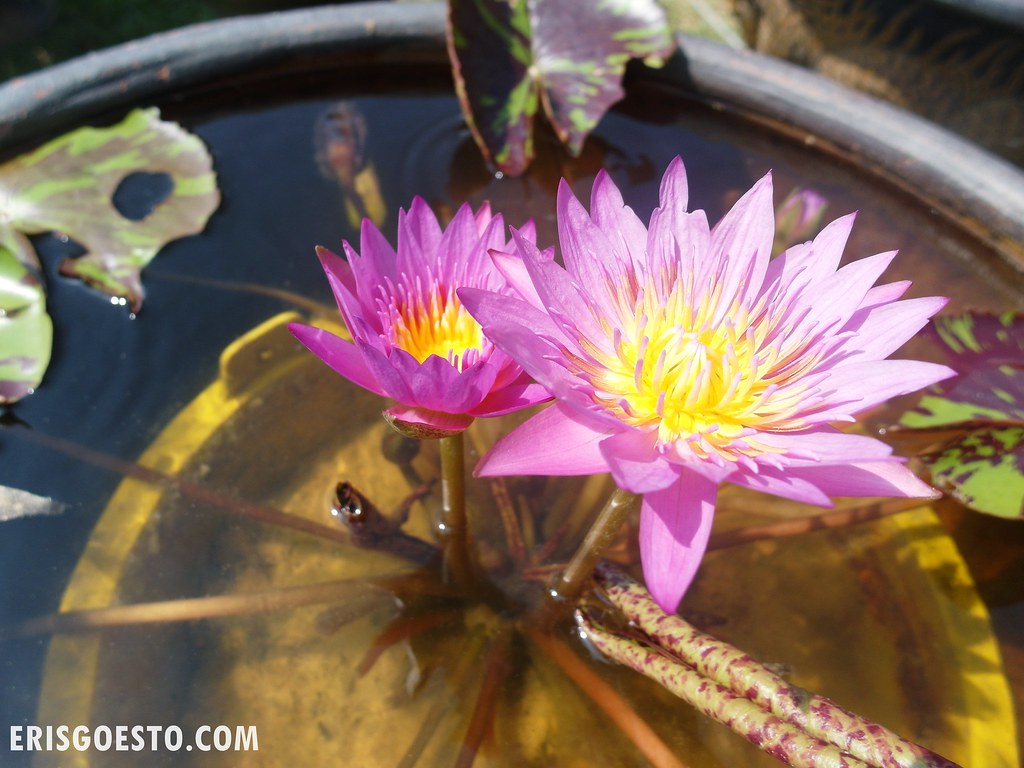 It’s not a bad idea to have a flower and garden show, but with Malaysia’s hot weather, one has to wonder if it is appropriate.  It’s probably best to go at night when it’s cooler, but everyone else would think the same so it would be crowded. 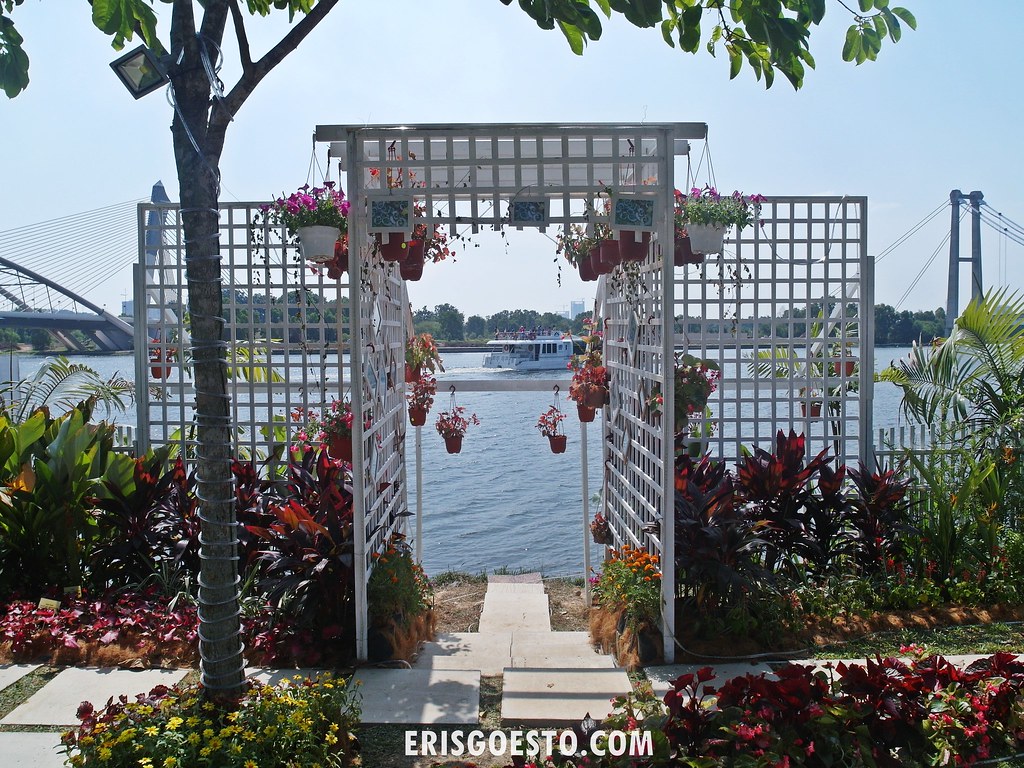 The nice garden displays were all by the lake. This one had an English garden feel, with white picket-like structures and potted plants hanging from them. Boats packed with visitors cruised down the man-made Putrajaya lake. 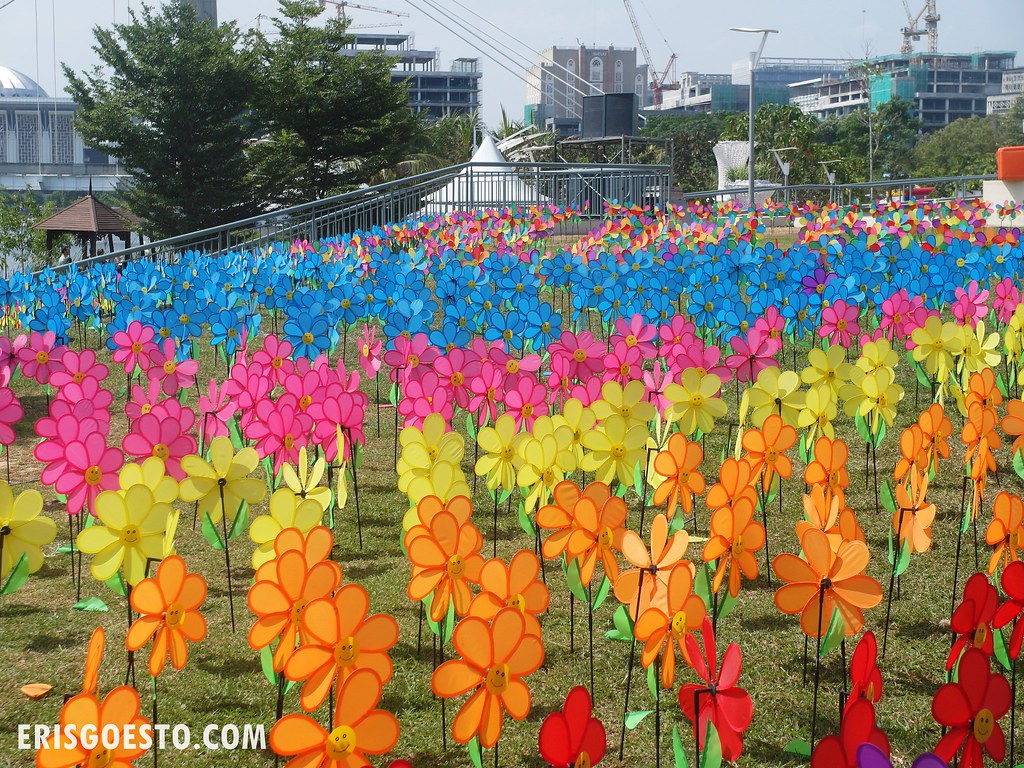 There was a sea of colourful fans that spun in the wind, creating a nice ripple effect. From the pix, it was hard to tell it was in Malaysia – felt like a field in Taiwan or something. Kudos to the organisers, they did a really good job at the exhibits this year ! Well worth the small entry price of RM3. 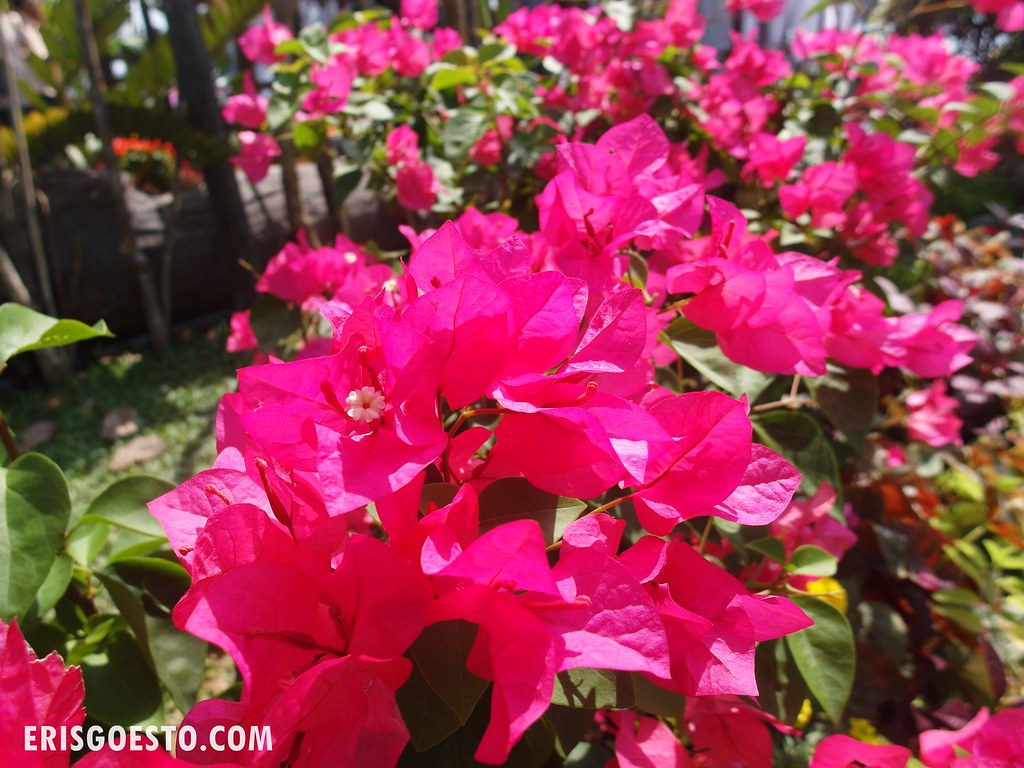 Bougainvilleas (omg I managed to spell that without fking up lol.) 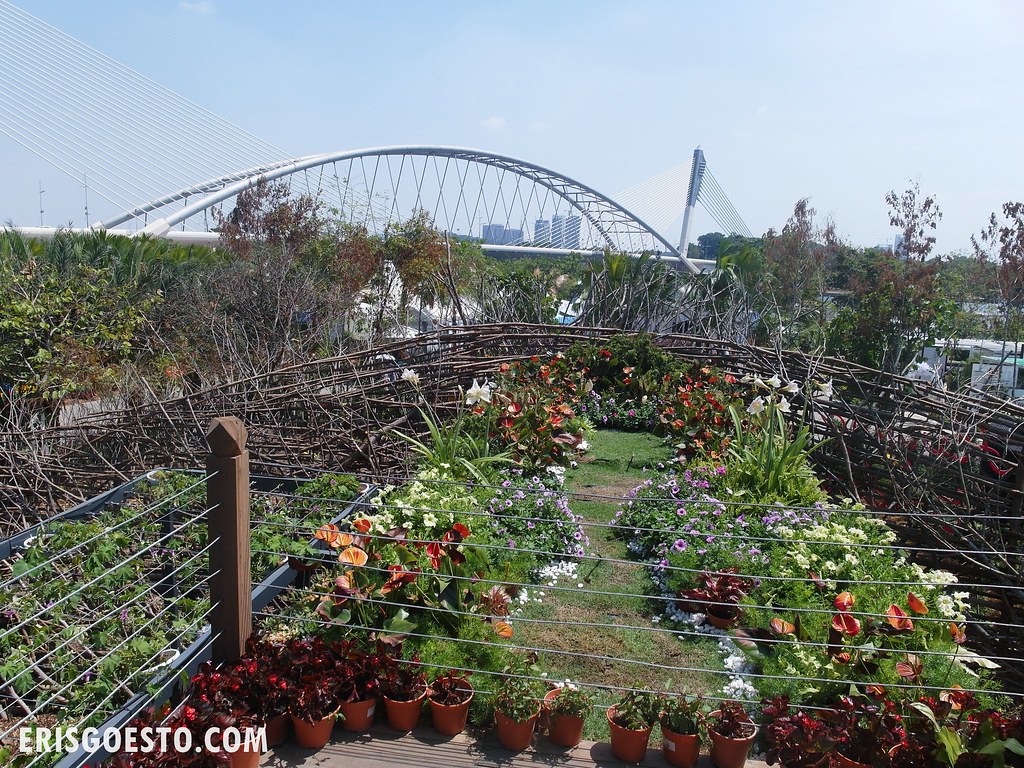 One of the landscapes was done by an award winning landscaping architect. Dubbed the ‘Hanging Gardens’, the central theme was a container fashioned into a small rest house of sorts. On the second floor, a balcony opened up to panoramic views of the lake and the Putrajaya bridge. 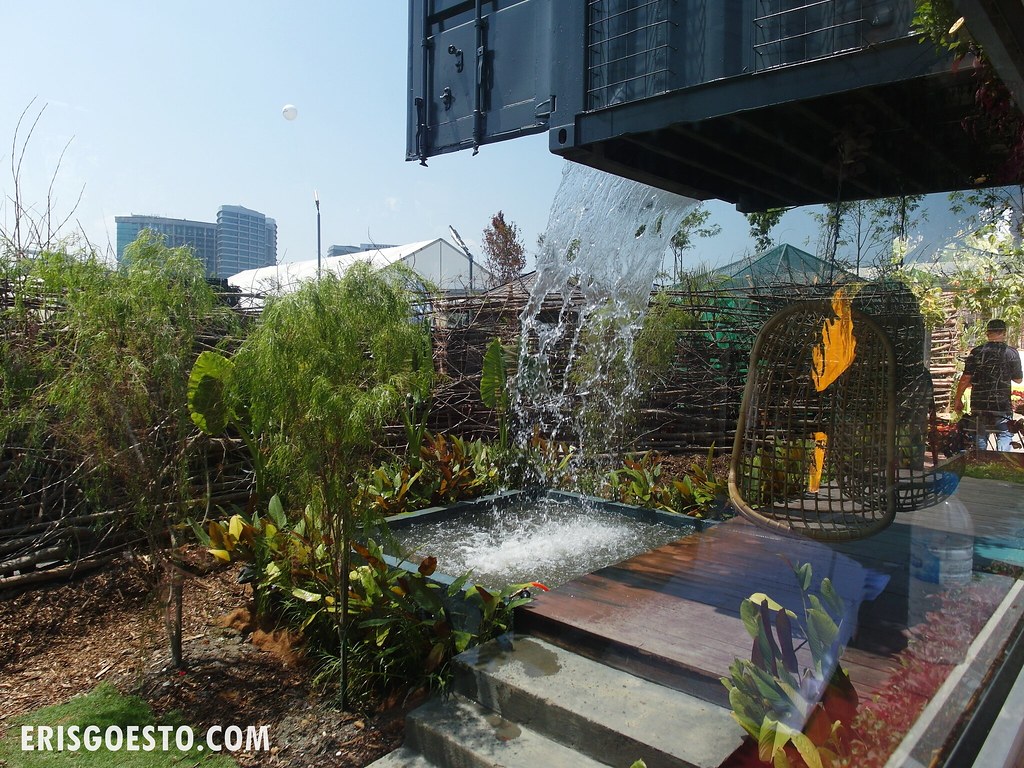 The ground floor had an outdoor patio, complete with cascading waterfall and swinging seats in the shade. Would be great to have a home like that and just chill by the water with a book and a drink. 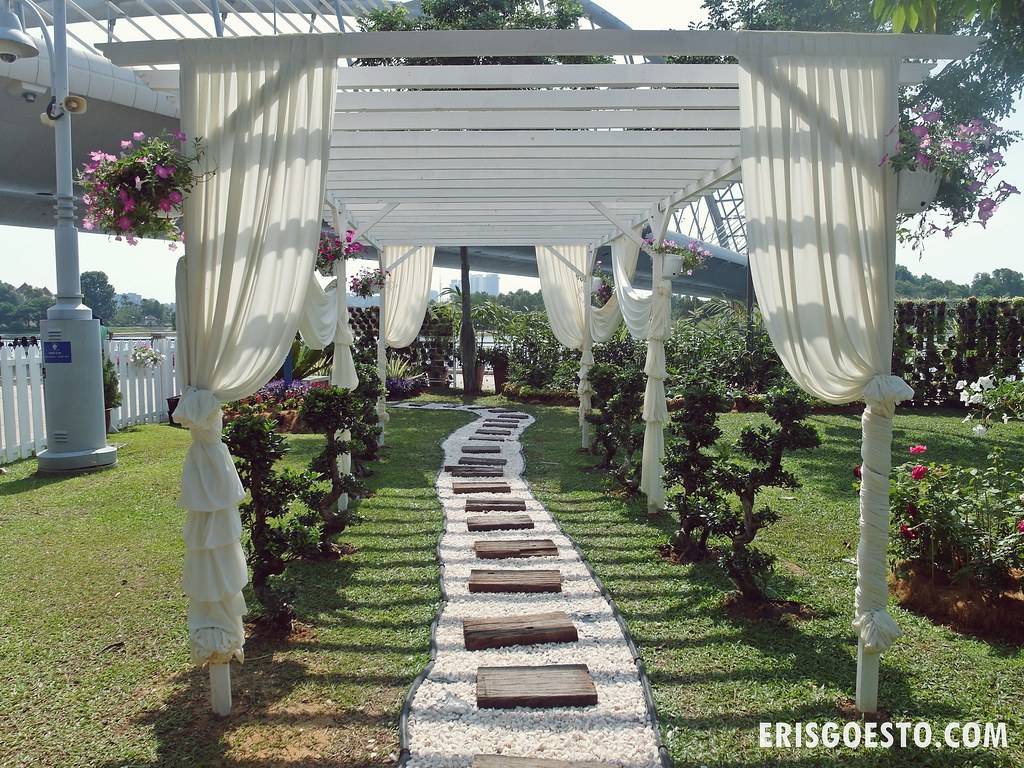 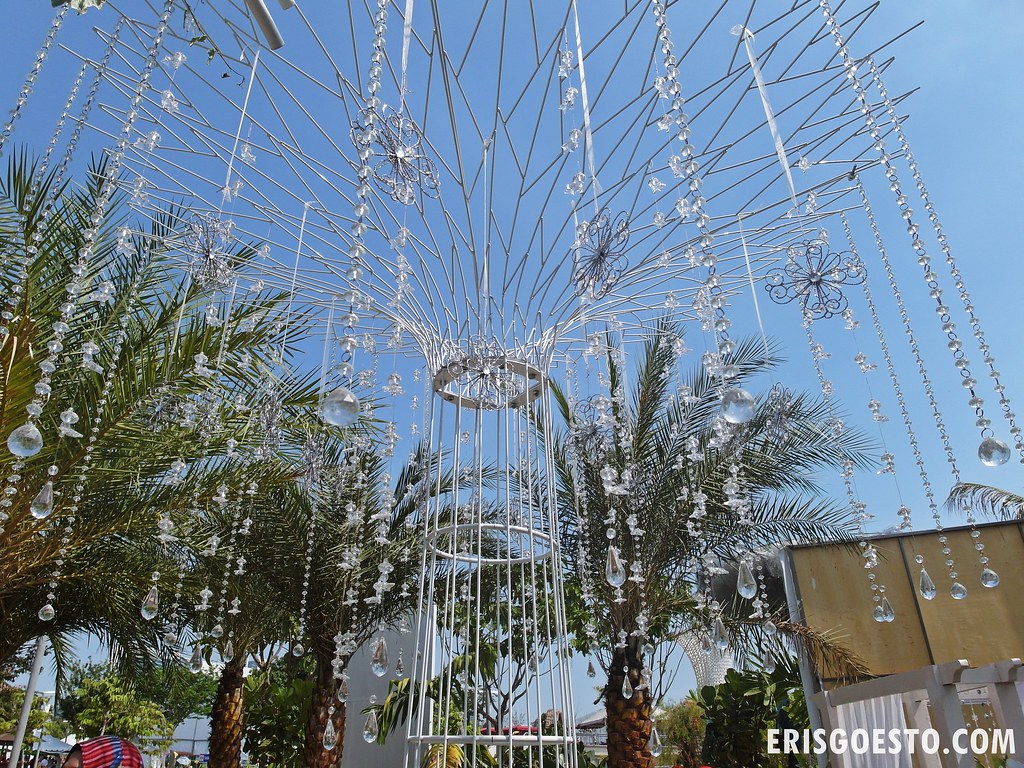 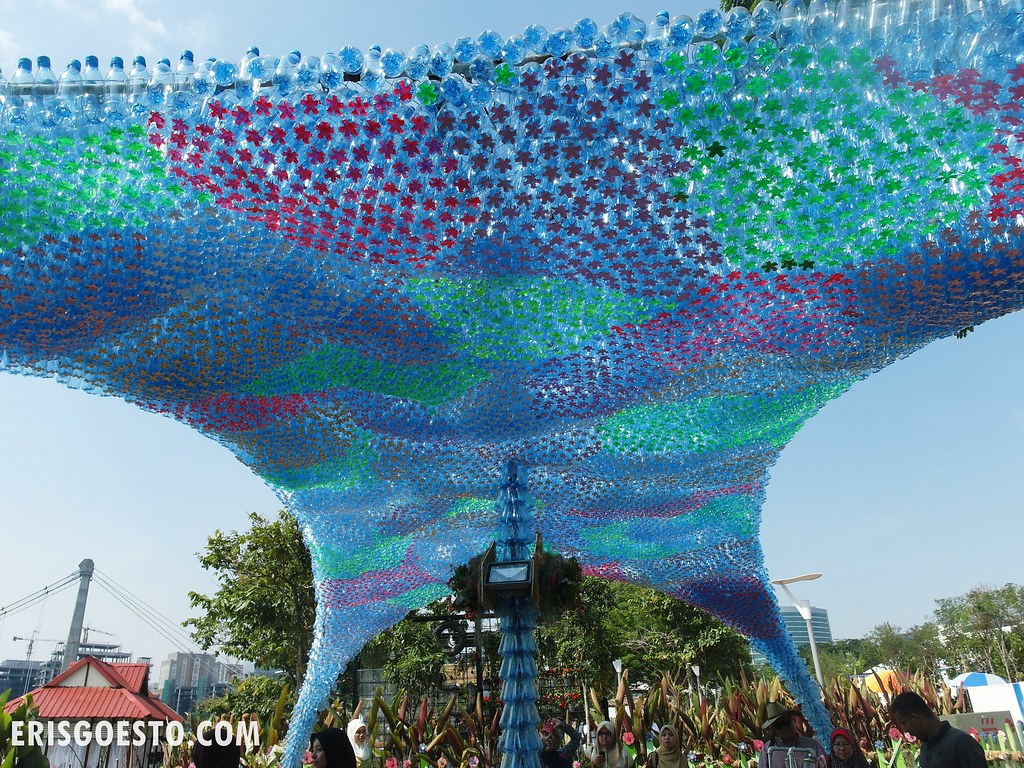 A very creative display made from plastic bottles with stars stuck to the bottom. Great way to recycle! 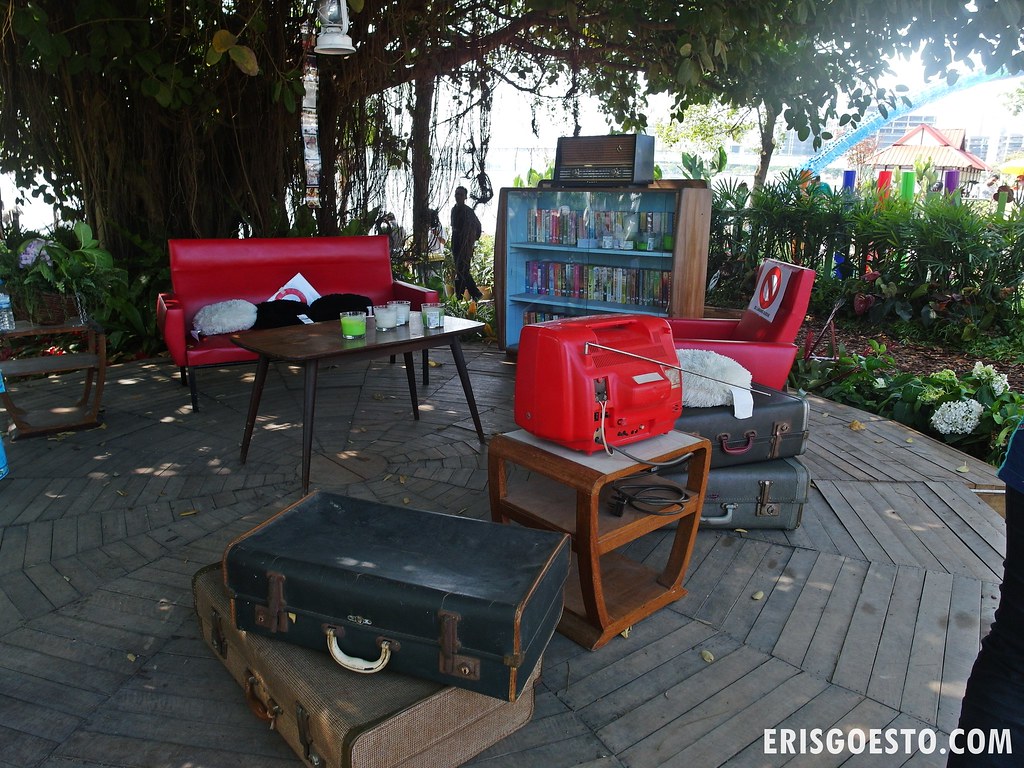 Taking a brief respite from the scorching heat under a walkway of shady trees. They were themed around nostalgia/old memories, with baby pictures of a family, nicely framed and hanging from the branches. 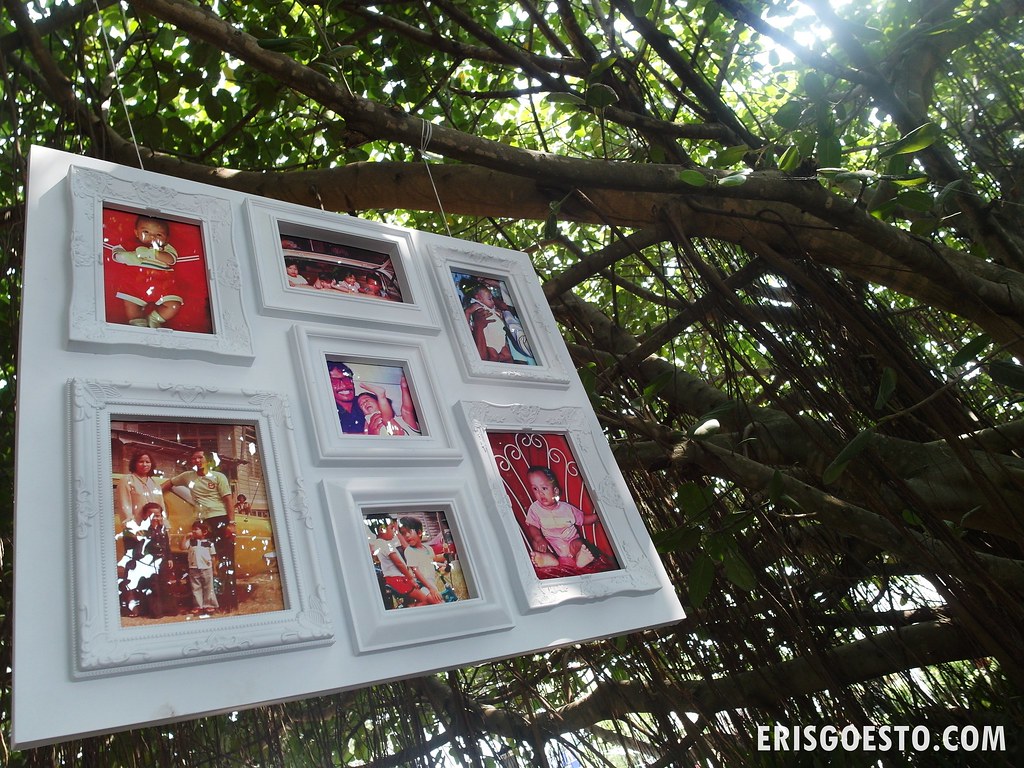 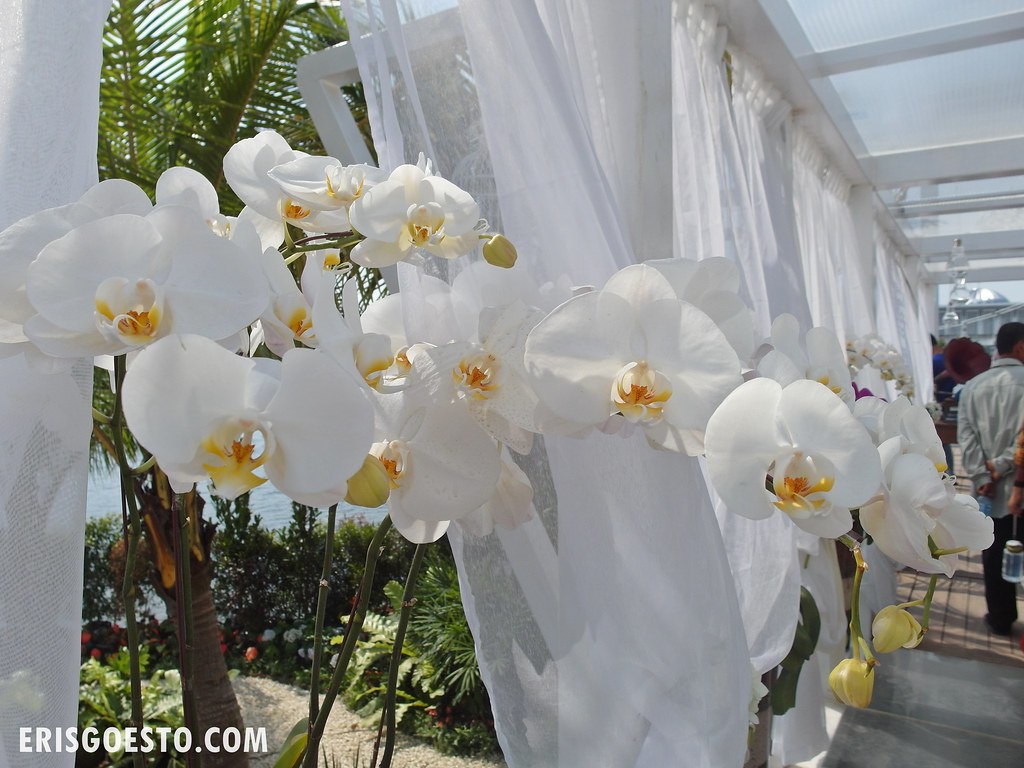 Overall, I’d say that the Floria team has really outdone themselves this year! Looking forward to another good installation in the next series. 🙂