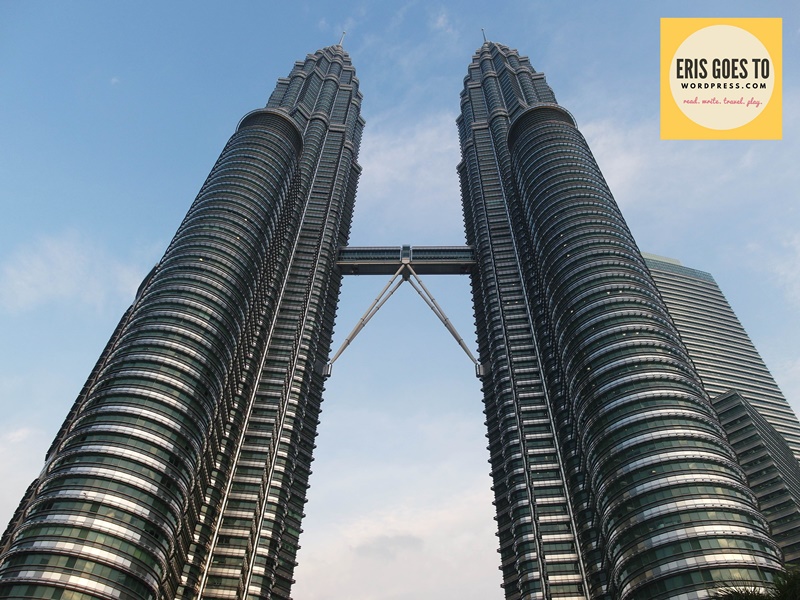 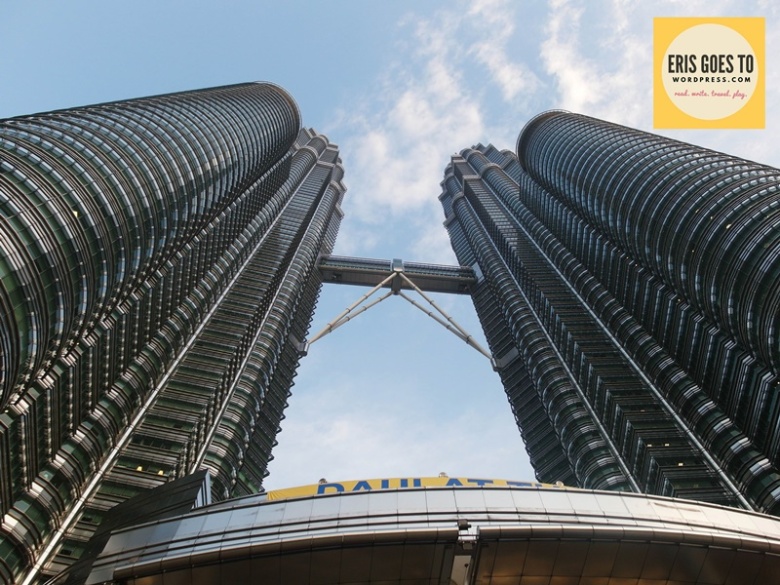 When people from other countries mention KL, one of the first things that come to mind is the Petronas Twin Towers. An iconic image of modern Malaysia, they were the tallest buildings in the world from 1998 to 2004 at 452 metres, with 88 floors and a Skybridge. Locals call it the twin ‘jagung’ or corn cobs.

Being a Malaysian who travels to KL quite often, I have grown used to seeing the towers from a distance – so the effect is somewhat diminished. It’s like if you live in Rome and you see the same old ancient buildings day after day, you wouldn’t be as awed as you would be if you were a visitor from another country.

The other day, I was in the city again and had a chance to see it up close again. I was reminded of why they are such a popular tourist attraction, because the Twin Towers are a marvel and engineering feat on its own. With the tropical sun setting behind it, the view was quite majestic in the evening. 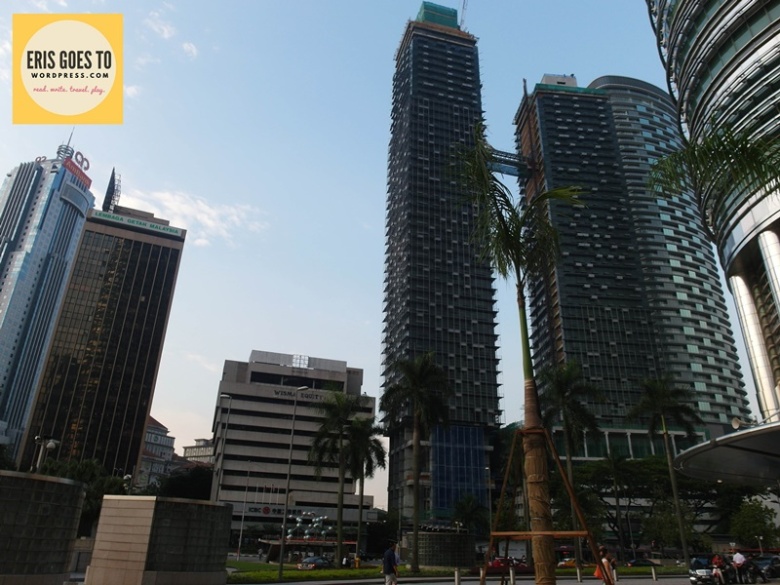 Base of the towers facing the main road of Jalan Ampang. There is also a shopping mall called Suria KLCC at the base of the towers, and they also house theMalaysian Philharmonic Orchestra Halls. the Kuala Lumpur International Convention Centre (in a separate building), and a green park with dancing water fountains. 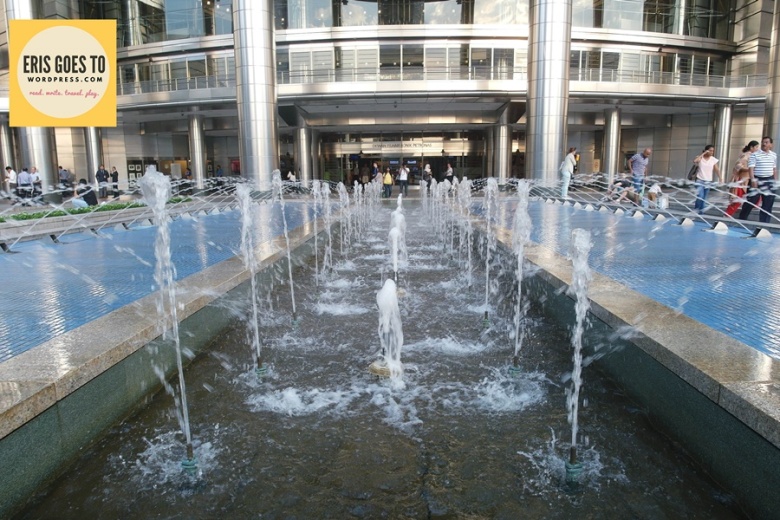 Access to the Skybridge is limited to a certain number of visitors each day, and the entry price is expensive.  I haven’t been up there despite having lived here all my life lol. 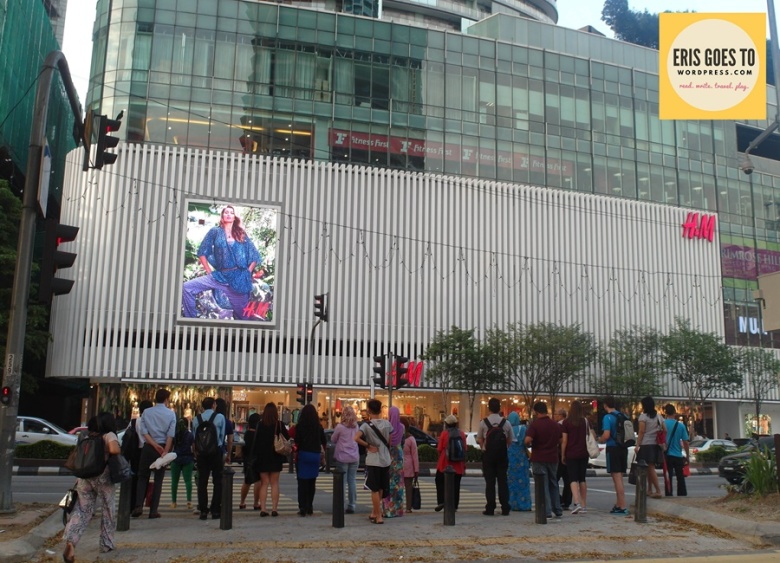 Pedestrians waiting to cross the road to Avenue K, a shopping centre opposite KLCC. They have a huge H&M here. 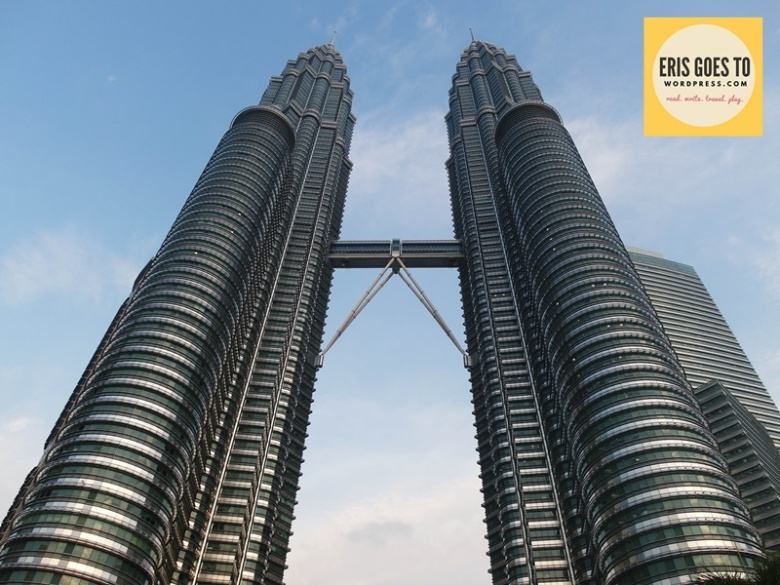 The Petronas Twin Towers are definitely a must-see if you’re visiting KL. If you’re a local, go there for a refresher. Take a moment to just look at these amazing buildings and feel proud to be a Malaysian. 🙂