If there’s one thing I learned from my trip to Singapore, it’s that…

I was exhausted after just half a day of trudging around in this island city’s unforgiving humidity and scorching sun. The thing about South East Asian weather is that it saps the energy out of you. I never felt so tired when I was in the UK, even though I walked around a lot in Sheffield. Bleh. 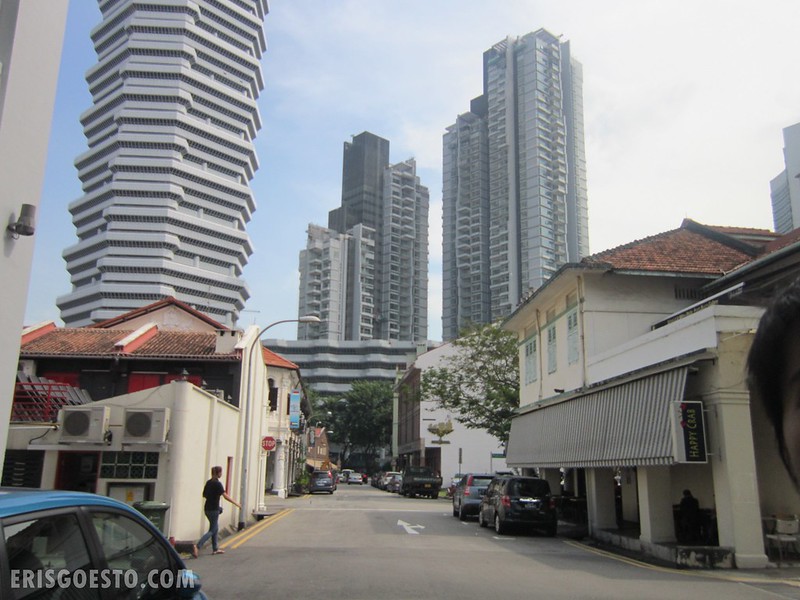 I’ve been so pumped up to post about Marina Bay Sands that I skipped to tell my trip in chronological order lol. Anyway.

Here we are heading towards my inn along Aliwal Street. This area is known as the Malay Heritage Area or Arab Quarters. There are lots of Malay and Arab shops, roadside eateries where people can smoke shisha, bars and such. There is also a mosque and a Muslim cemetery close by.

The golden-domed Masjid Sultan (Sultan’s Mosque), located within the Malay Heritage Area called Kampong Glam, which, back in the 1800s, was a place allocated for the Sultan by Stamford Raffles as a place for the Malays to live in, after British took over rule of Singapore. The Sultan brought over his relatives from the islands of Riau, Malacca and Sumatra, and built a grand palace and mosque, hence the name Sultan Mosque. The road now houses loads of souvenir shops selling accessories, clothing and eateries. Apparently dreamcatchers are a fad as well coz I saw many lining the street. 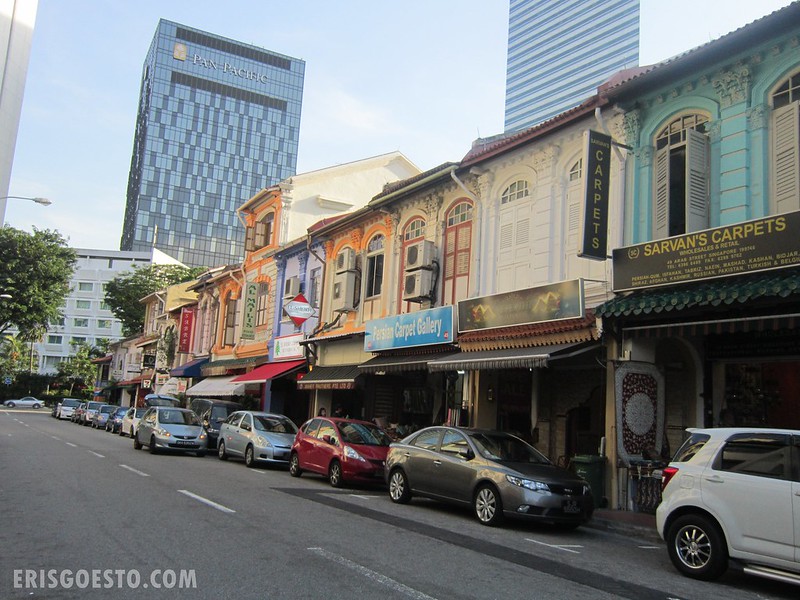 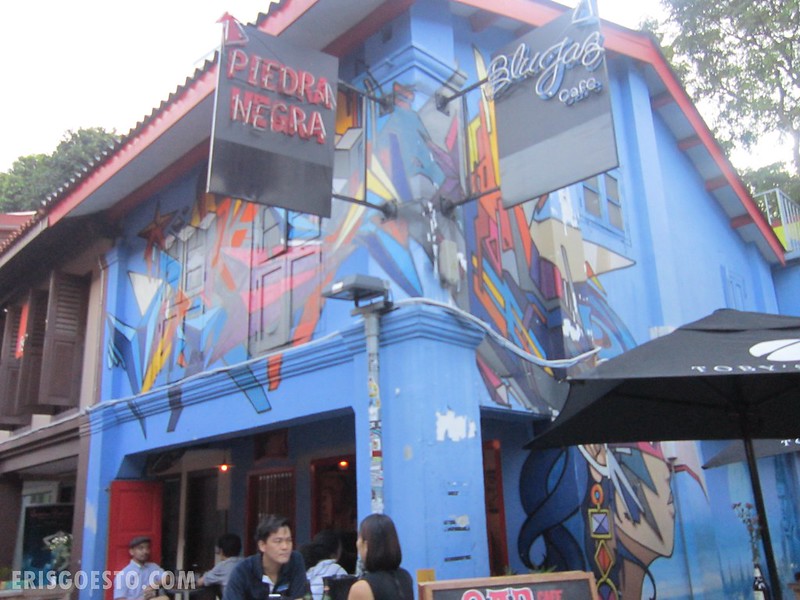 Jaryl brought me to Bali Lane, a very ‘indie’ street crowded with low, double storey shophouses oozing cultural heritage and charm. With wooden shutters that open up on the second floor, it’s narrow lanes and colourfully painted facades, it’s hard not to be charmed by this place. Aside from chic, cozy little cafes, there were also boutiques, souvenir shops and clothing shops. 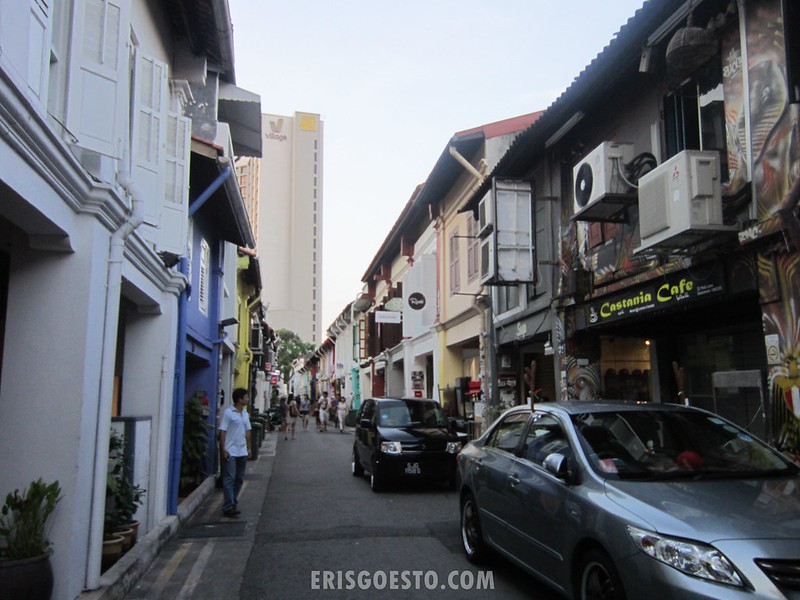 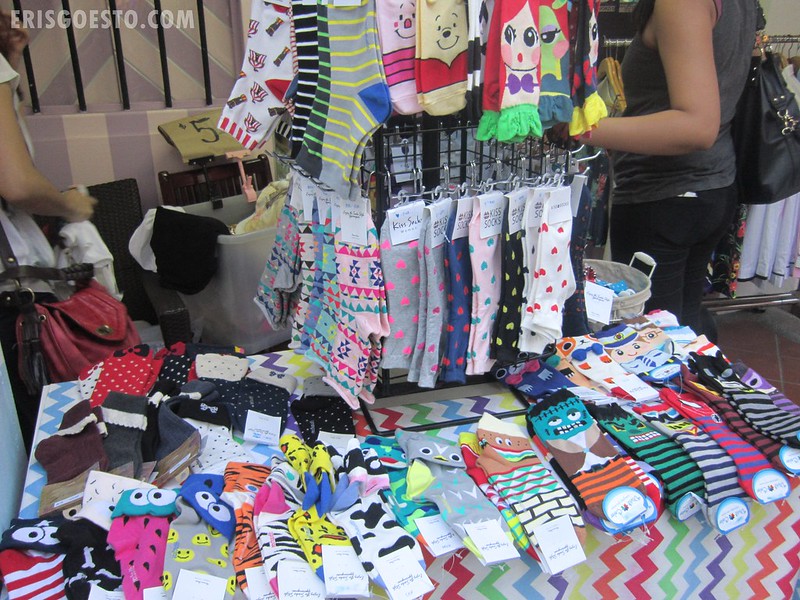 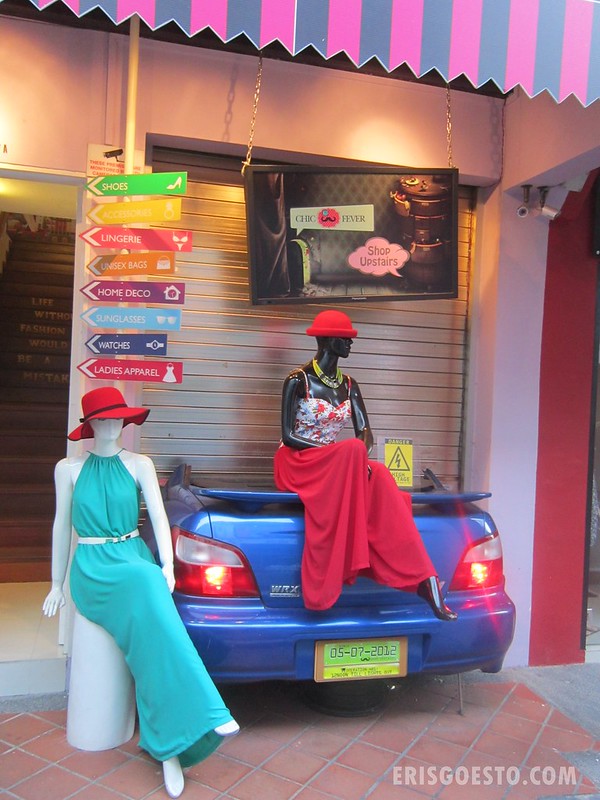 Quirky decorations outside a boutique. 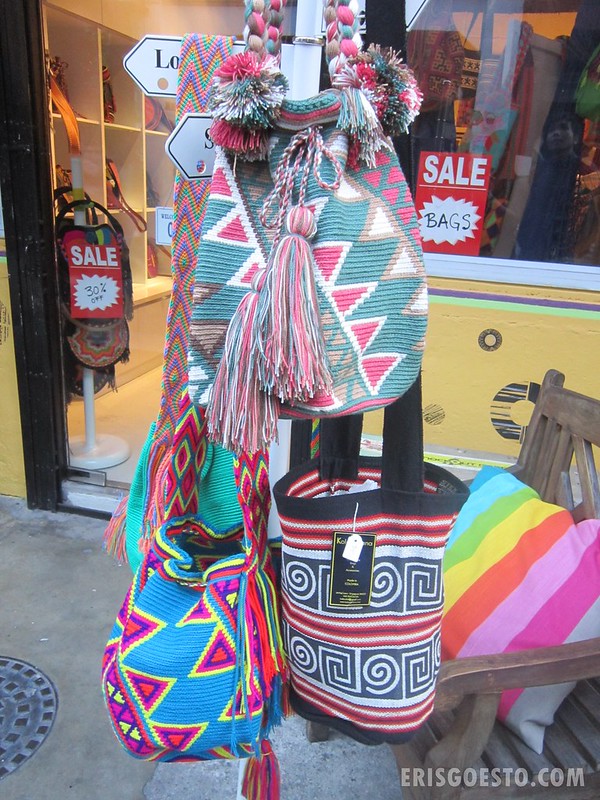 Was very very tempted to get those tribal, geometric inspired bags. Hm.’ 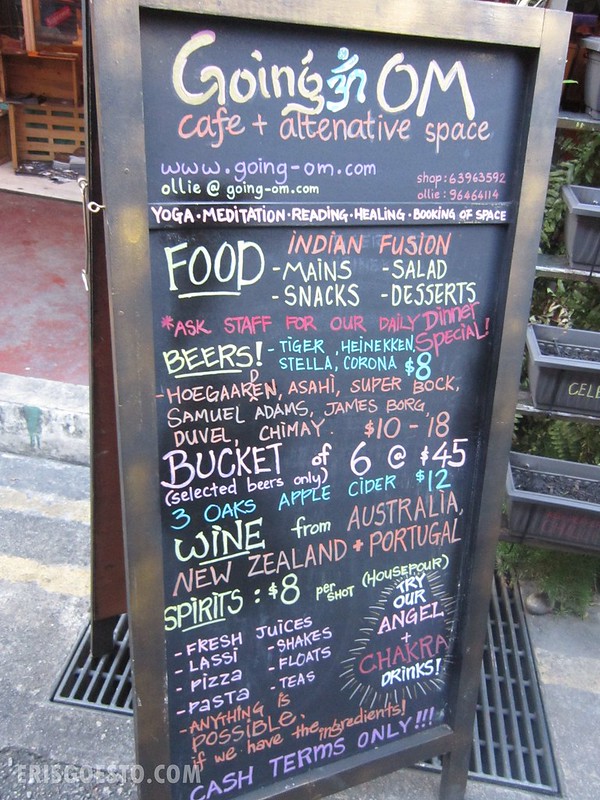 Something I noticed about Singapore is that they have a love affair with chic, urbanesque cafes. Little ‘alternative’ spaces where the resident hipster may sip coffee and read or post pictures of Red Velvet cakes on their Instagram. I really like the sign though. 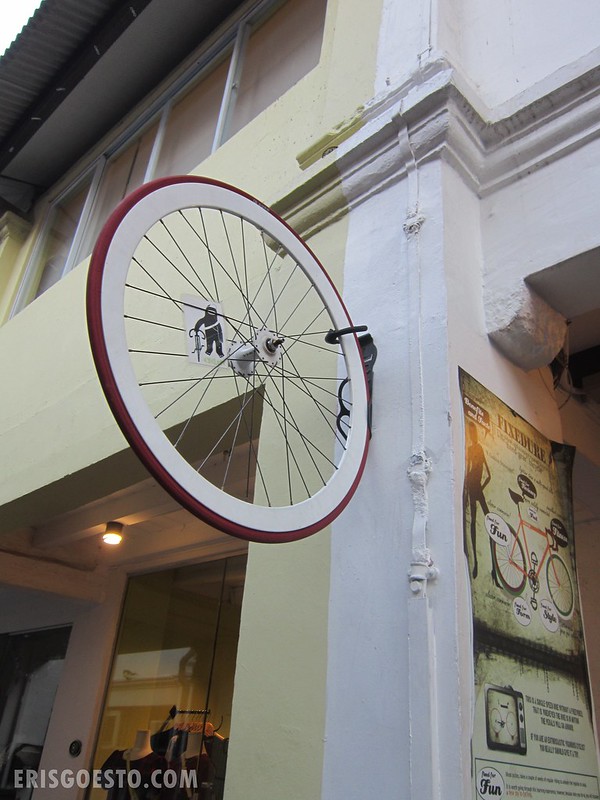 At night it can get very crowded, with people spilling over onto the sidewalks, sipping on flavoured shisha in a wreath of smoke and laughter. A combination of bluesy jazz from live music bands and loud bass thumping from more upbeat clubs will be the rhythm of the night. My inn was close to one of these, so it was really thumping till 2am. Hardly got any sleep the first night lol. 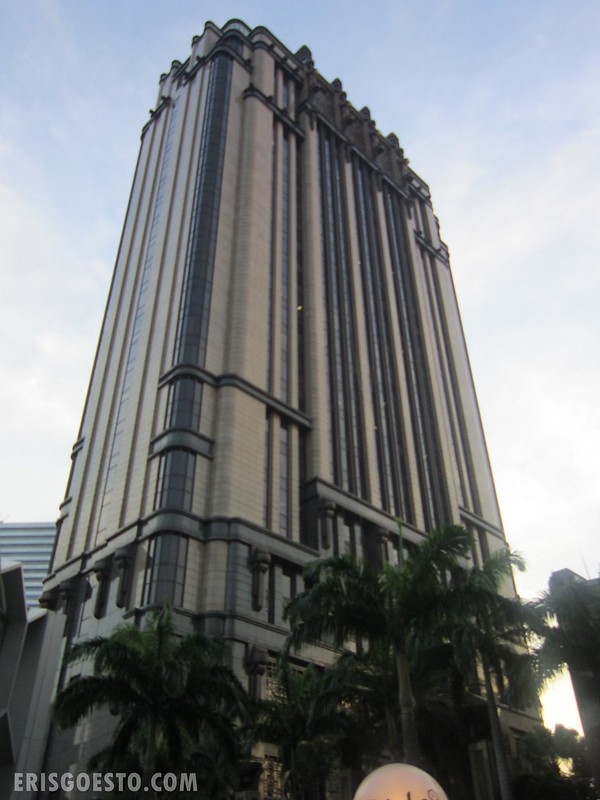 A central point in walking around Singapore is this building, coz it’s really tall, nearby the inn and easily recognisable. I never found out what building it was though, we just called it the Batman building, coz it looks like something straight out of Gotham city. 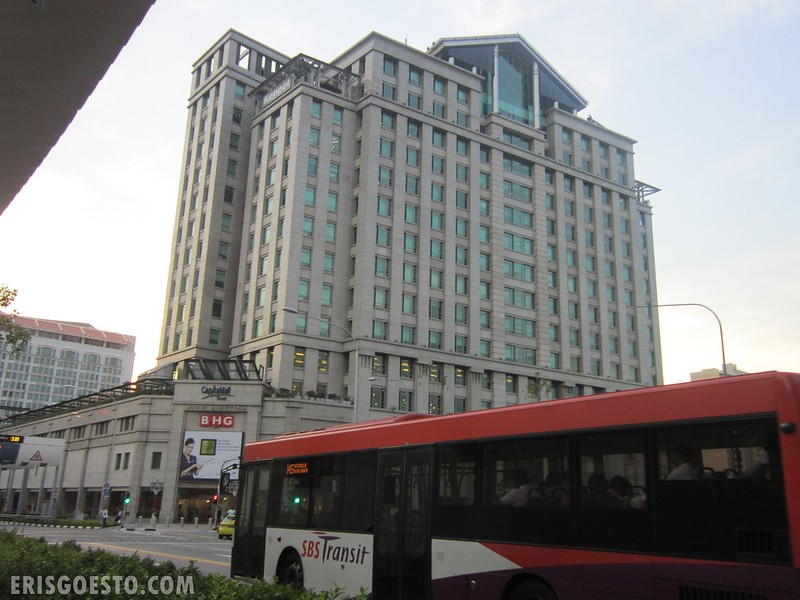 Bugis Shopping Mall, which is also within walking distance of the inn. 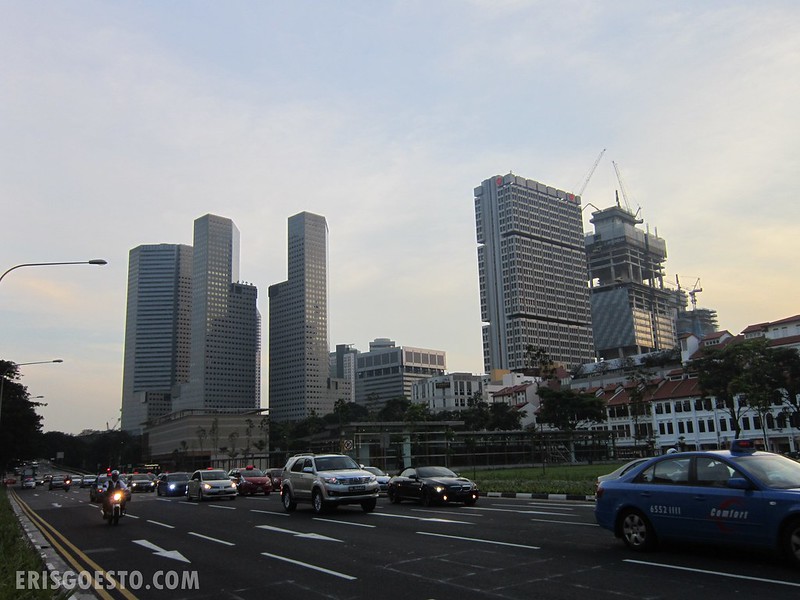 Had a long tiring day walking, so stopped by for some Starbucks.