When Wingstop opened its first outlet in Malaysia, I remember being extremely excited, because we don’t have that many places serving good buffalo chicken wings here. I even braved the evening traffic to Mutiara Damansara just for it – something I would never do under normal circumstances lol. But I guess it was because I had set my expectations too high, that when I actually got to try them, I was sorely disappointed. You can read the review here.

This time around, I was bumbling around KL after a trip to the art gallery and came across another Wingstop, this one a branch at Nu Sentral. It just so happened I had a craving for fried chicken, and decided to give them a second chance… 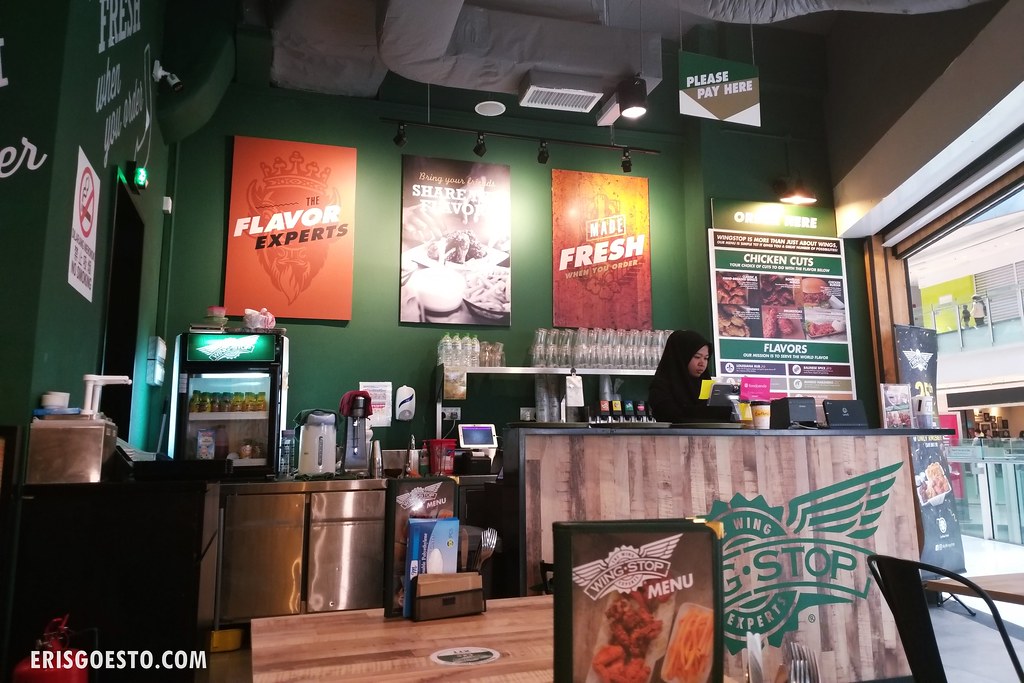 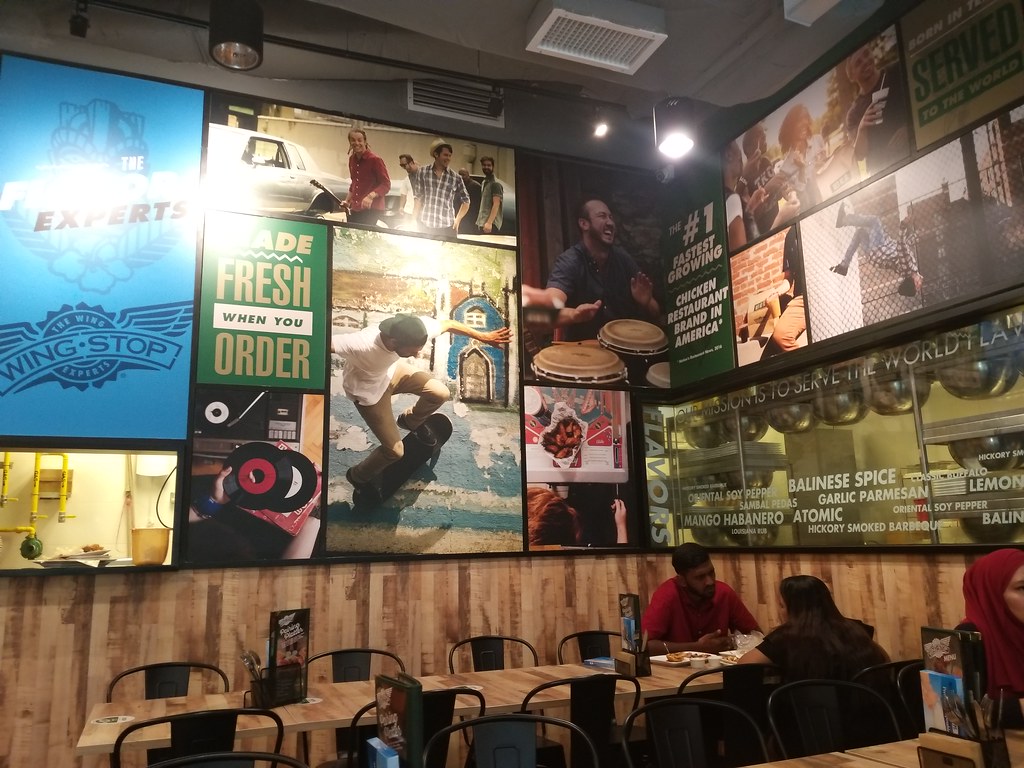 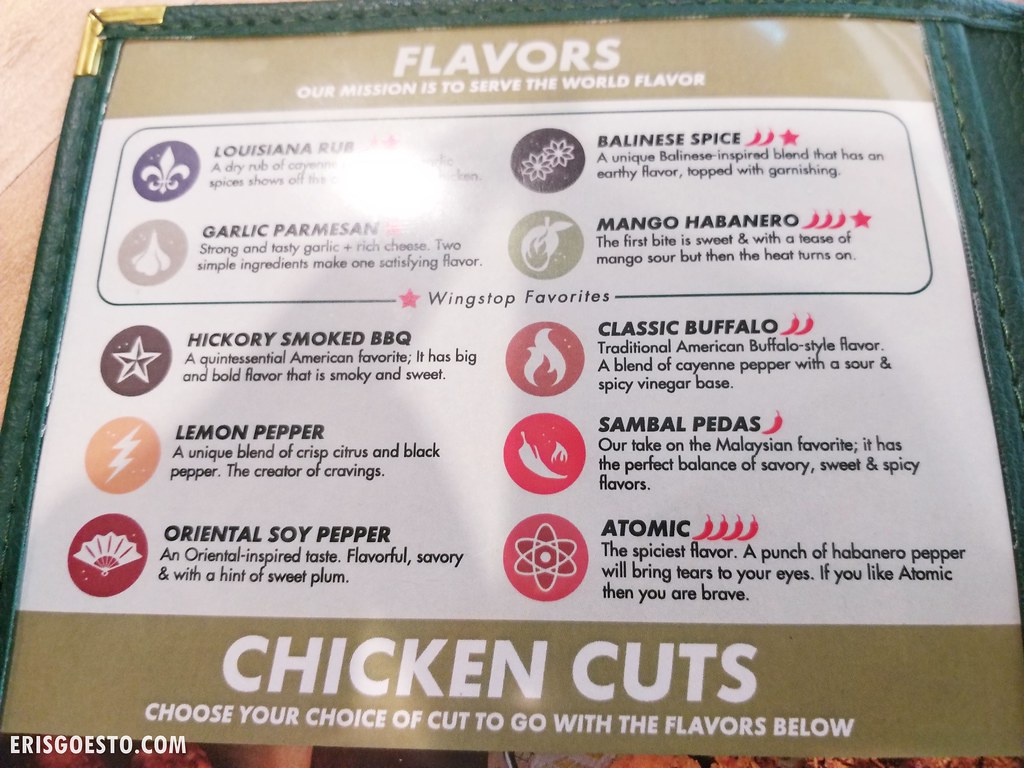 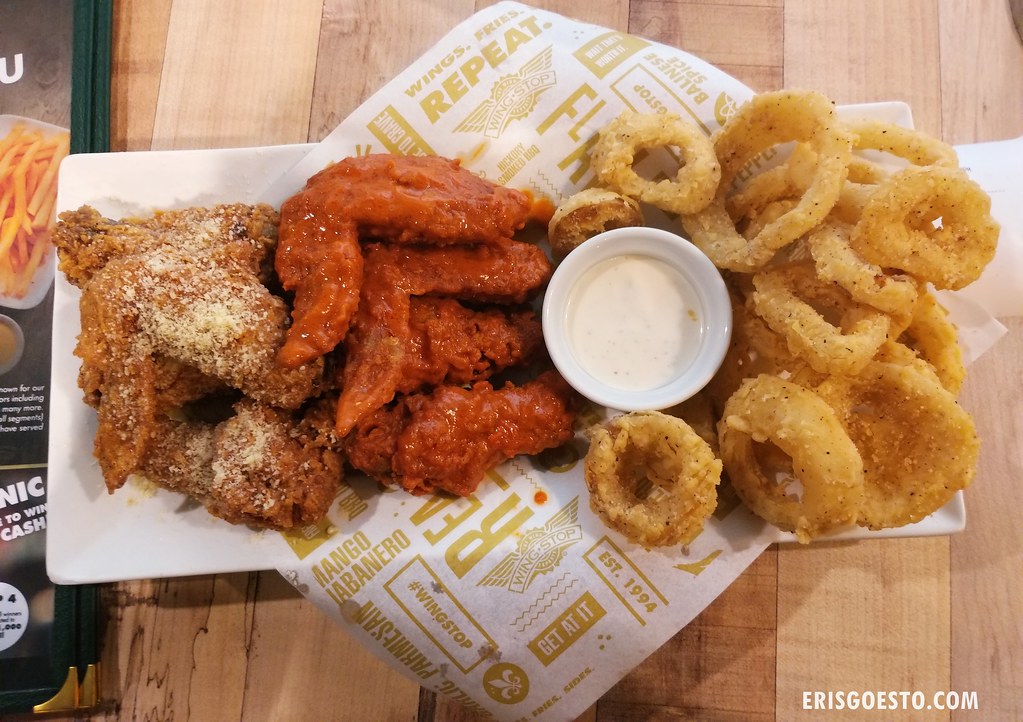 Yeah, yeah… I know I just had wings at Frankie’s a few days prior, but when I saw that there was a Buffalo Wild Wings, I just couldn’t resist. The first (and only time) I had it was during my trip to Los Angeles several years ago. The sports-themed bar/resto left a really good impression, so I walked in to their branch in Manila with some expectations. They did not disappoint. 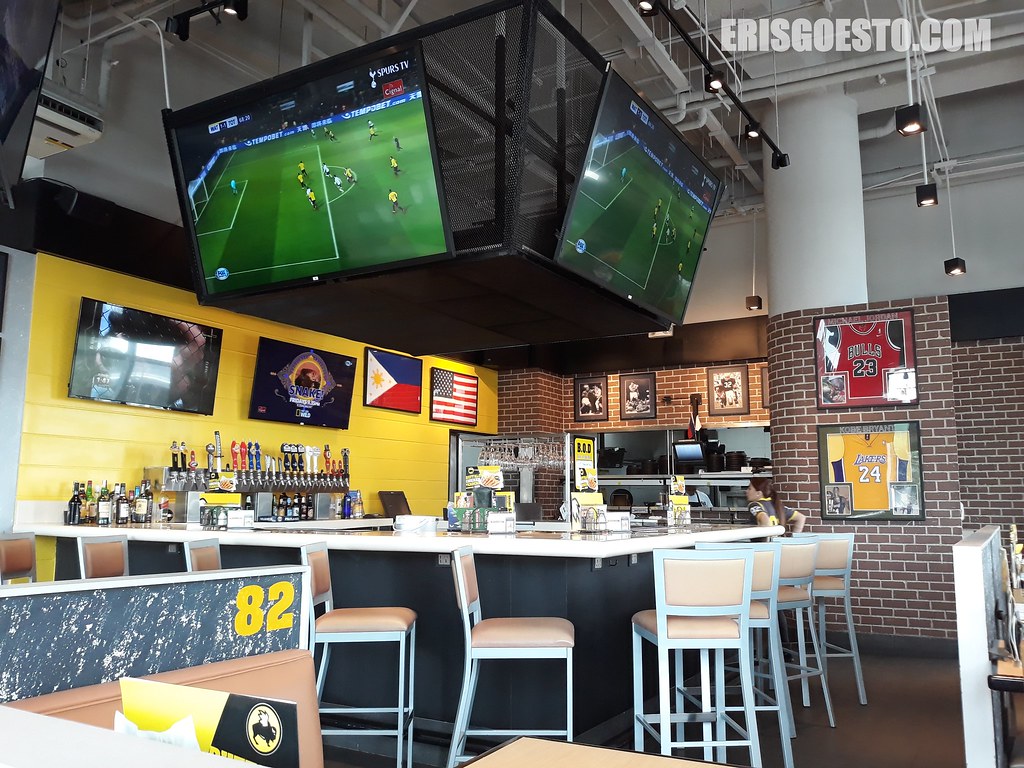 Located just next to the lobby of Conrad Manila, the interior has been modeled to look like the American ones, with the same cheerful bright yellow walls paired with brick deco, booth-style seating, mini bar and lots of sport paraphernalia, from posters to signed shirts. Large screen TVs playing sports channels dominate every corner of the ceiling. We were there early so the resto was quite empty, but service was quick, friendly and efficient nonetheless. 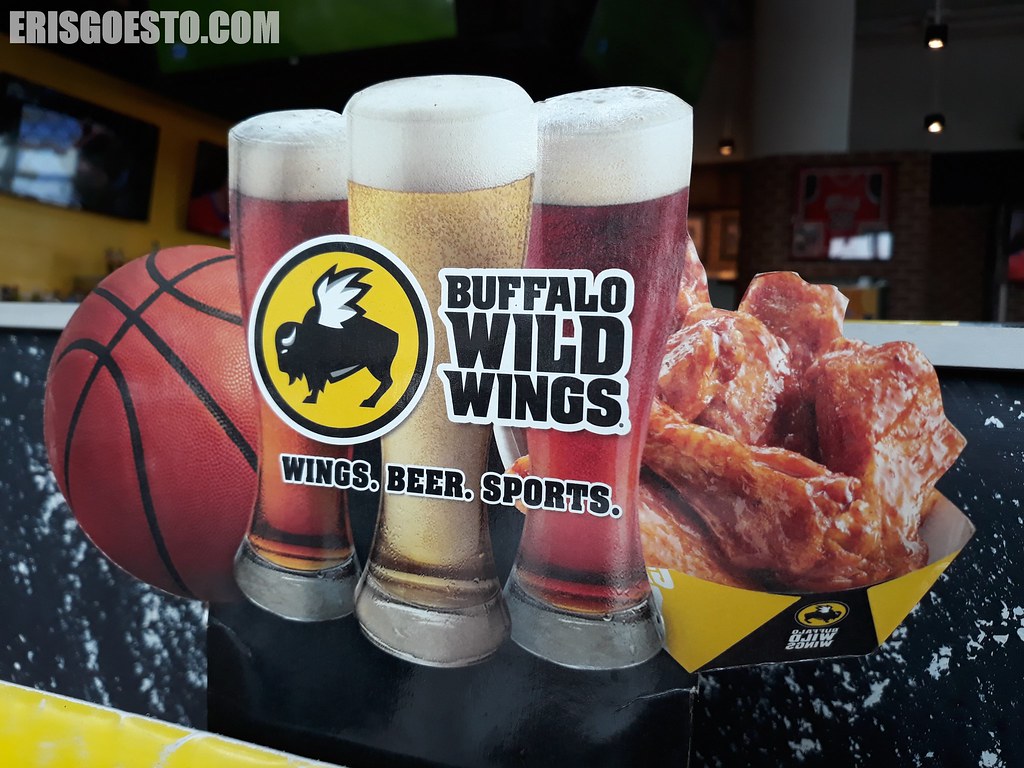 The best combo. Tho I don’t drink beer. 😀

N and I got two flavours to share. They go from mild to moderate to spicy to you-will-cry spicy. You can also choose to have the regular wings or boneless. 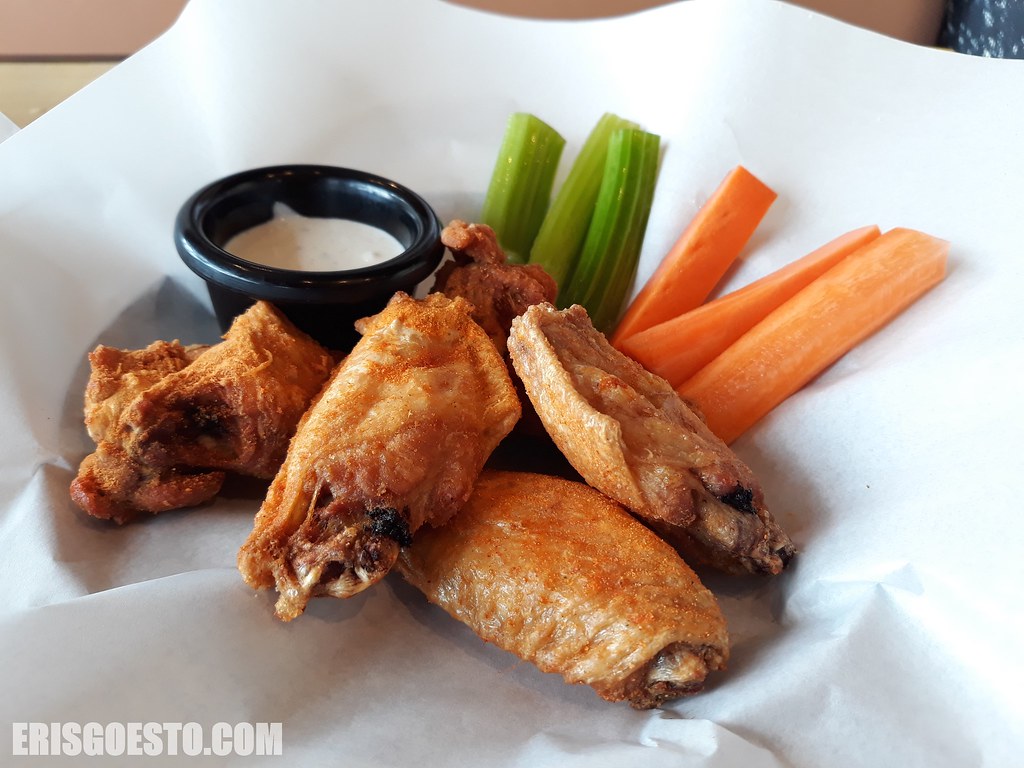 Buffalo dry rub. Wings were lightly coated, so the skin was thin, crisp and made crackling noises with each bite. Meat inside was tender, moist and juicy. The rub had just the right balance of savoury with a hint of sour. Dip was creamy without being cloying. Good stuff!

Asian Zing was a delectable, finger-licking combination of sweet, savoury,and tangy. The ranch dip helped to take the edge off the spiciness.

The wings were top notch, and we enjoyed munching on them as we watched some matches on the big screen TVs up above. It’s easy to polish off a dozen in one go! Prices are slightly above average but as expected of its location/setting. They also have branches in BGC and Makati.