I remember Moo scoffing when she first heard of ‘staycations’, saying: “Why stay in a hotel (read: spend money) when you’re like 30 minutes from home?”

But that’s exactly it. Staycations are perfect for when you don’t want to travel too far or jostle with crowds at popular tourist spots, but still want to unwind and get some well-deserved R&R. With the hectic lifestyles we have in the city, god knows we need a bit of TLC.

Since working in the media and bringing the Moo for a couple of these , I think she has warmed up to the idea of staycations. So here’s one we went on recently at Sunway Putra Hotel, located within the Sunway Putra integrated development in Chow Kit, Kuala Lumpur. 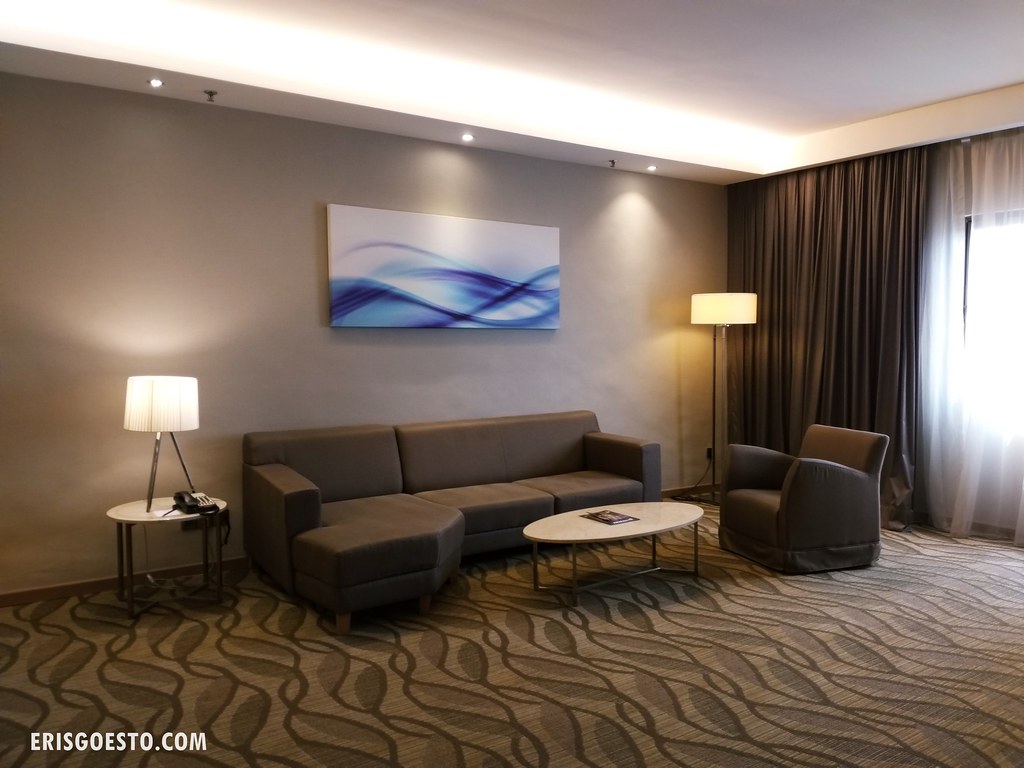 Moo and I checked into our Club Suite, which was massive. If I had an apartment this large in the city, I can die happy. The living room had a cosy couch and a swivelling chair, while the space between that and the TV was large enough to do a couple of cartwheels in. The interior was modern and contemporary but cosy, with lots of nude shads and warm wood accents. There are two TVS – one in the living room and one in the bedroom, but the former was busted. They did change it once we gave a call to the concierge though. 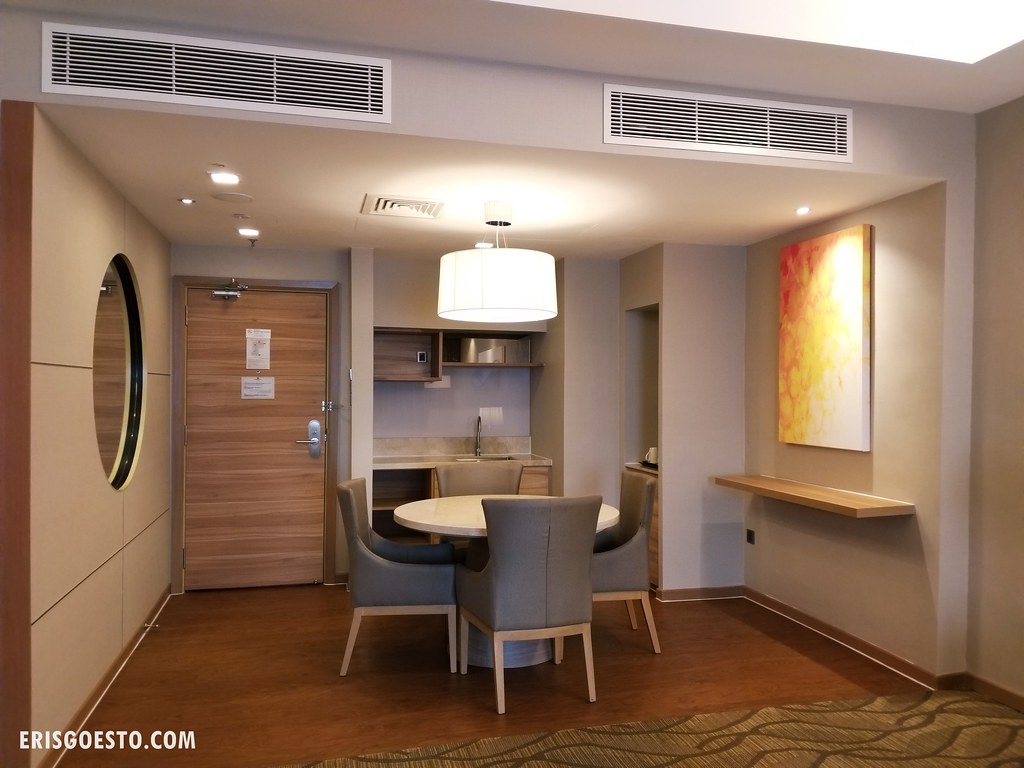 For families, there’s a kitchenette and dining area, with a mini fridge stocked with soft drinks (included with the room). 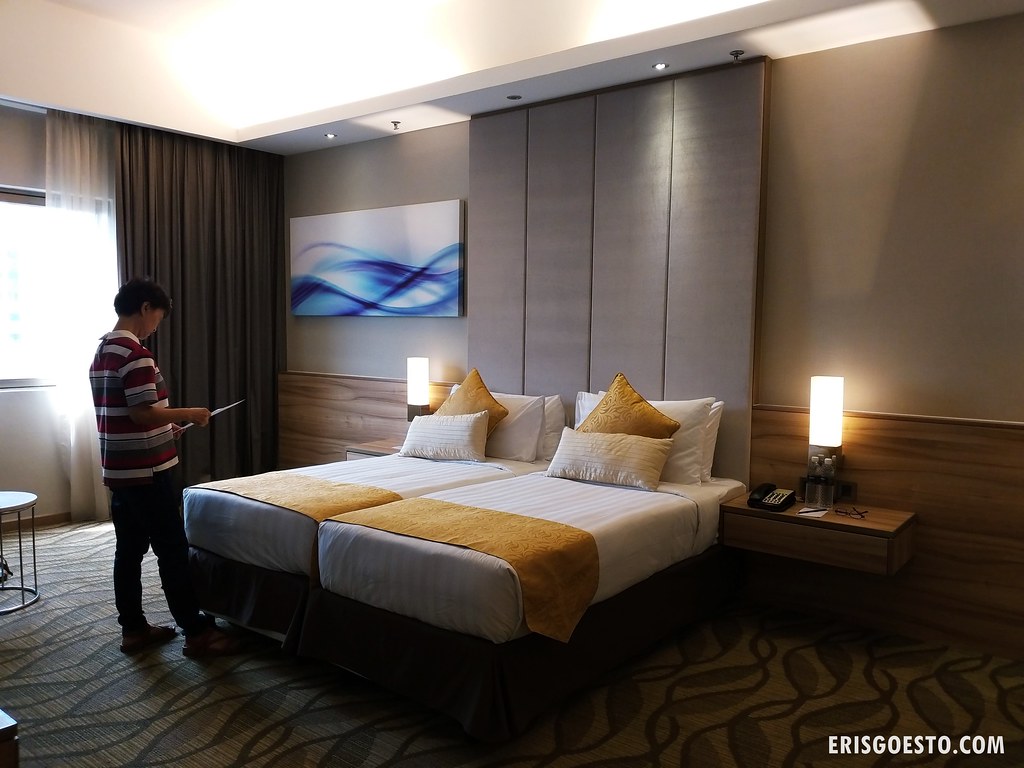 An equally spacious room. Beds were firm, which I like because it’s better for the back (don’t like those super soft ones that just beg for you to wake up with a sore back and neck), although the sheets weren’t super clean and had some stains. 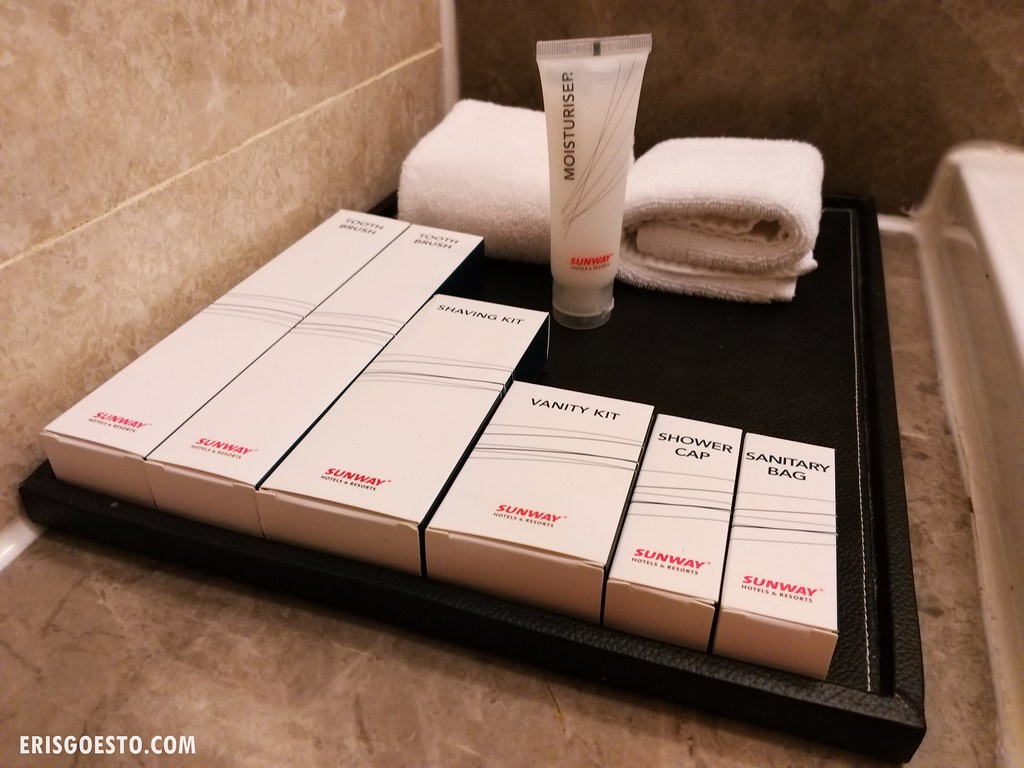 Marble bathroom had a shower and amenities, but lacked a tub. The shower area had a bench-like design which is a good feature for the elderly. 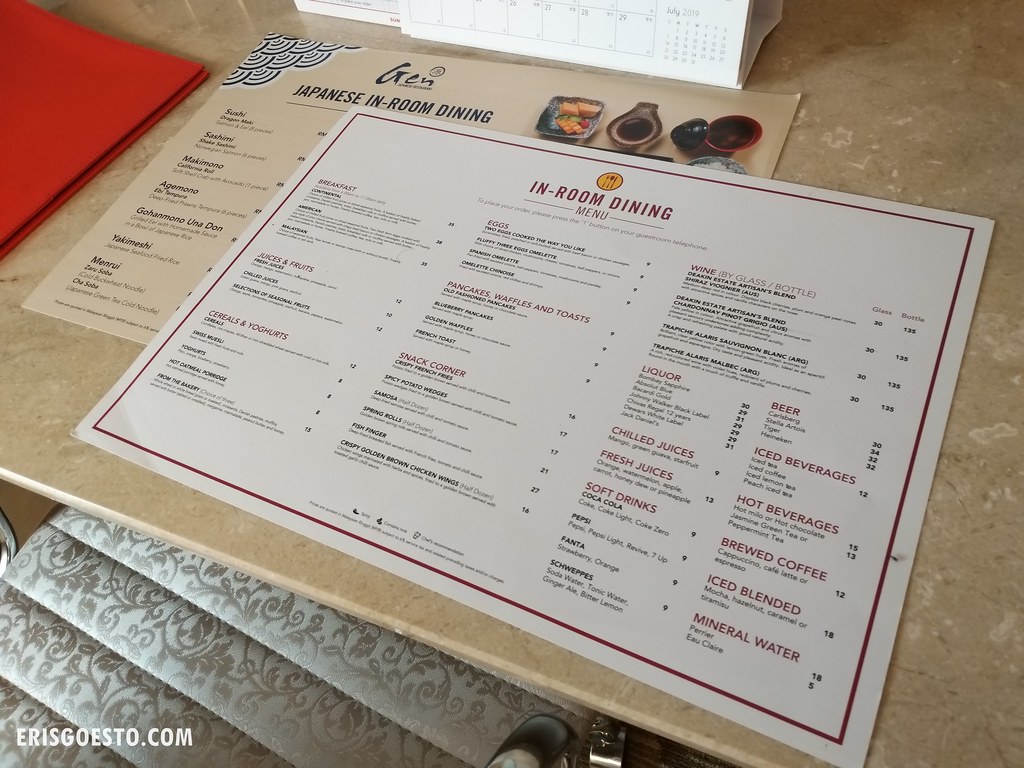 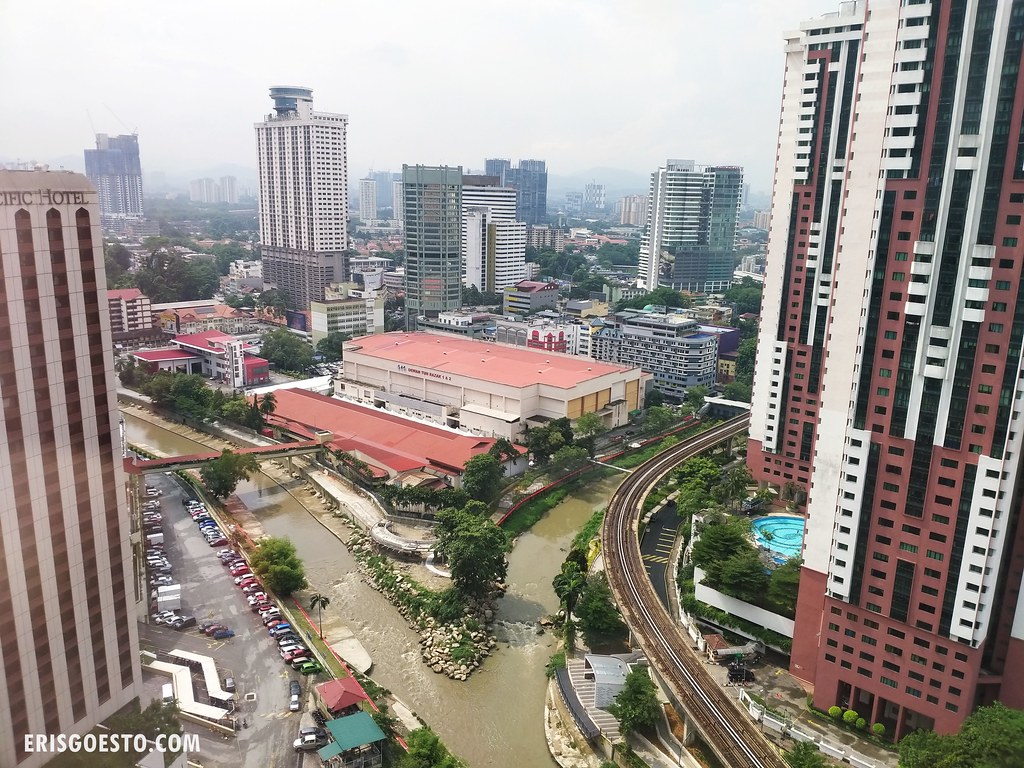 View from our room, with the Y-shaped confluence being part of the Gombak River. 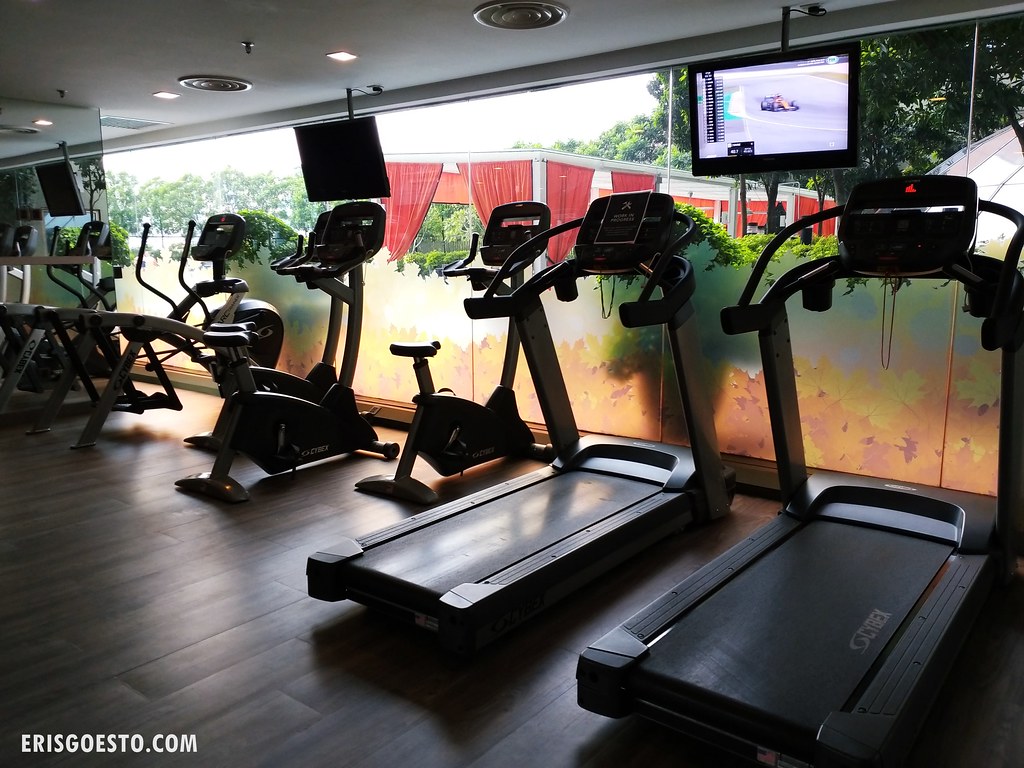 The hotel has a well equipped gym as well as an outdoor pool / kids pool with a nice view of the Kuala Lumpur Twin Towers in the distance. Didn’t get to try the pool as it was quite crowded in the evening, but got some workout done in the air conditioned gym. 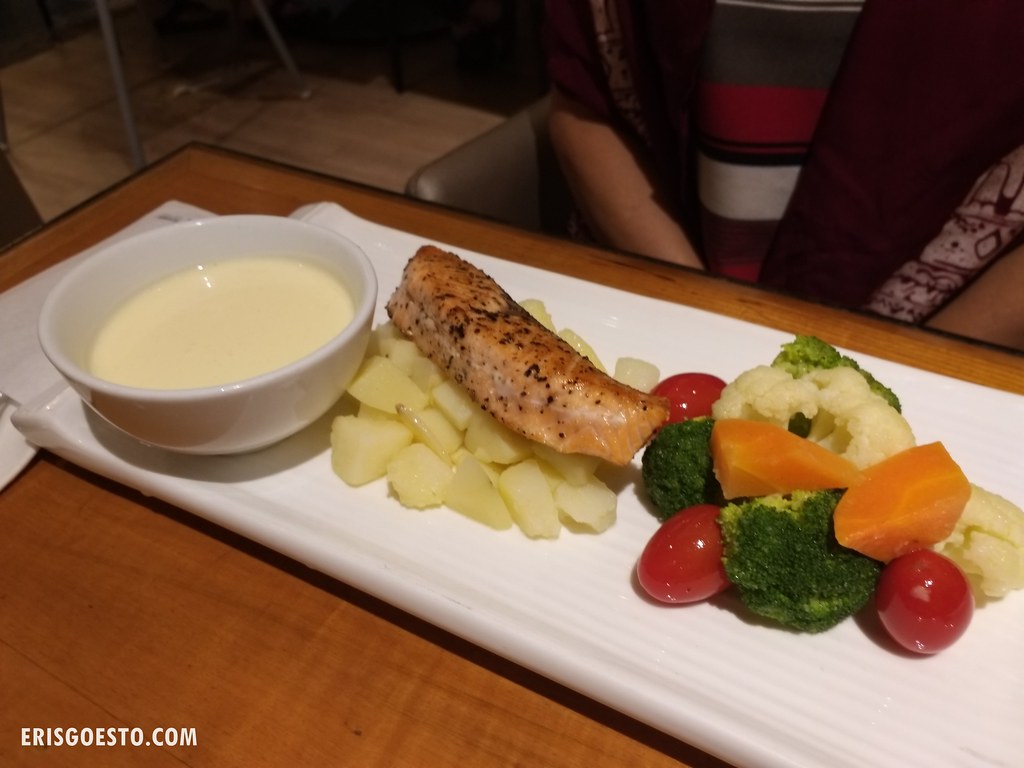 Dinner was at the hotel’s all-day dining Coffee House Restaurant, which serves both Western and local fare. Meals are ordered ala-carte and they have some pretty value-for-money sets that aren’t much more expensive than dining at a regular cafe. Moo opted for the grilled salmon which came with a buttercream sauce and vegetables on a bed of potatoes. Portions were a bit small but just right for a small eater. 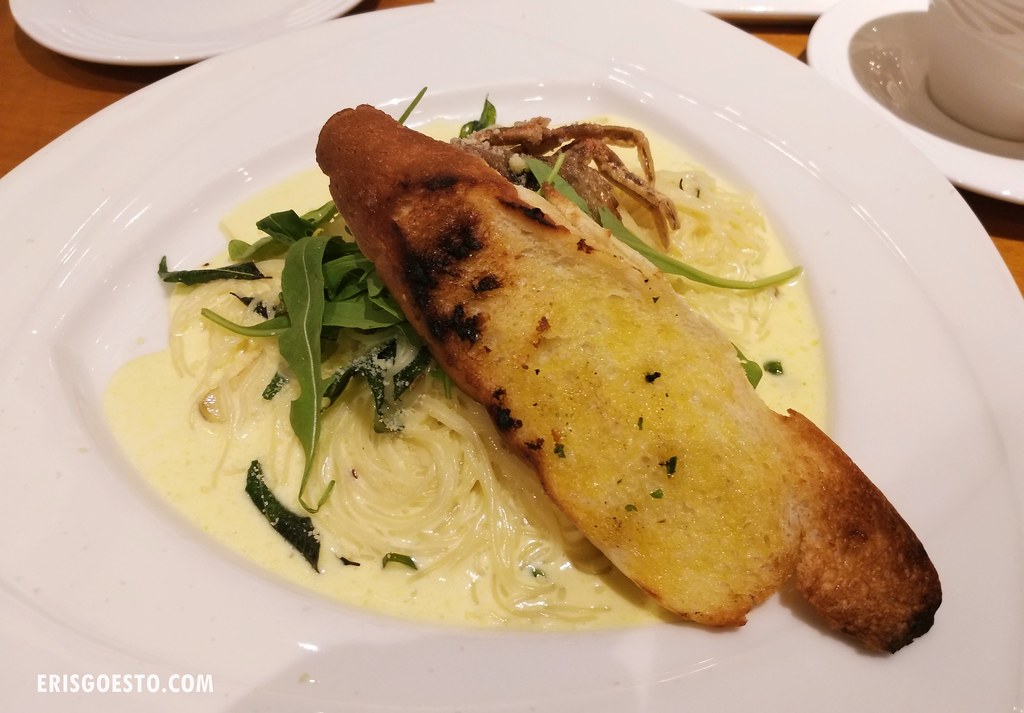 I had the soft shell crab carbonara. The soft shell crab was just a tiny sliver lol. Taste wise, tasty but the cream got cloying after awhile. I did like that they had arugula to cut through the creaminess, and the garlic bread was pretty good. 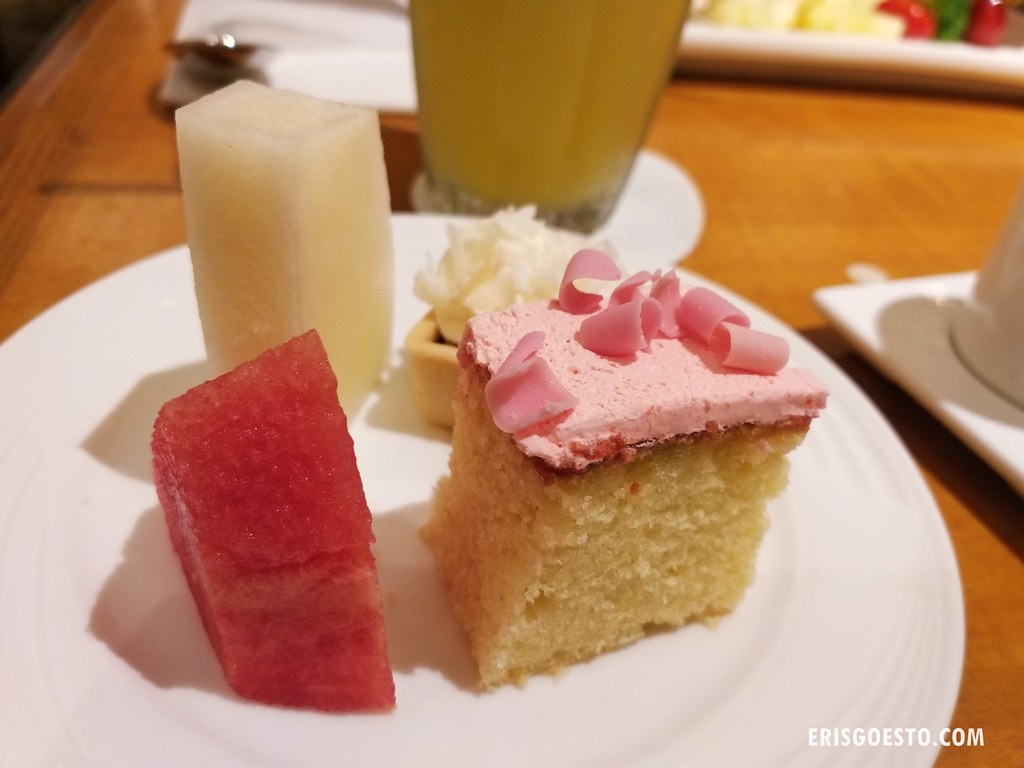 Since we had the set, it came with dessert – butter cake, fruits and a chocolate tart. 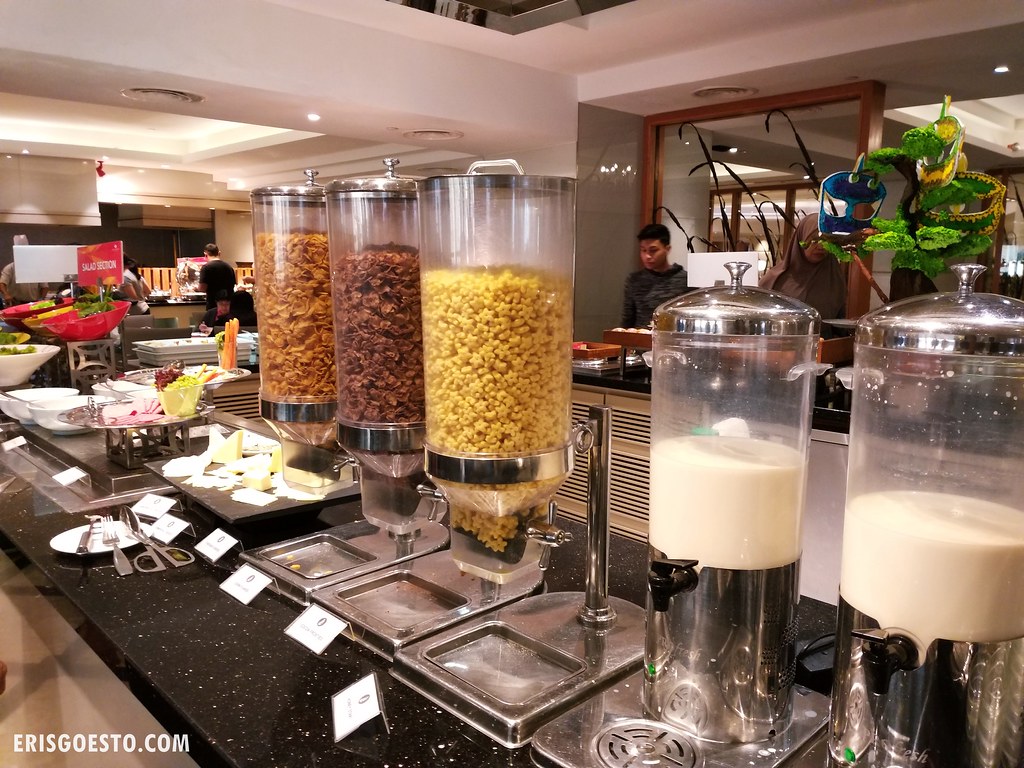 Breakfast was a busier affair, and there was a large crowd at the buffet. The selection isn’t great but the food is tasty enough. There was the usual breakfast staples like cereals and salad, but do check out their Middle Eastern fare such as hummus, as well as the excellent bread pudding. 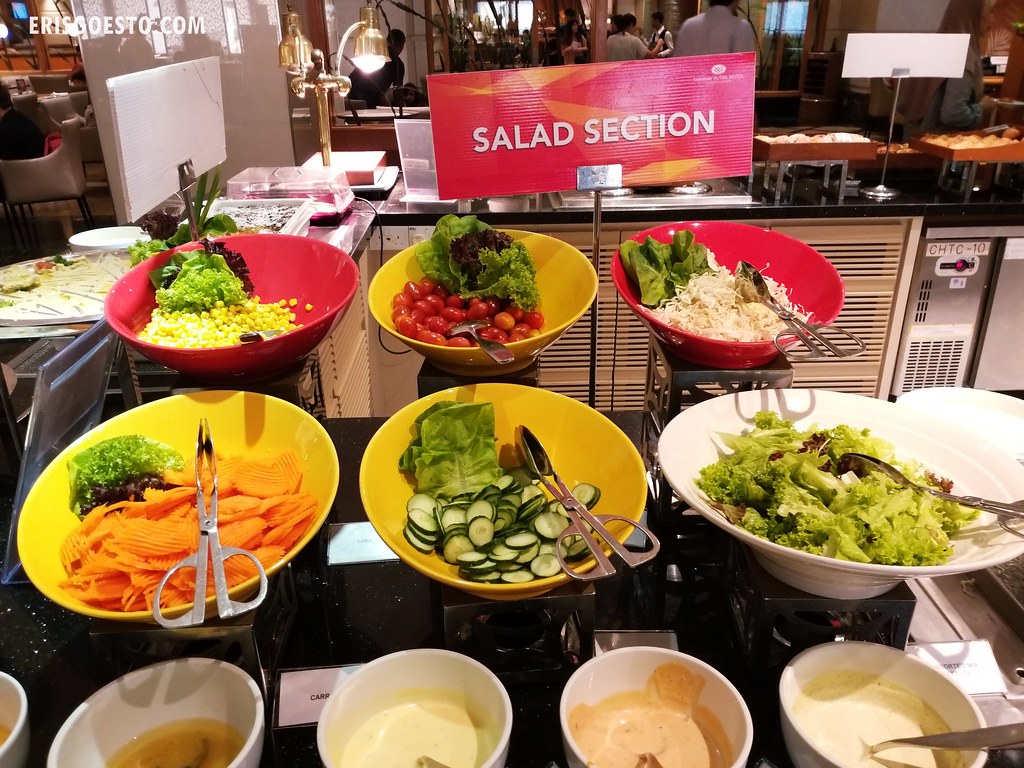 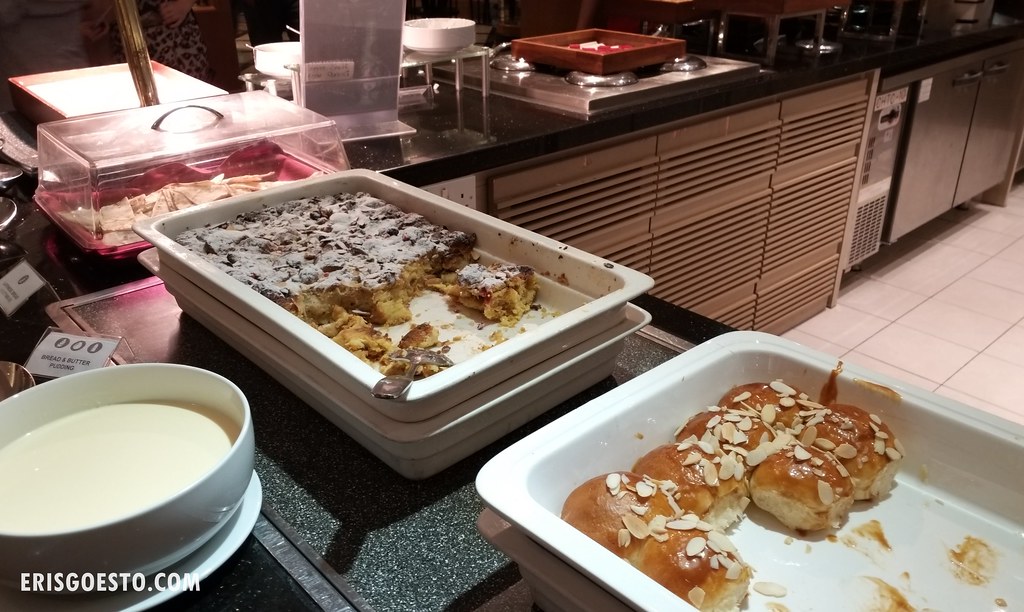 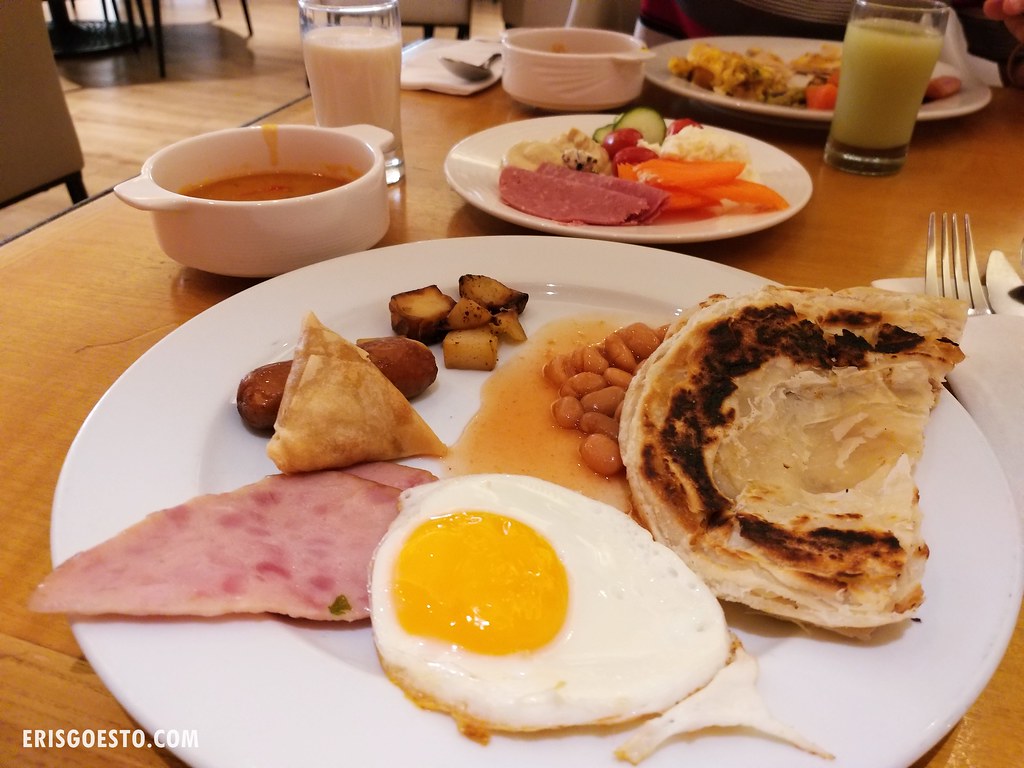 While it’s not located smack in the city centre, Sunway Putra is still a convenient place for travelers, and the price per night is fairly reasonable. The monorail and MRT is within walking distance so you can get to KLCC/Bukit Bintang quickly, and there’s also Sunway Putra Mall which is just downstairs from the hotel.

Disclaimer: I was invited to as a guest to write a review for work. Views here are entirely my own.