Where I work, deciding what to eat for lunch can be a pain since there aren’t too many options (waaaah such a first world problem ._.).

I was out with my Art Director the other day and he suggested we go to this place in SS2 which serves ‘awesome roast chicken’. So off we went to Chan Meng Kee Restaurant. We were really lucky since we got a parking almost right away. When we got to the resto it was full house with a line outside; but again, we got lucky because the table we intended to ‘share’ with decided to leave as soon as we sat down so we had the whole table to ourselves. 😀 Maybe the two of us should go out together more often lol

Basic but clean interior with metal tables and plastic chairs.

AD suggested I get everything so I went the whole hog – crispy roast pork belly (siew yuk), honey basted roast pork (char siew) and roast chicken with springy egg noodles tossed in a dark soy sauce. The portion did not disappoint. 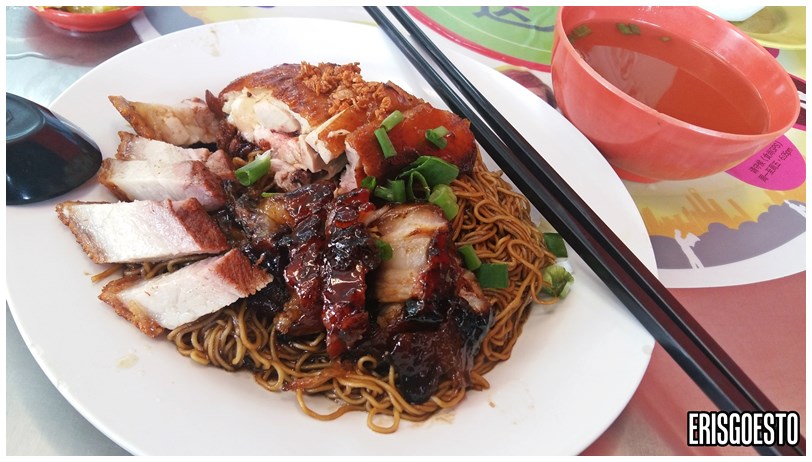 The siew yuk was impressive – crunchy, crispy skin, with a nice balance of lean and fat. The roast chicken was equally stellar, especially the thin but crackly skin that was almost like Peking duck. Char siew… not so much. Too much fat, too sweet and too much char on the sides that it became bitter. The noodles had a nice, springy al dente texture, but there was just too much oil and grease at the bottom to be enjoyable.

I’d come back for the siew yuk and roast chicken tho, because those were good – but perhaps I’ll have it with rice next time.

I woke up feeling like death warmed over this morning. I don’t know if it’s because I slept late last night, or my body just decided to tell me that it was growing old, but I had a massive, throbbing headache. The initial plan was to just lie in and let it subside, but at the mention of roast pork my ears perked up and I managed to drag myself out of bed to join my family for lunch. In my books, one must either be chronically ill or dying to ever say no to a nice slab of charsiew or crispy siew yuk. 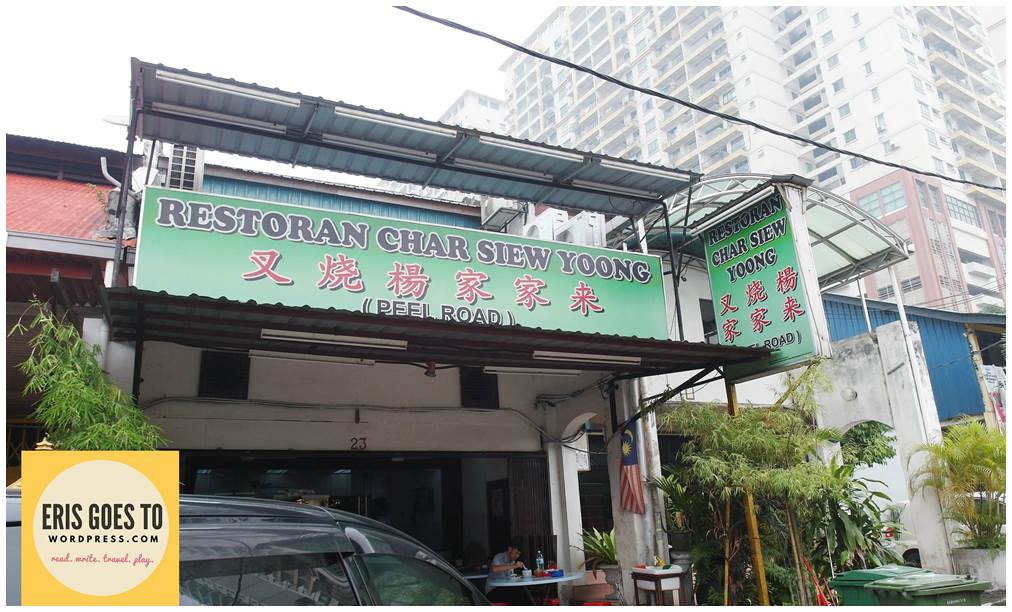 It was a relatively long drive (about 45mins) to Restoran Char Siew Yoong in the city center. Tucked in a quiet alley along Old Pudu, Cheras, visitors will be greeted by rows and rows of glistening roast pork bellies hanging in the front, where the chefs chop and butcher up pieces of meat to be served to patrons on the inside.

First up, we ordered two double-boiled soups – black bean and lou wong gua (old cucumber soup). Double boiling is a Chinese cooking method where the soups are placed in a jar and the jar is then boiled inside a bigger pot. This technique seals in all the flavours, making it rich and hearty.

Time to try out the star attraction – charsiew! This roast meat is very popular all around the world where there are Chinese communities, and can either be either with rice, noodles or stuffed into buns. The meat is seasoned with honey, five-spice powder, fermented bean curd, dark soy sauce and a mix of other ingredients before roasting over with maltose for a sweet, caramel-ly taste.

The version here lived up to its reputation on many online blogs and some newspapers – sweet and glazed, with a melt-in-the-mouth texture. Definitely one of the best charsiews that I’ve ever tasted and highly recommended! Instead of drowning it in sauce, the folks at Char Siew Yoong let the meat do the talking: but if you want more sauce, you can always request it from the staff and they’ll gladly provide you with a bowl of sweetish glaze.

We also had their siew yuk, which is also roast pork belly but with a dryer texture and crackly skin. Just looking at the beautiful layers of fat and lean meat is enough to make any pork lover drool. The skin was very crispy and crunched loudly when eaten, while the pink, lean part was salty goodness. It could have done with more flavour though, but overall, still a very good siew yuk. 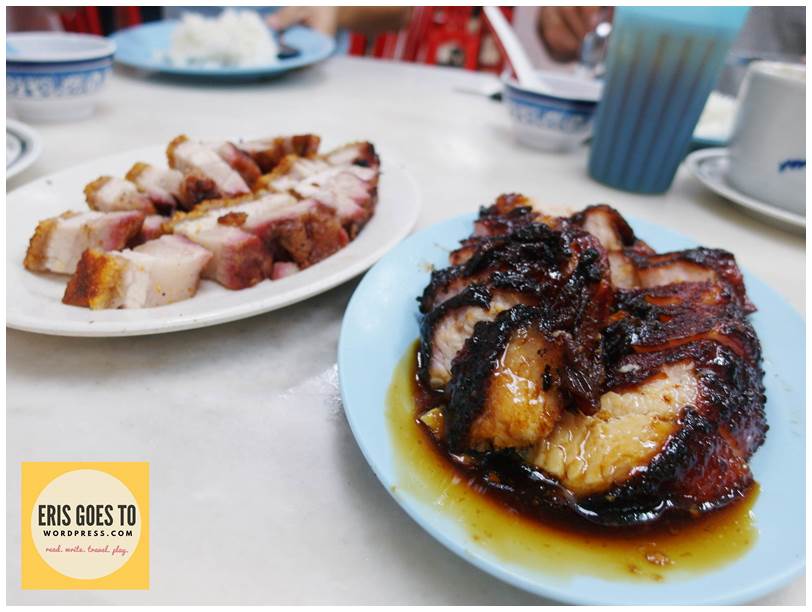 Char Siew Yoong is easily one of the best places for roast pork in KL, as far as my knowledge goes, but feel free to recommend me other places to try! 🙂

Opening hours: 10am – 5pm, closed once a fortnight on Thursdays