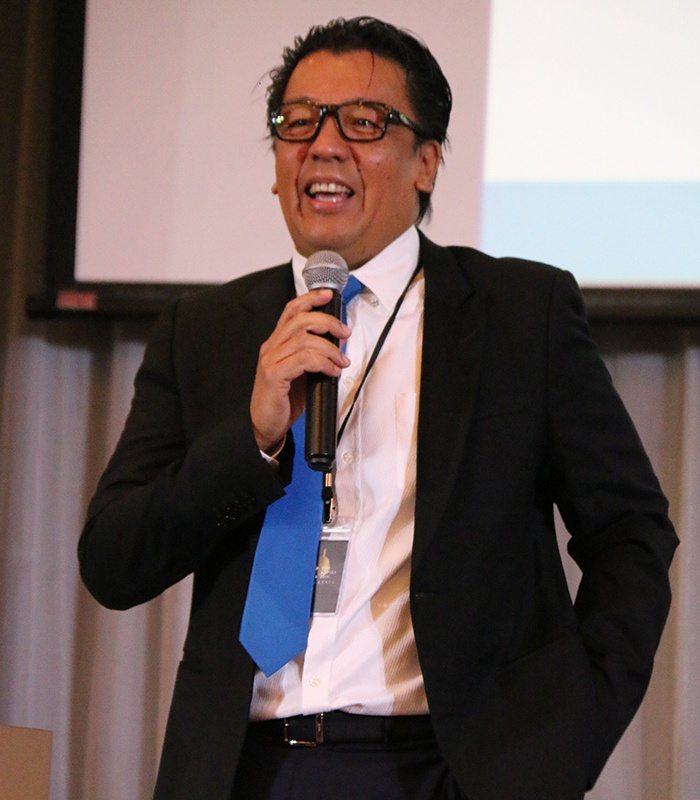 Adapt, or lose out. This is the philosophy when it comes to marketing in today’s world, according to Celcom Axiata Berhad chief executive officer Dato Sri Shazalli Ramly. Speaking during the recent Asia Pacific Marketing Congress (Appies), he shared his insights on marketing in a fast-driven, rapidly changing consumer market.

Business today is not like it was twenty, ten, or even five years ago.

Relating how much the landscape has evolved, Shazalli recounted his days while working at Unilever, managing a ‘big change’ from bath soap to shower gel products. Back in the days, the market was 90% bar soap and only 10% gel – the opposite of what it is today. But in today’s world, thanks to rapidly evolving technology, the speed at which consumer trends change is staggering. And for companies to stay on top, they have to be faster and better than ever.

“Many apps are coming up, killing earlier apps. Now (at Celcom Axiata), we deal with app development for about 35 apps at the same time. Back then, I hardly handled the marketing of one shampoo product a month!” he chuckled. He cited some examples of how technological advances have displaced older consumer models over the years.

“Just five years ago, the day before Raya saw some 185mil SMSes sent out. This coming Raya, you’ll be lucky to get 1mil. Things change very quickly,” he elaborated. Another example was vape, which Shazalli pointed out holds 16% of the market share, a significant dent in the tobacco industry. “Back then, nobody would have imagined you can smoke a steep pipe,” he mused.

But were these technologies disruptive? Gel displaced soap, the same way it did with film and digital cameras. New consumer driven apps like Uber are driving some taxi companies into a corner, while crowd sourcing has helped self-made entrepreneurs remove the need for bank loans. Do they spell the death of conventional marketing as we know it?

Gone are the days of waiting for data to be keyed in and taking years for results and trends to come back to you. Today you have data scientists and analysts at hand, and a small window of opportunity as with so many choices, consumers get bored fast before they move on to the next shiny new thing.

“You can only convert them when you’re at the right place at the right time; and in most cases, consumers behave in a completely different way than what you expect them to be,” he said. To lead the charge for change, Shazaly stressed on the importance of good marketing, with the Chief Marketing Officer (CMO) of a company taking the helm.

Some of the traits that a CMO must have, he opined, was the ability to be dynamic. While acknowledging that tech plays a crucial role in today’s markets, he emphasised that it was equally important to go back to basics.“As a marketer, you have to really understand what your job is about and not get drowned in the latest apps. One should have clarity of vision, and know it better than you know the technology,” he quipped.

A word of advice from the man himself: don’t let ego get the best of you.

“I have 35 years of experience, but learning is synonymous to my name. When you’re agile, you embrace new living better.” He added that he did not look to hire people who claim to be experts, as those are the ‘building blocks of ego’. “I’d rather look for interesting characters who are willing to learn,” he said.

Shazalli believes that as CMOs, it’s a balancing act: being sensitive to unserved customers’ needs, plus being aware of tech trends and how it can help to serve a business. “It’s no longer enough to simply look at a customer’s needs. Marketers and businesses need to respond to things faster than ever before. New products can be replaced instantaneously because tech is made available so quickly,” he said.

Granted, there are still some which combine the best of both: such as the conventional bookstore and Amazon, or patients going to doctors for check-ups whilst monitoring their own progress with Fitbit devices. But Shazalli’s point is clear: it’s sink or swim and for folks who have missed the boat – like Nokia’s inability to provide data plans, which provided an opening for iPhone into the market – it spells bad news.