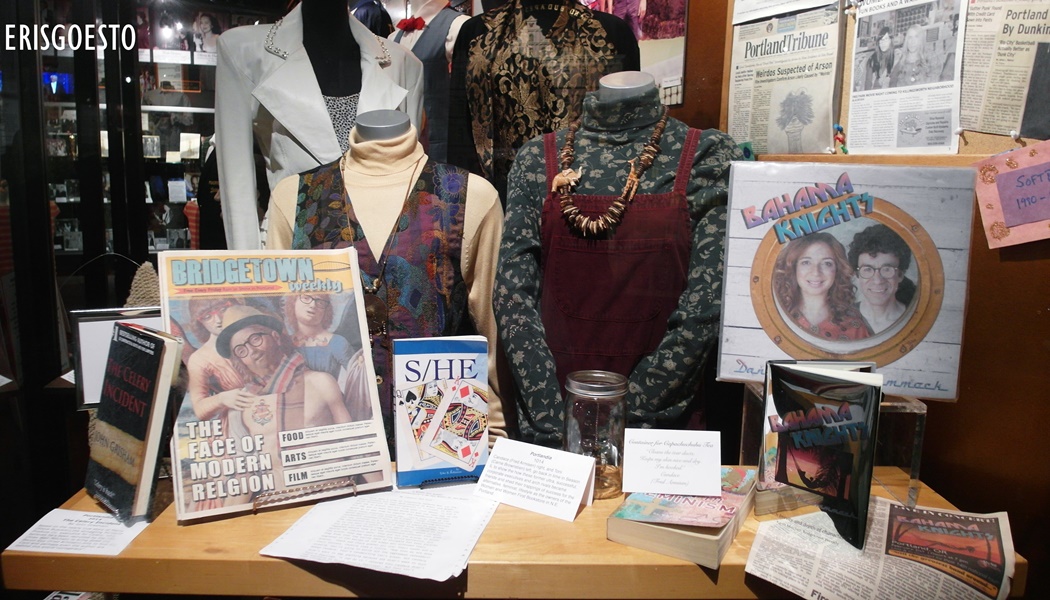 Our last stop at Hollywood was the Hollywood Museum, a tall and narrow-looking pink building some ways down from the main hustle and bustle of the Walk of Fame. Known as the ‘official’ museum of Hollywood, it is housed within the historic Max Factor (the famous makeup company?) building.

Don’t be deceived by its tired-looking facade – there is over 100 years of Hollywood history packed within its walls. Split into several floors, each featuring themed sections, the place is a treasure trove of over 10,0000 movie and television paraphernalia, from costumes to props and other knick knacks.

The ground floor gives visitors an introduction to Max Factor and his brand, which was founded in 1909 and became almost an exclusive makeup brand for many actors and actresses in Hollywood’s Golden era.

It was interesting to see how makeup has evolved over the ages. These days when you say pancake, I immediately think of banana-chocolate pancakes with loads of whipped cream… but back then Pan-Cake referred to face powder 🙂

It was interesting to get to know the man behind the brand, Max Factor – and how he came to be known unofficially as the ‘father of modern makeup’. Before his time, makeup for actors consisted of grease paint which would melt and crack in the hot filming lights.

Ever the innovator, Factor experimented with compounds to form a more convenient, less cakey form of grease paint in convenient jar form – thus making him a leading authority figure in the world of theatrical makeup in Hollywood’s booming theatre industry. Throughout the years he continued to innovate many items.

He was very popular and was known to personally do the makeup for many young stars and starlets in his ‘beauty salon’ – the very Hollywood Museum that we visited. 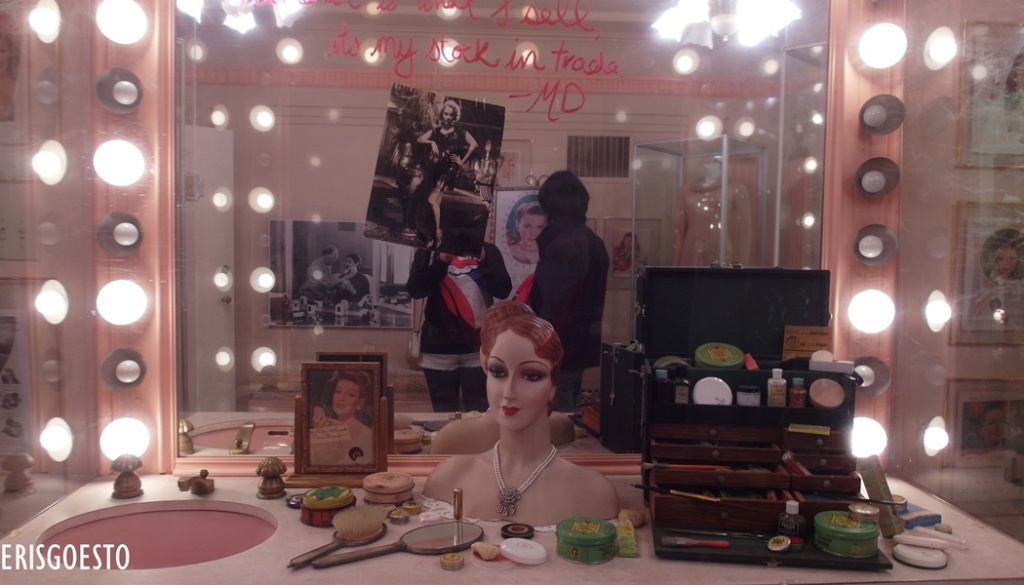 They have rooms dedicated to famous starlets through the ages. Divided into ‘Blonde’, ‘Brunette’ and ‘Redhead’ sections, each was a tribute to a golden girl of Hollywood. The blonde room was dedicated to Marilyn Monroe, plastered with black and white cutouts of the ill-fated starlet, along with makeup items she used before going for her shows. Other notable names in the rooms included Rita Hayworth, Judy Garland, Lucille Ball and Jean Harlow. 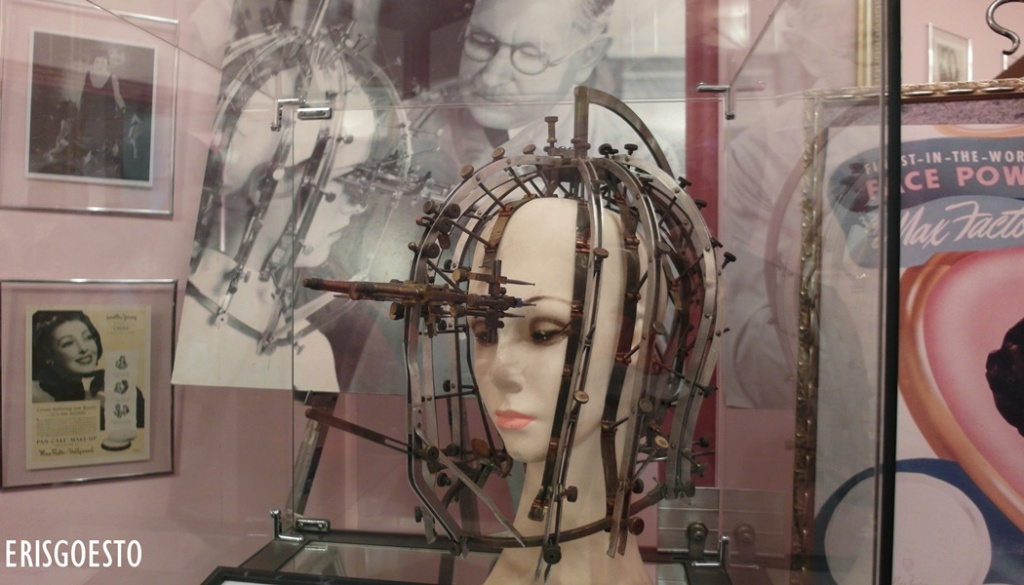 One of Factor’s creations was the ‘beauty callibrator’ – which looks like a torture device .___. It was a measuring device for makeup artists to pinpoint where facial corrections or enhancements needed to be made.

A space documenting Hollywood through the ages(left) and various movie stars(right) through a series of black and white photos. 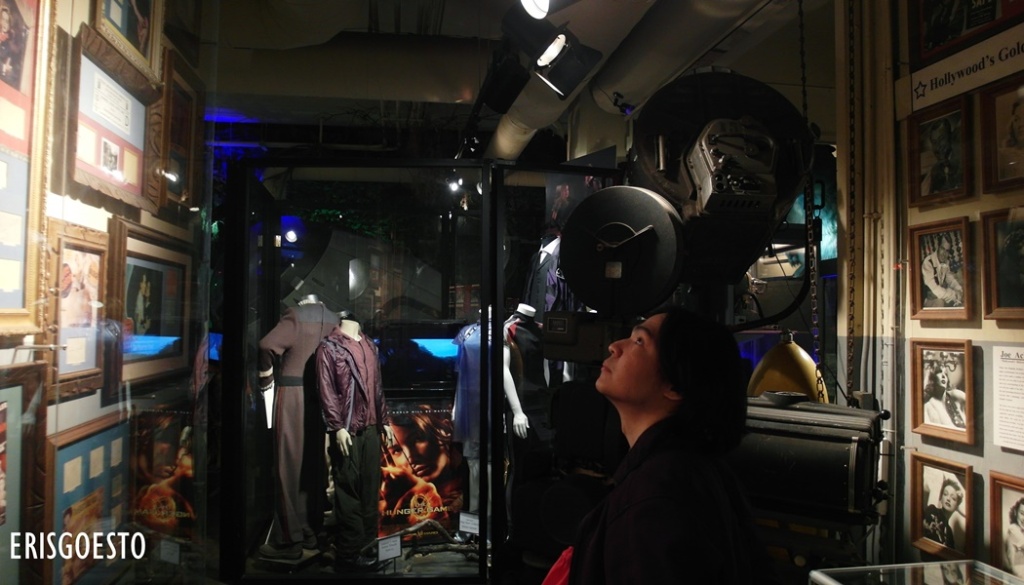 Moving on, we came to a section featuring more recent science fiction and fantasy films. Posters, photos, costumes and props abound! It can get a little claustrophobic because of the sheer number of items and the limited space.

Masks used for the original Planet of the Apes. Is it me or does that mask look like the one in Mrs Doubtfire? 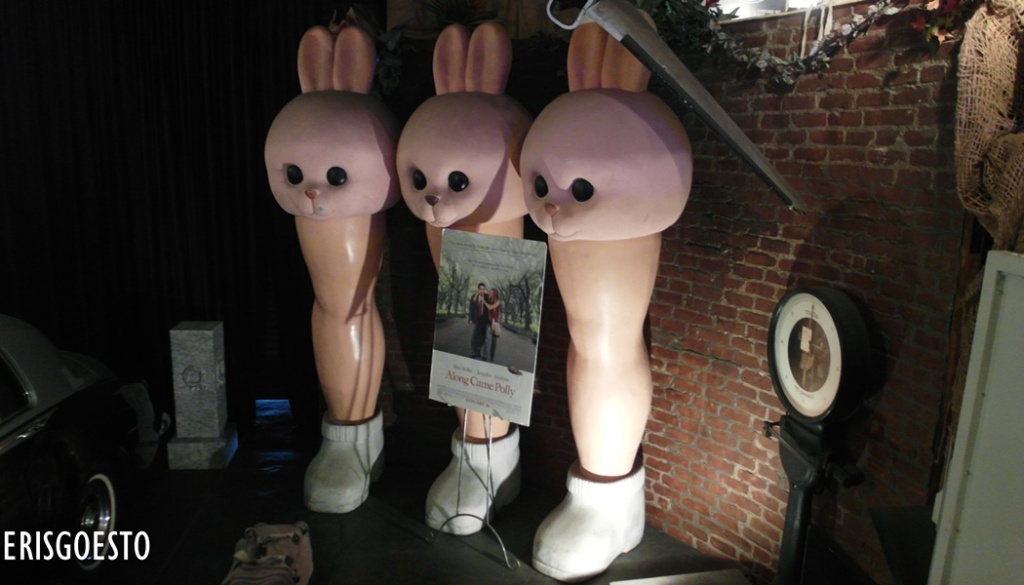 Did you guys watch Along Came Polly? These rabbit feet statues were freaky!

Old movie posters and other paraphernalia.

A cutout of the Grand Budapest Hotel from the Oscar award-winning movie. 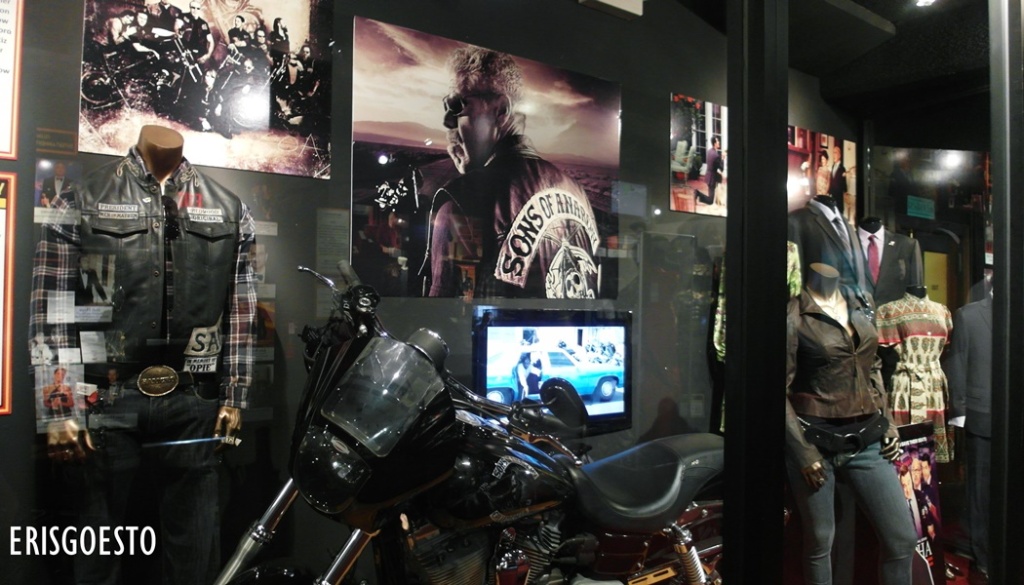 Many, many, many costumes. Not limited to movies, but also TV shows. Cowboy sets, biker leather jackets, medieval armor… you name it, they got it. 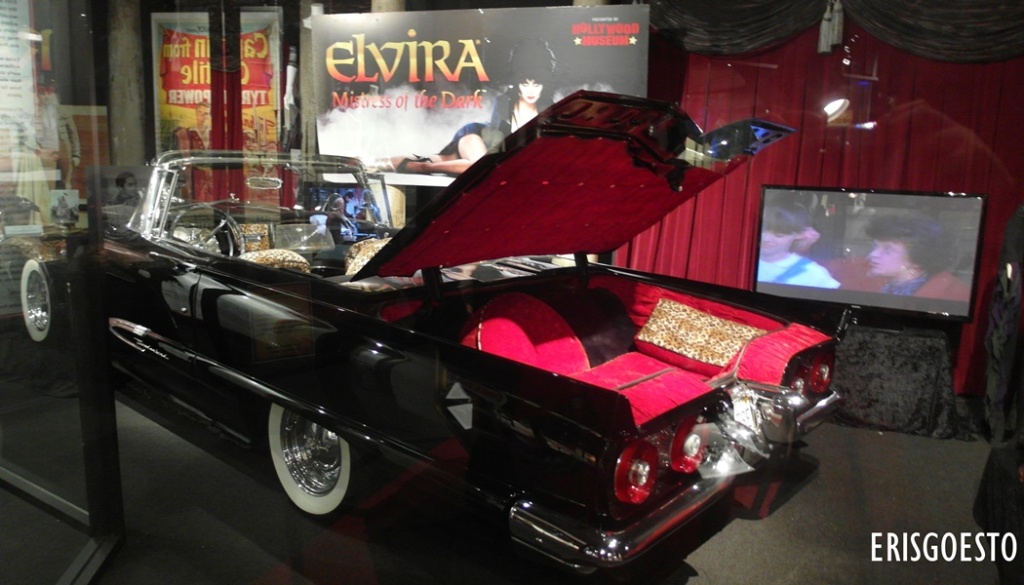 A car from the Elvira series! They never showed this in Malaysia.. because, well, Malaysia, you know. 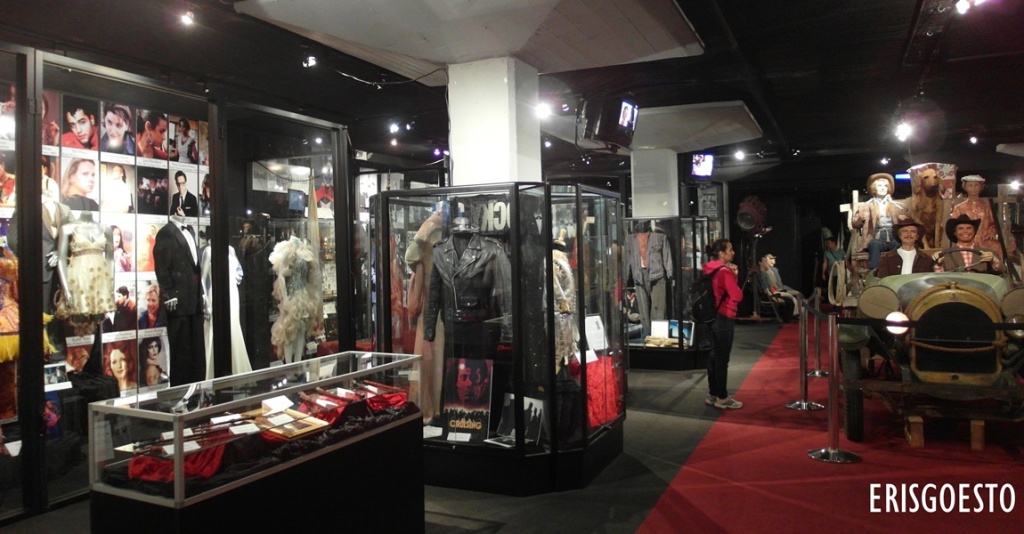 More a cluttered archive than a museum. Probably decades of movie items all in one place. 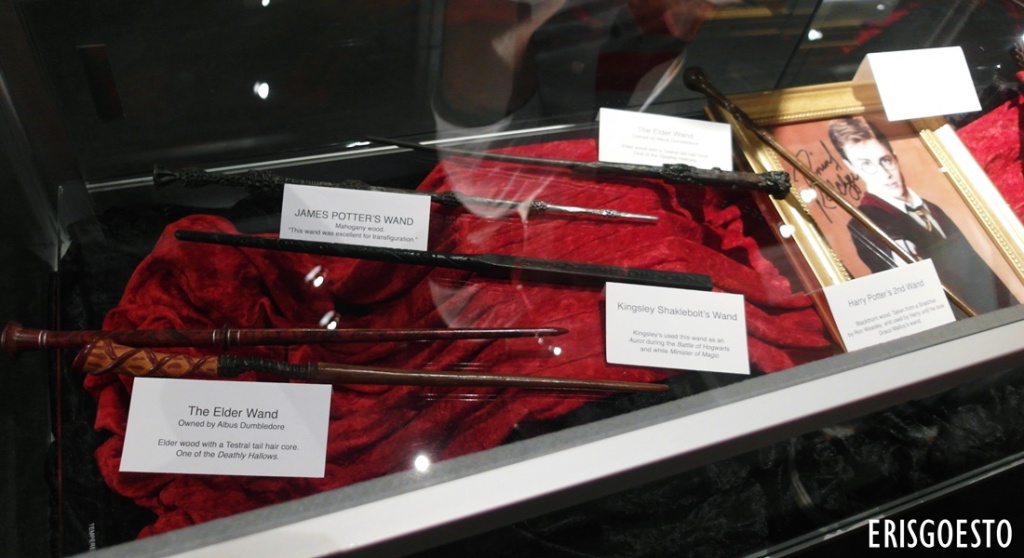 Wands from the Harry Potter saga.

We finished off our visit with a tour to the basement, which is dedicated to all things scary and macabre. Apart from the dim lighting, the fact that the air conditioning was on full blast and that it was deserted spooked us out. 😀 There are models and mannequins of horror film villains like Freddie Kreuger and Jason from Friday the 13th.

We spent quite awhile exploring the place because there were many things to see and read up on. Although the exhibits are not interactive, it more than makes up for it by the sheer history and background of the place. If you’d like to know more about Hollywood and it’s history, this is the place to go. The entry fee is not exorbitant as well. Give the Guinness Museum a miss, and head here instead! 🙂