It’s Day 9 of the Movement Control Order here in Malaysia. Despite having more time on my hands, I haven’t been reading as much as I’d like to. My attention span is so short these days, it’s hard to concentrate on anything (gadgets are partly to blame). But enough about my poor reading habits – let’s talk about a book I finished recently – Lotus by Chinese author Lijia Zhang. Lotus is Zhang’s debut novel, and chronicles the life of a young prostitute, the eponymously-named Lotus, and the characters that come into her life. 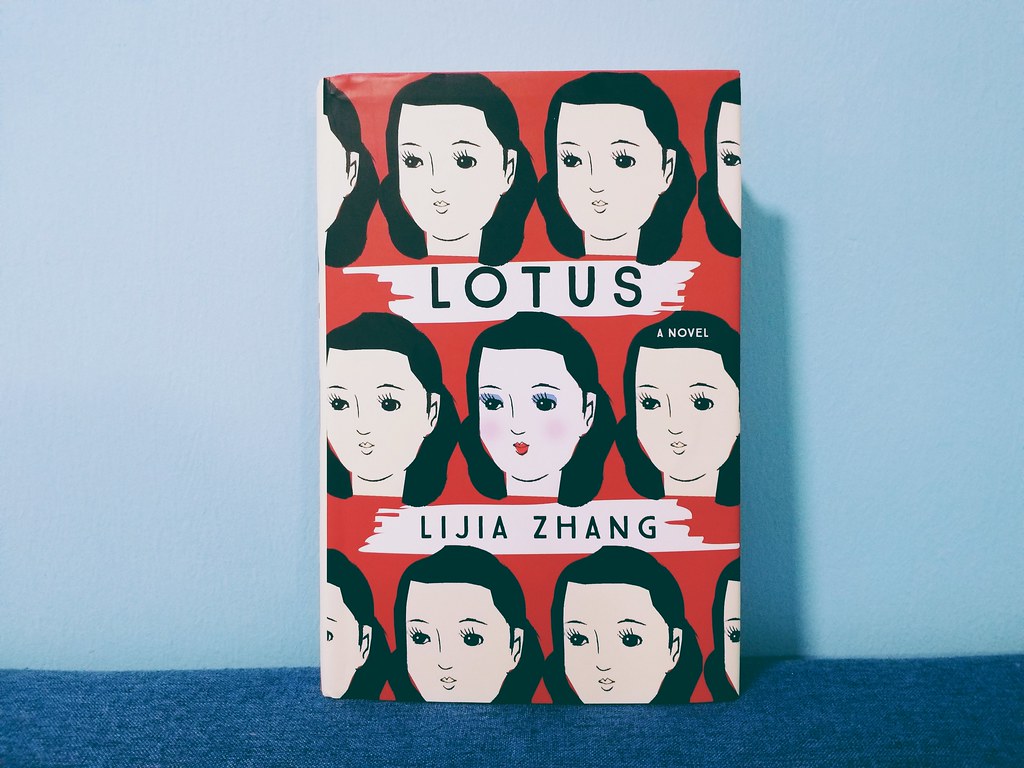 The story opens in the bustling Chinese city of Shenzhen, where Lotus is nabbed by an anti vice squad on suspicion of being a ji (prostitute). She is rescued by Bing, a freelance photographer who has been documenting the lives of working girls as part of a photojournalism project. Initially suspicious of his intentions, Lotus begins to trust him more and agrees to be photographed for his project. A friendship starts to blossom, and we soon learn the reasons for Lotus’ involvement in the world of prostitution.

Like many migrants from rural China, Lotus came to the city in search of a better life, against her family’s wishes. Determined to put her younger brother Shadan through university, Lotus takes up a low paying job at a factory together with her cousin. After a factory accident kills her cousin, Lotus wanders into the city, blaming herself for her death. Ashamed to return to the village and with no other options, she gets into the sex trade.

Bing, who himself has a troubled past, finds himself falling more for the down-to-earth Lotus. The two eventually become lovers, and Lotus gives up her work in the hopes that Bing will marry her. But as Bing’s career soars after his photojournalism project gets picked up by news outlets, and he is offered a lucrative job offer a national newspaper, can their fragile relationship endure the challenges that are thrown against them? And is what Lotus feels love, or just longing for a stable life away from the streets, and a financially secure future for herself and her family?

Inspired by the tale of her grandmother, who was sold into a brothel in the 1930s, Lijia Zhang’s first fictional work is based on the academic work of two American researchers on the modern Chinese sex trade, as well as Zhang’s time volunteering at an NGO which helps working girls in China. The story is almost autobiographical, and readers are led into the ‘world’ of Lotus, which is very much rooted in real life.

The strength of the novel lies in its multidimensional characters, and Zhang skilfully peels back the layers of their narratives. There’s Little Jade, who was sold off by her parents due to poverty and forced into the sex trade; Mimi, who is in an abusive relationship and keeps getting abortions in the deluded belief that her boyfriend somehow loves her and Xia, an elderly ji who works as a prostitute to help provide for her sick son’s medical bills. They each have their own hopes and dreams, and they cling to them in hopes of a better future, despite how life has turned out for them.

The characters themselves are also used to highlight prevalent social issues in modern Chinese society, such as materialism and corruption, the negative impacts of modernisation, internal immigration, class struggles, and more. An example of this can be seen through Lotus herself. Disillusioned by a seductive dream of an easier life, she leaves her village only to find the bitter and harsh reality of living in the city. When her cousin dies, she hopes to get fair compensation, but is instead fired from the factory – leading her down the path of prostitution as a means of survival. Meanwhile Bing, as an up and coming photographer, has to deal with greasing up politicians and big shots despite knowing the extent of their corruption, just to climb the social and corporate ladder.

I actually really liked the complexity of Bing’s character, a man who is kind yet torn between his desire to love and a desire to make a name for himself after having been called a failure for much of his life. He is apparently based on the late Zhao Tielin, a Chinese photographer who lived among prostitutes in the Hainan slums. I actually went to look up his photos after finishing the novel, and they are both beautiful, sad and haunting. You can check them out here.

I also enjoyed Zhang’s writing, which is easy to digest and peppered with prose. Chinese as a language is pretty far removed from English, and there are idioms or sayings that may be difficult to translate into English, or may feel somewhat stilted. In Lotus, however, they take on a melancholic, poetic quality. The beginning of each chapter opens with an idiom, and its characters also regularly talk in prose. When I was a kid I used to listen to many of these old sayings (from mom, or old wuxia films) not fully comprehending their meaning. Now that I’m older, they make so much sense, and I can truly appreciate how beautiful the language is. Eg : “Where water flows, a channel is formed” (meaning where there’s a will, there’s a way – but it sounds so much cooler in Chinese lol), or “Every river has its source, and every tree has its roots” (meaning that we all come from somewhere, and we should not forget our roots).

All in all, Lotus is an excellent novel that encapsulates the human spirit and our desire for a better life, but it’s also a novel about people finding their way in the world in the face of adversity, whilst also touching on socio-economic issues in China that are often swept under the rug.