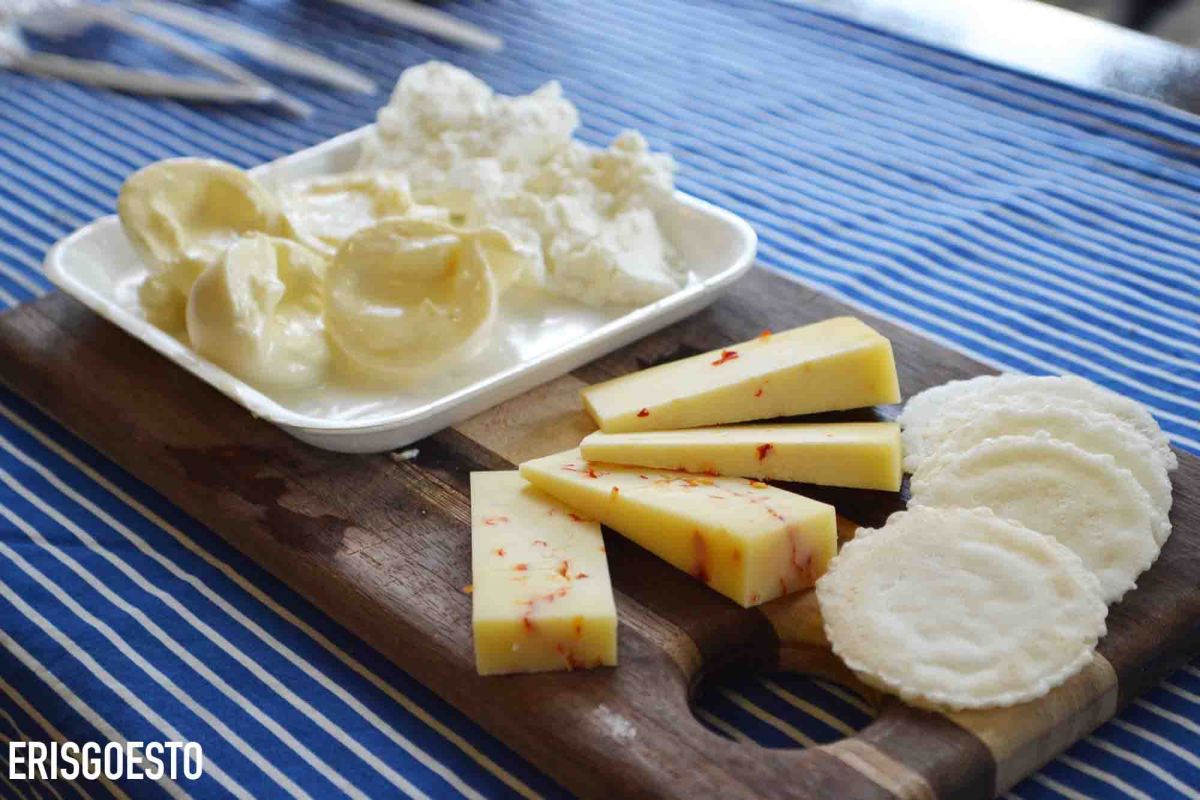 There are so many gems (of the gastronomic variety!) to be found in the old neighbourhood of Carlton in Melbourne – especially in its Little Italy district along Lygon Street, which is famed for its pizzerias, alfresco dining cafes, bakeries and Italian restaurants. For stout dairy devotees, a must visit while in this part of town is La Latteria. Don’t let its humble-looking facade fool you: the place has its own ‘Mozzarella Laboratory’, and churns out fresh cheeses that are hand-stretched and shaped here daily, in addition to milk, yoghurt, cream, hams and other goodies you’ll find on a table in Italian homes.

Upon entering, we were greeted by a beautiful display: slabs of cheese wheels, round balls of fiore di burrata and buffalo mozzarella soaking in brine, olives, peppers, as well as stacks of sausages and hams. Hailing from Malaysia where knowledge of ‘popular’ Italian food is generally limited to things like pizza and pasta, I was glad that the outlet’s friendly proprietor, Katia, had the patience to walk me through some cheesy terminology:

Cheeses at La Latteria are freshly made from pasteurised milk sourced from Melbourne’s surrounding Victoria region.

We tried the latter three, served on a wooden chop board with thin wafers. The Fiore de Burrata, made from buffalo milk rather than regular cow’s milk (it’s supposedly lower in cholesterol and rich in vitamin A) was my favourite – the ball had a soft, bouncy texture and a fresh creaminess that was not cloying, while the centre was oozy, light and savoury. Eaten cold, it was super addictive even on its own. Similarly, the ricotta was rich in flavour but light, with an airy texture: perfect for desserts, pastries or added on pastas. The pecorino was good, a bit on the salty side, but then again I’ve always preferred squishy, chewy cheeses over hard ones.

Tempted to bring some of these goodies home, but I still had a couple of days to go around Aus and storage would have been a problem. 😛

Still reminiscing on that amazingly light but creamy flavour of the burrata as I type this *drools*.