Curious about the sounds of traditional Japanese music? Four master musicians will be in town on February 11 for MUSASHI: Music From The East – a one-night only performance at Rex KL. 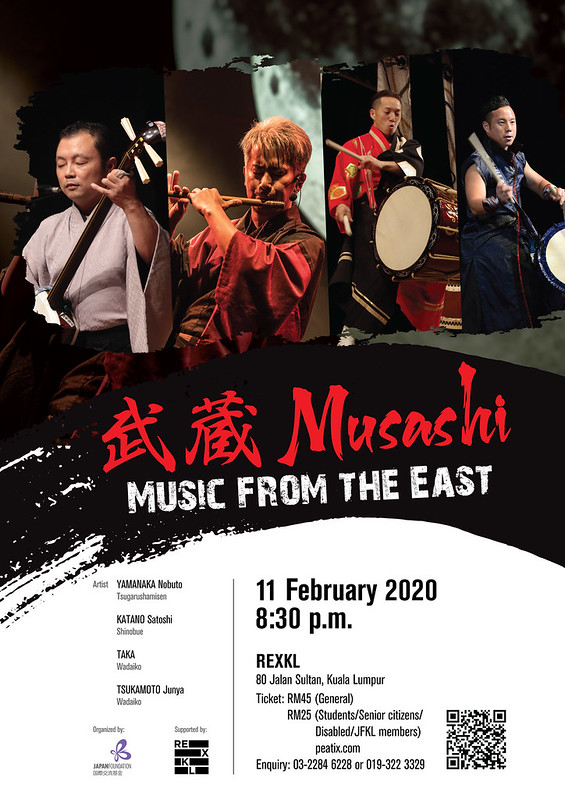 Here exclusively on invitation by The Japan Foundation Kuala Lumpur, the four are Nobuto Yamanaka on the tsugaru-shamisen (a three-stringed instrument with a distinctive lilt, inspired by the Chinese sanxian), Satoshi Katano on the shinobue (bamboo flute), and Taka and Junya Tsukamoto on the Wadaiko (Japanese drums). The show will feature a wide range of Japanese songs, from traditional to the contemporary. 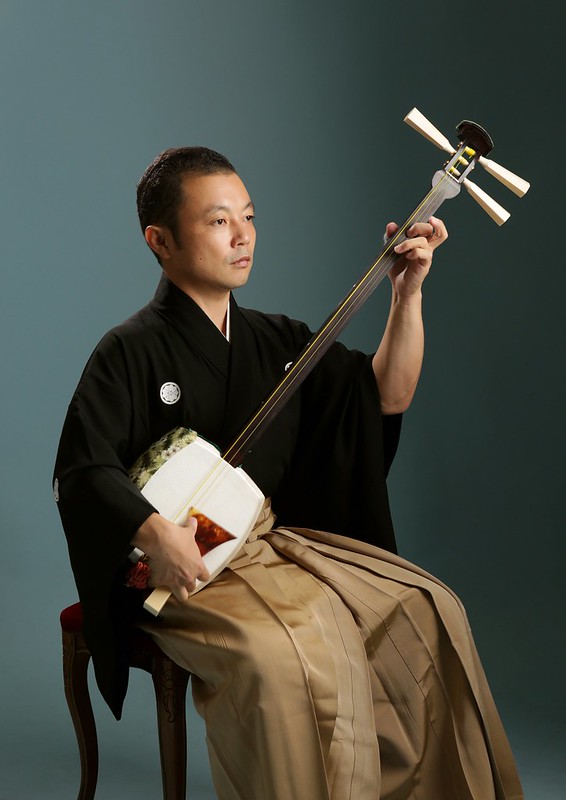 After graduating from intermediate school at the age of 15, Yamanaka became a live-in apprentice to the late Tsugaru-shamisen master Yamada Chisato for four years, before becoming a master of the tsugaru-shamisen.

In 2018, he was inducted into the hall of fame after becoming a three-time winner in the A-class division of the Tsugaru Shamisen World Tournament, as well as three time champion of the Tsugaru Shamisen’s National Competition. His powerful style of playing and well emoted sounds has earned him a reputation that transcends the shamisen, and he is frequently involved in performances of different genres. To date he has performed in over 38 countries. 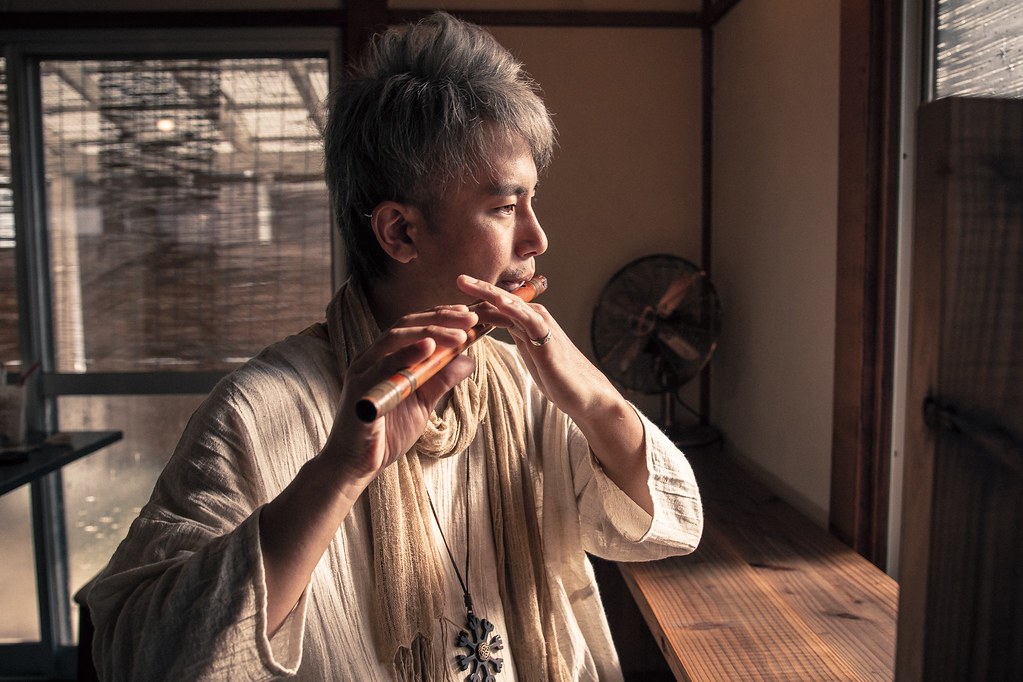 Born in Chiba, Katano began playing music when he was just nine, influenced by his father. He started a solo career as a shinobue player in 2008 and won the National Yokobue (Cross Flute) contest in 2013, and the All-Japan Yokobue Contest in 2017 and 2019, among other accolades. Currently based in Fukuoka, he continues playing the Shinobue while working as a boatman. 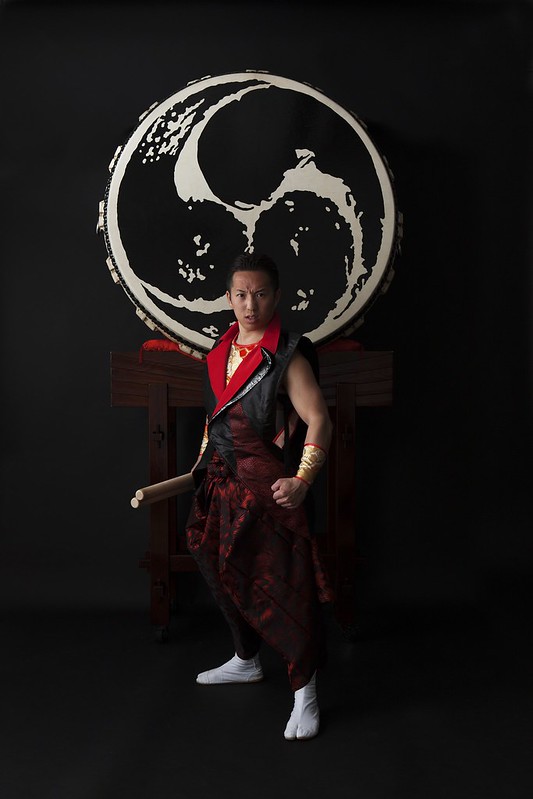 TAKA is an award-winning Wadaiko player and Japanese calligrapher. He started playing Wadaiko since he was seven years old. After graduation, he started to work as a solo Wadaiko player in earnest, and opened a Wadaiko class “DAGAKU” in 2009. In 2013, he formed a performance group “Wadaiko Akatsuki”.TAKA won the Minister of Education, Culture, Sports, Science and Technology Award as the best Otaiko (large drum) player at the “World Wadaiko Uchikurabe Contest” in Okaya Taiko Festa in 2015. In 2017, he won the same prize in the ensemble taiko drumming section. In 2019, TAKA was awarded the Prefectural Governor Award as the best drummer in a single drumming contest in “OTAIKO HIBIKI Festival”. He is currently studying tsugaru-shamisen under master Yamanaka Nobuto. 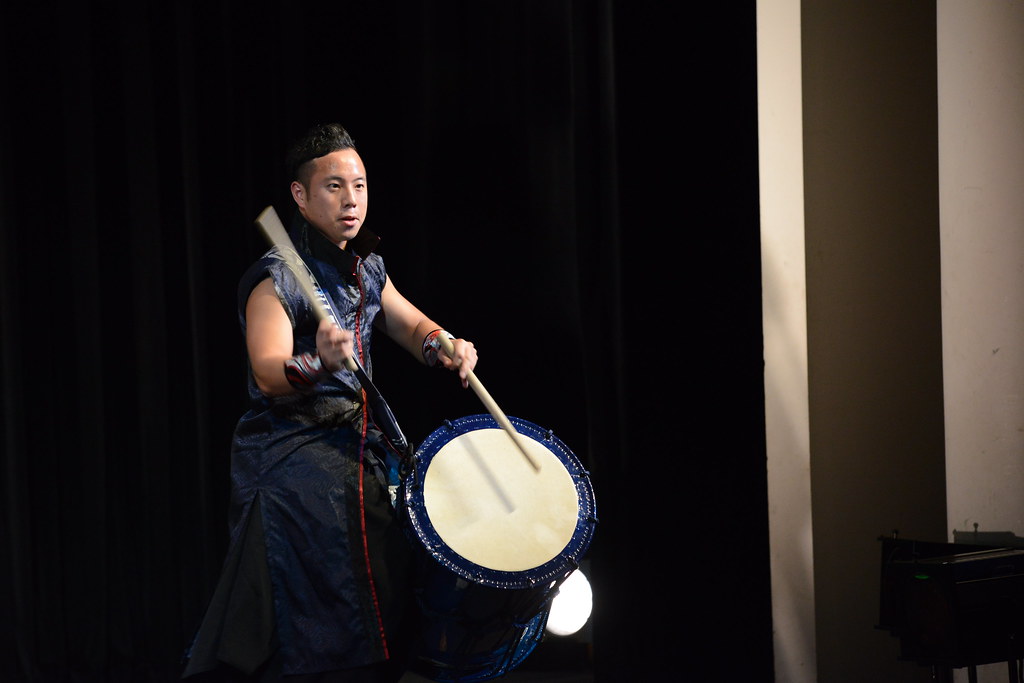 Tsukamoto started playing the Wadaiko when he was just five.  In 2012, he performed with Kanjani Eight (a famous Japanese boy band group) on Kohaku Uta Gassen, a famous Japanese TV show. He then joined
“Wadaiko Akatsuki” in 2013 and won an Excellence Prize in the soloist division of “Fujisan Otaiko Uchikurabe Contest” the following year. In 2018, he toured three countries in Central and South America and has performed in over nine countries to date. Not one to rest on his laurels, Tsukamoto is studying both the tsugaru-shamisen and shinobue instruments.

MUSASHI: MUSIC FROM THE EAST