Update: This cafe is permanently closed.

Waffles are amazing. Simple yet versatile, one can have it plain or spice it up with various ingredients like cinnamon, honey, chocolate sauce… the list is endless!

I recently got my waffle fix at Madame Waffle in IOI City Mall, Putrajaya. Priding itself in serving ‘artisan Belgian waffles, specialty coffees and teas’,  the Japanese-inspired local brand recently celebrated their first anniversary with a promotion. Original and Matcha flavoured waffles sold for only RM1 each! Needless to say, the kitchen had their hands full catering to the long lines of customers…

Unlike conventional square-shaped waffles, the ones at Madame Waffle are round;  like a fat, criss-crossed pancake. There are plain ones and flavoured ones, such as Green Tea, Cinnamon, Chocolate, etc. There are also the premium platters which come with stuff like ice-cream, sides, etc.

Only RM1 ! The usual price for these are between RM6-8. I tried the Matcha flavour, which had a sweet but slightly bitter aftertaste from the matcha powder (which was quite pleasant, actually). The texture of the waffle was nothing like normal waffles at all. It was like a cross between very chewy bread and a glutinous rice bun, or sweet potato cake.

The plain one was sweet and slightly doughy.

I really liked Madame Waffle’s take on the well-loved dessert. Will be coming back to try more ! 🙂

I don’t usually like going out on my days off but last Saturday (one of the rare occasions where I actually had a weekend off!) I decided to get out of my shell and hang out with C.

After walking around for a bit, we stopped by for tea at a small cafe/kiosk called Cha Tra Mue, which specialises in Thai tea. Apparently it is a popular brand in Thailand ‘Since 1945’ as it’s signage says.

Small, open-concept space with wooden chairs and tables as well as some cosy couches. They have limited items on their menu and only serve drinks, so if you want a nibble I suggest you go to Just Pie next door.

I like how they’ve fitted cabinets in their counter to maximise on the small shop space. Rows and rows of tea boxes are kept in cabinets, which were also for sale.

I think the machine broke down or something because they took a good 15 minutes to prepare two cups of tea. I ordered their signature Thai Milk Tea (Cha-Yen), which comes in hot and iced versions. The ‘hot’ portion was crazy small imo.

I have never tried Thai Milk Tea before, so when I lifted the lid I was surprised to see that it was a distinctive tone of orange and not a light, milky brown (it’s not very visible in the above pic but I can assure you it looks like they put colouring in it) Cha-Yen is made from strongly brewed black tea added with orange blossom water, star anise, crushed tamarind seeds and orange food colouring (hence the colour). It tastes similar to our local teh tarik but sweeter as they add sugar and condensed milk.  You can also taste a slight hint of the spices. I wouldn’t recommend it for diabetics, because the stuff is really sweet. I kind of like it though. 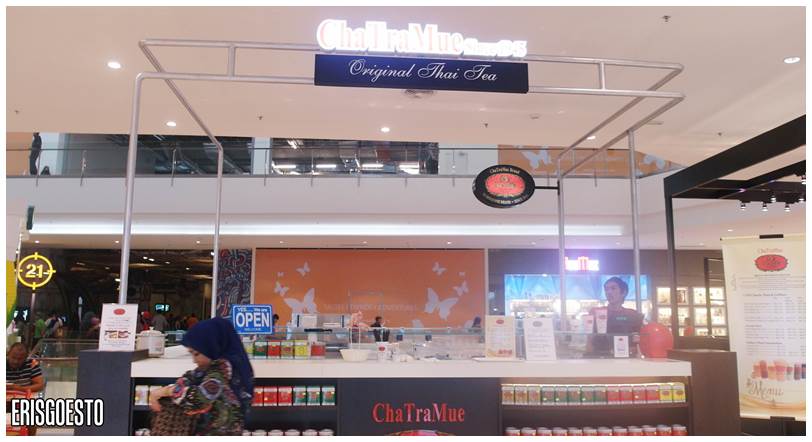 Not hard to miss kiosk cafe, since it sits in the middle of the shopping mall just opposite the ice-skating rink.

Teas that you can buy and make at home. 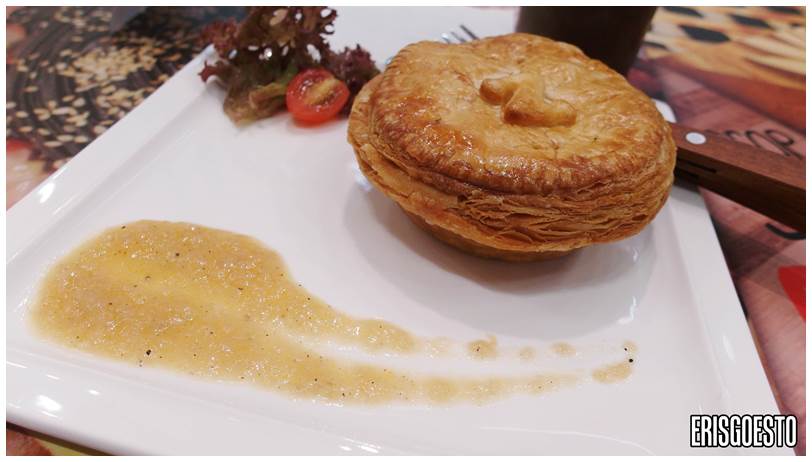 Nothing screams comfort food more than a warm and toasty pie. And while the sweet varieties of apple and peach are great, the meaty, savoury ones are those that I hold close to heart…. or stomach, more like.

While roaming around IOI City Mall in Putrajaya for lunch, a small kiosk caught my eye – thanks to its lovely displays of golden brown pies. Since they looked really good, I decided to give Just Pie a try.

They serve mostly savoury and sweet pies, from steak and mushroom to curry chicken and apple/peach varieties. I ordered a Steak N Cheese for my lunch, along with a Latte to wash it down. 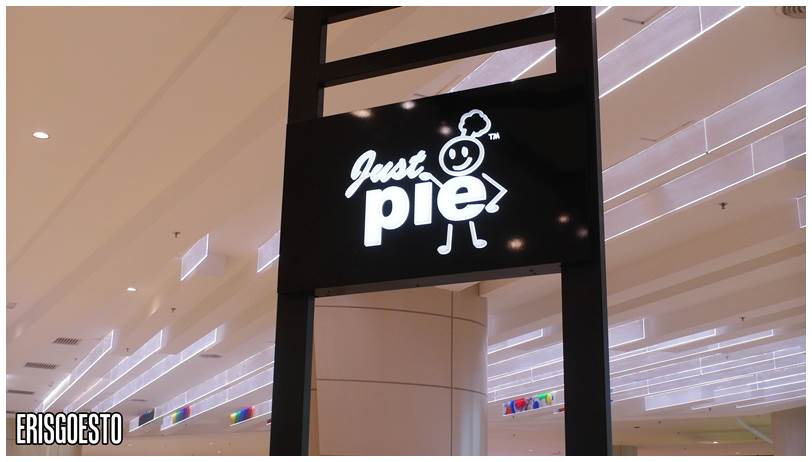 The tabletops are pies.

The outlet is cosy and warm, with wooden accents matched with black.

They mistakenly gave me an iced chocolate. I didn’t request to change it because the chocolate drink was pretty good – thick and sweet even with ice, which is just how I like my iced chocolate. I find a lot of versions to be too watery and sugary, but this has a really strong chocolatey flavour.

The pie itself was medium-sized with a flaky pastry and nice, meaty chunks of warm steak and soft carrots in a gooey, cheesy sauce. Perfect for a rainy day! 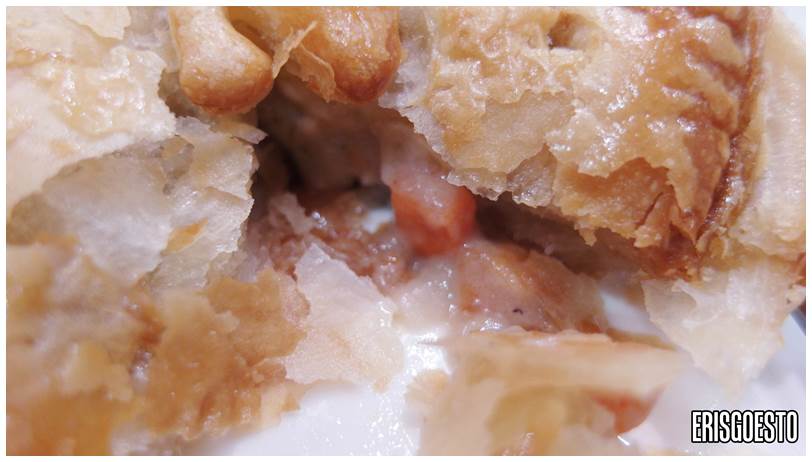 They also have other outlets in Glenmarie Eagles Hospital and Mid Valley Megamall, KL.